Turner Classic Movies featured an Alfred Hitchcock marathon on New Year’s Day.    Among the several I watched was, of course, The Birds, a movie that I have always loved for many reasons, among them was that it was filmed in Bodega Bay, an area near where I grew up in Santa Rosa and with which I am familiar.  After watching the film I realized I had to feature a photograph on my blog  that somehow depicted  The Birds.  Of course, I can identify with the bloody results of a bird beak attack, having suffered many such excruciatingly painful injuries over the years inflicted by Bobo.   But, I wanted to feature some of the thugs depicted in  The Birds.

I photographed these Laughing Gulls from the ferry on the way to the Bolivar Peninsula from Galveston, Texas last April.  Since the gulls and the crows wreaked the most havoc in the film and since I have no photographs of crows, I thought  gulls would be appropriate.  Looks like this pair is headed in for the kill! 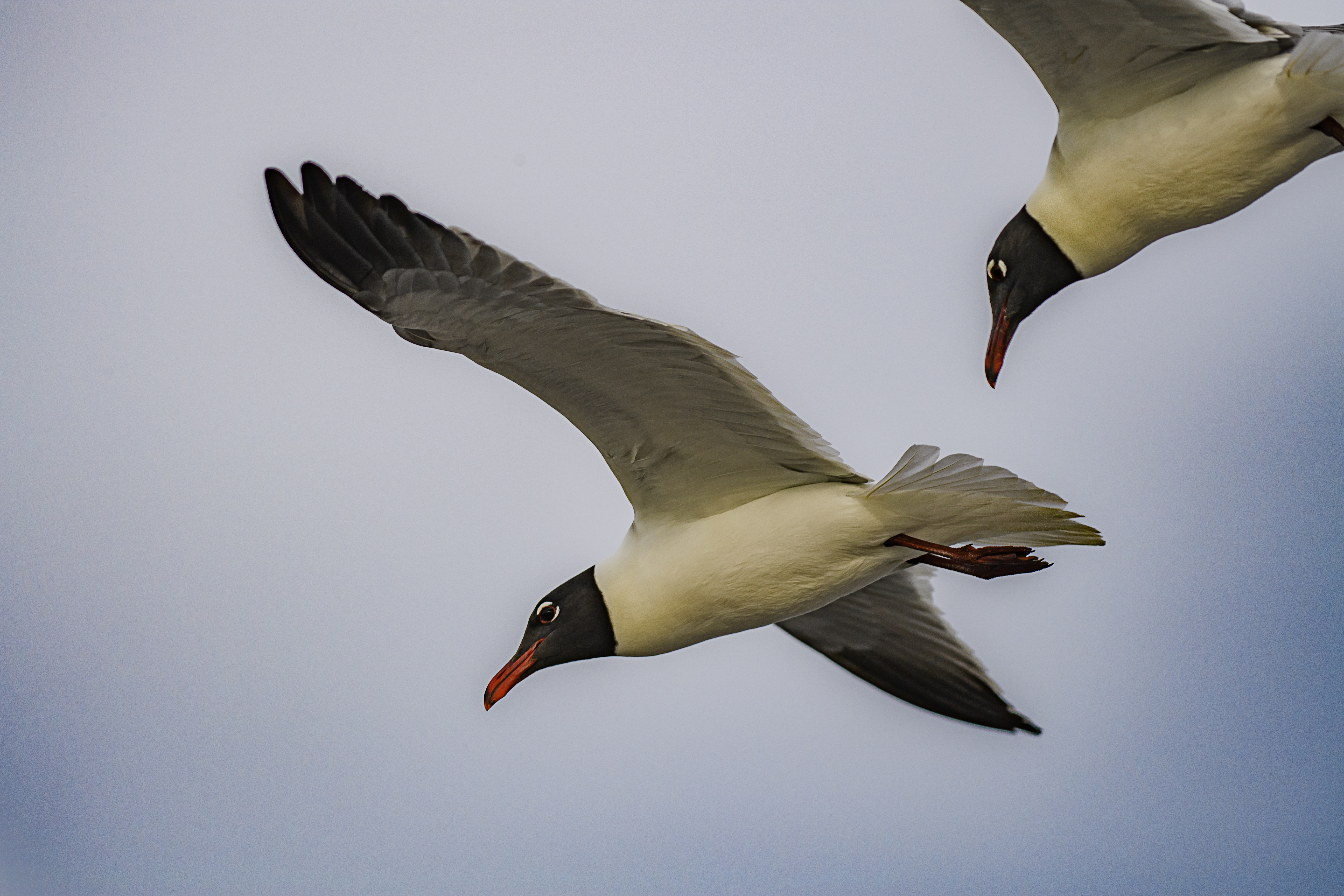