After posting the gull photograph yesterday that was a rather loose interpretation of Alfred Hitchcock’s The Birds,  I got to wondering about more gull photographs I may have taken so I reviewed my beach panning photos from North Padre Island in Texas.  I had completely overlooked a group of gull shots I took in the first minutes of my first attempt at beach panning.

One of the beauties of this technique is that the photographer is so close to the ground he creates a unique point of view that causes the viewer to wonder  “how did he do that?”  Well, I have to say, I’m wondering about this shot myself and I took the photograph!    I know I was laying on the beach and my camera was resting on its Frisbee with the lens focused on the gull walking into the surf.  But now that I look at the photograph, I see only water at the bottom of the frame and no sand between me and the bird.  In order to figure out what  was going on in this photograph, I reviewed the shots leading up to this one.  For about 30 seconds, I  tracked and photographed this gull as it approached me on the beach.  In the first several shots, the sand is clearly visible.   Then the surf splashed in and surrounded the gull who continued to walk through the water.  The water rolled up the beach toward me.  After  looking at these photos, I remembered that almost immediately after I started my first attempt at beach panning, I was forced to stop and pick up my camera rig to save it from being inundated by the surf.  That is why there is no sand showing.  There was no sand to show.  The mistiness at the bottom is the out of focus foam of the wave. 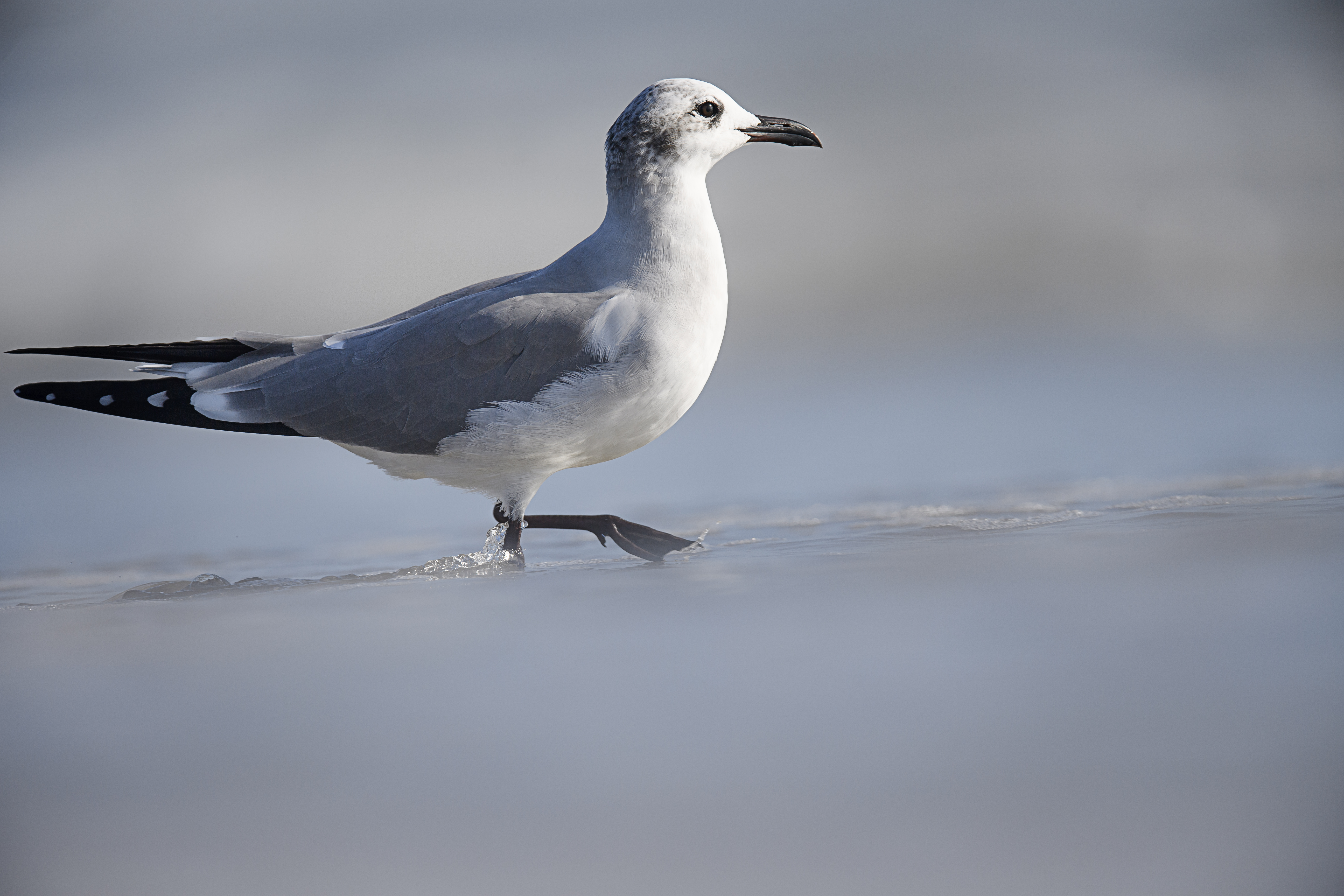