Costa Rica has about fifty species of hummingbirds and seventeen of them can be seen on the Osa Peninsula where I just spent six nights.    I caught fleeting glimpses of six different species of hummingbirds in and around Luna Lodge where I stayed,  but couldn’t photograph those birds in flight.  Luck was with me on Monday, though.  We had shouldered our tripods and long lenses to the lodge’s corrugated tin roof open air workshop at the top of a steep side road a few hundred yards from the lodge entrance, in search of the elusive blue crowned motmot.  The workshop’s cement slab is surrounded by lush, dripping rain forest foliage, including exotic heliconia, a favorite food of the white-tipped sicklebill.  Suddenly, this hummingbird with its extremely decurved bill (the term used by the Costa Rican bird book to describe a bird beak that curves downward) flitted into view and appeared to wrap itself around the pendulous red bracts, sinking its beak deep into tubular yellow flowers.  A brief burst of our shutters and it was gone.  I was thrilled to discover that one of the five shots I took actually captured this unusual and relatively rare bird as it hovered near the heliconia, showing its profile.  I was the only  one of our group lucky enough to capture the bird in this view.  Here are both the lucky shot and one showing the hummer wrapped around the bract, using its tail similar to the way  a woodpecker steadies itself. 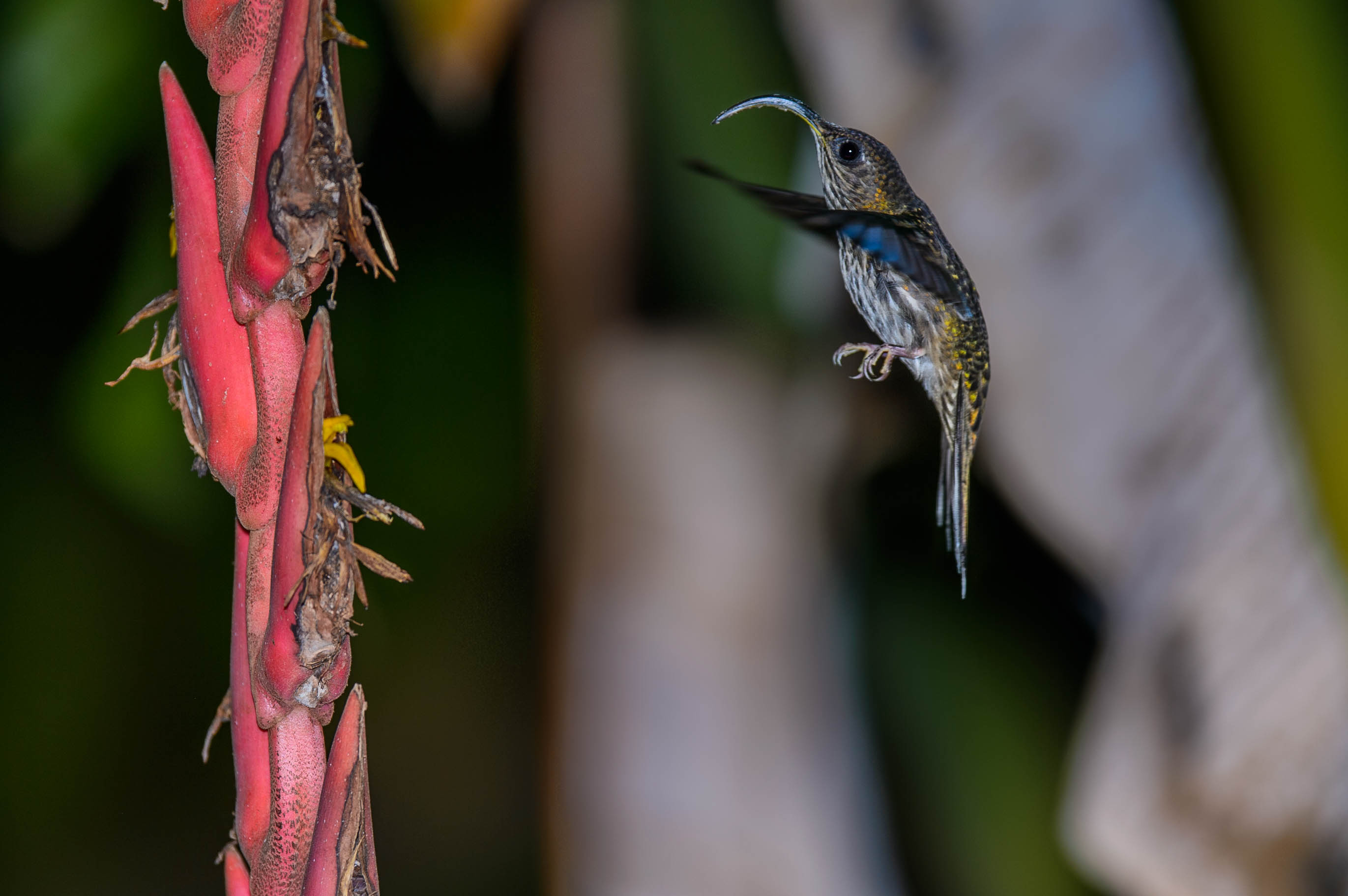 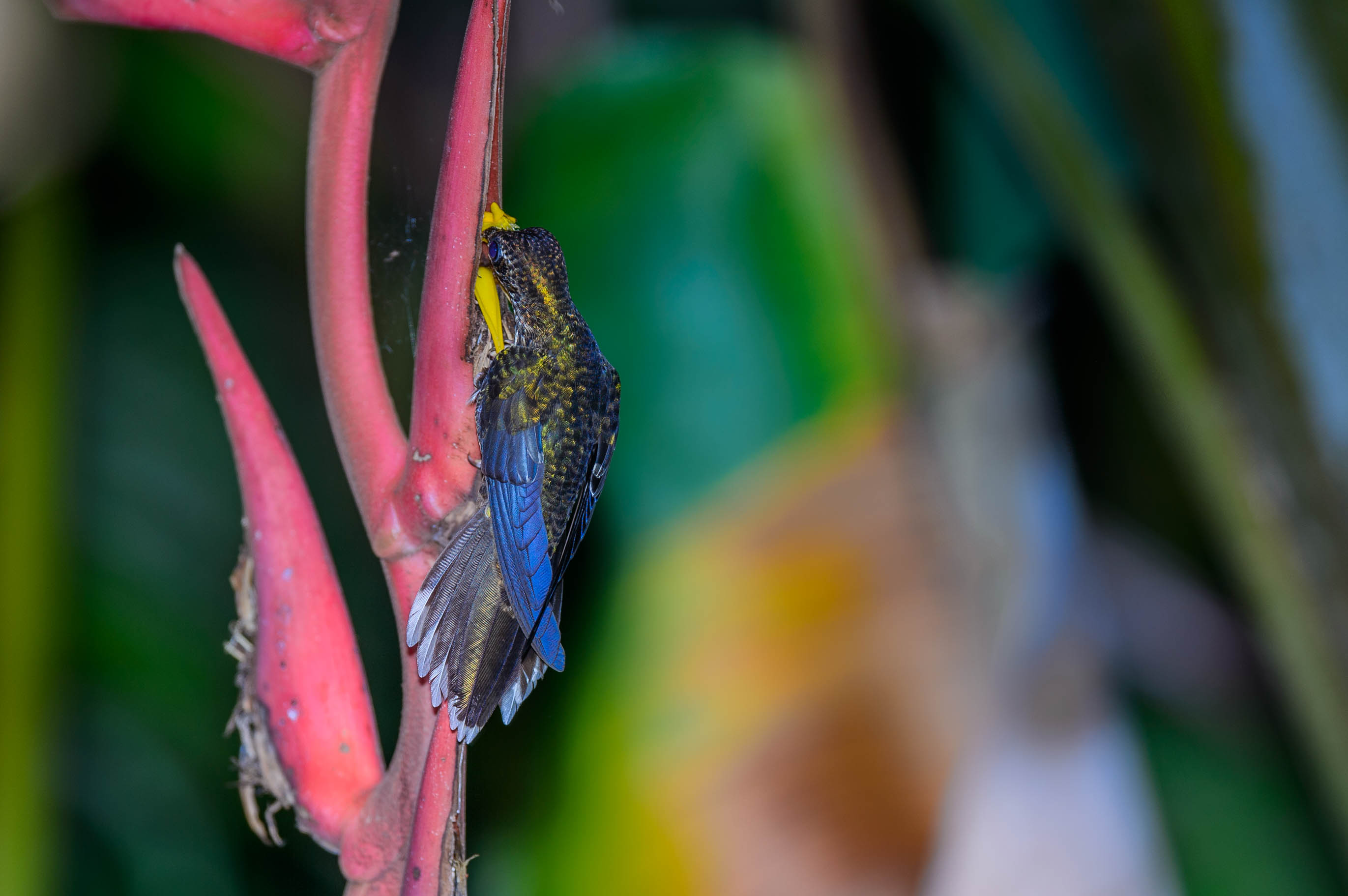