This is the same coyote that I photographed in Yellowstone last week and posted in my blog.  I liked this shot even better because the coyote is looking directly at me.  On Tuesday evening of this week, I entered the original version of this shot in my camera club’s January photo critique.  It was well received but I lost a point because I didn’t crop the shot to eliminate some of the snow that the judge deemed unnecessary.  After the judge requested that my photo be cropped on screen, it was obvious why he asked.  In the cropped version, even though just a little snow at the bottom was removed, that small change made a huge difference.  When I took the first shot I posted last week, the coyote was closer to me and cropping wasn’t needed.   This is the cropped version of the shot I presented to my camera club. 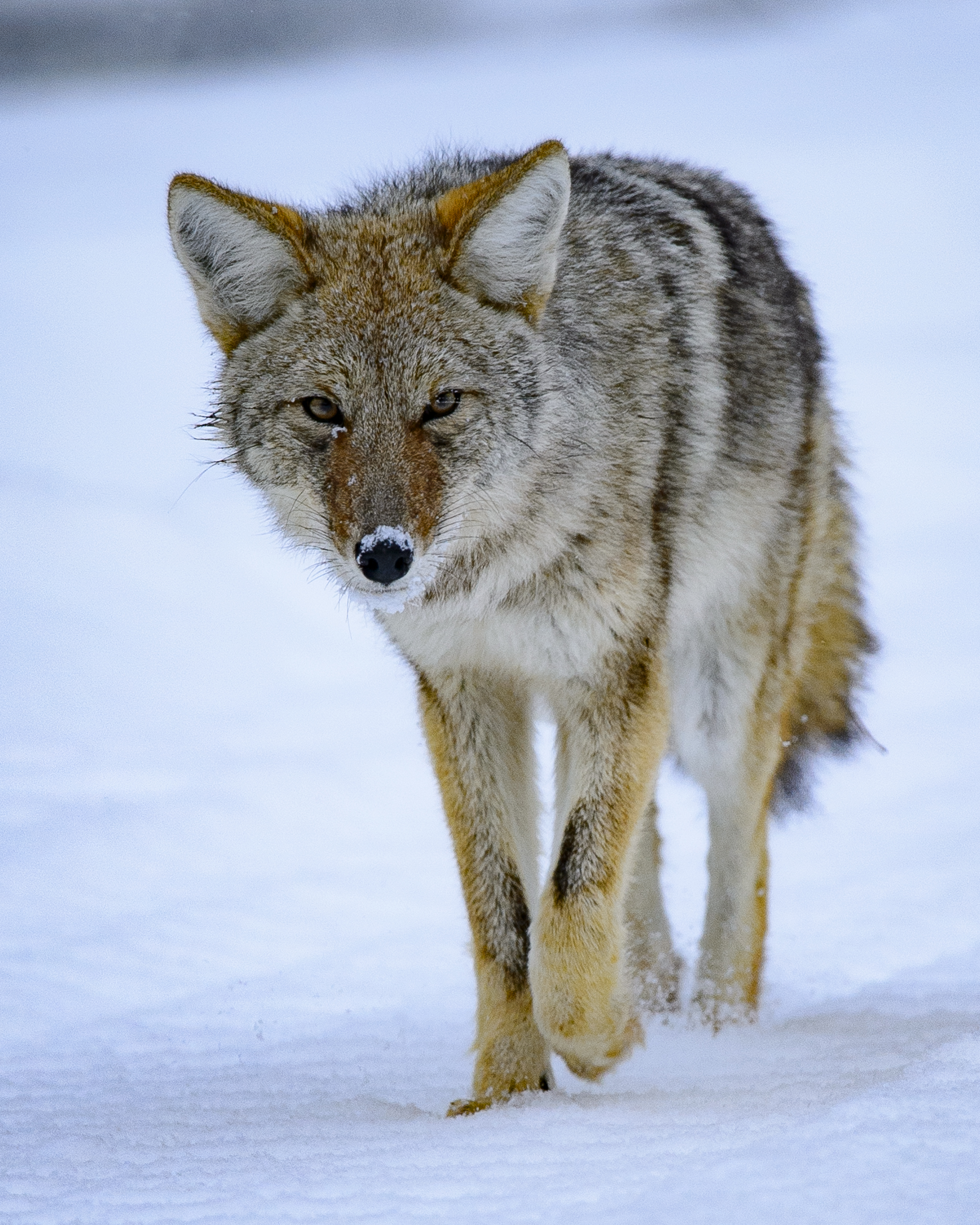