The behavior of companion parrots is sometimes quite odd.  When I turned on the food processor to grind up some almonds for a batch of Parrot Pot Pies I was making for Bobo, the motor noise caused her to retreat to her cage and sit on top of her water dish, head feathers raised and wings outstretched as if she were getting a spray bath.  The sound of the vacuum also causes her to react this way sometimes.  Since it looked as if she wanted a bath, I took a break from baking to spritz her a little.  Almost too late,  I decided to set up the tripod and take a few shots of her bathing.  Of course she had already shaken off most of the water drops and returned to her cage by the time I got the camera and remote trigger ready.  But, she loves her spray baths so much that after a few more spritzes in her direction, I managed to lure  her back out, down the ladder, and onto the counter top by the sink.  When she raises the feathers on her head to allow the spray to penetrate she always reminds me of a triceratops.  It’s obvious to me that birds are descendants of dinosaurs. 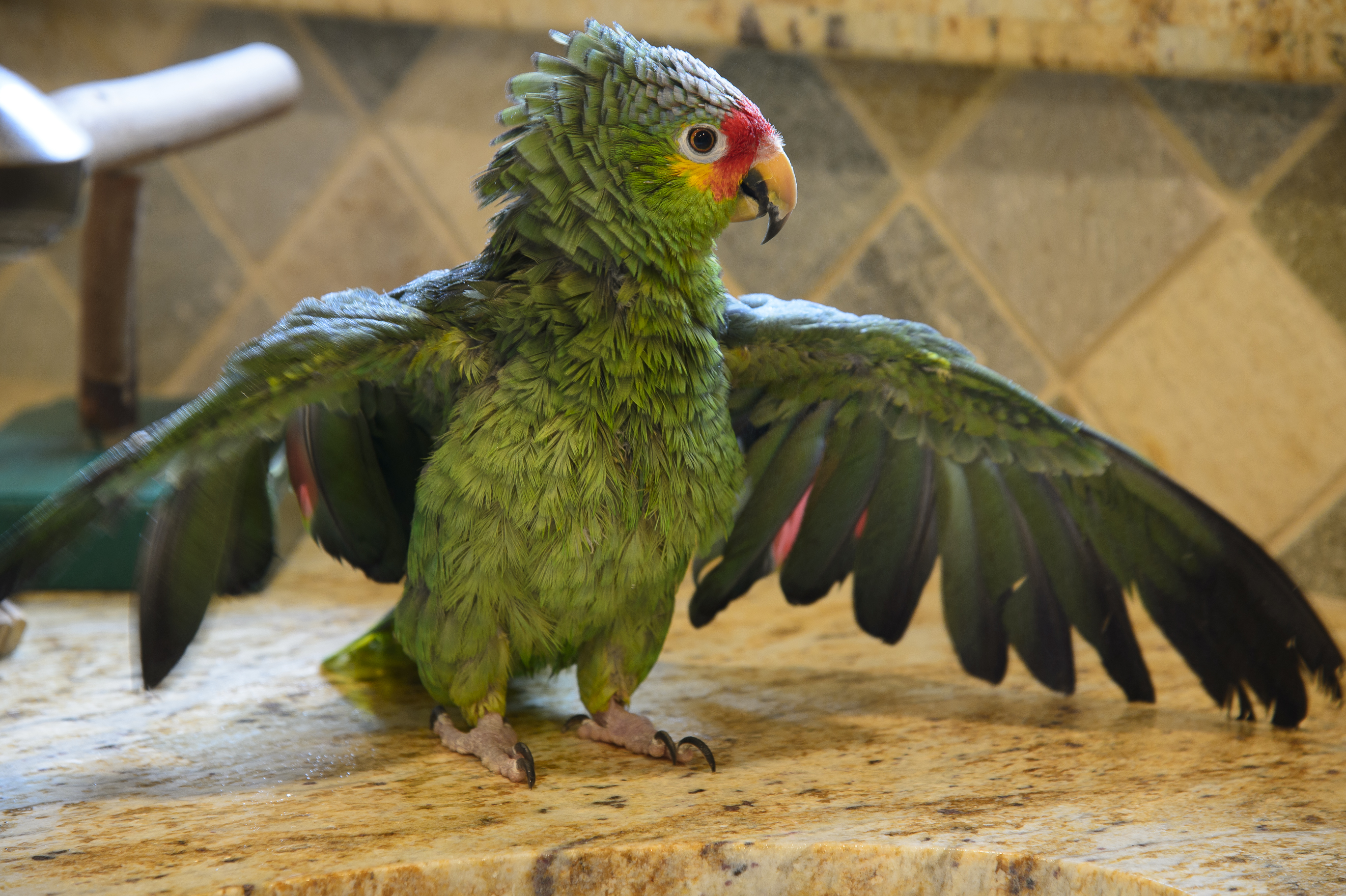 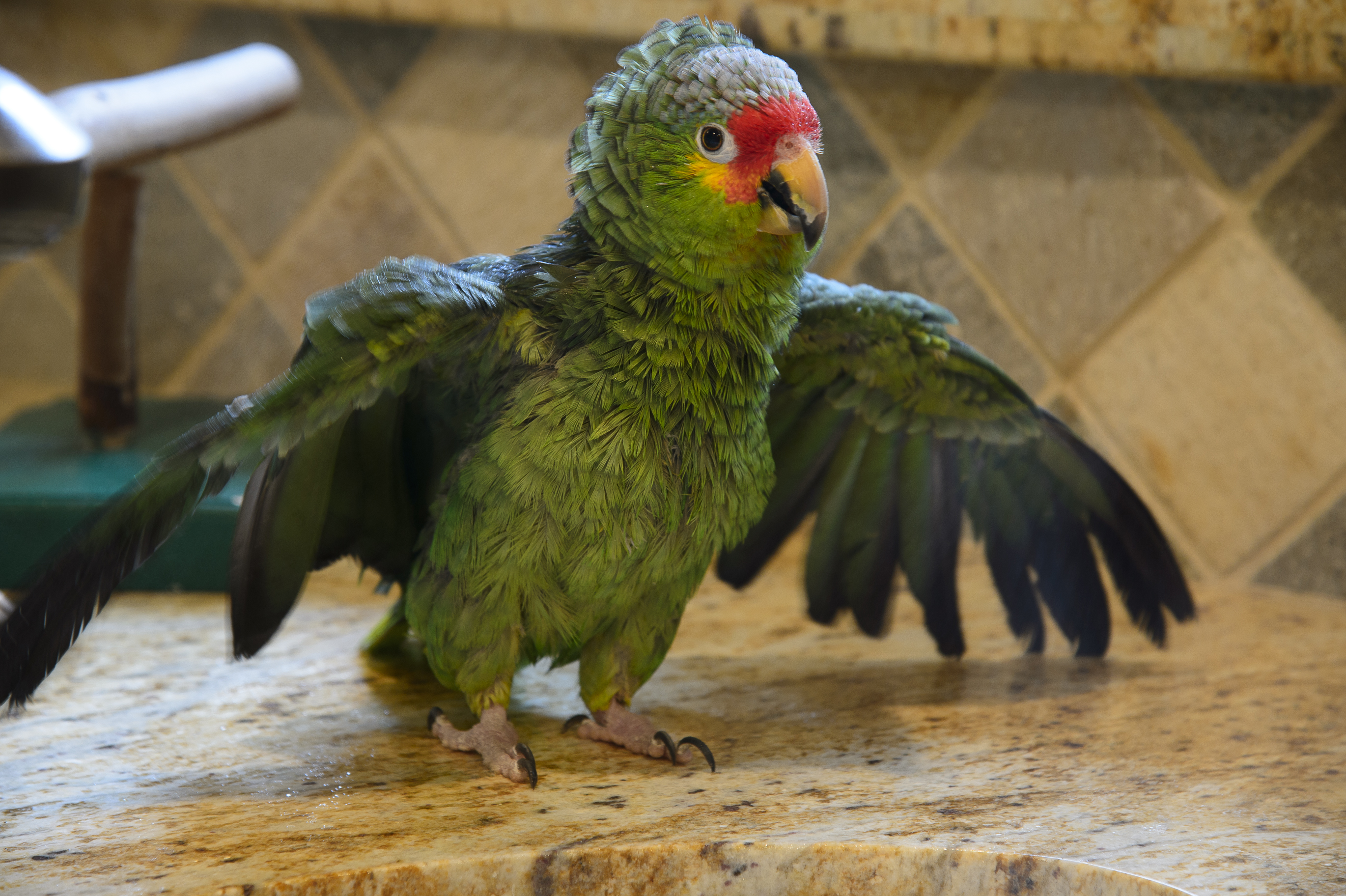 One thought on “2016—Modern Day Triceratops”