So does the robin. I took these shots early Saturday morning through the open patio door as this robin searched for breakfast, cocking its head to look for worms in the damp grass. I was lucky to get any shots at all, though. Good thing the camera was on the tripod. I had the camera set to Aperture Priority and I because I used manual mode for so long, I am not used to the dramatic change that the Aperture Priority setting can have on shutter speeds when exposing a photograph. Because I had the 1/4x teleconverter attached to the 80-400mm lens, its maximum aperture was f/8. At that time of the morning and in the deep shade in the garden, the camera returned a very slow shutter speed of 1/20 second. Any movement by the bird meant blur. I was lucky the robin was so intent on searching for worms that it kept still enough for a few adequately focused shots. I noticed the slow shutter speed only after I downloaded the photographs and the robin was long gone so I didn’t make any exposure compensation adjustments. Obviously I need to pay attention to what’s going on in the camera and make adjustments if necessary before I take a bunch of mediocre, poorly focused shots.

In the first shot, the robin’s attention is diverted to something in the grass in front of the fountain and and it heads in that direction. In the second, it cocks its head to locate the worm. In the third, it continues searching. In the last shot, it’s back on the fountain for more water and a bath after a snack. 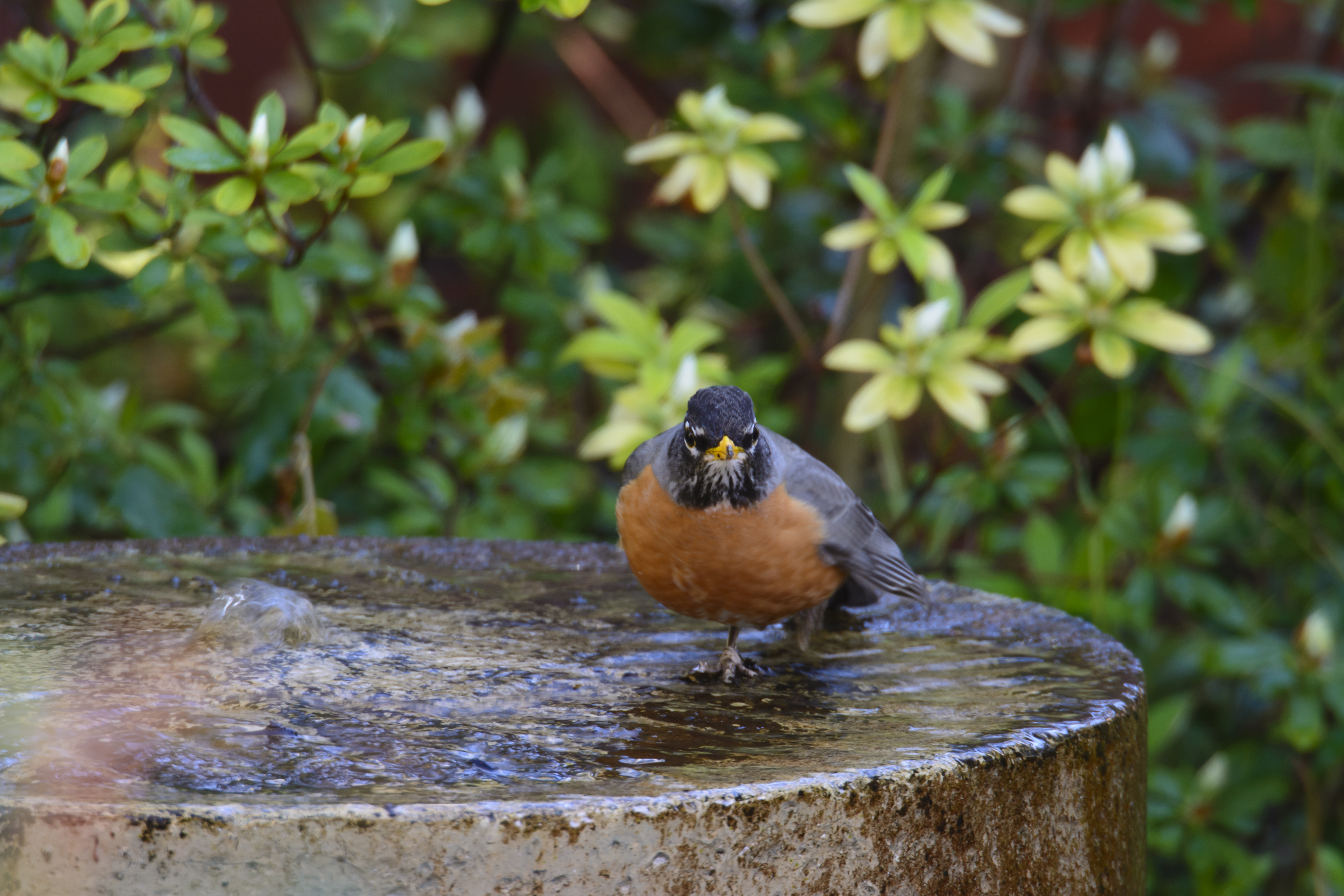 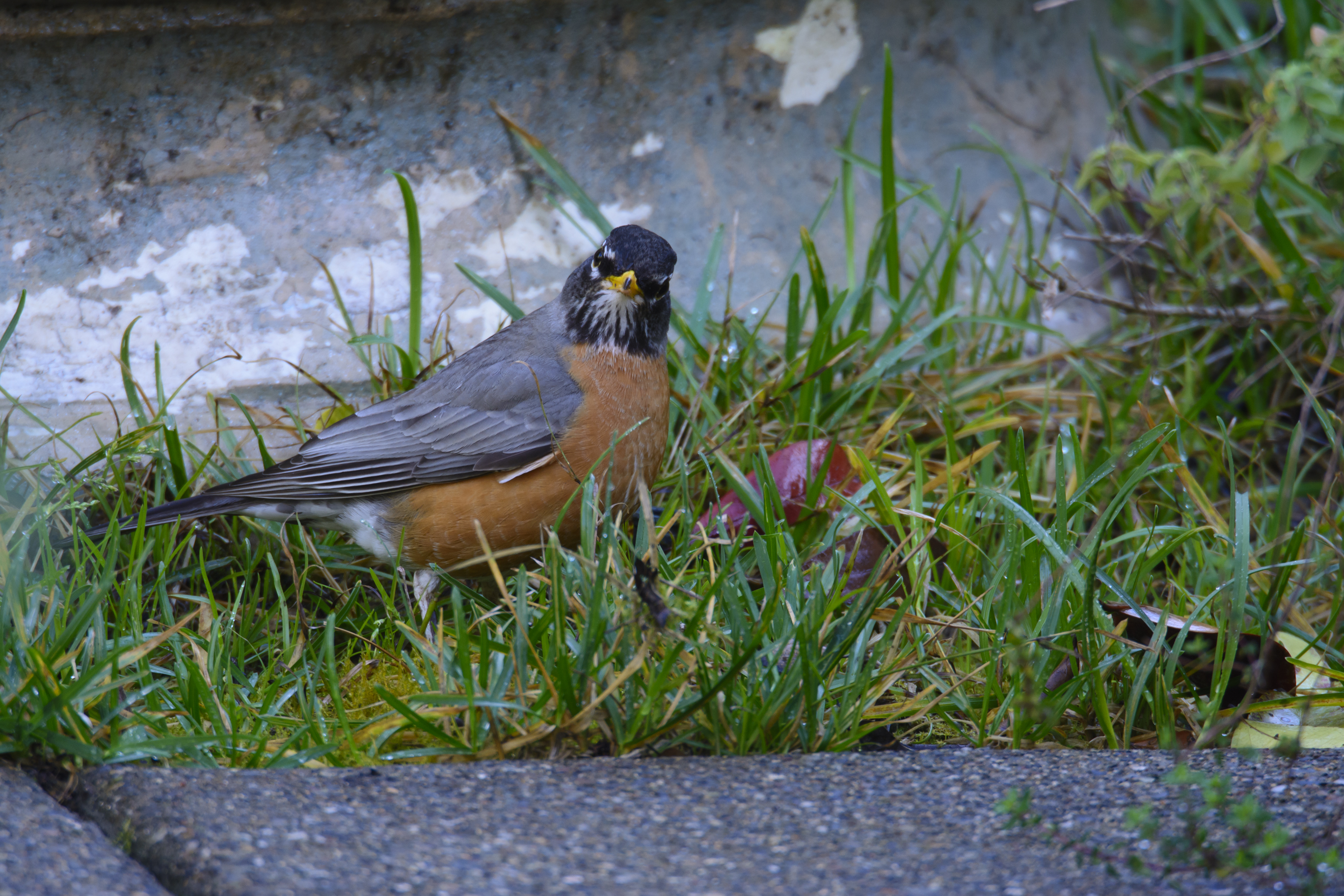 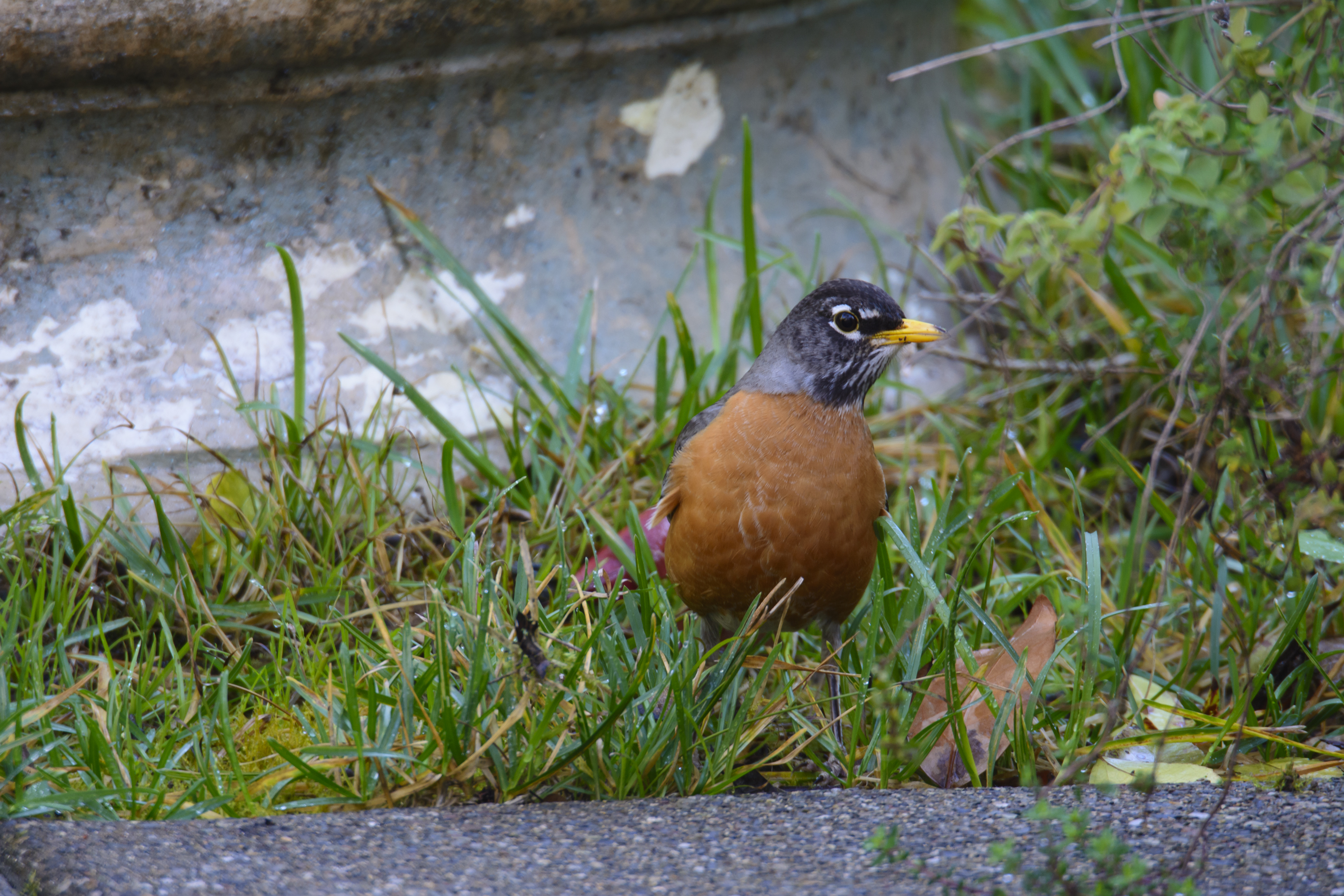 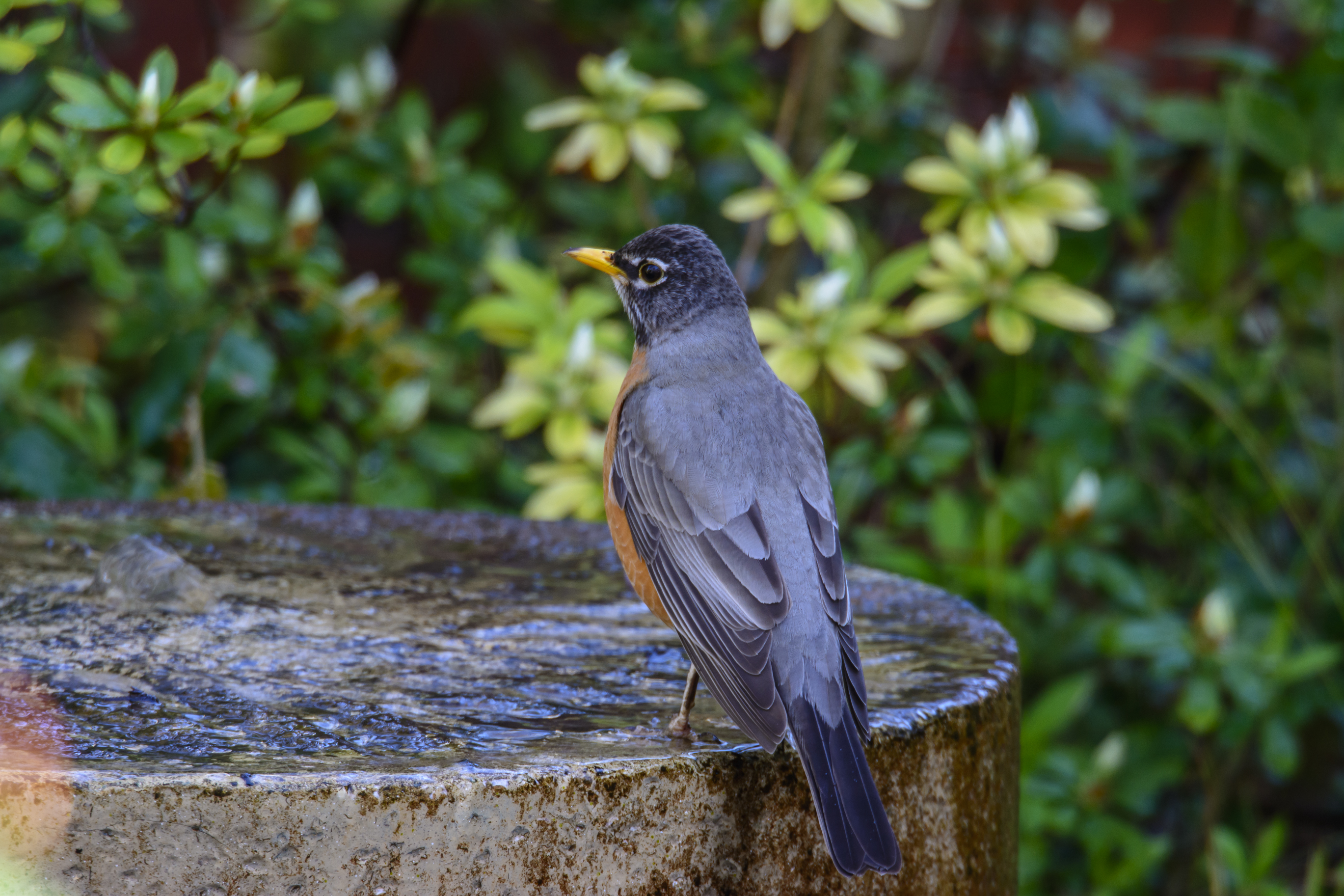