My camera, with the long lens attached and on the tripod, was at the ready Saturday morning, facing out the open patio door. When the hummer appeared on the fountain, I got up to take some photos but was distracted by a new bird call, “f’Bee, f’Bee.” That’s bird book lingo for the sound this bird makes. I know, I know. It doesn’t really sound that way but how do you phonetically write a whistle, a warble, a peep?

When I downloaded the photos, I thumbed through my bird books to see if I could identify it. Eureka! I found it! It is an adult Black Phoebe, a type of flycatcher. It’s apparently a year round resident of the Sacramento Valley and the Northern California Coast but I’ve never seen one anywhere let alone in my yard. According to one of my books, during winter, they scatter throughout suburban areas instead of their usual wet woodland habitat. I watered Saturday morning for the first time in months but it was probably just a coincidence that he showed up here. 😀 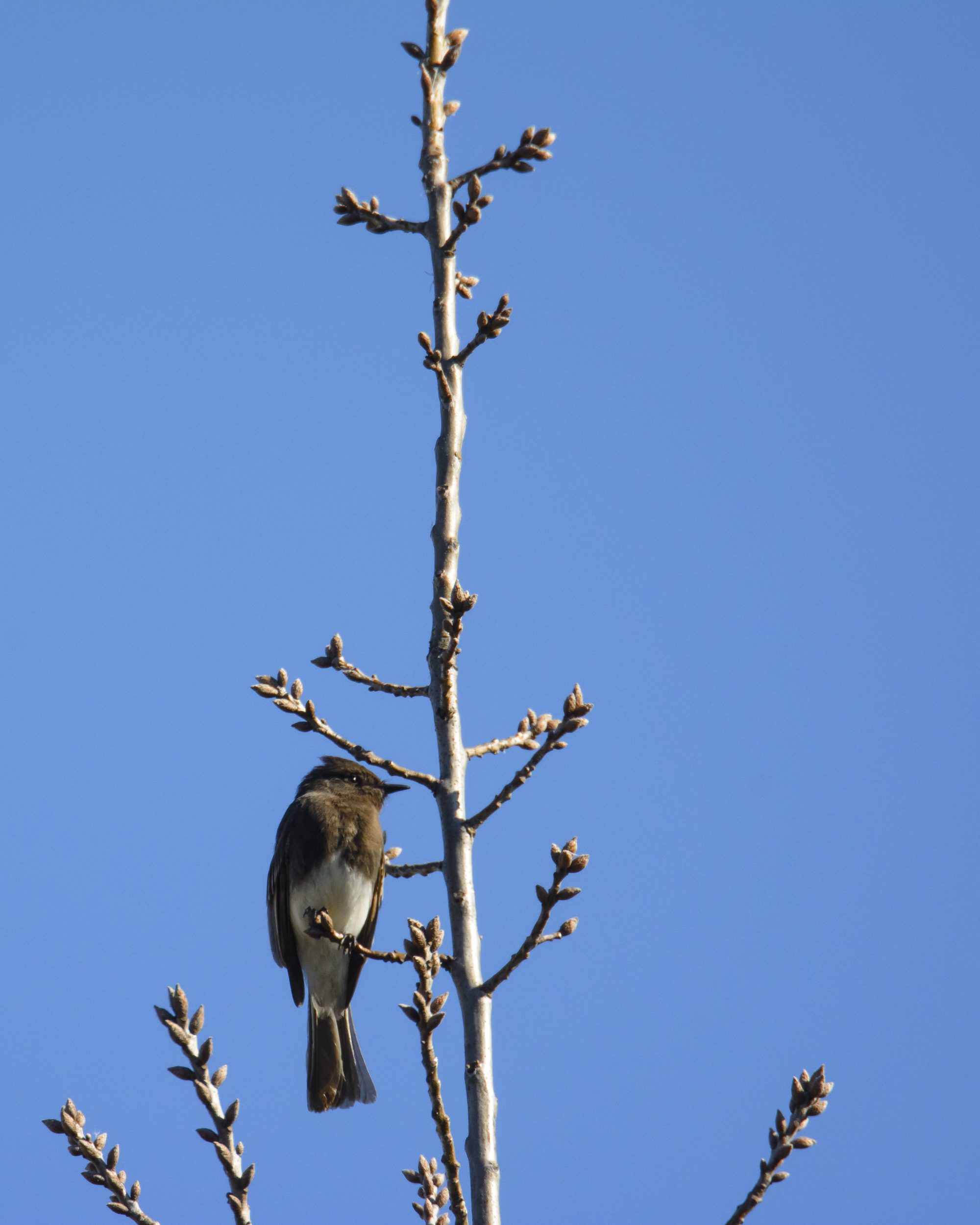