On Monday, I attended the final presentation of Scott Kelby’s nationwide “Shoot Like A Pro” tour in downtown Sacramento along with several hundred other photography buffs. I learned a few new things and it’s always fun to watch Scott who is a very entertaining and captivating presenter. Because I was seated in the front row, I even got to participate as a “prop” in one of his demonstrations and I ran into three photographers I know, one from my camera club, one from my camera store, and one who was a neighbor of Famous Mo’s, so I had a fun day.

I spent my lunch break wandering through Capitol Park across the street from the hotel where the workshop was held. I hadn’t visited since Governor Brown implemented water conservation efforts that include reducing or eliminating landscape watering in the park. Although squirrels still cavorted in the trees and dashed across what remains of the lawns, and cherry trees and azaleas where in bloom, the lawns were sparser and there were bare patches where in past years they have been green and lush. Signs explaining that the State is “Taking Steps” to conserve water during the drought were posted throughout the grounds. I included the shot of the capitol dome just because I like the capitol dome. 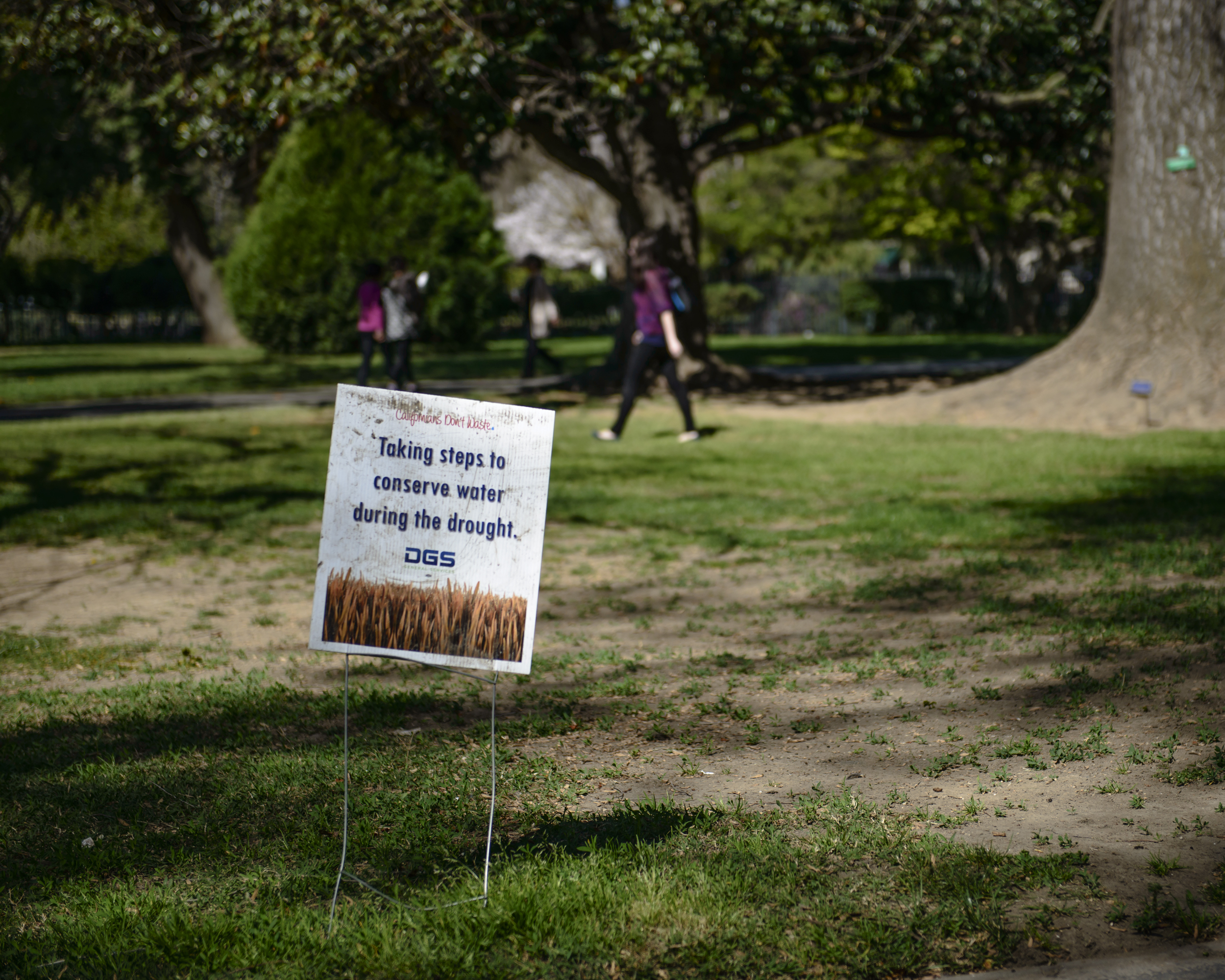 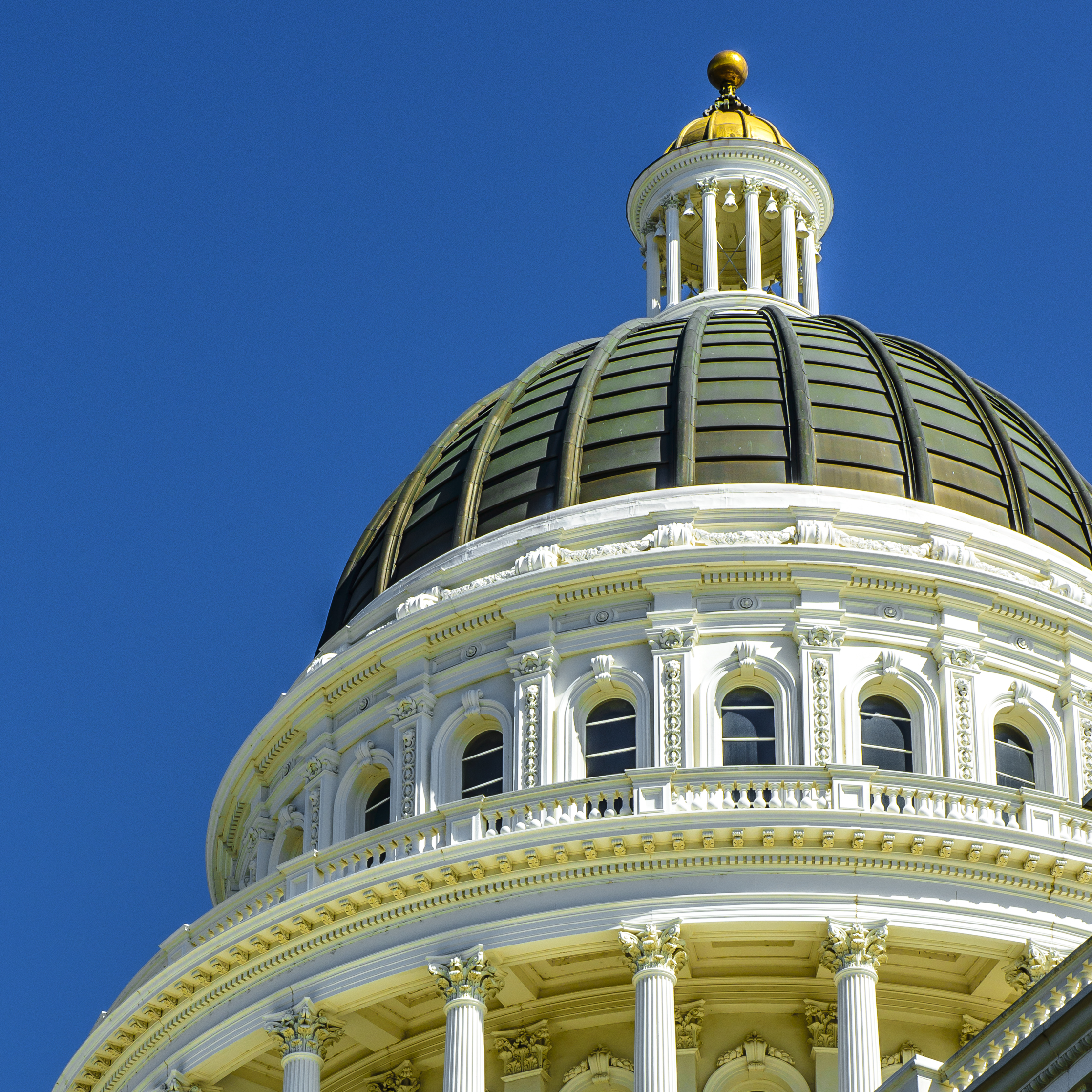