The little hermit thrush, who seems to have taken up permanent residence in my yard, spends much of its time perched on the back edge of my fountain. Although the bird remained perched on a low branch a few days ago so I could photograph it, it has since become camera shy and whenever I walk outside, it flies to the leafy camouflage of the shrubbery. I set the camera outside about 19 feet away from the edge of the fountain where the bird sits. I decided to experiment with using the remote from inside the house and discovered that the infrared remote triggers the camera through the window. First hurdle accomplished. Then, I prefocused on the spot on the fountain where the bird sits. But, getting the eye in perfect focus without being there to fine tune the focus was a guessing game. I succeeded on just a few of the shots but two of these were, to me at least, the most interesting: the first, of the bird drinking and the second, of the bird looking directly at the camera as it swallowed the drink. These shots aren’t cropped. The shadow of the pergola across the middle of the fountain is a bit distracting but I was glad the bird was in the light when I took the shots. I used the D7100 and the 80-400mm lens with the 1.4X teleconverter. Focal Length 550mm, ISO 500, F8. The shutter speed varied slightly (I was set to Aperture Priority) and one shot was taken at 1/250 and the other at 1/200. 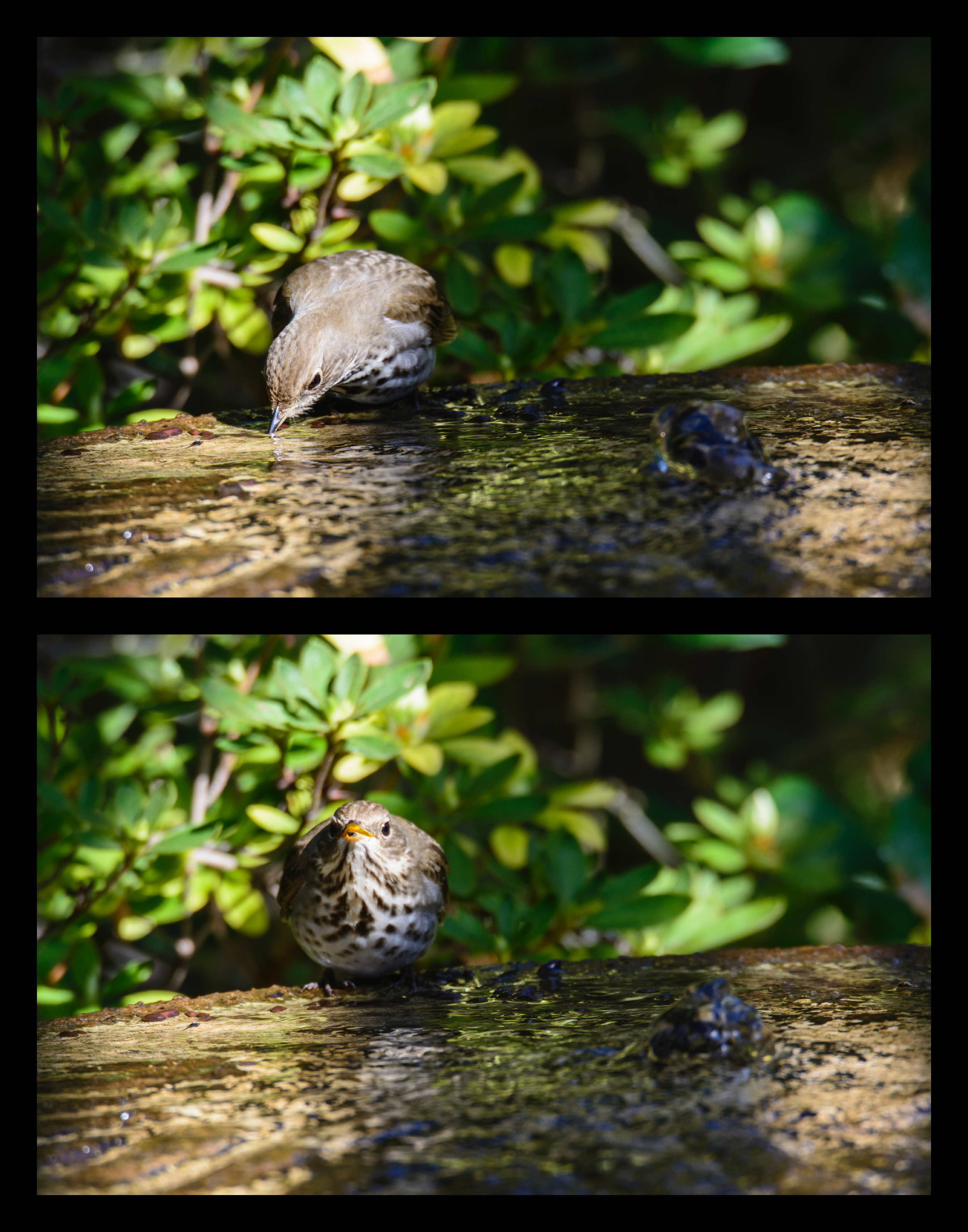