After reviewing these shots of some small (4 inches) red-legged honeycreepers, the males in brilliant blue mating plumage, I couldn’t help thinking of that old Bobby Vinton song. The brightly colored males seem to have been rejected by one of the pale green females. I took these shots on our first full day of shooting in Costa Rica. When we set up our tripods on a path on the Luna Lodge grounds and aimed our cameras, these birds, hiding deep in the bushes, seemed very ordinary looking and, because they were backlit as well, their bright colors didn’t show at all. We used Better Beamers which have Fresnel lenses that attach to the speed light and magnify the flash which brings out the colors of the birds. Wow! When I chimped my first shot, I was blown away by what appeared on the camera’s LCD screen.

In the first shot, a female perches alone. 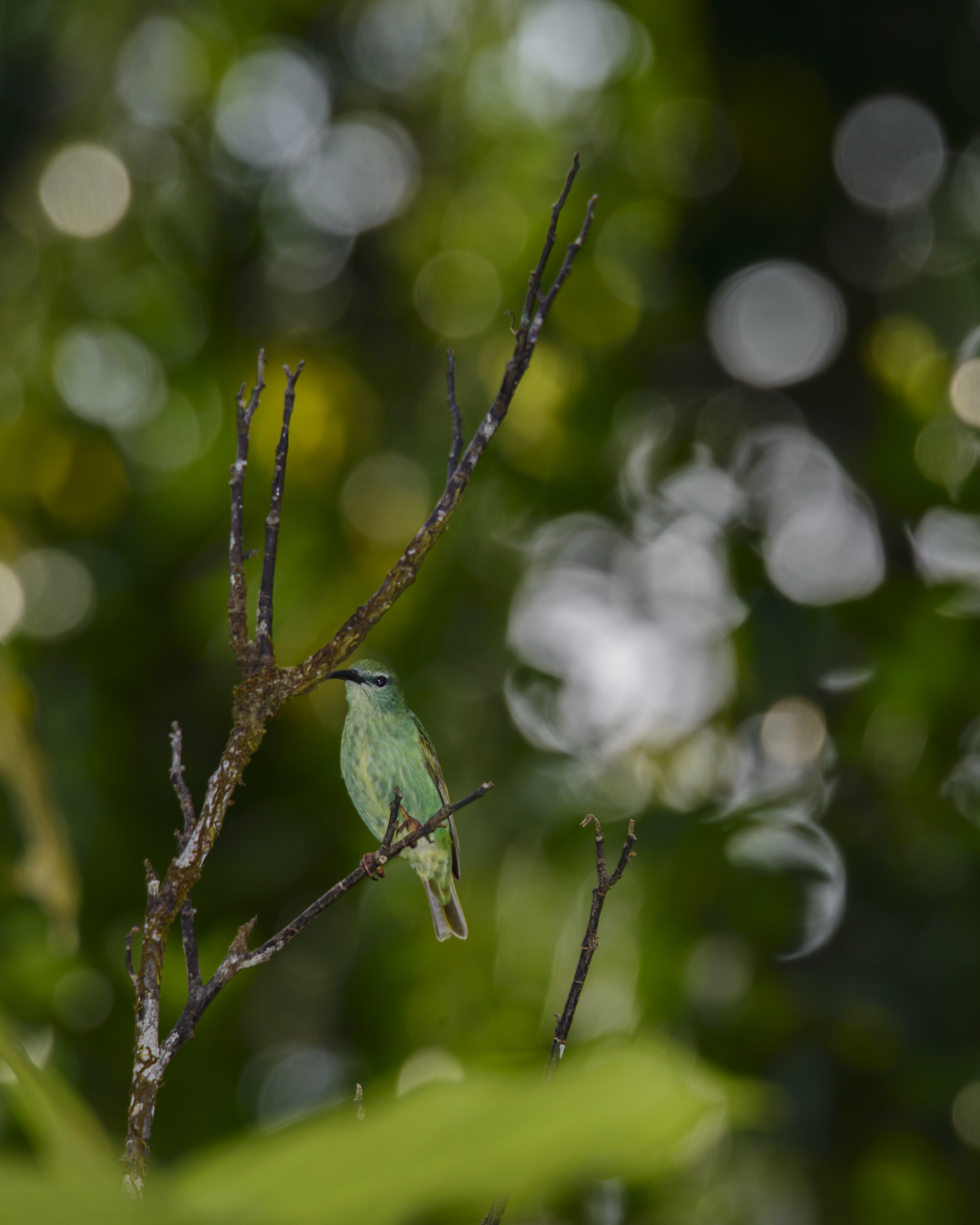 Then, a single male joins her. She doesn’t seem impressed. 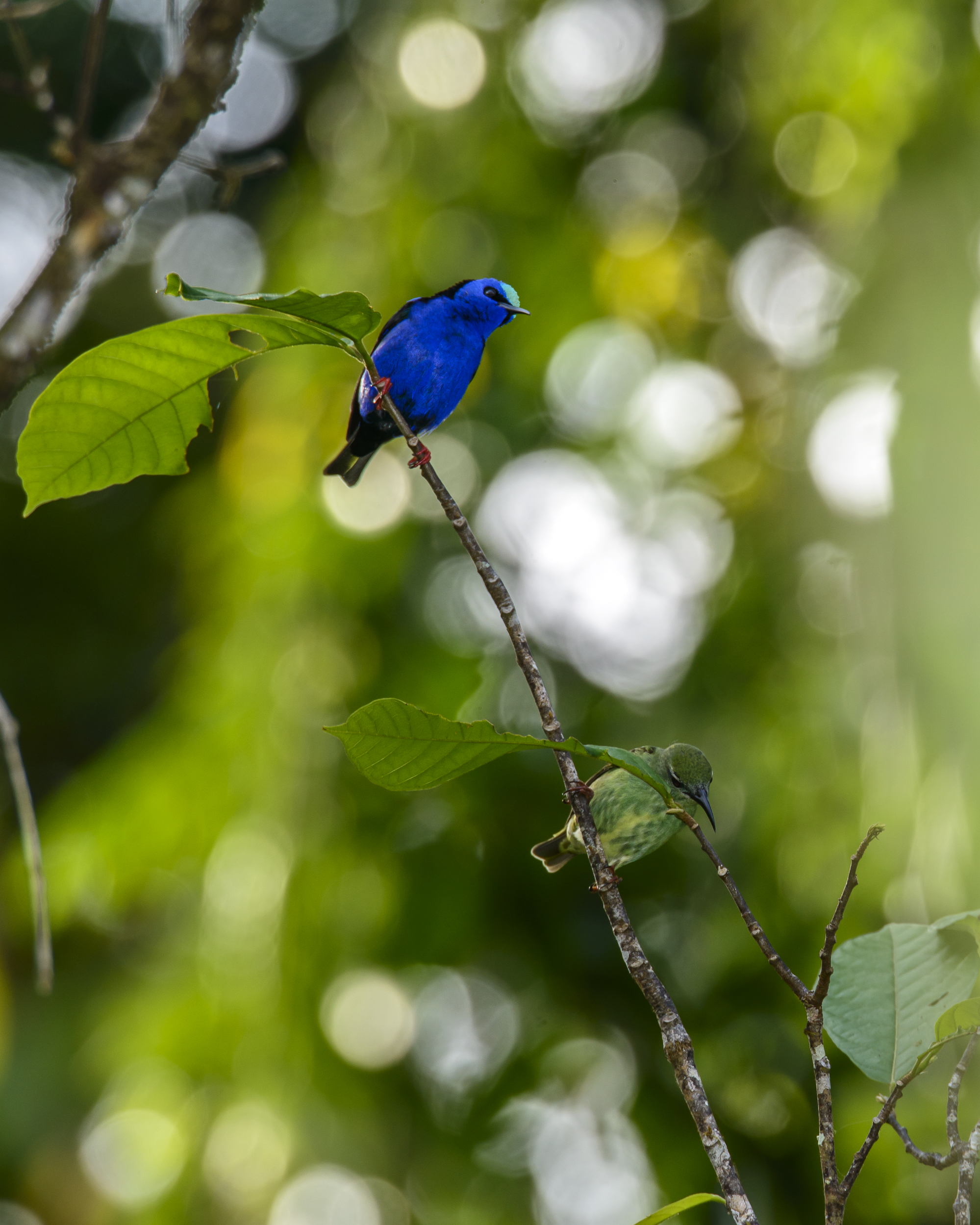 The first male gets a little testy when a second male arrives. The female looks as if she’s seeking an escape route. 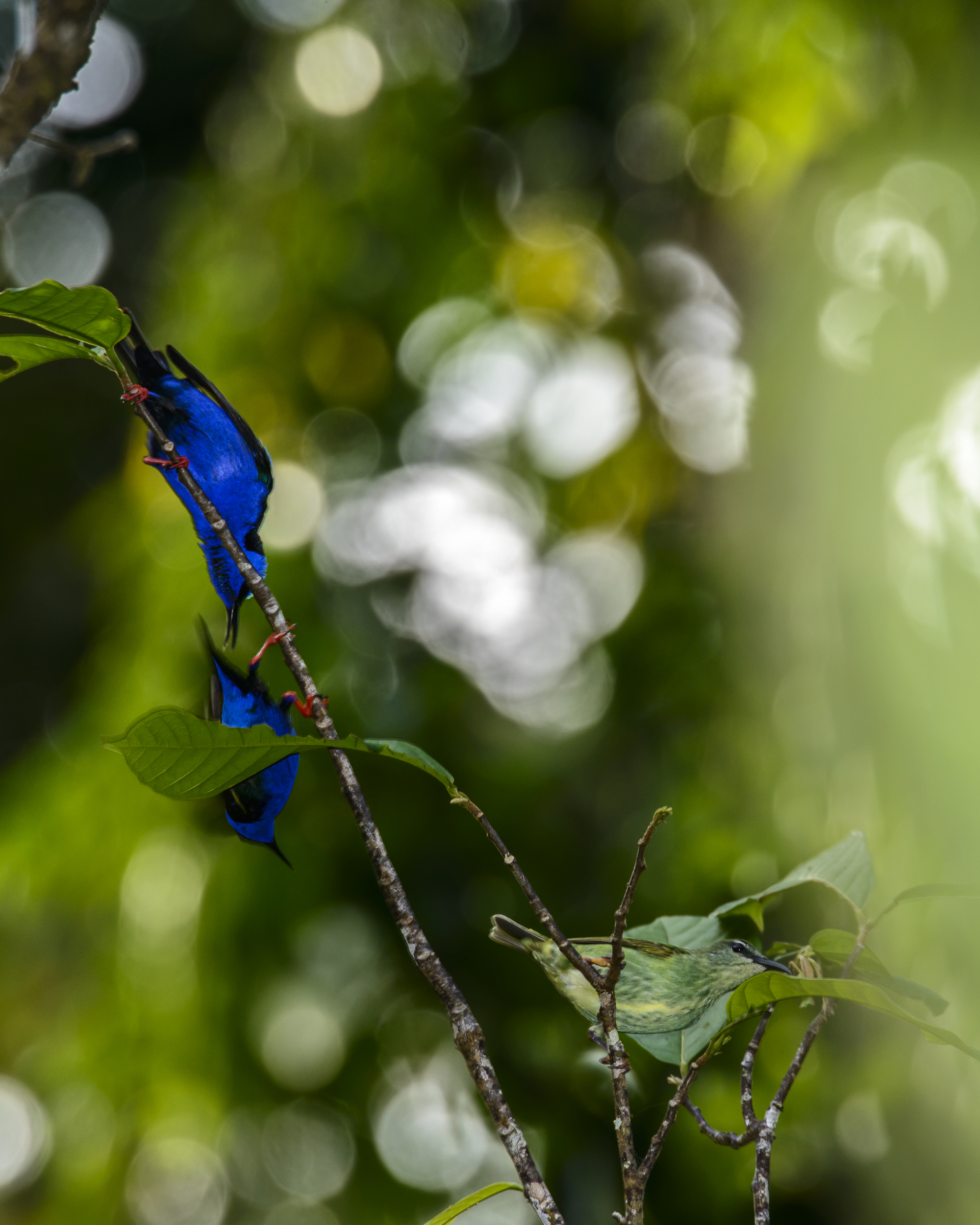 After the female exits, there are three males alone, in search of a female. 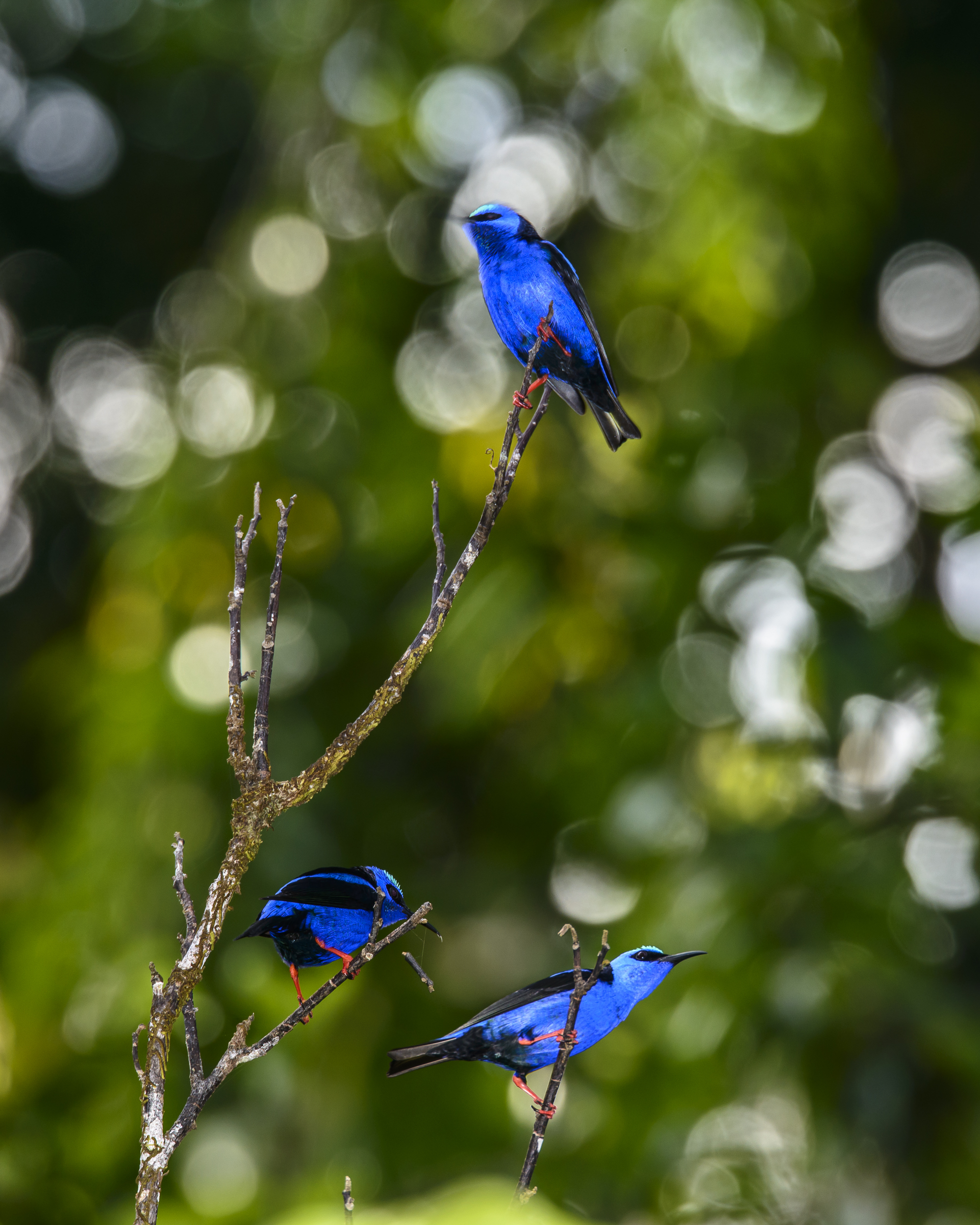 In the final shot, the three males are still alone, and still in search of a female. Their bright colors didn’t seem to impress the lone female. 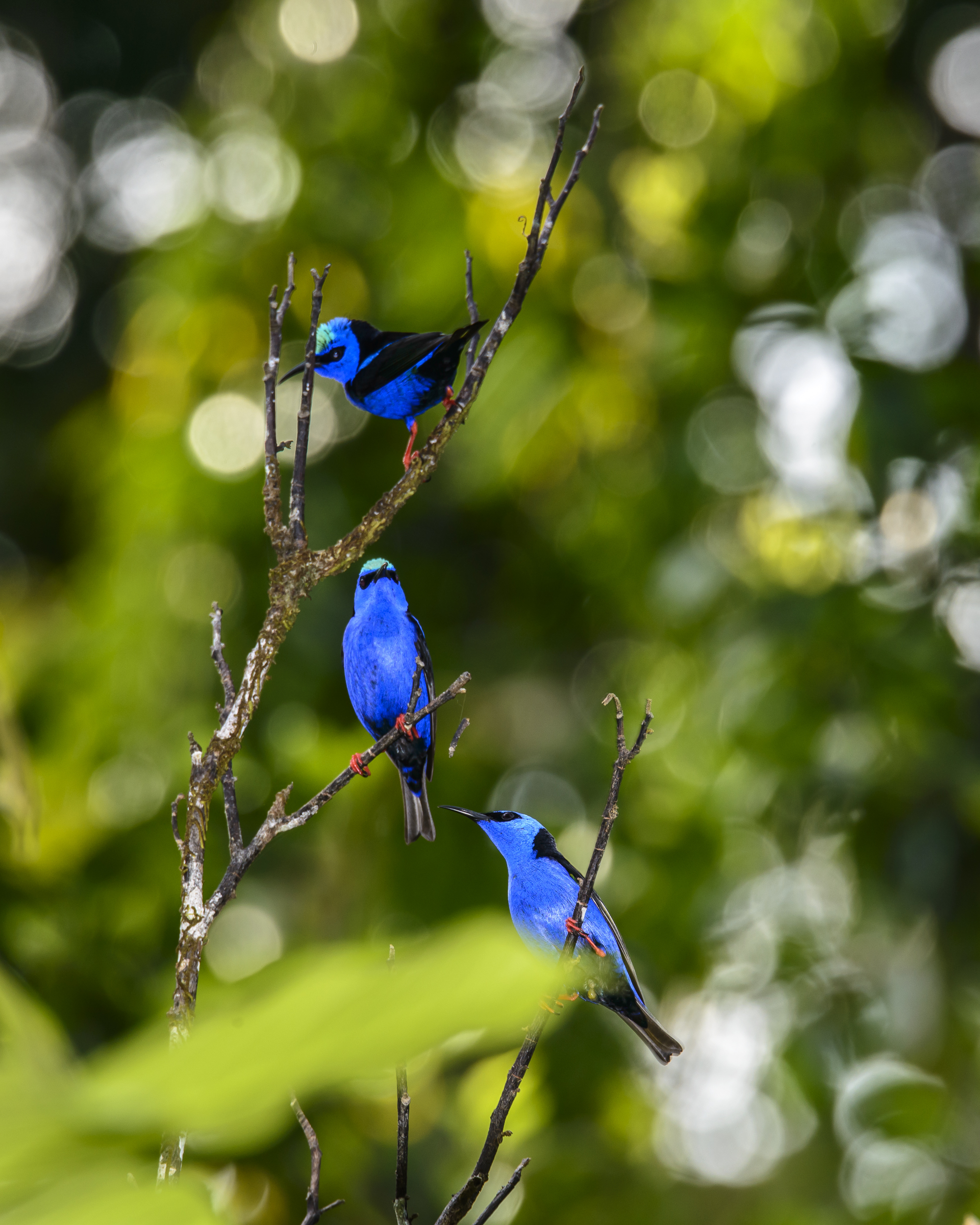