Susan and I went to the Leonabelle Turnbull Birding Center in Port A to find flocks of Roseate Spoonbills, some Ibis, and a few other shore birds clustered mere feet away from two of the site’s resident alligators who were lurking in the mud. One of the gators moved and all of the spoonbills flew off, only to return minutes later. The gators must have been sated because the birds were complacent with what I would think would be their predators lurking in the shadows. I got a chance to use my new tripod and ball head for the first time and I was very pleased with how steady they kept my camera and lens. 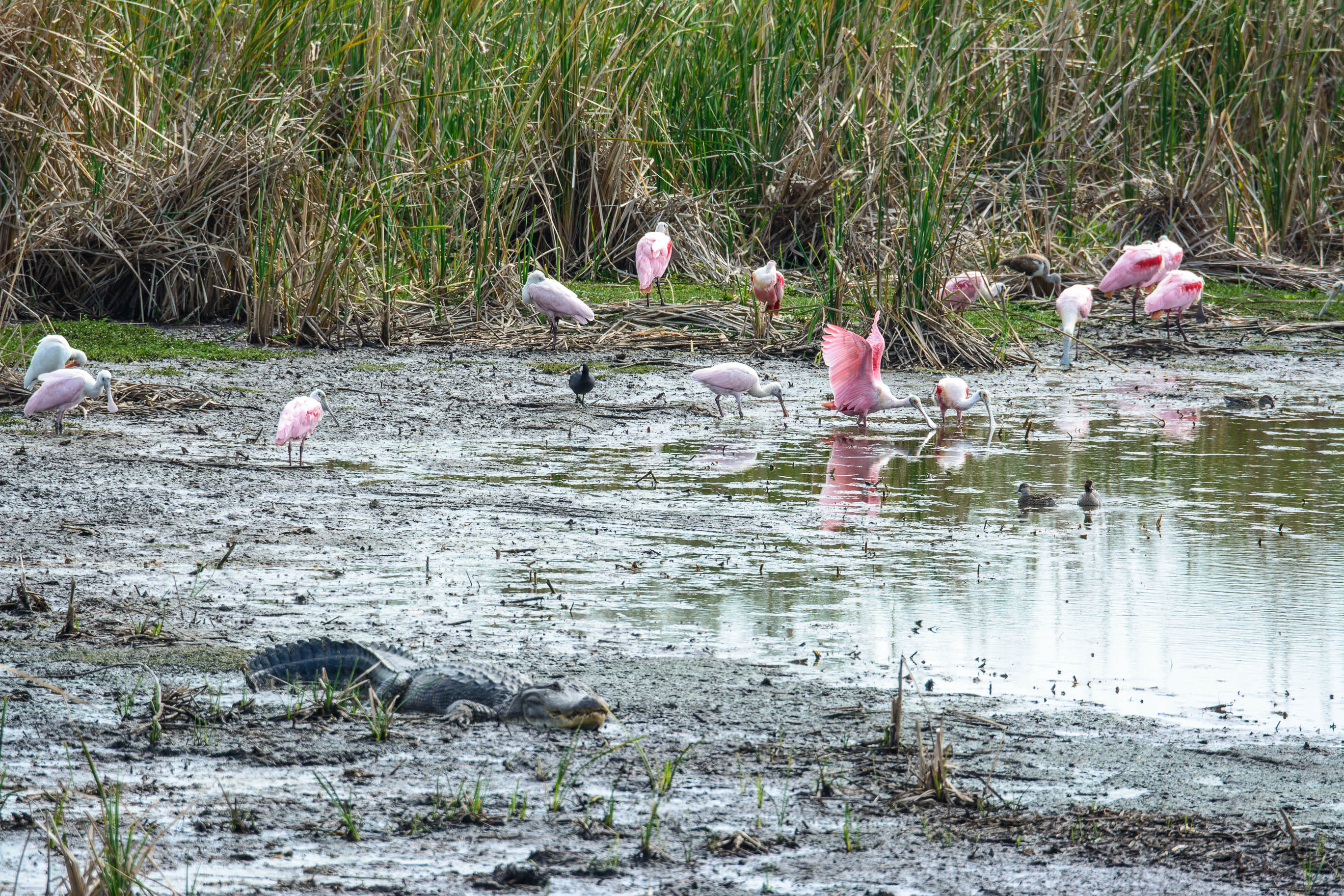 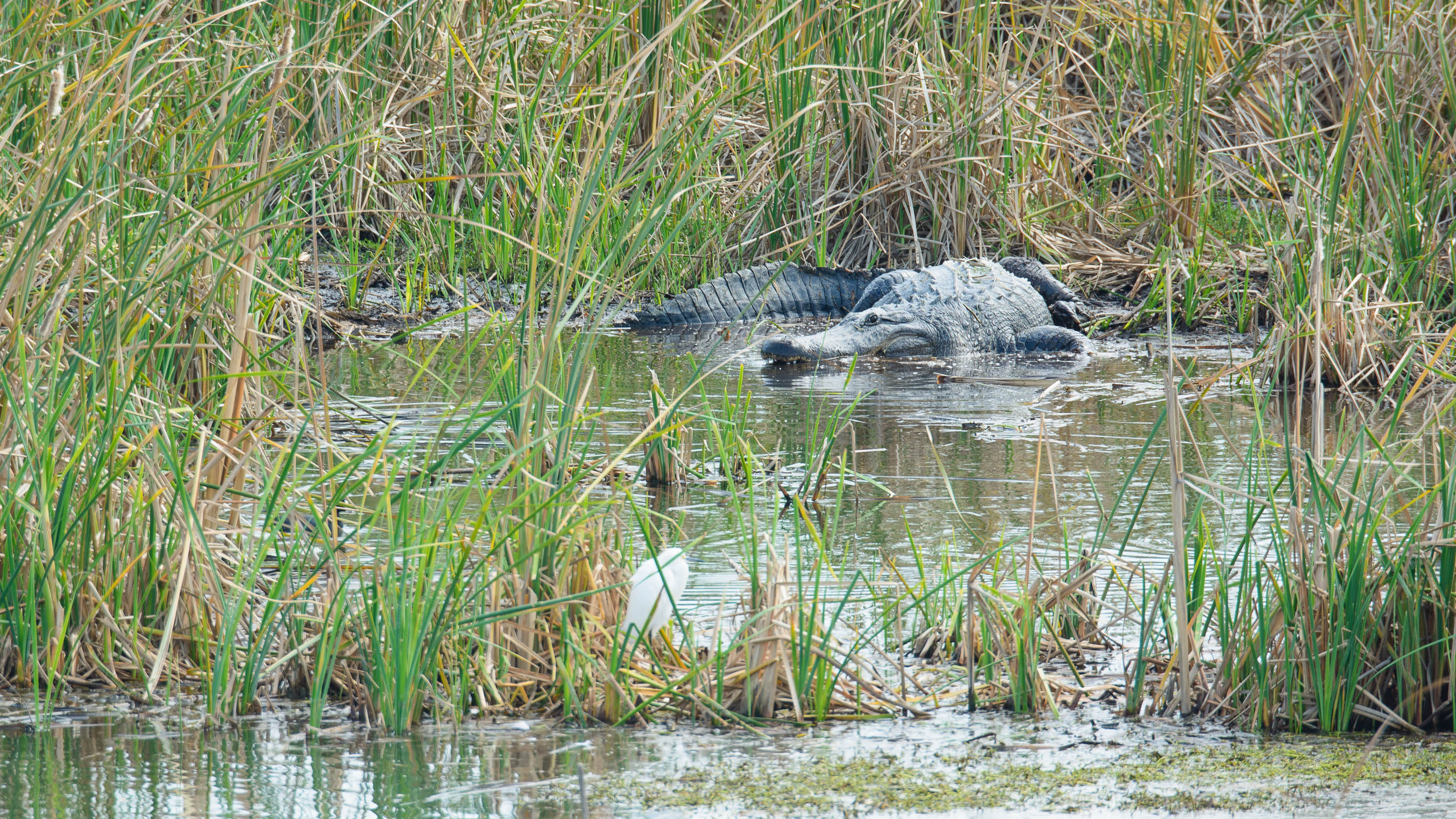