I noticed an unfamiliar bird with a darkly spotted breast sitting on the edge of the fountain and thought it looked thrush-like. When a robin appeared, just after the new bird flew off, I thought for a second it might be a baby robin but it’s too soon for robins (well, maybe not with the warm weather we’re having) but then I realized that the new bird was much smaller than a robin. When I eliminated some species of sparrow that also have spotted breasts, I decided it must be one of two thrushes, either the Swainson’s thrush which, according to my bird books appears here only in summer, or the hermit thrush which winters here. Oh, my God! Rereading these words, I realize I really AM becoming a birder!

When the bird returned to a perch near the fountain, I took my new tripod and ball head outside, but not too close. Then I attached the D7100 and the 80-400 lens. The bird didn’t leave so I decided to add the 1.4X teleconverter while standing on the patio in full view of the bird. He stayed so I took a few more shots before he flew off. With the photographs, I confirmed that it is a hermit thrush, a bird I’ve never before seen. Hmmmm. I may have to start a “life list” after all! 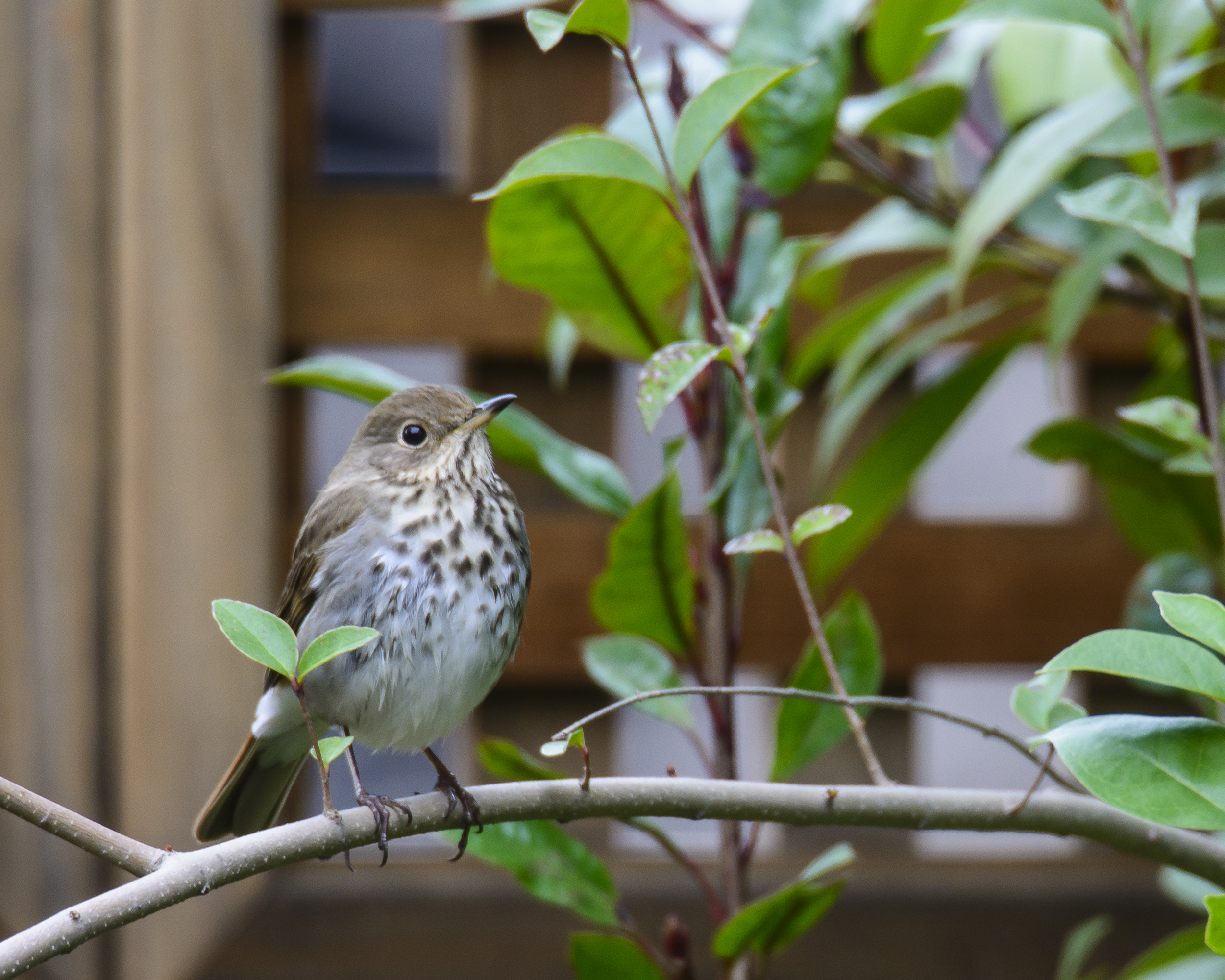 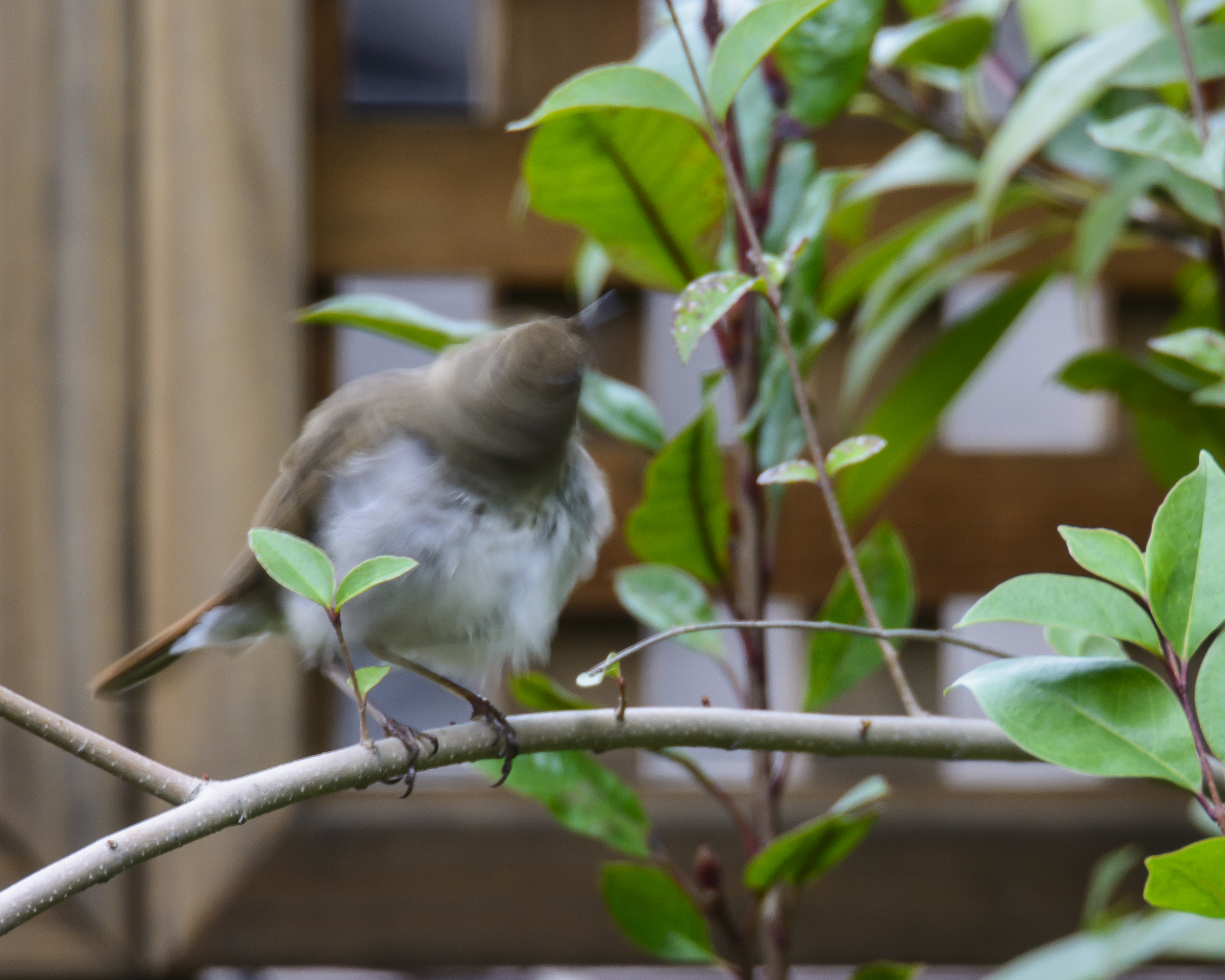 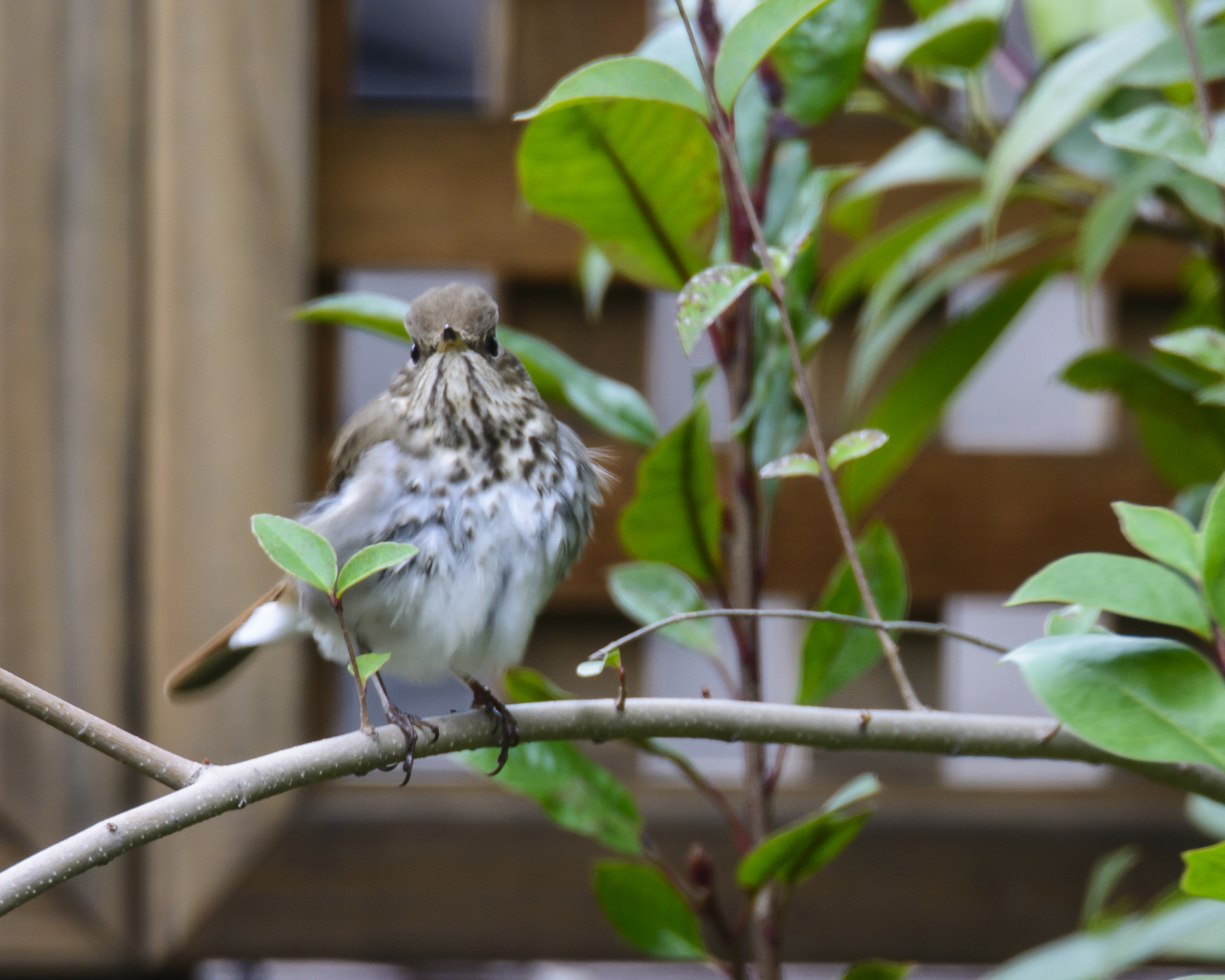