Back home, sitting at the kitchen table cleaning my camera gear, I looked out the window to the fountain which was filled with at least a dozen bushtits. I’ve featured them before and it seems that this time of year, when it’s cold, and damp, and overcast, the bushtits can’t resist enthusiastic bathing. I grabbed one of the cameras and attached the 80-400mm lens, gently opened the patio door which was quite difficult because the winter humidity has swelled the wood, and stepped out. They all left but when I sat directly in front of the fountain, about four feet away, one by one they returned. I struggled with depth of field because I was too close and had the lens wide open. Stopping down the aperture a bit helped only slightly; I didn’t want to raise the ISO more than it already was and I wanted to retain a reasonable shutter speed. I was too close to get all of them in the shot at once so when I reviewed the shots, I found these few to be the most entertaining. The expressions on their faces (mostly females who have the yellow cornea) were so funny I couldn’t resist calling this post Angry Birds. And, the last shot is my favorite, with an angry-looking female directly behind an innocent looking, unsuspecting male; who knows what might be in the offing? 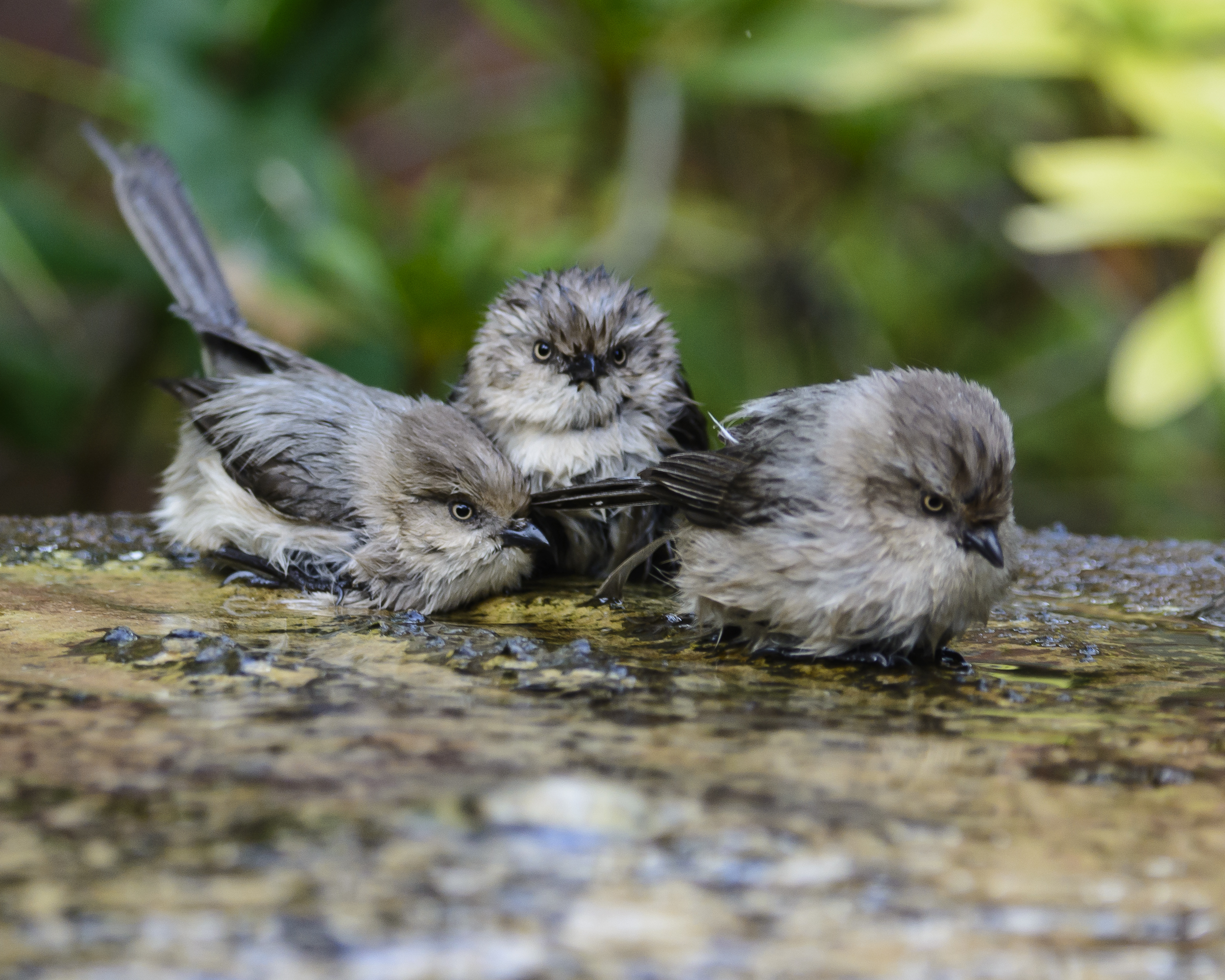 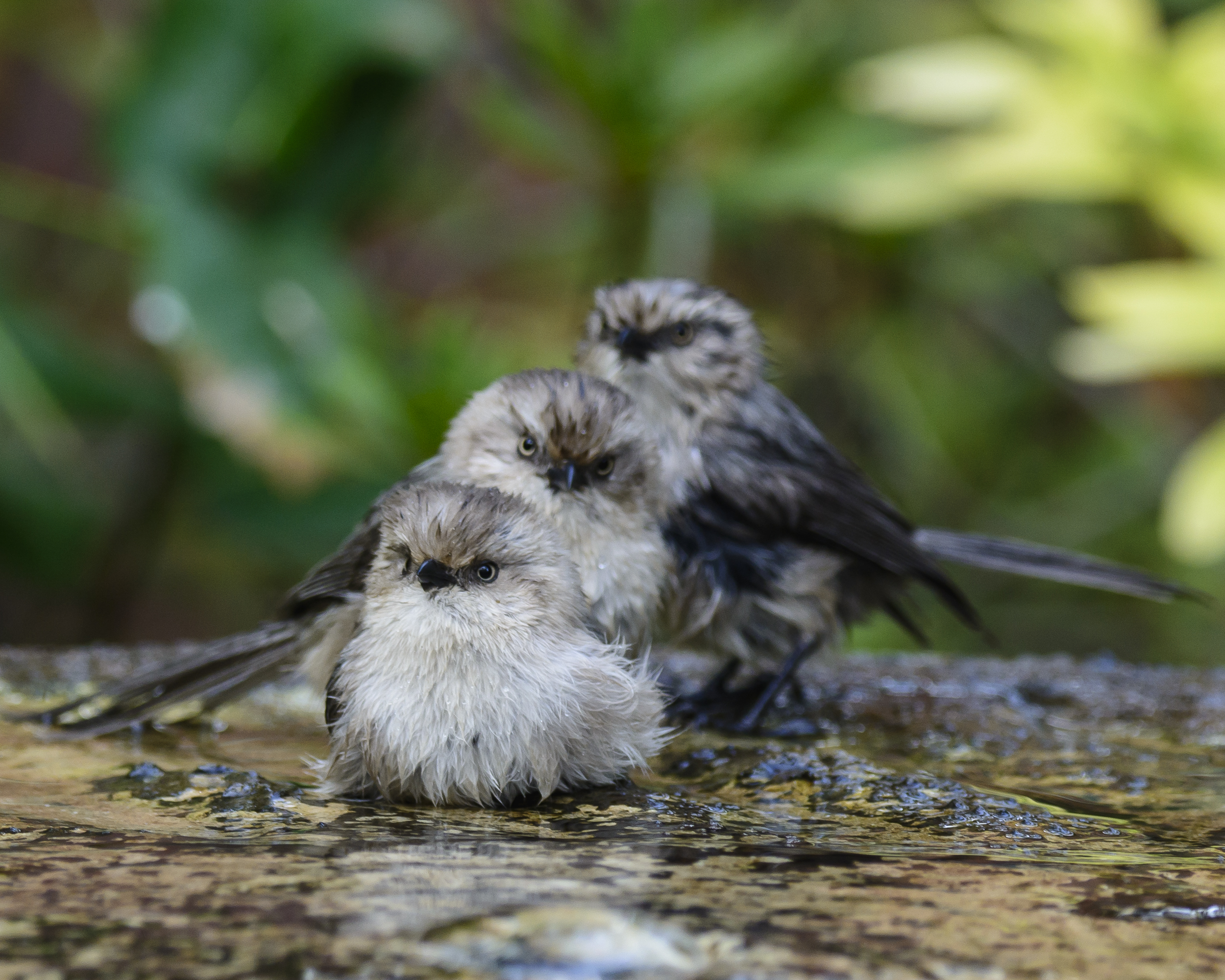 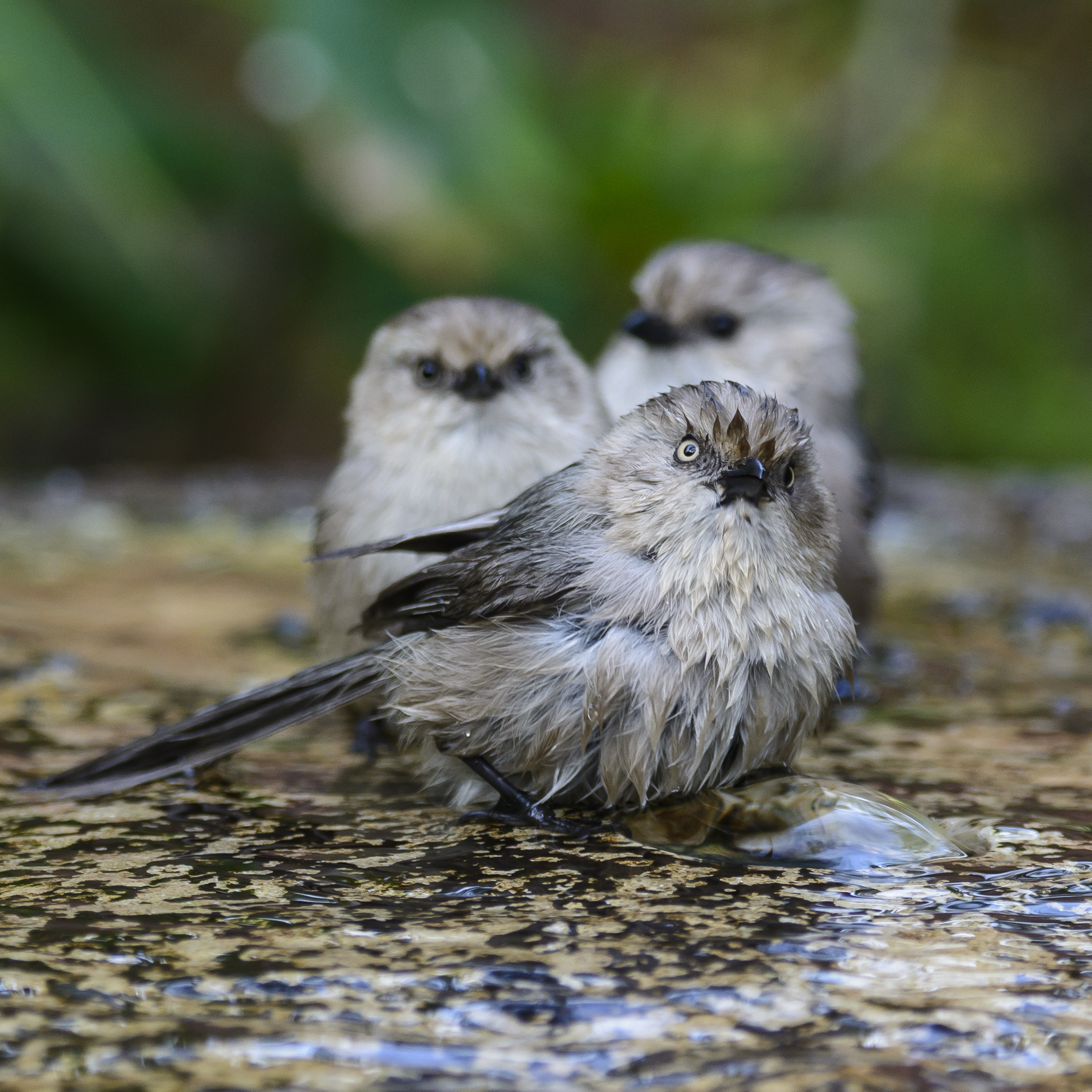 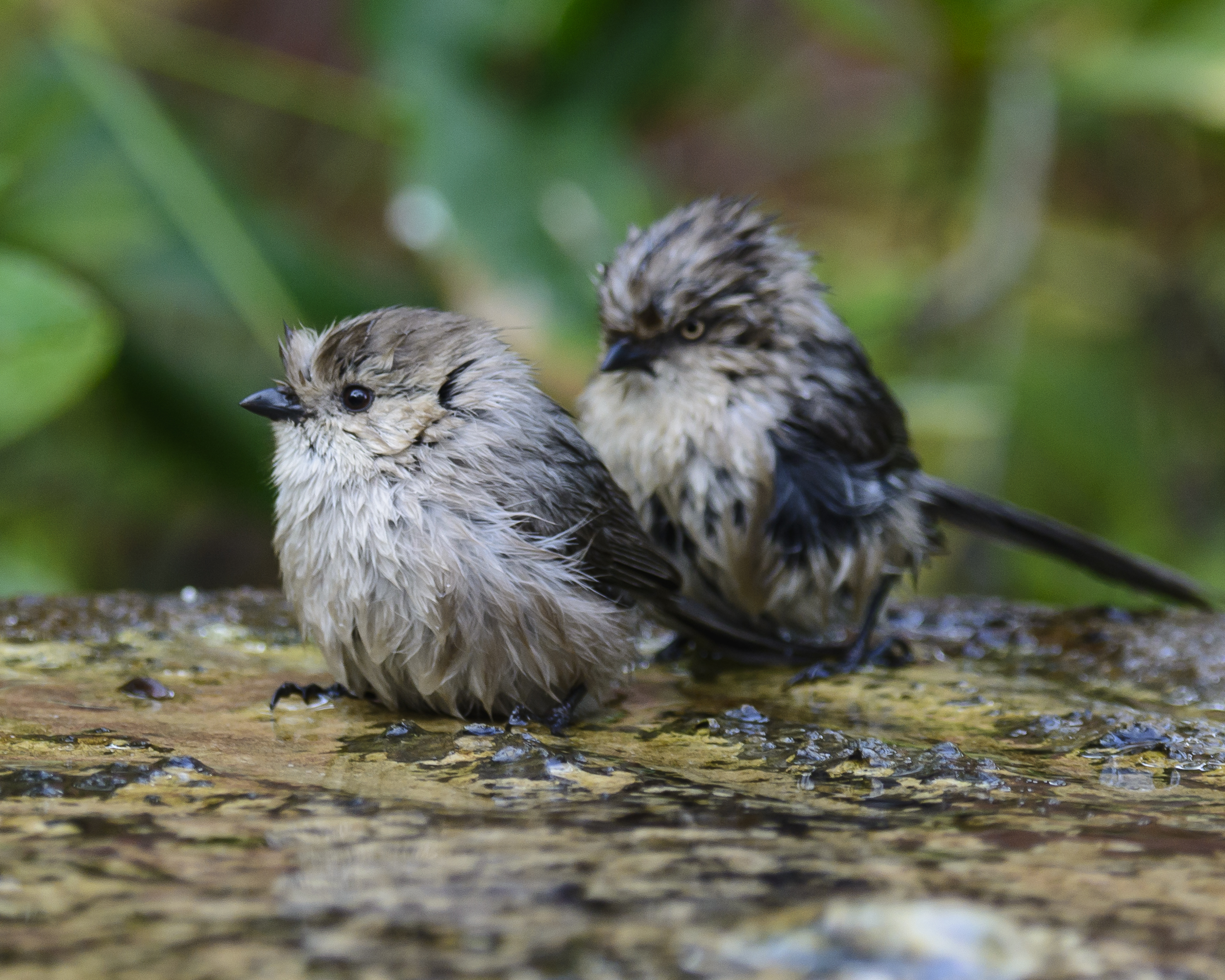