One of the things on my Costa Rica Bucket List was to see a Red-Lored Amazon in the wild. When I asked Gary, our guide, about the possibility and told him that I had a Red-lored Amazon companion parrot (the term “companion” is relative), he answered enthusiastically that “Yes! Tomorrow I will take you to see Red-Lored Parrots!” In Costa Rica, they don’t refer to them as “amazons” but rather “parrots.” Gary was true to his word and after our first encounter with them, whenever there was a sighting, Gary would call out, “there are some Bobos!”

While I was away, my own Bobo became ill. My vet noticed she was not acting like Bobo, ran some tests, and determined that Bobo had both fungal and bacterial infections. She put her on meds immediately and the difference in her behavior was instantaneous. That’s the good news. The bad news is that she needs to stay on her meds for another week which means I must towel her twice a day and give her oral medications with a syringe. While I’ve done this on more than one occasion in the past, it is traumatic for both Bobo and me. I am not looking forward to administering the first or any subsequent doses.

I took a photograph of Bobo to include with the “wild” Bobo photos. These Red-Lored Parrots are the green cheeked variety. Bobo has yellow cheeks. But I was amazed at how very similar their behavior and voices were. A few of the people in our group commented at how loud their calls were. I told them that I wake up to that every day. I instantly recognized the various Red-Lored sounds. I heard almost all of Bobo’s sounds from the wild parrots I saw, except none of them said “hi” or said, “Bobo’s a baaaaad boy!” 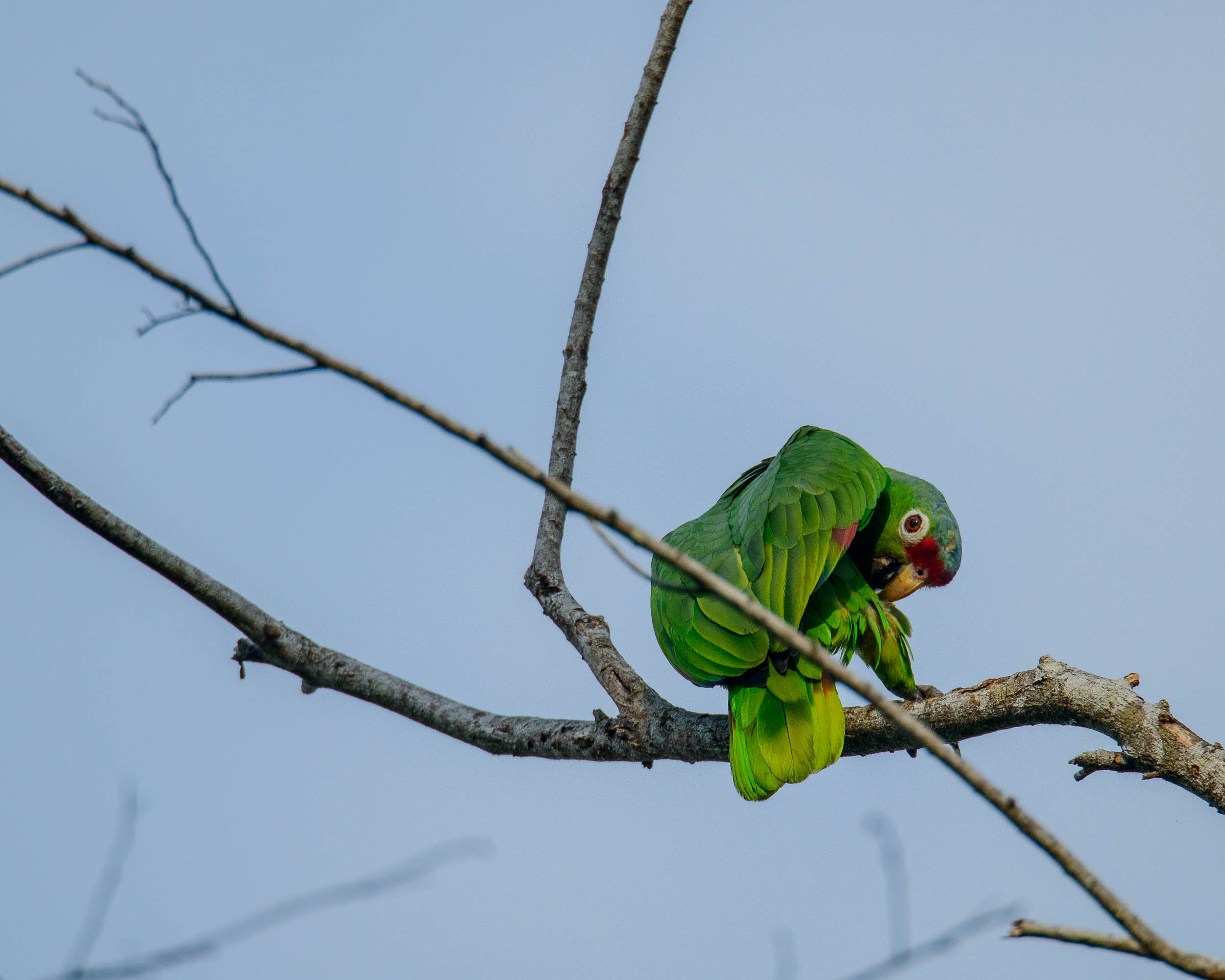 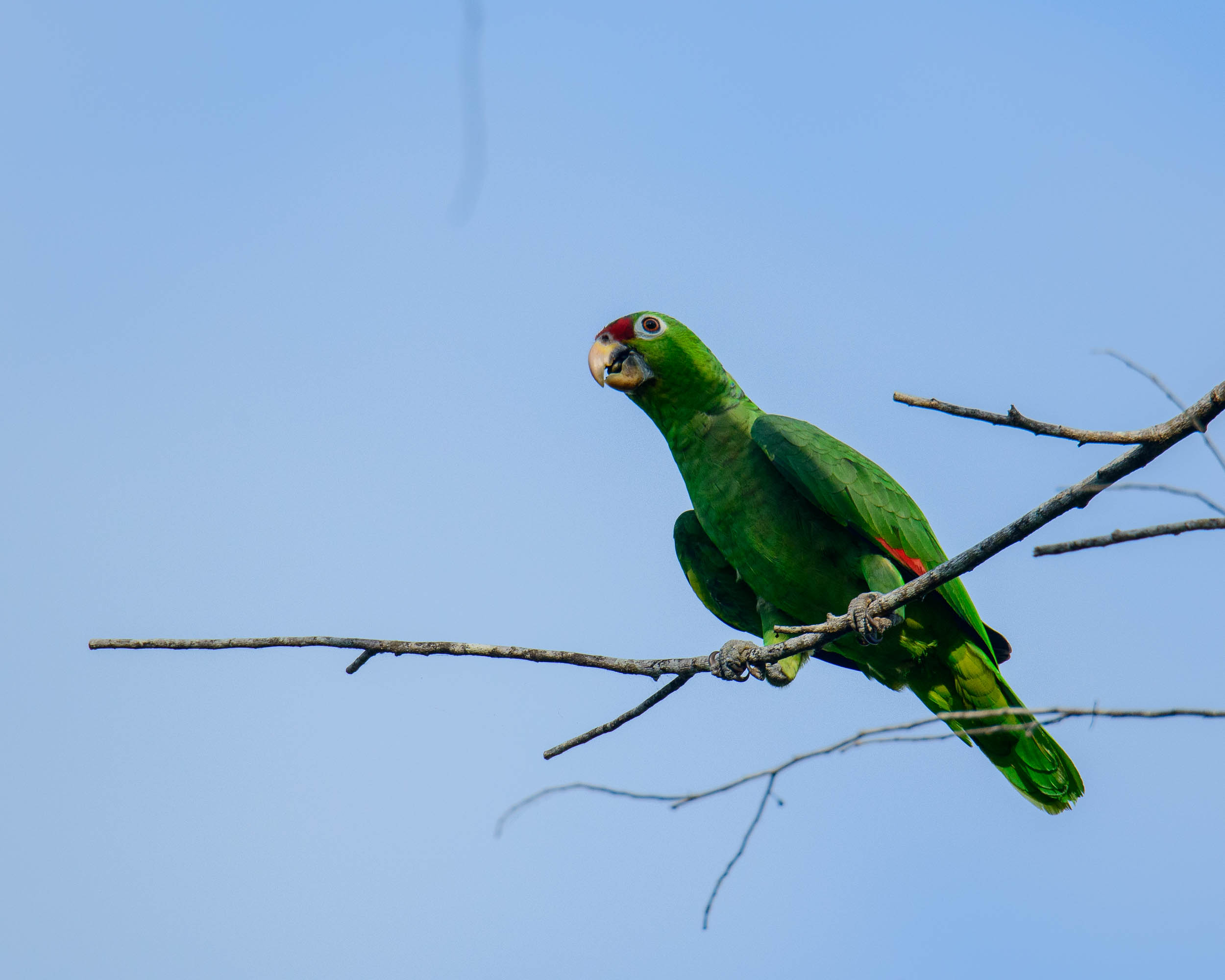 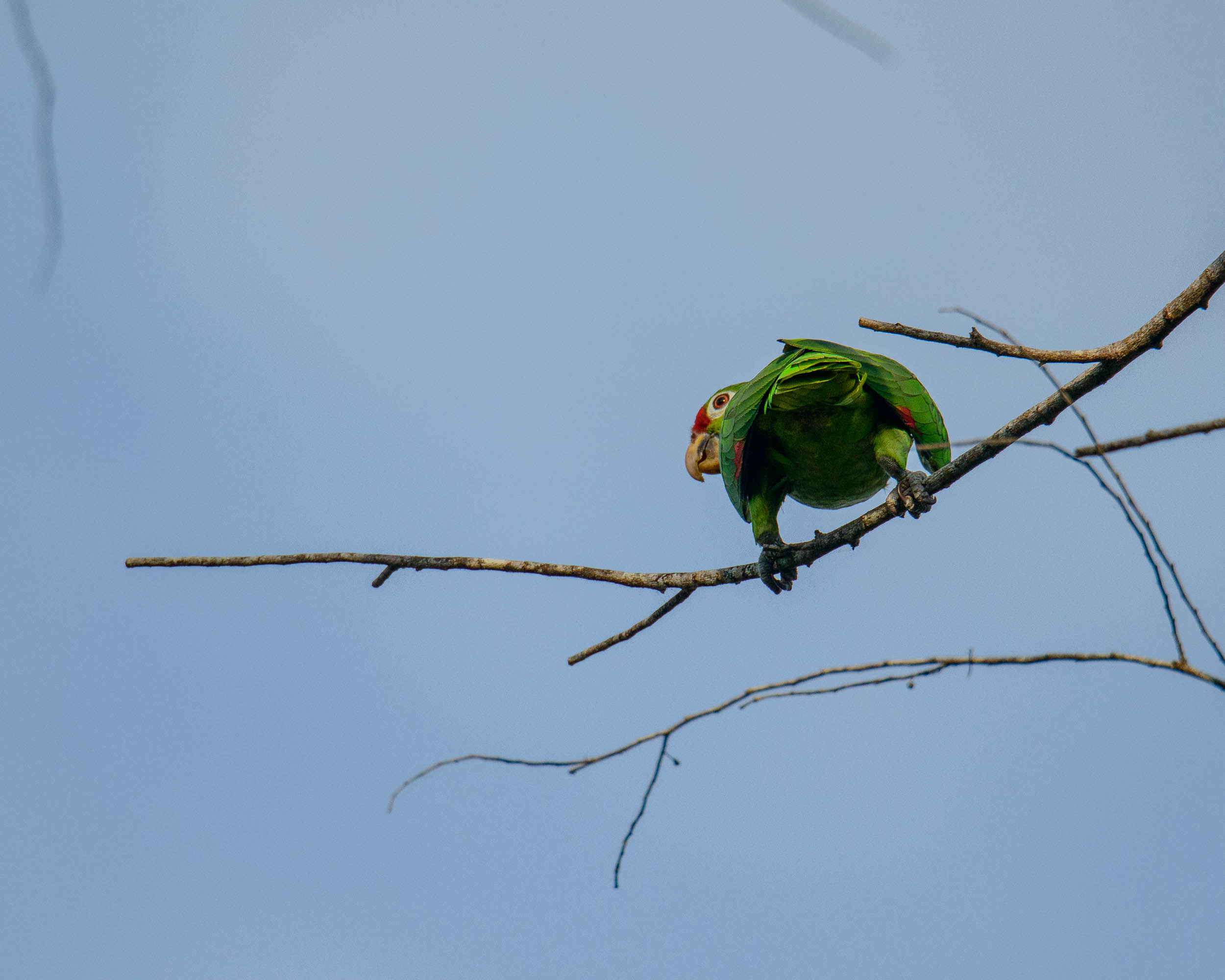 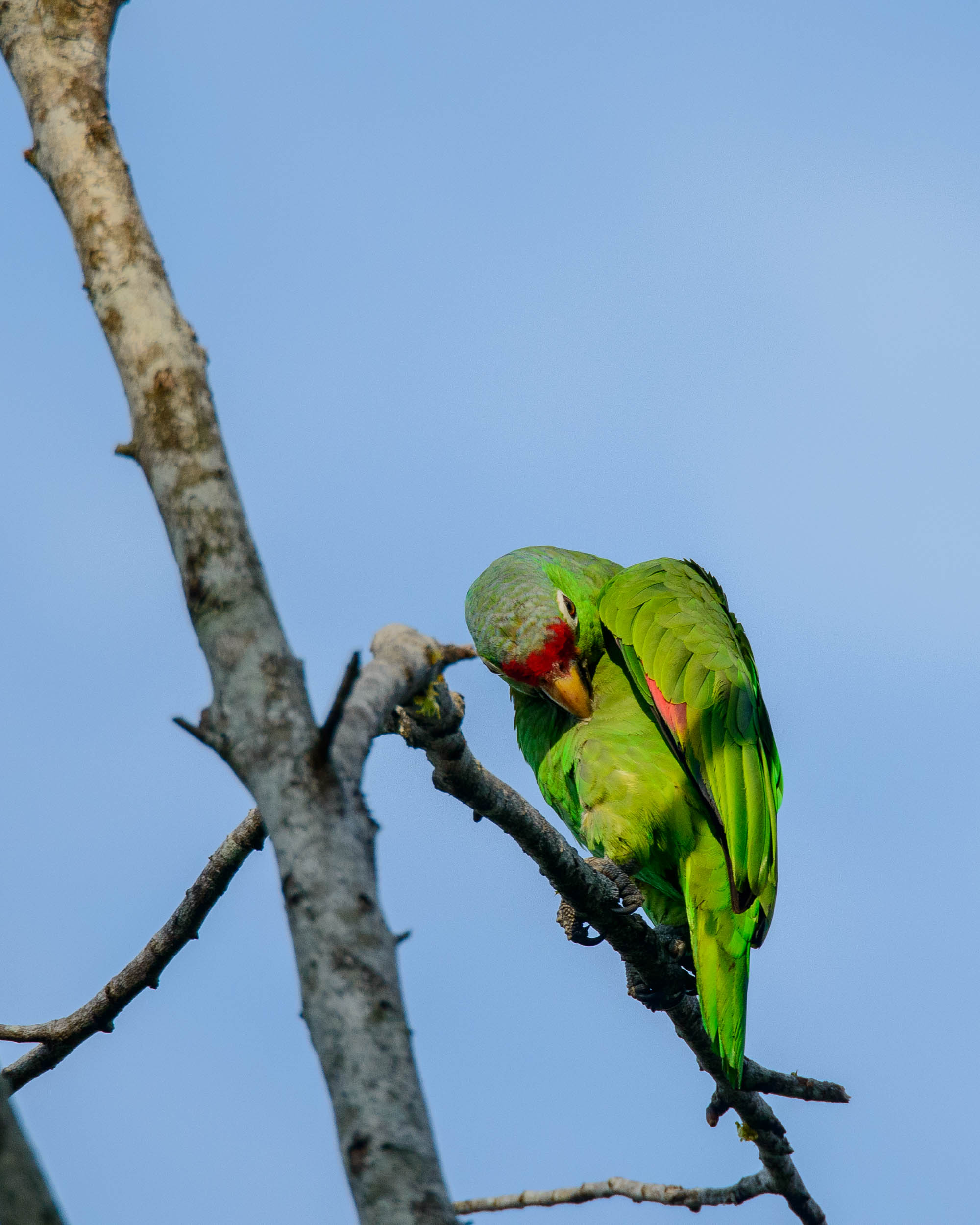 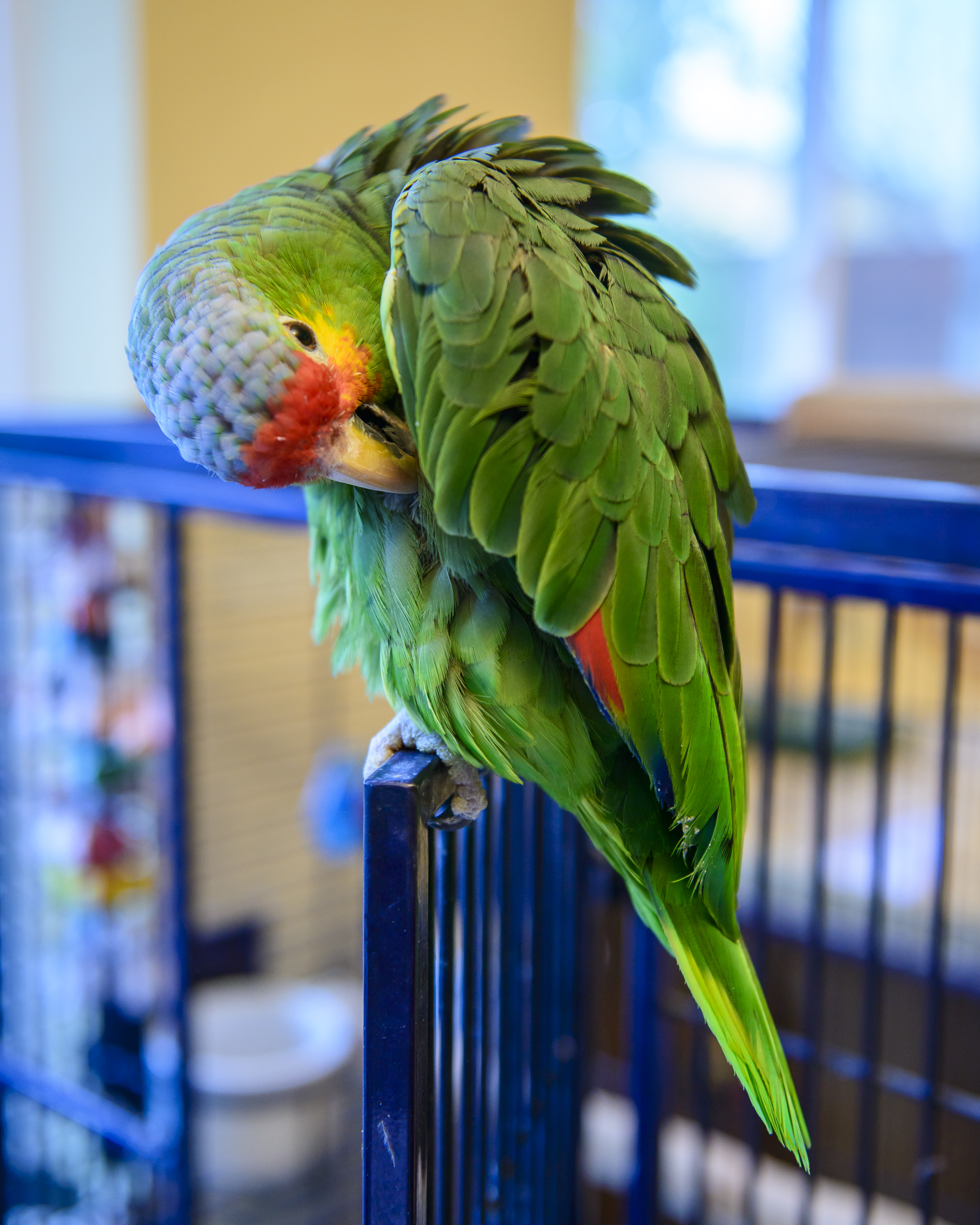