I ate an early dinner with Richard, one of my fellow photographers on this trip, at the Denny’s across from the hotel. Yes, Denny’s; it was one of the few options for a meal close by, the others being McDonald’s, Pizza Hut, and Rostipollos, a Costa Rican based franchise chain. Our meal was acceptable and since neither Richard nor I eat at Denny’s in the US, we were, in a way, trying food foreign to us. I do think, however, that on my way home next week, I’ll select the Rostipollos option.

As we walked back to the hotel, an ear piercing, raucous din surrounded us. There were birds in all of the palms and other trees by the hotel. I looked up and to my delight they were green parrots. I ran back to my room, got a camera and my long lens and ran back outside. It was such fun to watch these colorful animated birds cavorting in the trees before settling in for the night. The doorman told me that the pericos sleep in the trees every night and fly off every morning at 6AM.

A couple who were birders from Fort Worth, TX declared that they were red-lored Amazons. I assured them they were not, as I am intimately acquainted with that species. I thought they were conures. The “Birds of Costa Rica” Kindle book on my iPhone identified them as aratinga finschi, a type of conure, also known as the crimson fronted parakeet, or perico frentirroho in Costa Rica. It is the most common parrot seen in the San José area.

In a period of about 40 minutes between 4:40 and 5:20PM, I took 368 photographs of these birds. I discovered what I already knew: birds in flight are very difficult to photograph. But, I did manage to get a few still shots that I thought were blog-worthy. Each shows some examples of common parrot behavior. The preening is sweet and it seems to be a nighttime ritual which might explain why Bobo allows me to preen her head just before bedtime. I use fingers, however, not my mouth. And, it’s fascinating to me that they use their tails as stabilizers, like woodpeckers do. I’ve never noticed Bobo doing that but then again, I’ve never seen her climb a palm tree. I couldn’t decide if they were playing or fighting when small skirmishes broke out over a place to roost. When it got too dark, I returned to my room and took a photograph of the sunset through the window. I’m happy, and if I don’t see another parrot while I’m here, I enjoyed most of an hour as one of the few interested observers of this fascinating spectacle on this day. 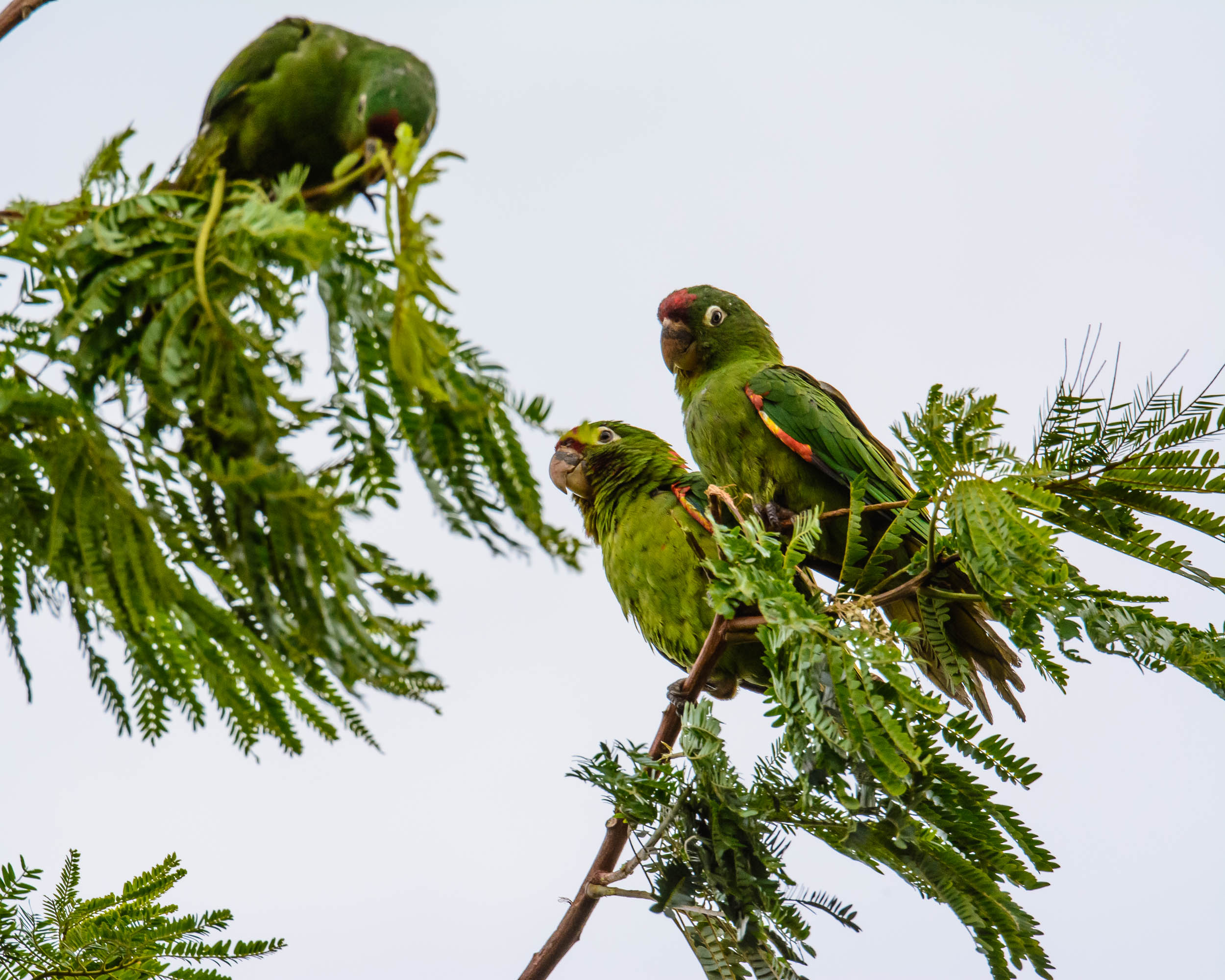 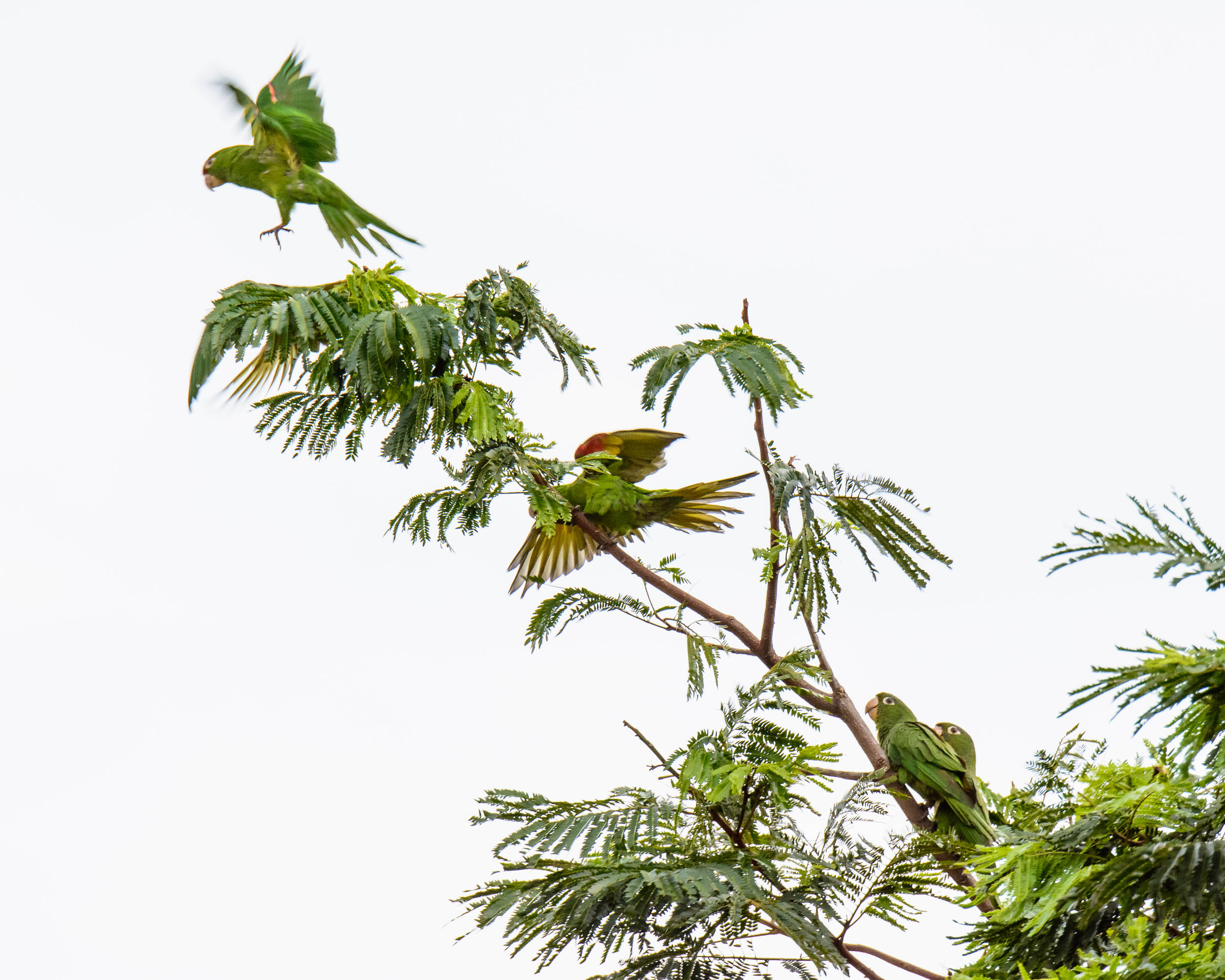 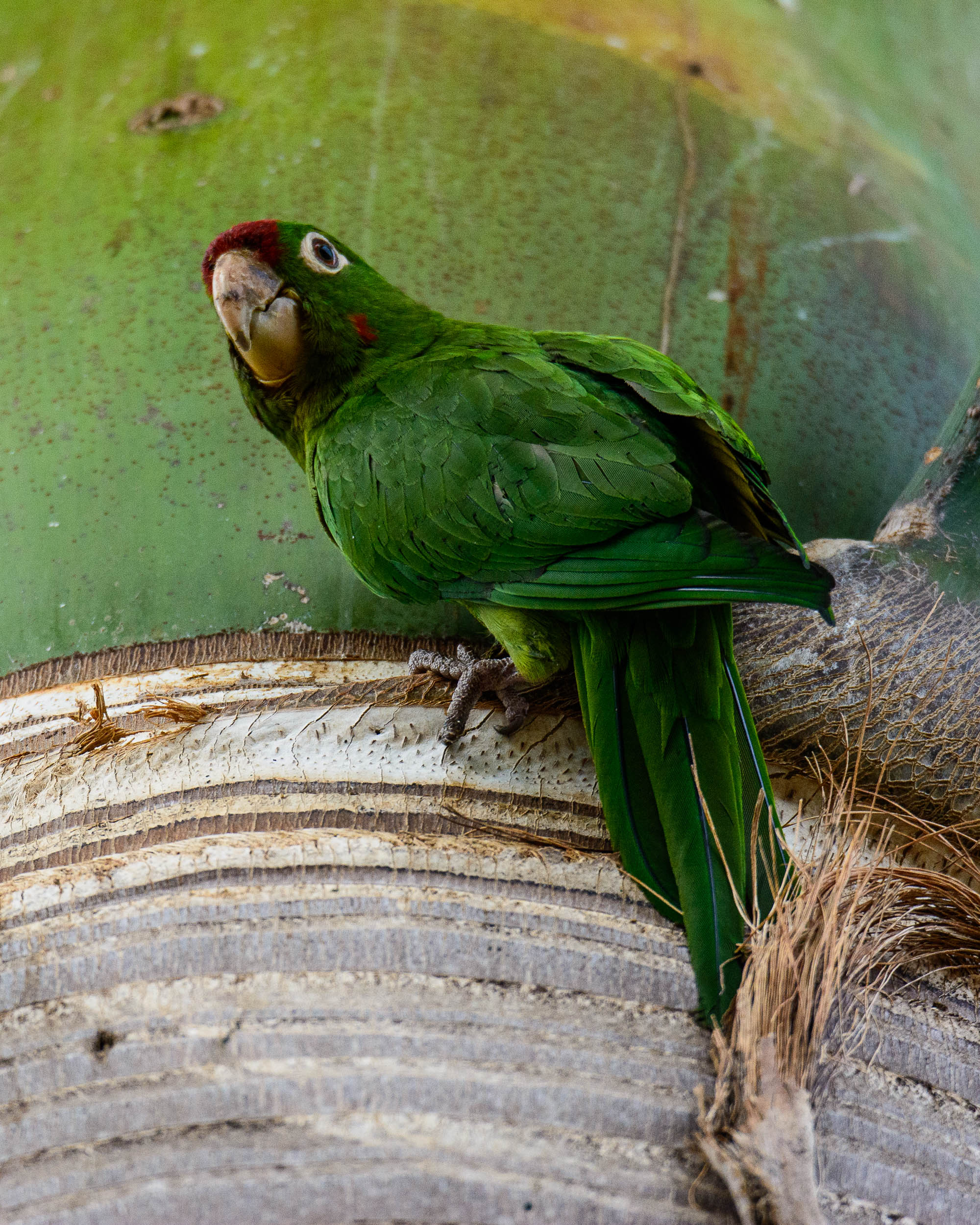 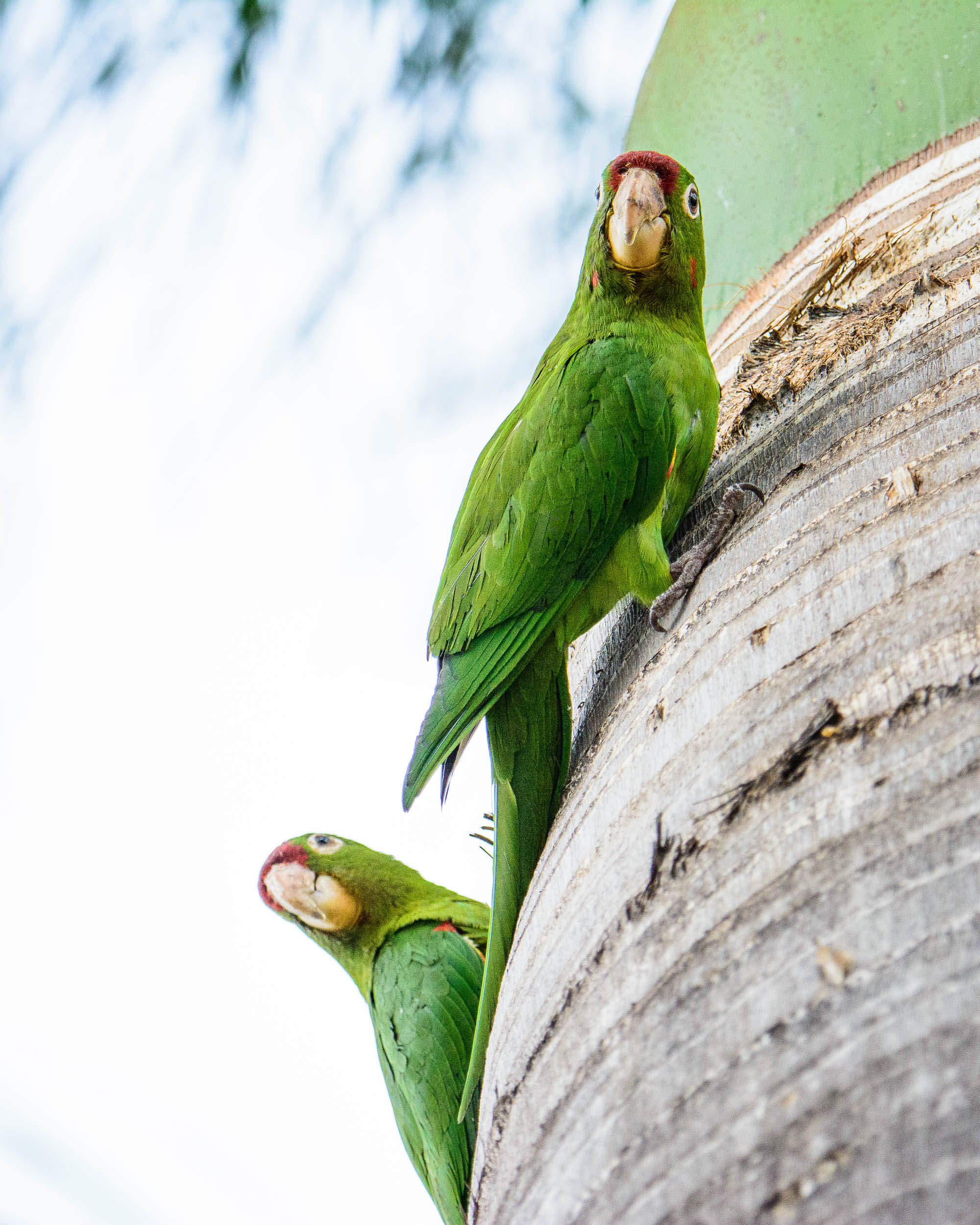 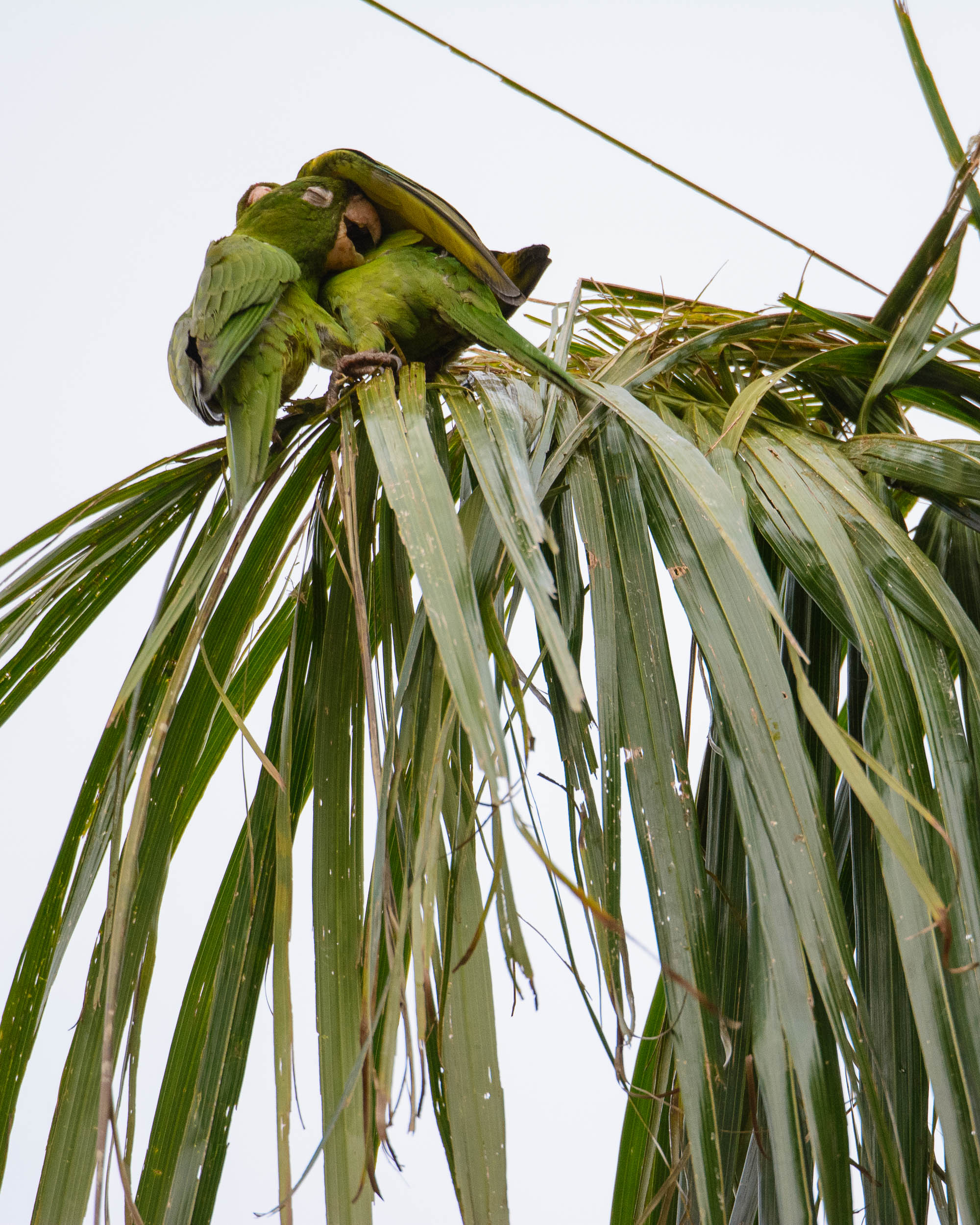 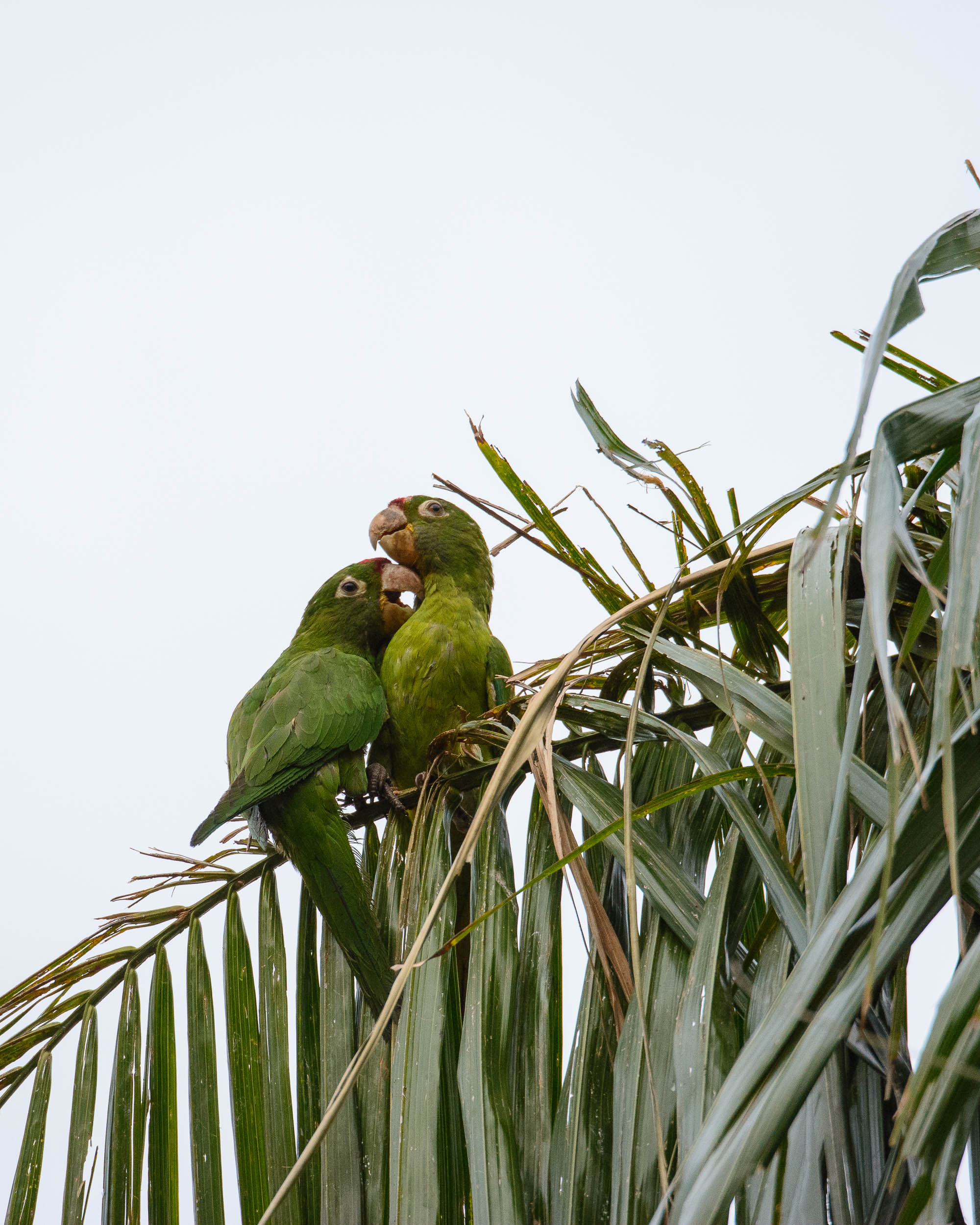 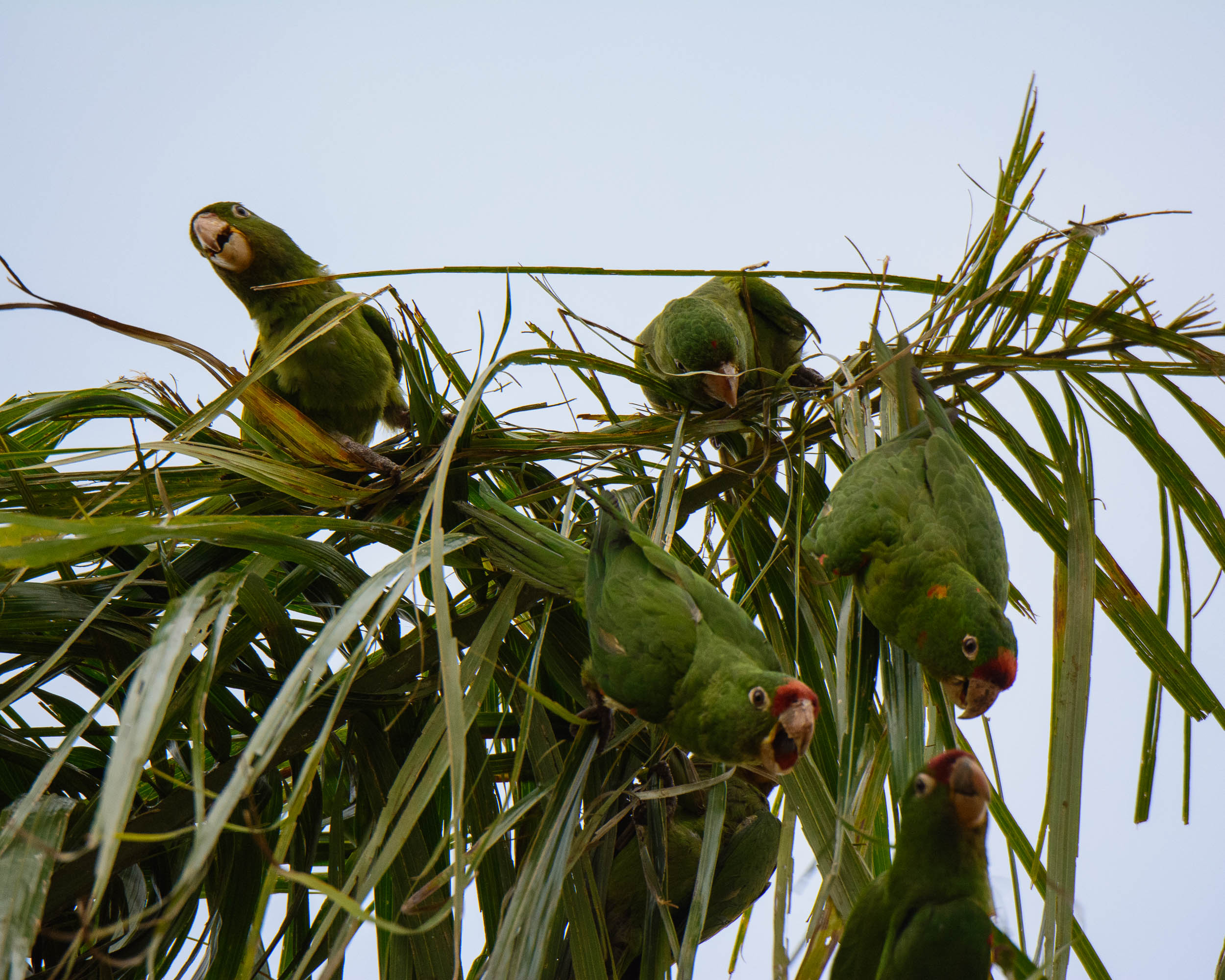 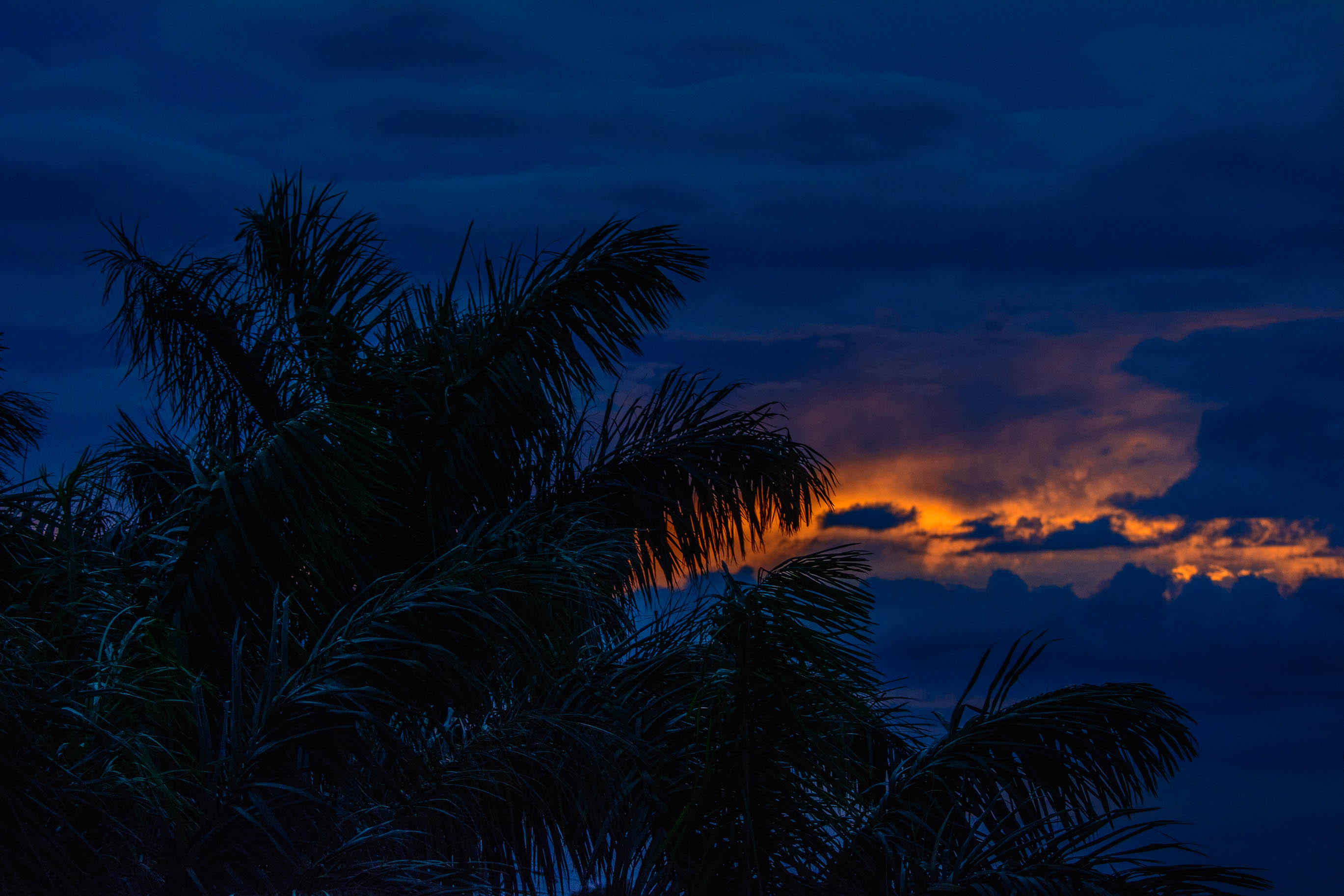