As John Cameron Swayze used to say in those old Timex commercials after subjecting a Timex watch to some sort of torture, it “takes a licking and keeps on ticking.” With that Timex advertising campaign a distant memory, I have the 2015 version of it. I unintentionally washed and dried my Fitbit Zip last night. When I took my jeans out of the dryer, I was horrified to see my little Fitbit clinging to the waistband. Certain that I had ruined it, I tapped its face, it came to life and immediately synced the activity to my iPhone. Not only that, despite having had a very inactive day yesterday, at least when it came to walking (I didn’t go to the gym and I left the house only to get the mail), after its literal spin in the washing machine and 50 minutes knocking about in the dryer, it registered 6001 steps and 9 active minutes! I suspect that 9 minutes is the time spent in the spin cycle! The Fitbit Zip is not supposed to be waterproof but it seems to have survived its dip. I guess I should include the caveat, “don’t try this at home.”

A recent Flickr challenge was “clean.” I decided to take this macro shot of my clean Fitbit Zip which shows some of the lint it picked up in the dryer. I’m not certain what this Fitbit “smiley” means; it always starts out the day with its tongue hanging out in exasperation over no activity. I think today it means it is heaving a sigh of relief after surviving “taking a licking.” 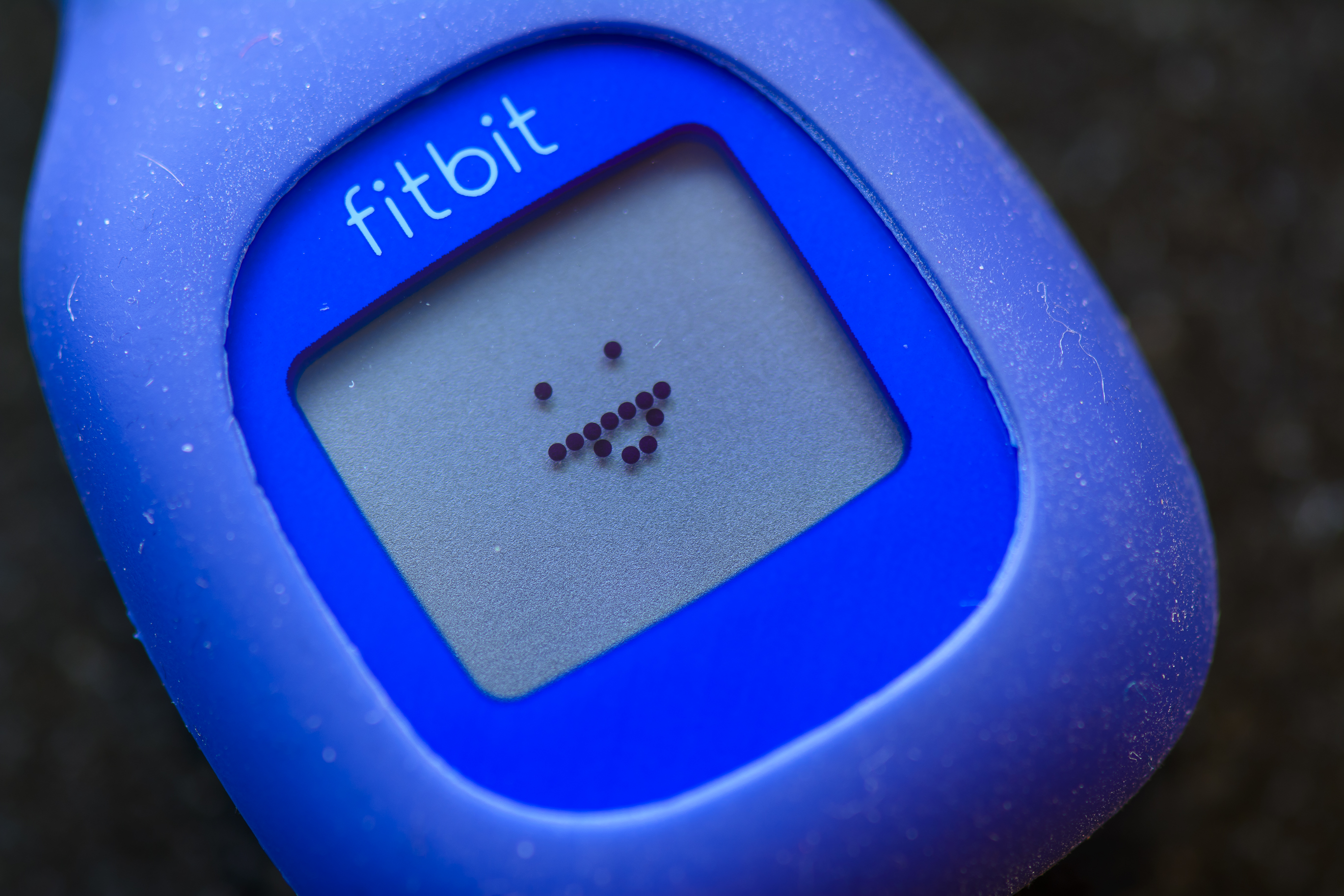