It is, thankfully, raining here today and it seemed to me to be a “soup” day. I had almost all the ingredients on hand to make split pea soup, one of my favorites, so when I went to pick up Bobo at her Vet where she boarded while I was away, I picked up the few ingredients I needed, including a baguette. As obsessed as I was over French baguettes which I devoured with great gusto everywhere I found them in France, I neglected to get any closeup photographs of an authentic French baguette. The “handcrafted” Nob Hill baguette from my local Bel Air supermarket has to stand in today for a French one. To add a bit of authenticity, as a background, I used my 35 year old “Paris-Bistro” apron, a wedding shower gift from my friend Melinda, which purports to be “désigné en France pour les gourmands sérieux”—designed in France for serious gourmets. I’m not a serious gourmet but I do love this apron.

And, as an aside, regarding the great gusto with which I devoured the baguettes, all of the delicious meals in Spain and France, and the copious amounts of wine during my two weeks in food and wine heaven, I gained only 4.4 pounds. I walked 64.4 miles (144,620 steps recorded thanks to my Fitbit); 7 of the days were aboard ship or on sightseeing excursions where our steps were limited to an average of less than 3 miles a day. While in Barcelona and Paris, we averaged walking more than 6 miles a day. 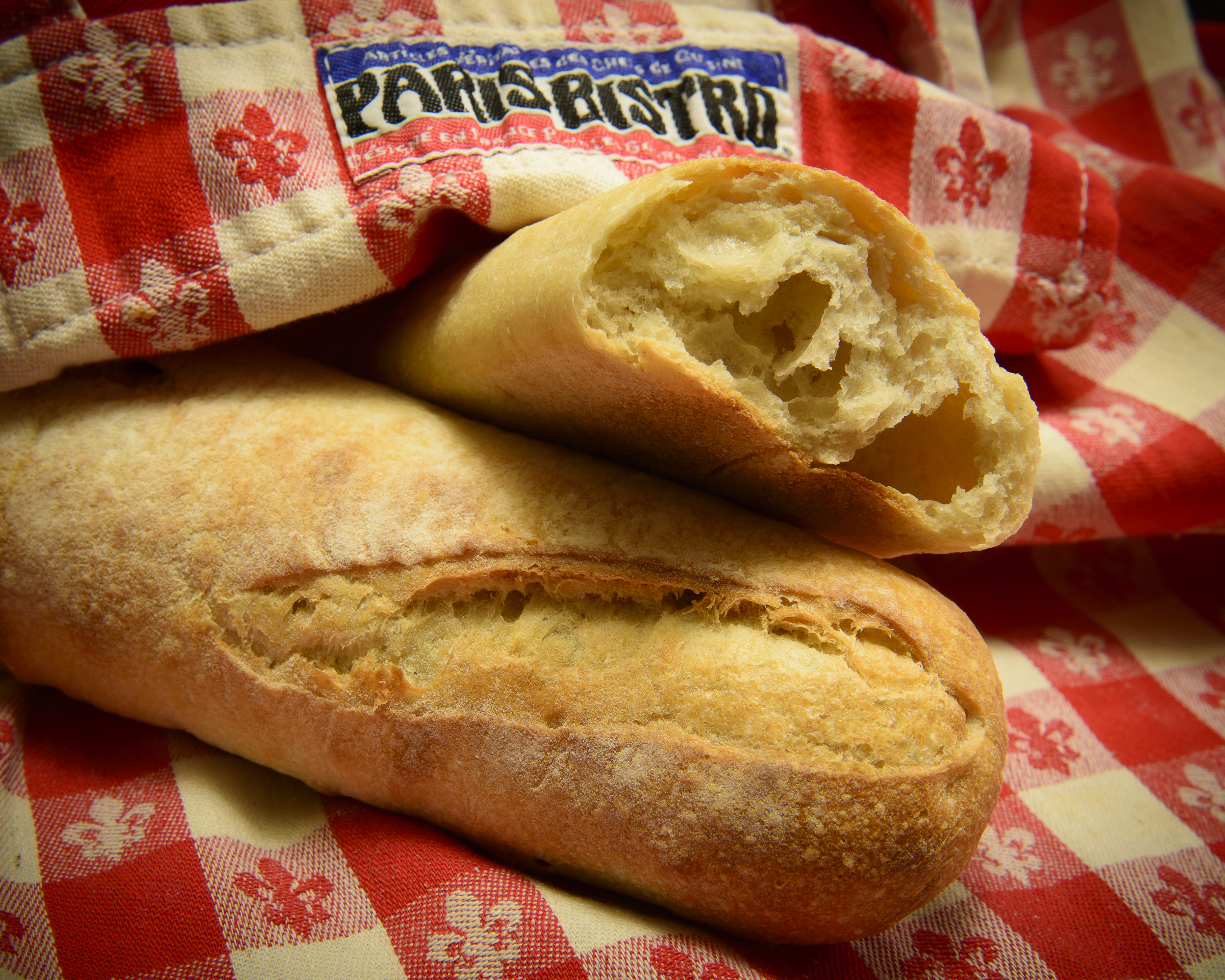