A male Greater Prairie Chicken reacts as his rival flies up to attack.  The males would pair off in what appeared to be staring contests that suddenly erupted into fierce confrontations with claws thrashing and beaks tearing at rival feathers.  This is life on the lek in April as the male Greater Prairie Chickens try to dominate the lek.  Their goal is to mate with the females who watch seemingly indifferently from the sidelines.  The cold and snow did not seem to have any adverse effect on the ongoing skirmishes. 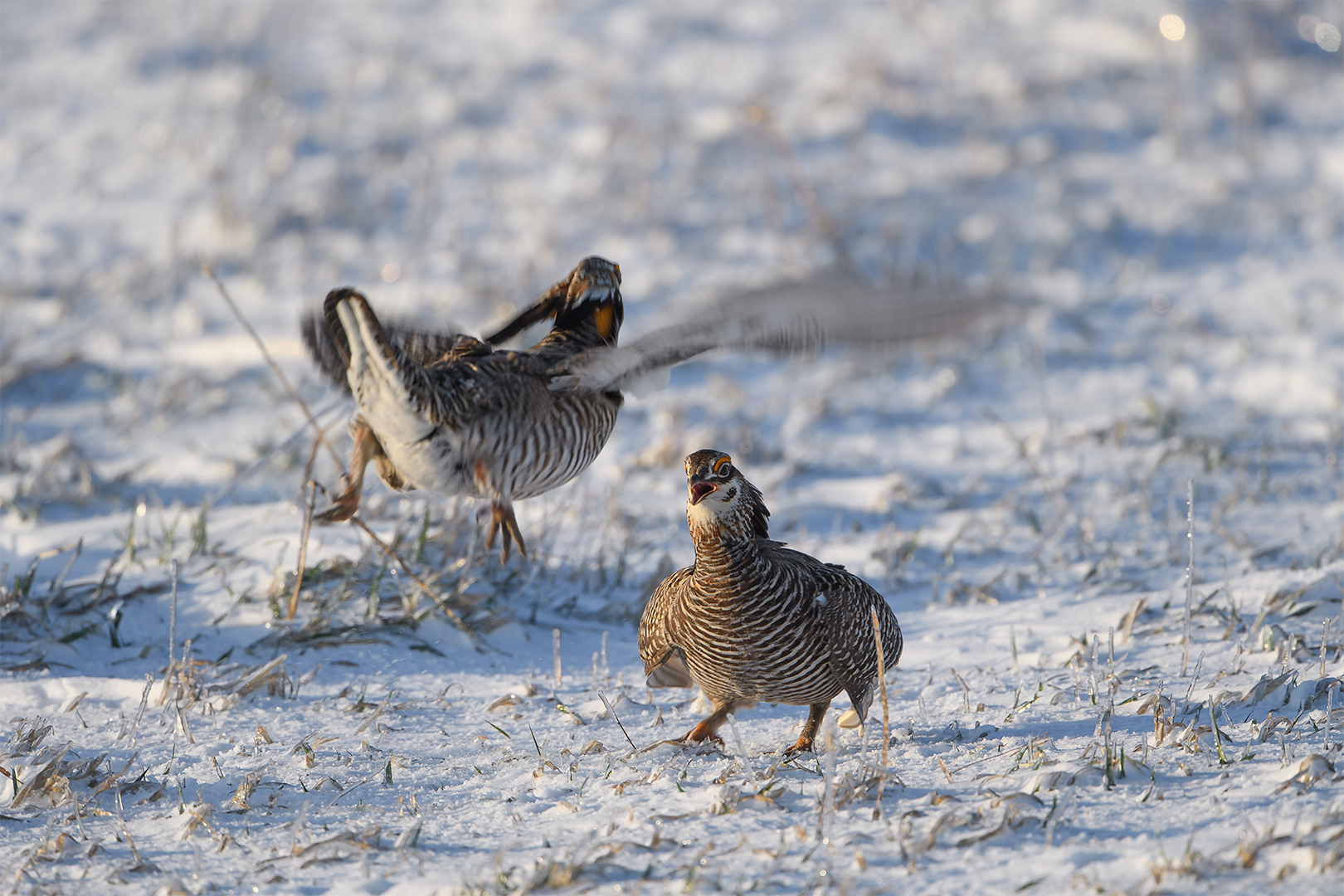