Yellowstone National Park returned to full staffing again on Sunday, our last day there, after a five week government shutdown.  Although the park itself remained open during the shutdown, there  was a dearth of wildlife anywhere in the accessible areas of the park.  We joked that the critters were furloughed along with the government employees.  There were theories about why the critters were absent.  One of the  most plausible explanations was that despite what we felt were bone-chilling temperatures (highs in the teens and lows of -1° with windchill of -15°), the temperatures just weren’t cold enough to drive the animals into the valley to forage.   During our five days in the park, we saw a few Coyotes,  three or four small herds of Bison, and a lone female Elk but most of the critters we saw were not close enough for us to photograph them.  We were on the lookout for a reported lone Bull Moose but never found him.  We had only a few opportunities to photograph Bison that were in range of our cameras, and Sunday turned out to be our best day.  It was almost as if some of the critters returned to the park, too. This Bison bull’s face is covered with ice crystals from his search for grasses under the snow while the mists from the nearby thermal vents melt the snow behind him. 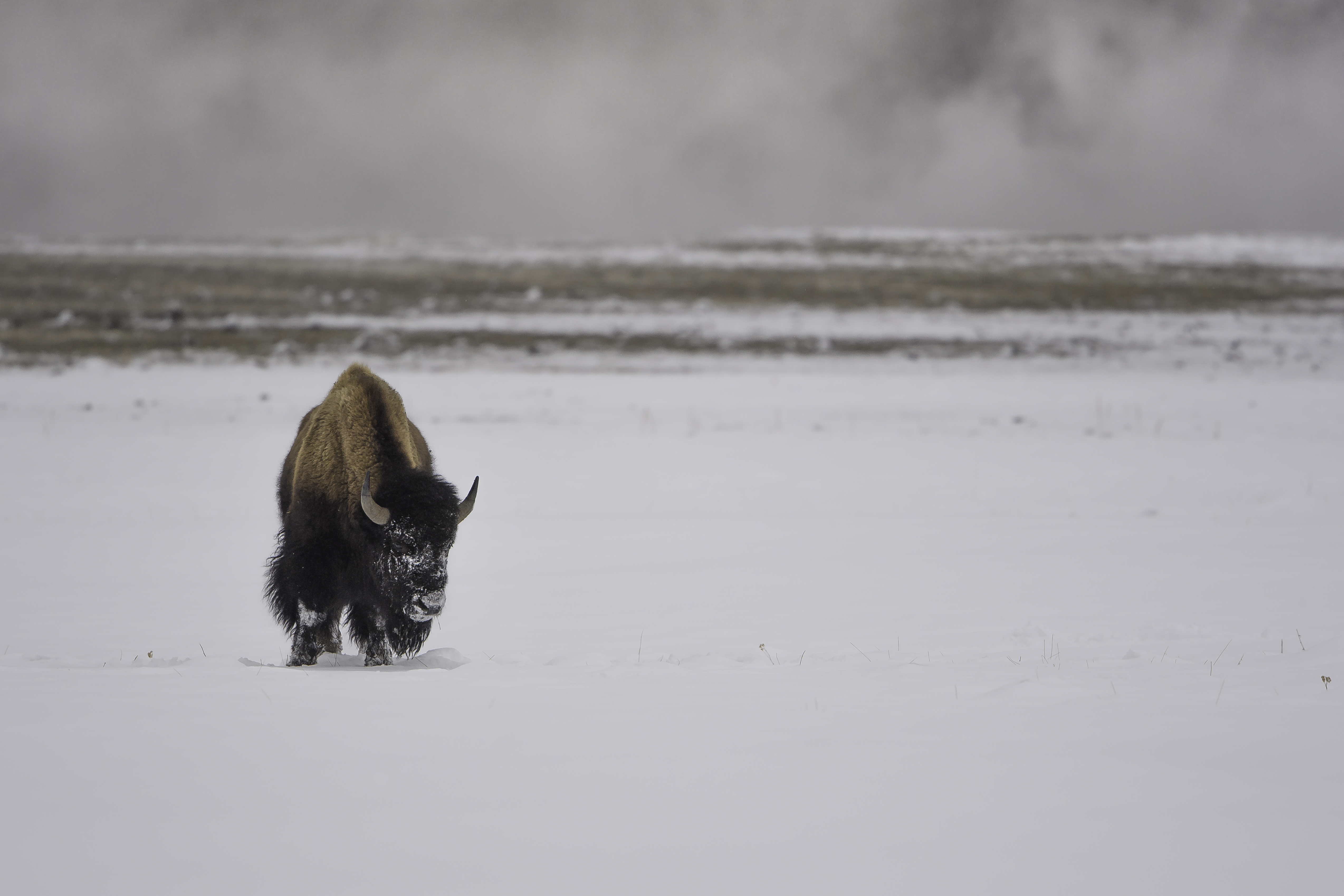