I don’t considser myself a birder.  I consider myself a photographer who photographs birds.  But, I love watching bird behavior and learning to identify them and whenever I post a photograph of a bird, I try to accurately identify it.  Sometimes I’m stumped.  Today’s post is one of those times.  I know this is a gull.  I think it’s a 1st winter California Gull, based on my Sibley Guide to Birds.  I’m basing this on the brown feathers on its head, breast, and wings and the white eye ring which are shown in the guide as  features of first winter juvenile California Gulls.  But, the tail feathers are confusing me.  The dark band on the tail feathers with white at the tip is shown as a feature of juvenile Ring-billed Gulls.  But the dark iris is a feature of a California Gull.  So, I’ll just call this one a Juvenile Gull. 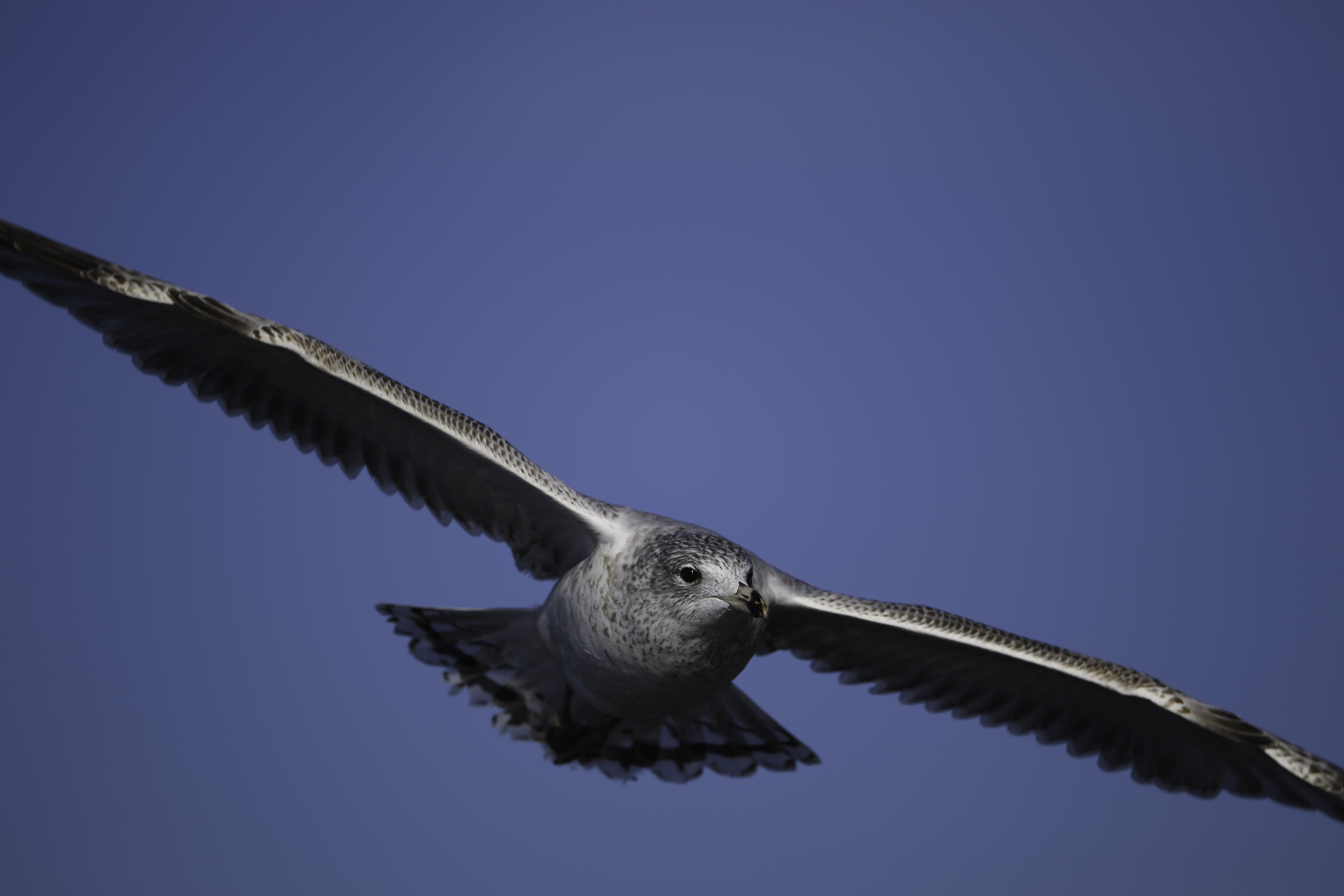