For me, figuring out which gull species a juvenile gull might be is difficult.  Many juvenile gulls have brown feathers and simlar feather patterns.  Their beaks change as they mature so, for example, a young Ring-billed Gull doesn’t have a ring but rather the entire tip of its beak is black.  Juvenile California Gulls and the Herring Gulls, other gull species common in the Sacramento area, have similar traits so identification can be complicated.  The color of the legs can sometimes be an identifying factor and that is why I determined this is a juvenile Herring Gull.  It’s legs are pink. 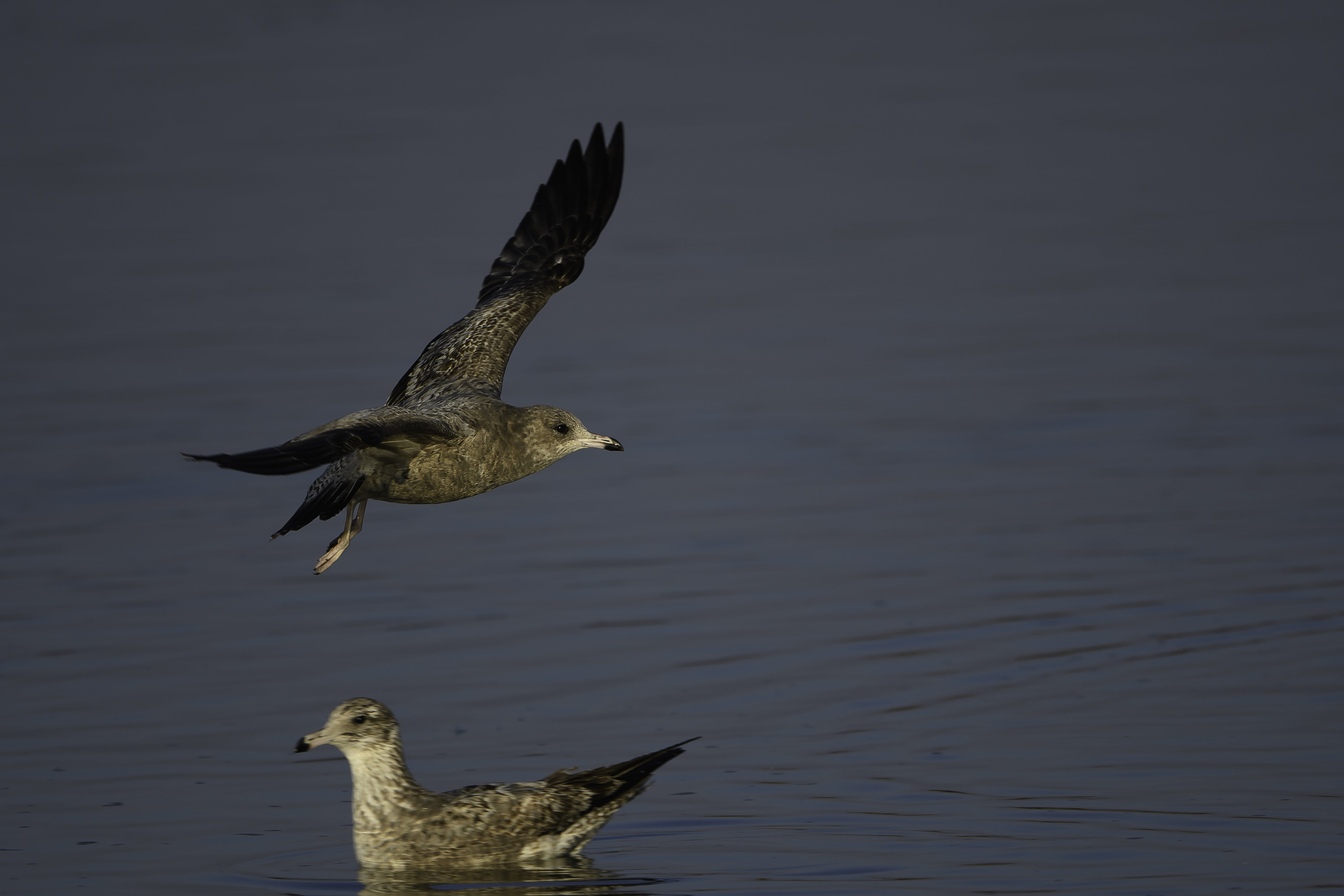