Identification of wolves and their packs is difficult in Yellowstone, even for experts.  We thought that the pack we observed at Bijah Spring was the 8 Mile Pack because the kill was at the most southerly end of the pack’s known territory but the NPS identified the pack as the Wapiti Lake Pack.  This kill was documented by many photographers besides us and a video made in the hours before we arrived at the spot was posted on Instagram by the National Park Service.

The Yellowstone Forever Wolf Fund sells a guide to the park’s wolves that includes the known number of wolves in each pack, the territory each pack roams, which wolves have radio collars, and males, females, and alpha wolves and their colors.  Identification of the Alpha Male in either pack is not definitive but the chart indicates that both packs’ Alpha Males might be uncollared black wolves.  While we watched the wolves napping in the afternoon sun, one large black, uncollared male got up and headed toward the kill.  As the other wolves stirred and one by one began to make their way down the hillside toward the bison, the black male alone went to the kill and began to feed.  All of the other wolves stayed well away from him while he fed.  He fed alone for about ten minutes before the others slowly crept into the kill area, still giving deference to the black male.  Here he approaches the kill site stealthily working his way through the mists from the hot spring. 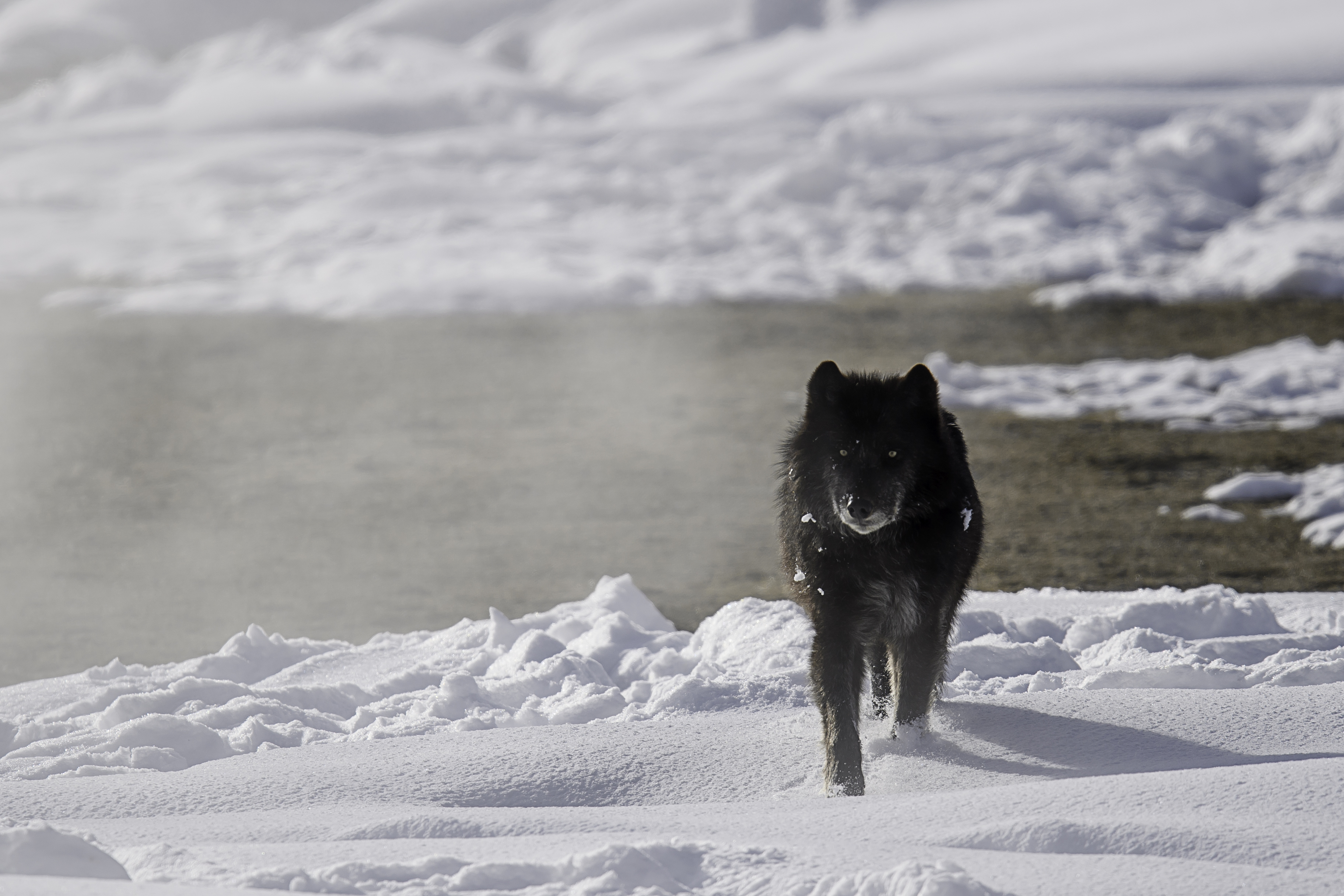