Ross’s Geese and Snow Geese are very similar looking birds and the vast majority of the geese that we saw at Bosque del Apache were Snow Geese.  But there were some Ross’s Geese mixed in with the Snow Geese and I think the first photograph shows two Ross’s.  The beaks of the two species are slightly different with the Ross’s beak a little shorter and the head a little rounder than the Snow Goose’s.  In the second shot, the most visible bird is a Snow Goose.  The beak is larger and has a large “grinning patch” on the edges of the beak.  The Ross’s beak is shorter with no prominent “grinning patch.” 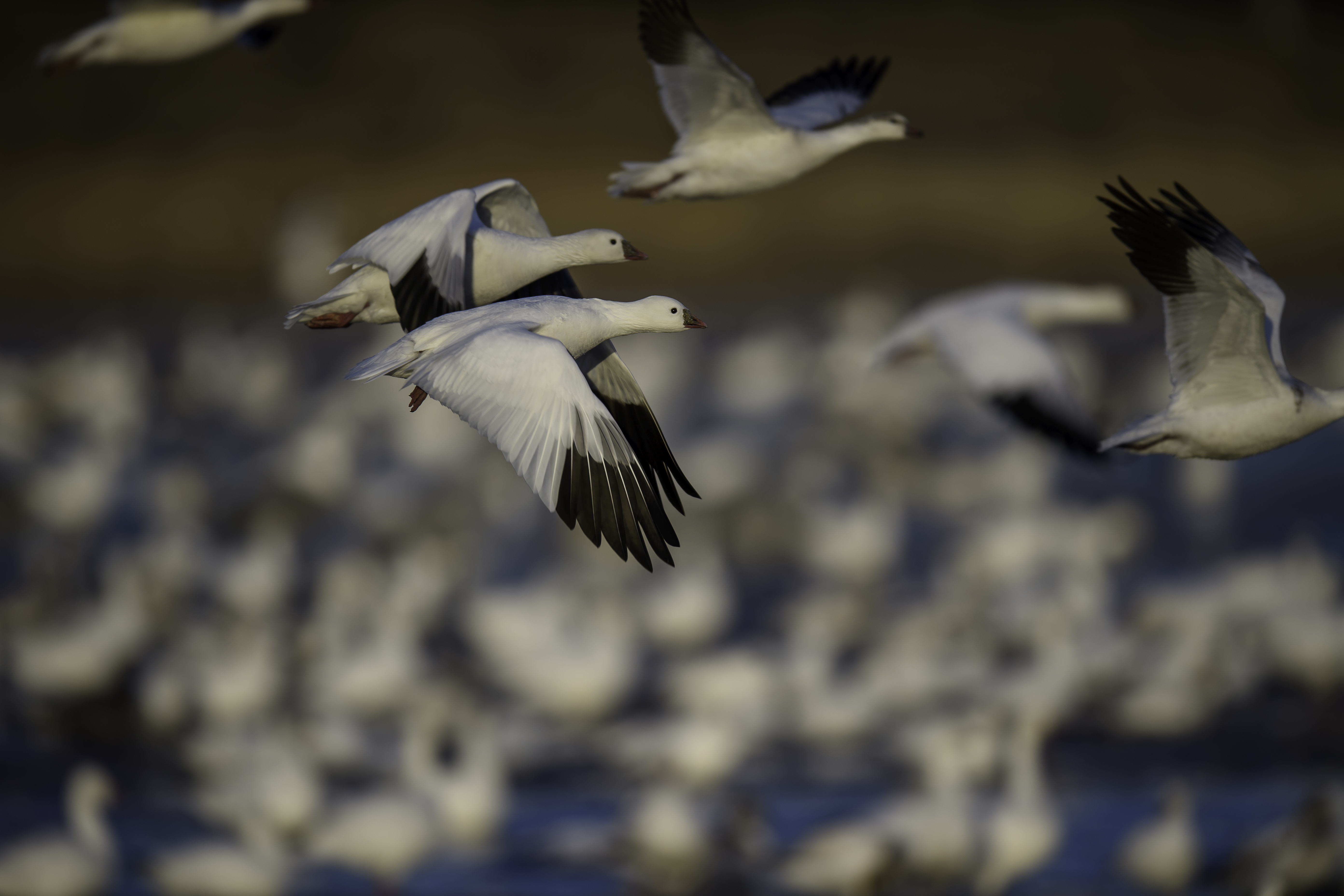 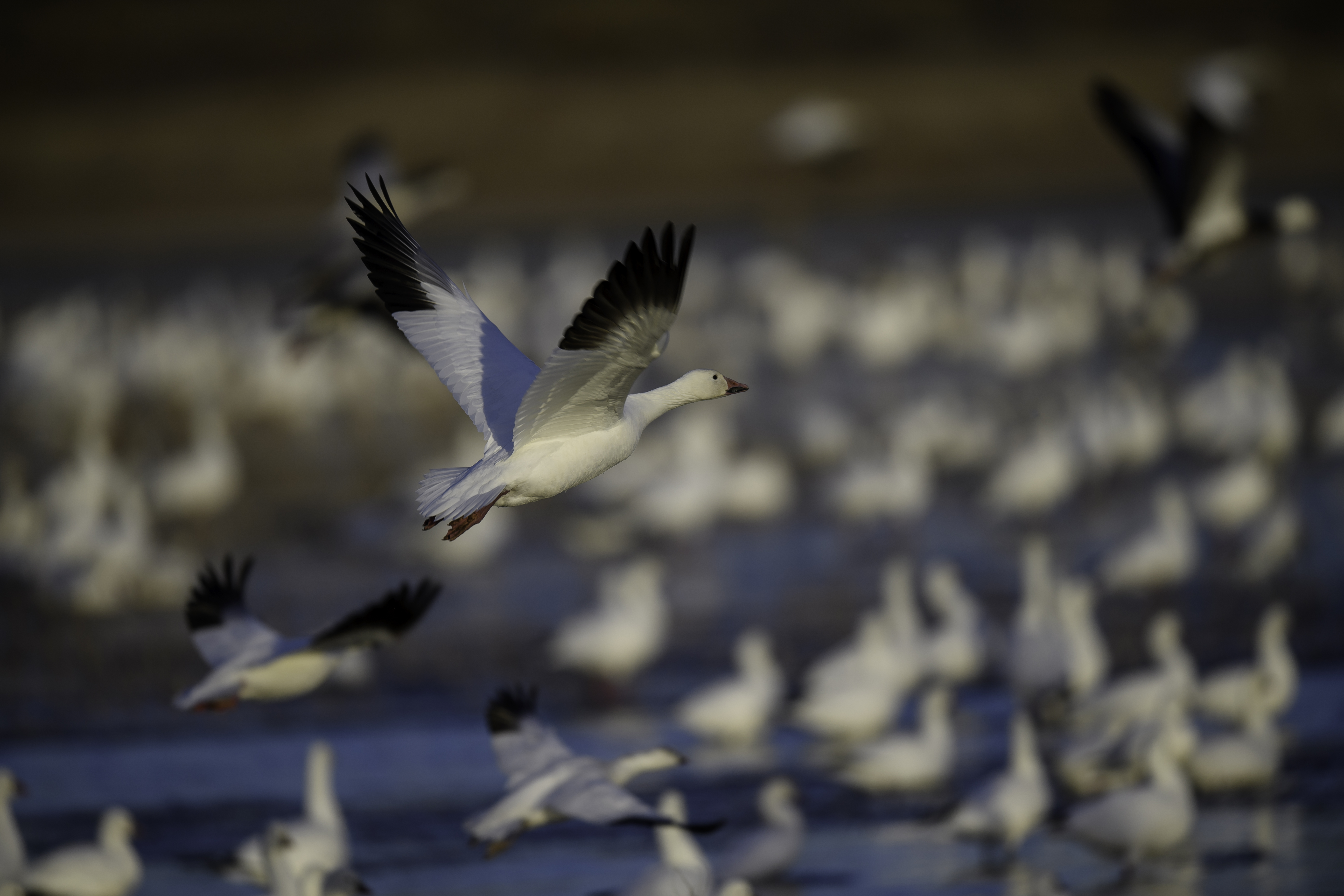