It’s rare to see the ruby crown of a male Ruby-crowned kinglet unless he’s courting a female in the spring.  I have seen it recently while watching him bathing enthusiastically but have not been able to capture an in-focus shot.  On New Year’s Day,  the tiny kinglet kept trying to glean something from the hummingbird feeders.  In this shot, he is peering down at the feeders suspended below him, apparently trying to decide which was the best way to get to them.  It was only after I downloaded the images that I noticed one of his ruby feathers is peeking out from the top of his head.  It’s a bright pink spot that almost looks like it’s a chromatic aberration.  It is not.  In the best of worlds, the entire top of his head would be this color. 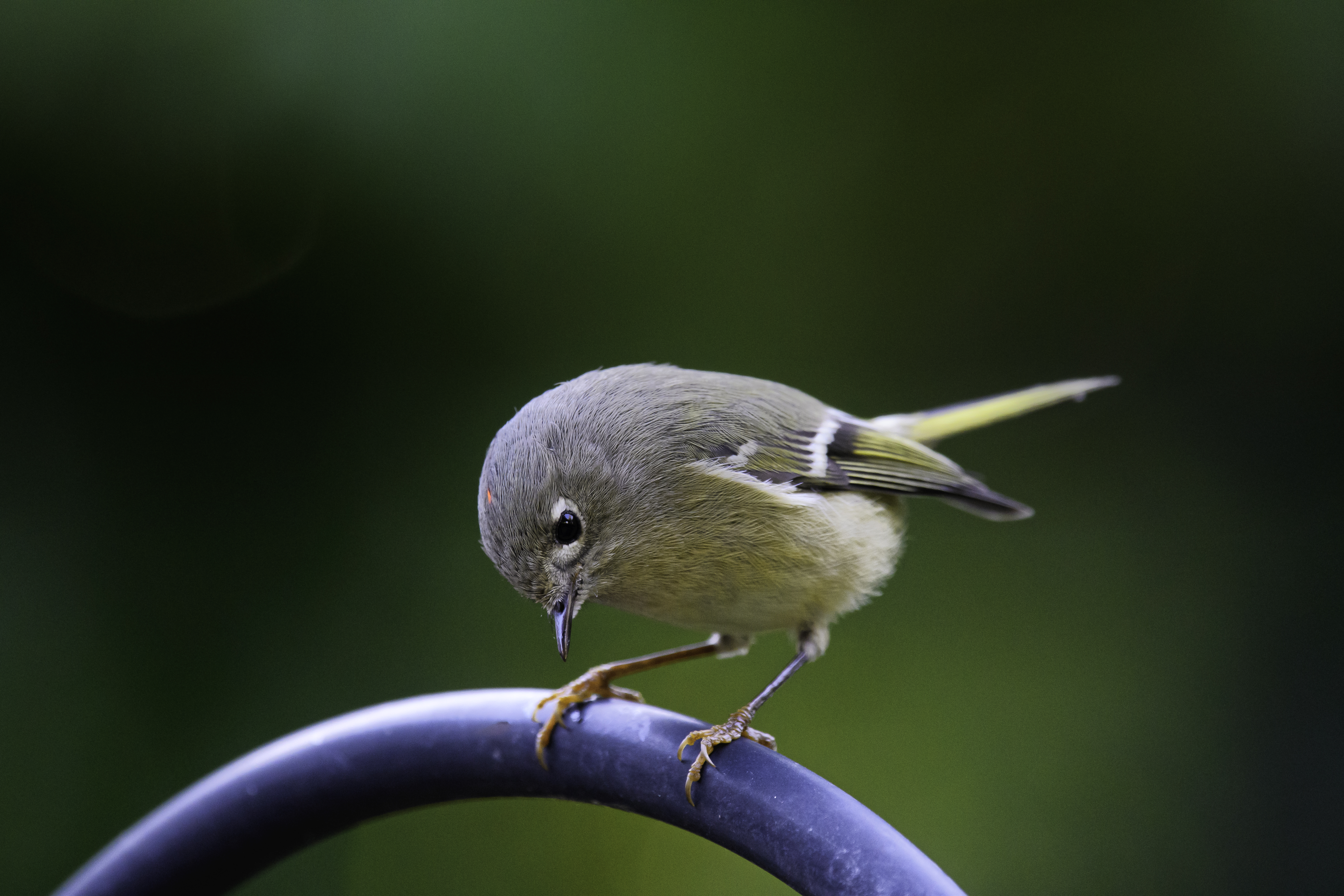