I had a breakthrough of sorts on my second day in Oregon, after my first relatively unsuccessful attempts at burring the clouds and water using multiple exposure the day before.  When I first tried multiple exposure, I failed to adjust exposure to get slow shutter speeds which, when all images were combined, would blur the water and clouds.  The water in my shots was only partially blurred  and the skies yielded tack sharp birds flying through in multiples of ten, which just happened to be the number of shots I took that the camera combined into one.  My breakthrough occurred when I used my new Breakthrough 6 stop neutral density filter the  next day.

There are a few steps I had to follow for the successful use of the Breakthrough 6-stop ND filter.  First, before attaching the filter, I had to determine the proper exposure.  I first set the ISO to the lowest setting on the Nikon D5, which is, in effect, ISO 50, and the aperture on my 24-70mm lens to f/22 and noted the resulting shutter speed.  Then, after I attached the filter, and changed the exposure mode from Aperture Priority to  Manual, I entered the shutter speed into the handy ND Timer app for my iPhone.  The app calculated the new shutter speed required to get the proper exposure with the filter attached.  Anything over 30 seconds requires that the shutter speed be set to Bulb or Time and the ND Timer App will time the exposure.  After I reviewed several exposures, I discovered that I preferred a darker exposure so I increased the shutter speed to a faster 25 seconds.  This is the image that resulted.

The clouds are streaked with considerable movement in the 25 second exposure.  The occasional rain drop landed on the filter while the camera was exposing the shot.  They show up like small dark dots on the image so I had to remove quite a few of them in Adobe Camera Raw. 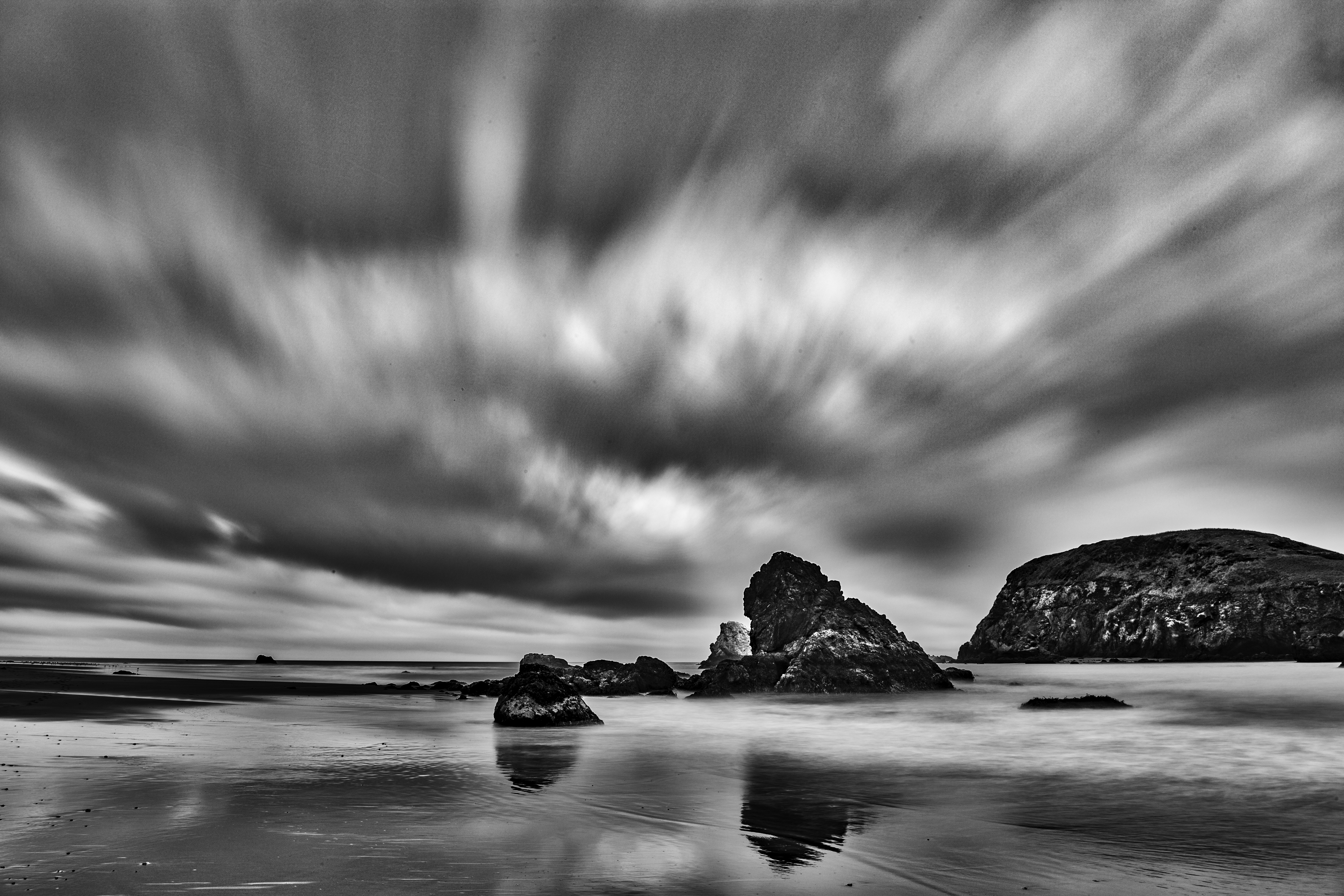