Homer Jr. was out Saturday protecting his territory from all who ventured near.  When he finally rested, I trained the camera on him and he began to flap his wings for two or three seconds and actually reversed his position on his perch, facing away from me but it was a few more minutes before he took off to feed.  I noticed that his wings are filling out.  Previous photographs have shown wing feathers not fully grown out.  And, his gorget is beginning to increase in size and his head feathers have begun to turn color as well.  It won’t be long before I’ll be unable to distinguish him from Homer. 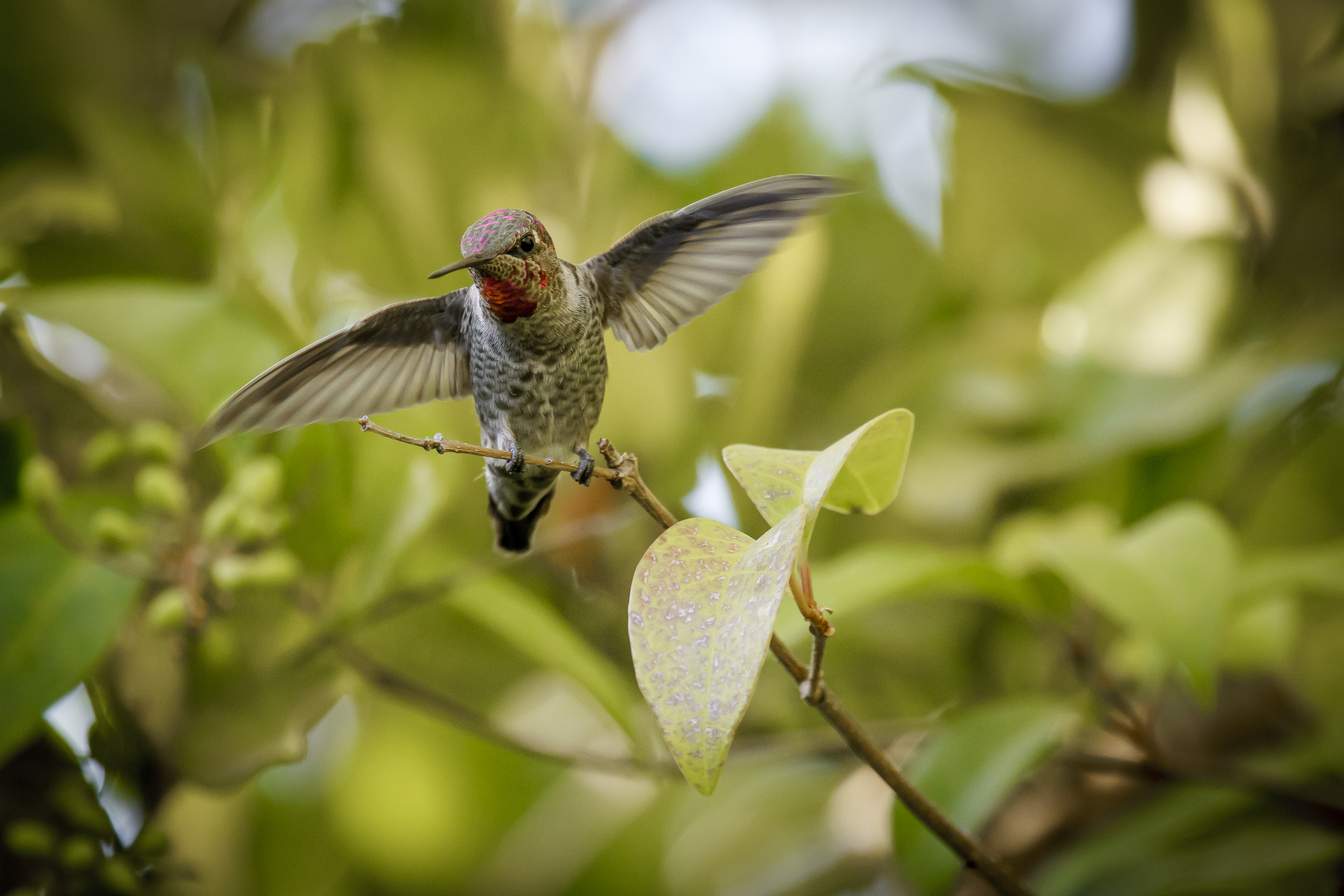