It was appropriate since we were in Churchill, Manitoba, Canada, on the edge of Hudson’s Bay that we were able to photograph a pair of Hudsonian Godwits at the Granary Pond one evening.  The Hudsonian Godwit is a large shorebird that breeds in the Arctic and winters in southern South America. According to the Cornell Lab of Ornithology, its remote breeding and wintering grounds at such northern and southern extremes make it one of the least known of American shorebirds.   We were able to photograph this pair in full breeding plumage  as they preened and searched for food along the edge of the pond. 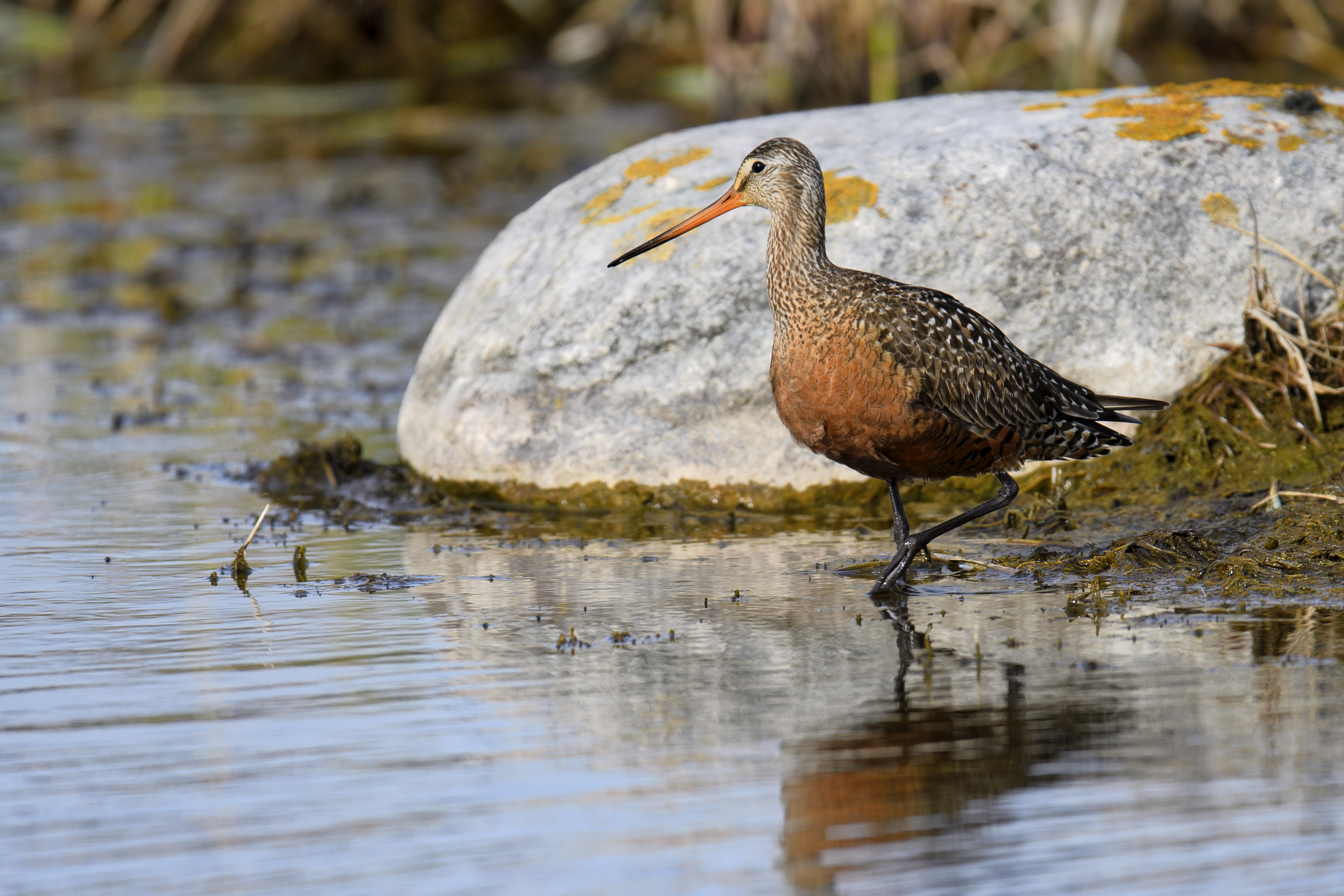 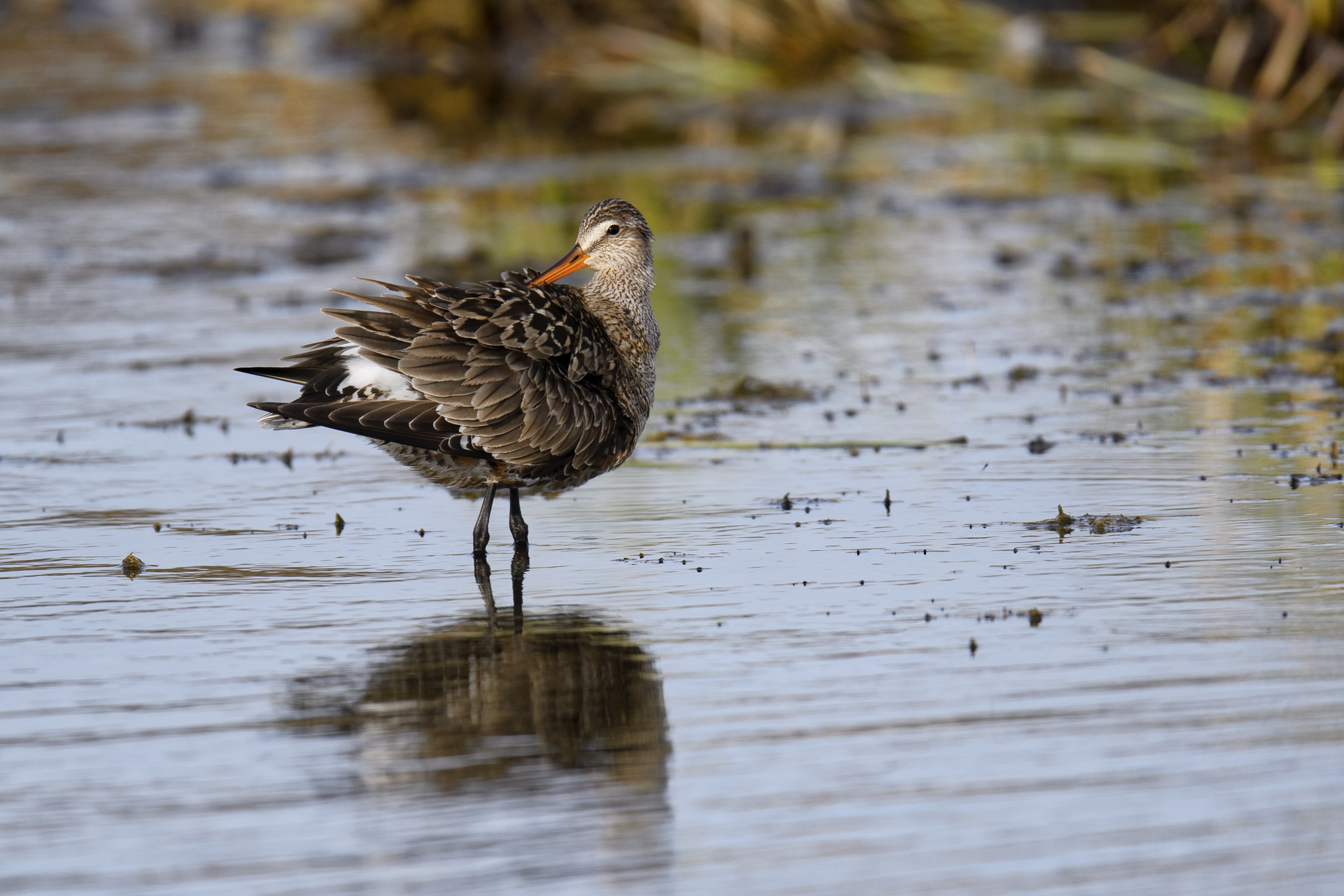