Tamarack is the common name for a deciduous conifer, a type of larch found in the northern regions of the United States and the Arctic regions of Canada.  “Tamarack” is an Americanized version of the French-Canadian word “tamarac” which is thought to be derived from an Algonquin word which means “wood for making snowshoes.”  I’d never seen a Tamarack before going to Churchill, Manitoba, Canada in mid-June.   While there, I was intrigued by this unusual, to me, conifer that appeared to be deciduous and at that time was just starting to leaf out.    The pink flower turns into a cone. 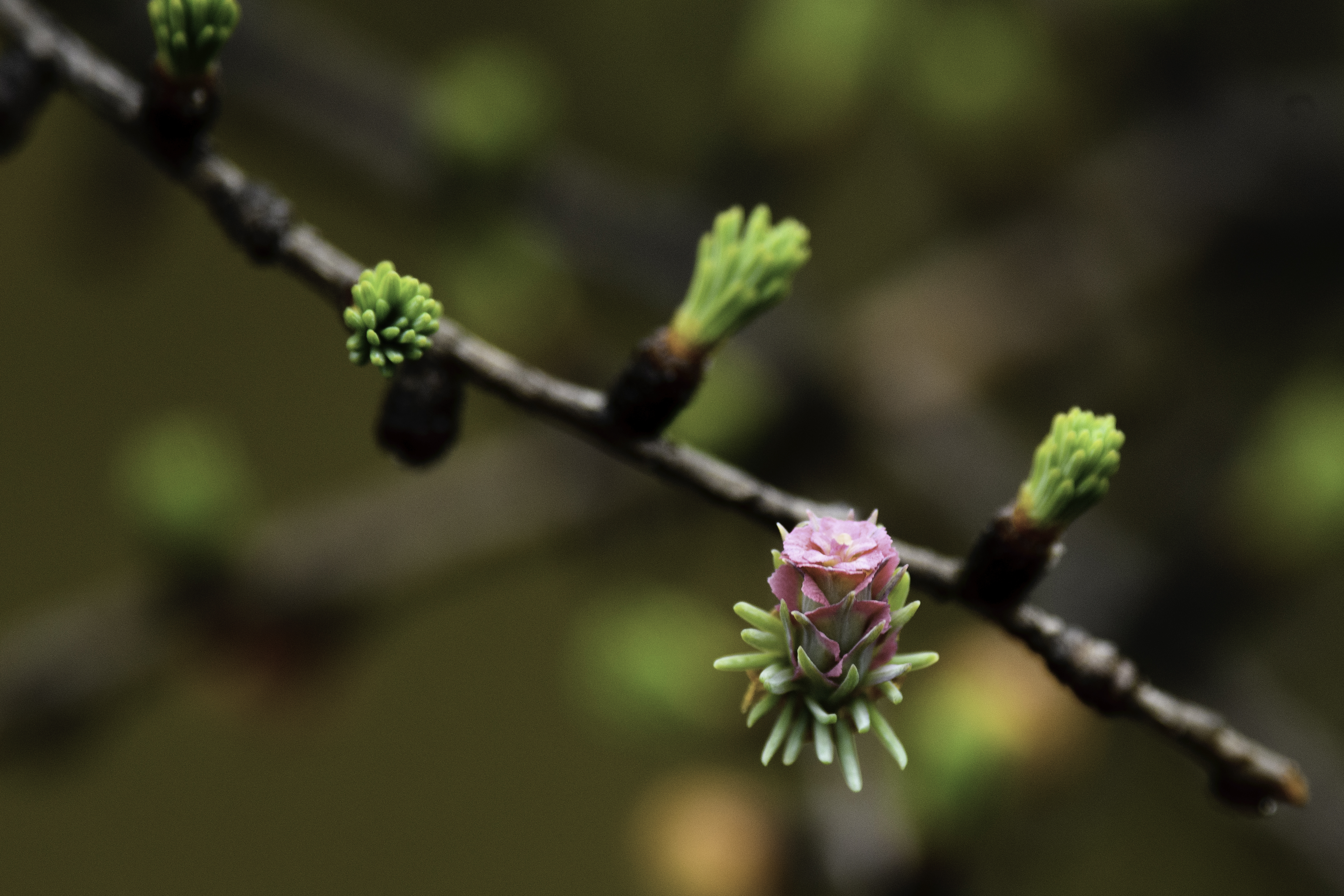