Hummingbirds really are the jewels of the avian kingdom.  In Madera Canyon, we were treated to the constant presence of several colorful, iridescent species.  The Broad-billed Hummingbird was the most common and one of the most colorful that we watched.  This is, I believe, a juvenile male Broad-billed Hummingbird in the process of molting into his adult plumage.  Several pin feathers are visible emerging like white spikes on his neck and  soon they will blend into his iridescent blue gorget. 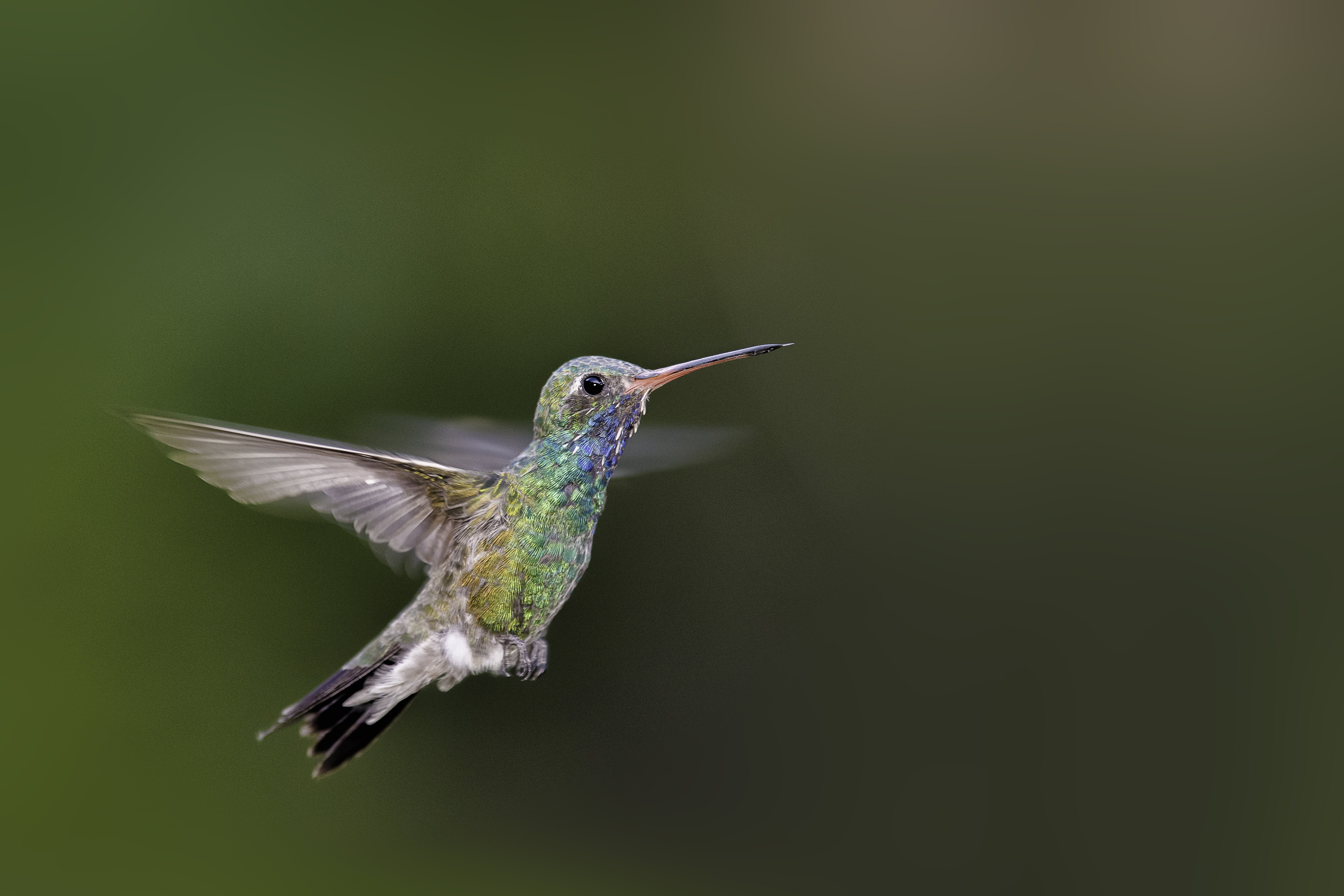