The other day, while out looking for something to photograph, I came across this (female?) American Kestrel perched atop a power pole.  I didn’t post it at the time I took it because it’s not a very interesting shot and too much of the “hand of man” is showing.  In fact, it dominates the shot and the kestrel appears to be almost insignificant in the photo.  The white wires lead the eye away from the bird and right out of the photograph.   I have become a  bit paranoid about photographs I take of wild birds that happen to perch on a manmade structure.  I have been criticized by judges at my camera club if they feel my wild bird photograph shows too much human intrusion.  As a result of that criticism,  I’m trying to be more critical of my shots.  This is an example of what not to photograph.  It’s also a reminder to me to carry a longer lens or, if I don’t have a long enough lens with me or can’t get closer,  I shouldn’t take the shot. 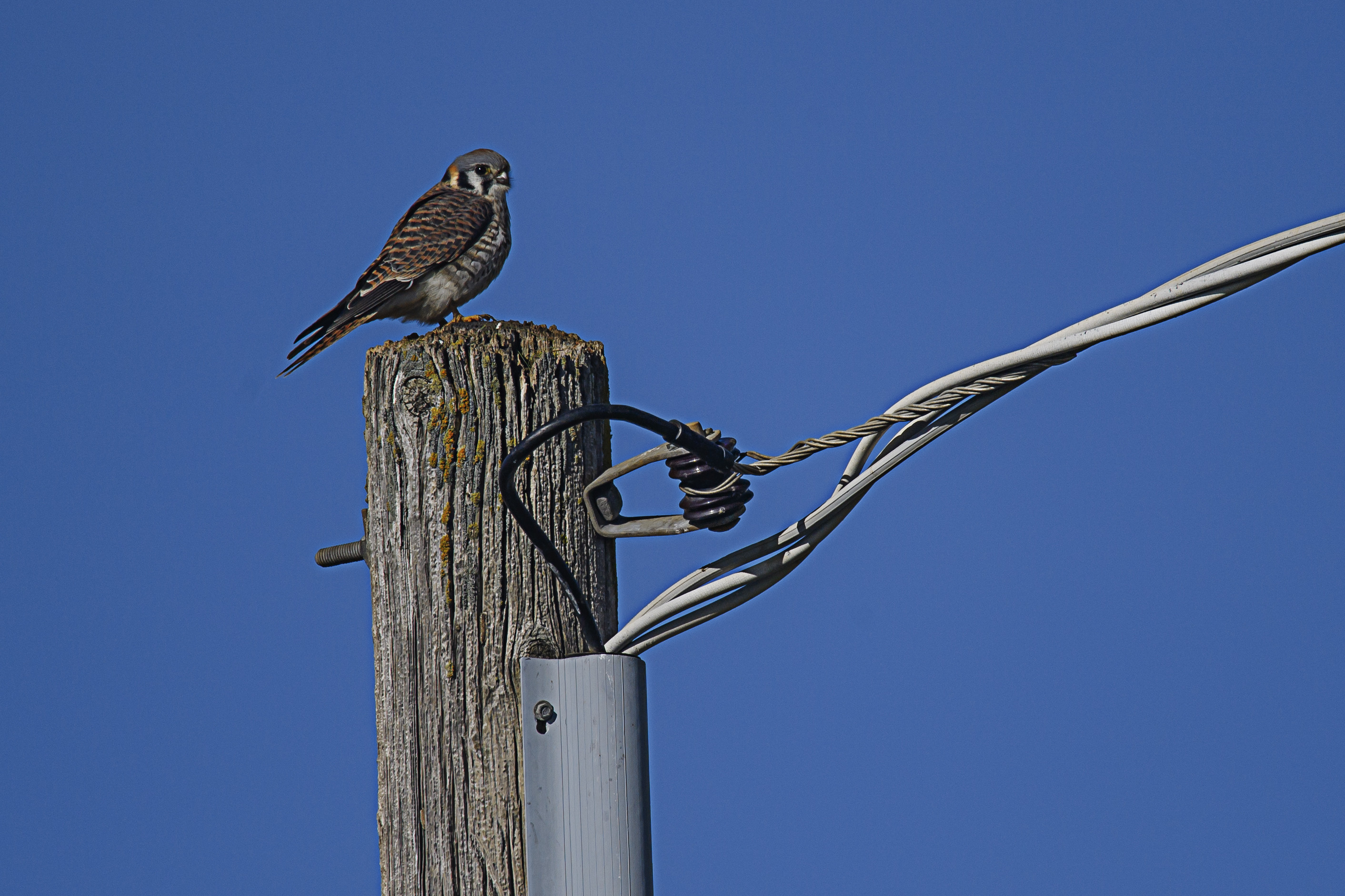