This little female bushtit was the only one who was brave enough to show herself when she and a few others arrived to bathe in the fountain but found me outside, lurking.  She came down to the water once, immediately returned to her branch, gave me a “high nine” (that’s how many extended wing feathers I can count) then flew off to join her shy buddies.  I can’t really tell if she has both wings raised.  Her body doesn’t look to be twisted enough for both wings to be on her right but her tail is a little askew and I think it’s odd for a bird to raise one wing unless it’s stretching.  Maybe she’s stretching?  She  immediately folded her wing(s?) after this shot but didn’t fly off. 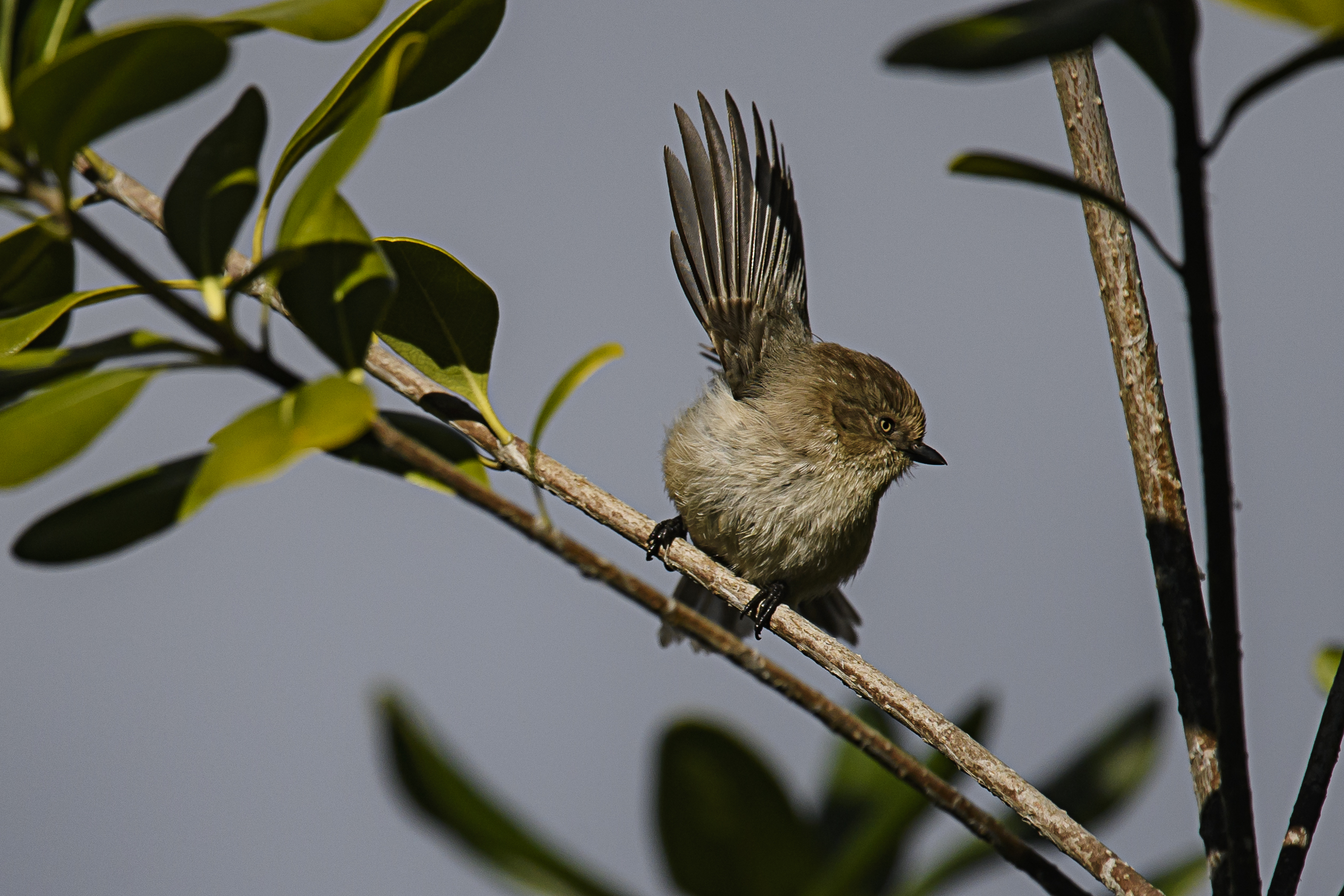