I’m visiting Bosque del Apache in New Mexico, part of the National Wildlife Refuge System, a national network of lands and waters set aside and managed for the benefit of wildlife habitat.  At Bosque, fields in the preserve are cultivated and  flooded in rotation to provide a critical stopover for migrating waterfowl. Thousands of sandhill cranes, geese and other waterfowl winter there each year but the numbers appear to be dwindling.  In the coming days, we’re hoping to see more birds and to capture the excitement of the “explosion” as thousands of cranes and snow geese take off en masse.

I had a rocky start on Saturday morning.   The early morning sunrise was a disaster for me as I fumbled with my tripod and gimbal head and didn’t get a single decent photograph.   After some coaching and straight talk from Moose, I got my equipment in order.  Later in the morning, and by paying attention to detail, I actually managed to grab focus on some cranes and keep them in focus and in the same relative position in the frame, avoiding birds flying out of the frame and preventing clipped wings and tails.  I’m determined to improve my technique and to increase the number of good shots I get.

This is a Lesser Sandhill Crane as it came in to forage in one of the Farm Field ponds. 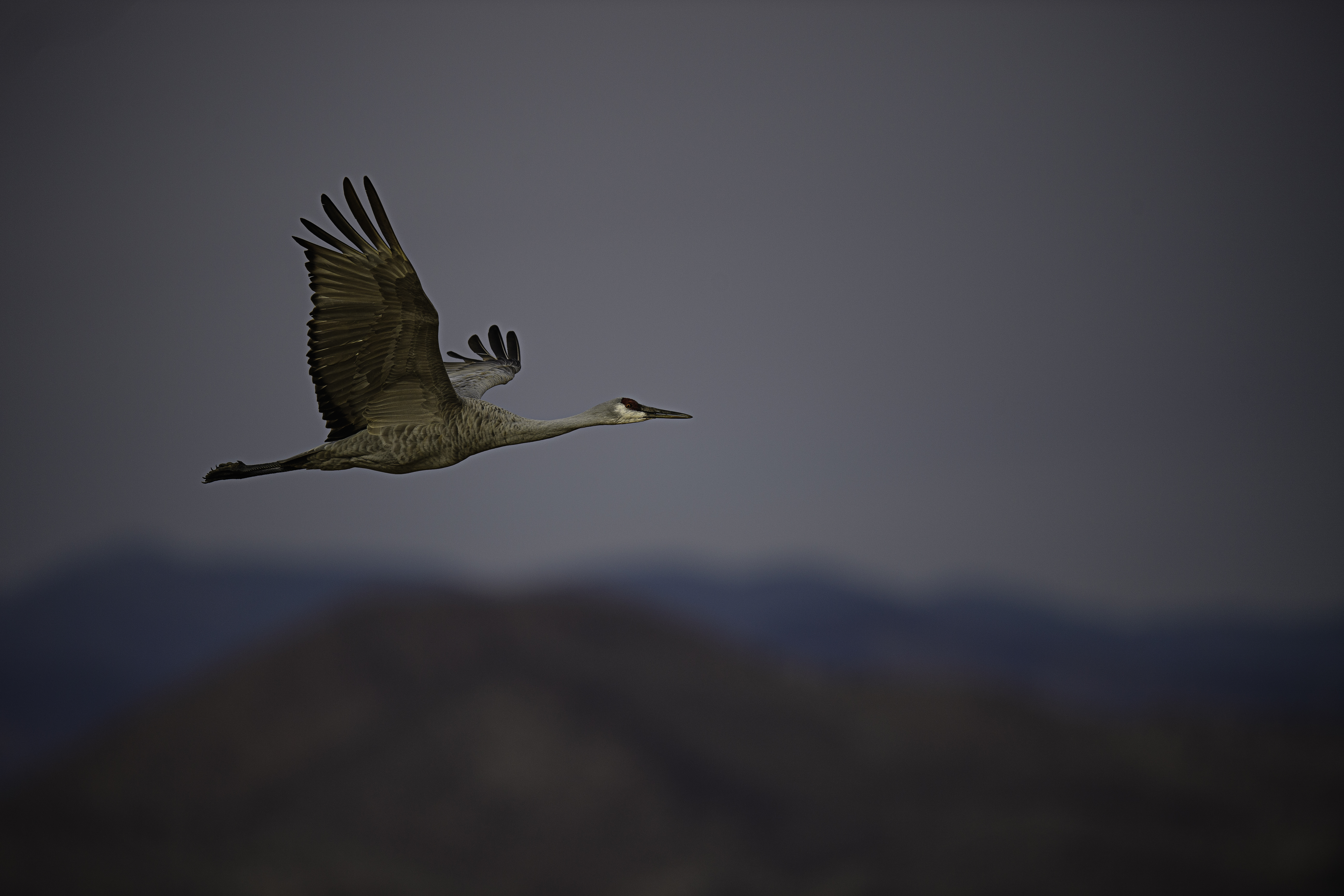