Tuesday morning was cold, breezy, and bright with no colorful sunrise. The birds, both snow geese and sandhill cranes, were elusive, probably resting on ponds in the restricted areas of the NWR.   Basque del Apache has many such ponds and large areas of the reserve are off limits to visitors.  After driving around the Loop we stopped at one area where a fairly large contingent of snow geese was assembled.  We waited and, mid morning, we were rewarded with another explosive blast off, even more incredible and thunderous than those we witnessed on Monday. 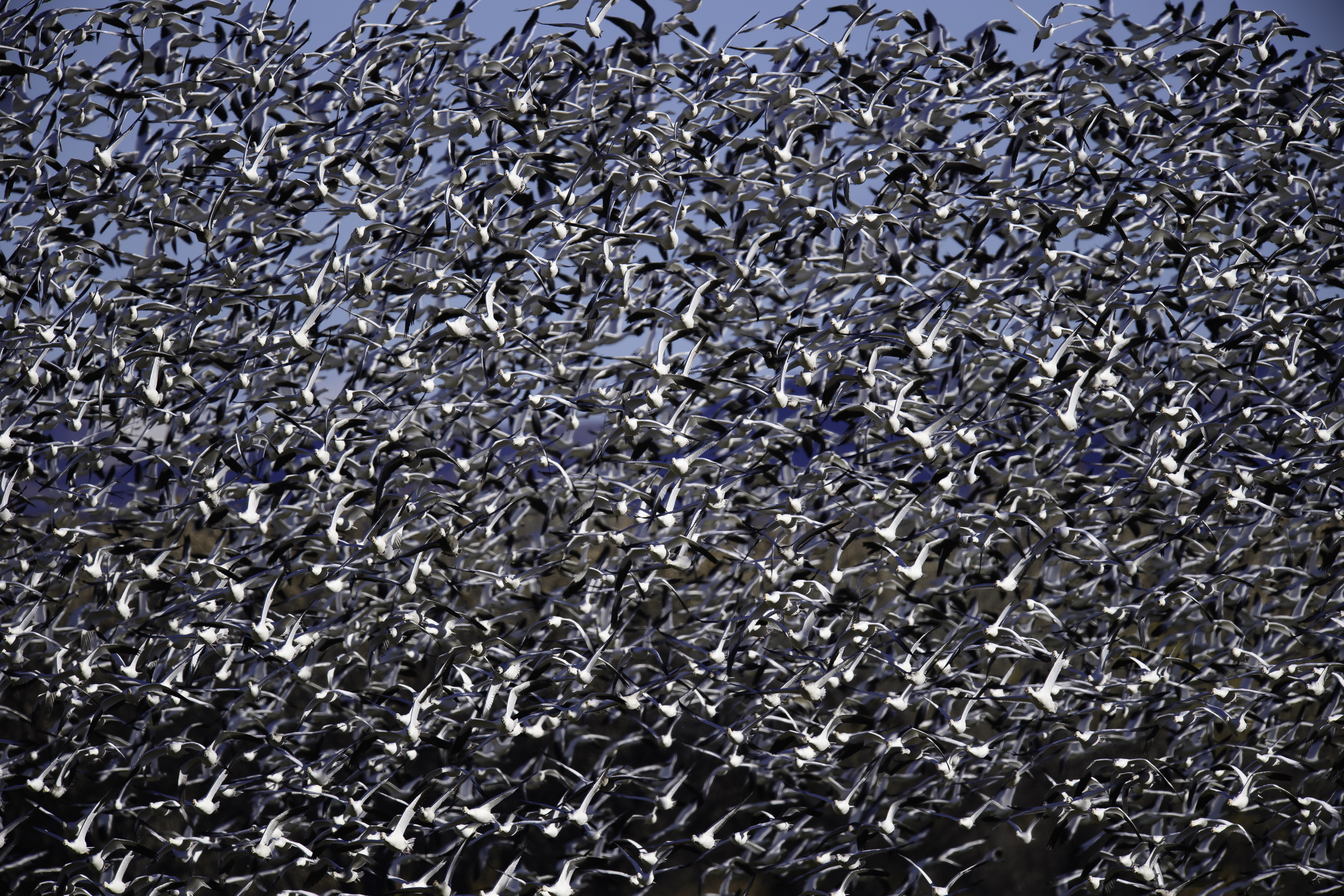