I’ve decided to name the male Anna’s Hummingbird who tenaciously protects his territory and who has appeared so often in this blog.  I’m calling him Homer because, as one of my friends pointed out, a hummer photograph on my blog usually means I’m home.  The Anna’s Hummingbird is the most common hummer along the Pacific Coast.  It rarely migrates except to find better feeding sources.  Because I keep my hummingbird feeders filled year around and make sure they stay thawed by taking them indoors at night during freeze warnings, I’m pretty certain I’ve been photographing the same Anna’s hummingbirds (along with the occasional Black Chinned hummer) for a few years now.  I’m not sure what their life span is but according to The Cornell Lab of Ornithology, the oldest documented Anna’s Hummingbird was 8.2 years when it was recaptured and rereleased during a banding operation in Arizona.

The overcast skies when I took this shot made Homer’s gorget really shimmer.   Did you know that one of the names for a group of hummingbirds is a “shimmer?”  And, I should point out that since the skies were gray, the blue in the background is my blue Weber grill and the whitish background is the pink stucco wall of my house.  I was standing only a few feet away when Homer came to one of the feeders.  I was experimenting with my 300mm lens and 2X teleconverter so it became a 600mm lens and I also had the camera set to High Speed Crop to bring him even closer so in essence I had about a 900mm lens…and almost clipped his tail out of the frame. 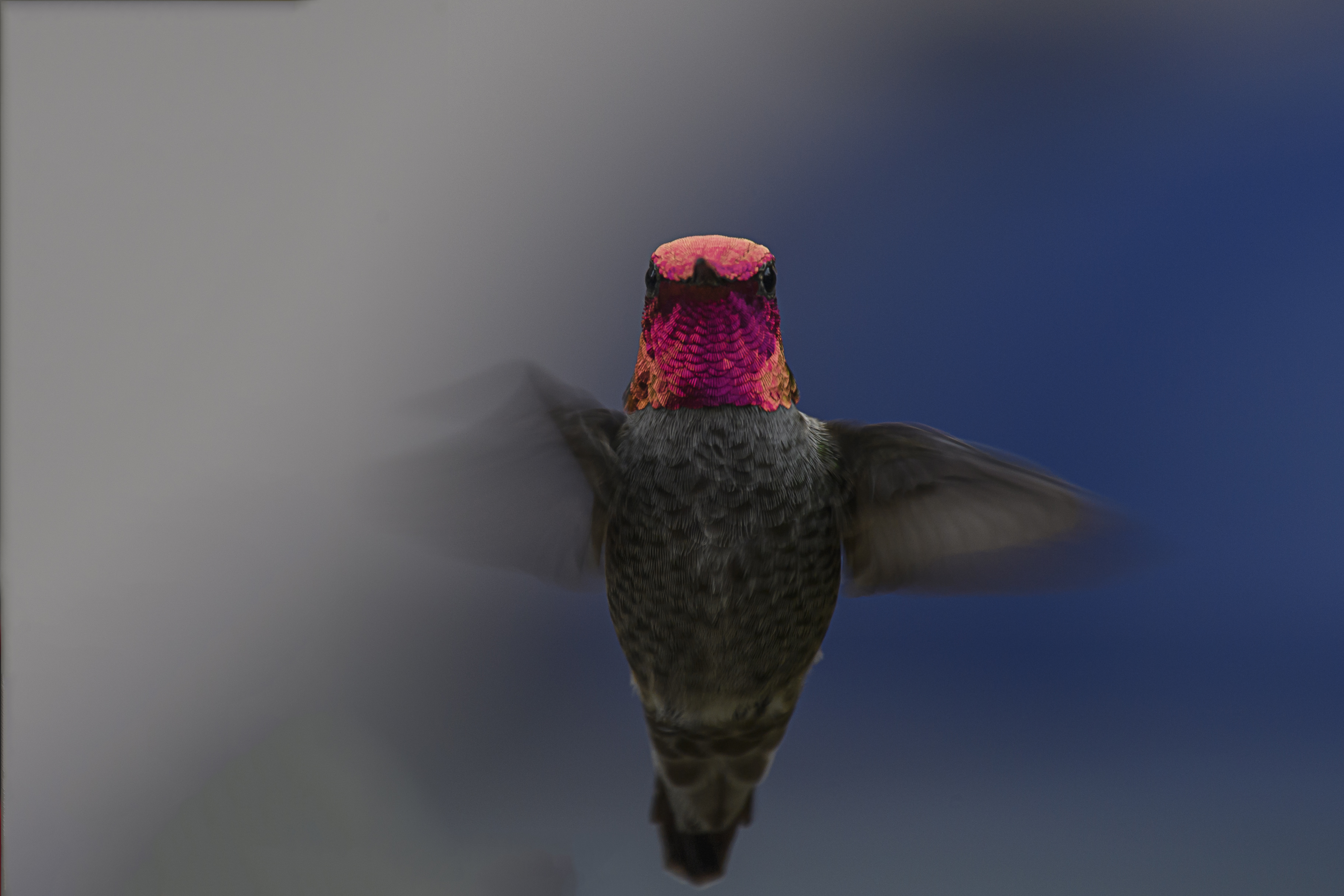