This Northern Harrier sat on a fence post for quite a long while as we watched from the vehicle.  The bird had kind of an odd look about it and kept craning and twisting its neck.  Jim and I unhurriedly exited the vehicle and began to step slowly toward the hawk, using a tree in front of us to shield our approach.  We watched and photographed the harrier for about 20 minutes as we inched slowly forward.  We stopped to watch as it regurgitated a pellet which is apparently why it was craning its neck.  I thought only owls did that but it makes perfect sense that any raptor that ingests small birds and rodents would do it as well.  After the bird flew off, Shirley and Jim tried to locate the large mouse-sized pellet but it had disappeared into the grass.  I took this shot about 15 seconds or so before it hocked up the pellet which is probably very uncomfortably in the bird’s throat and could explain the interesting posture. 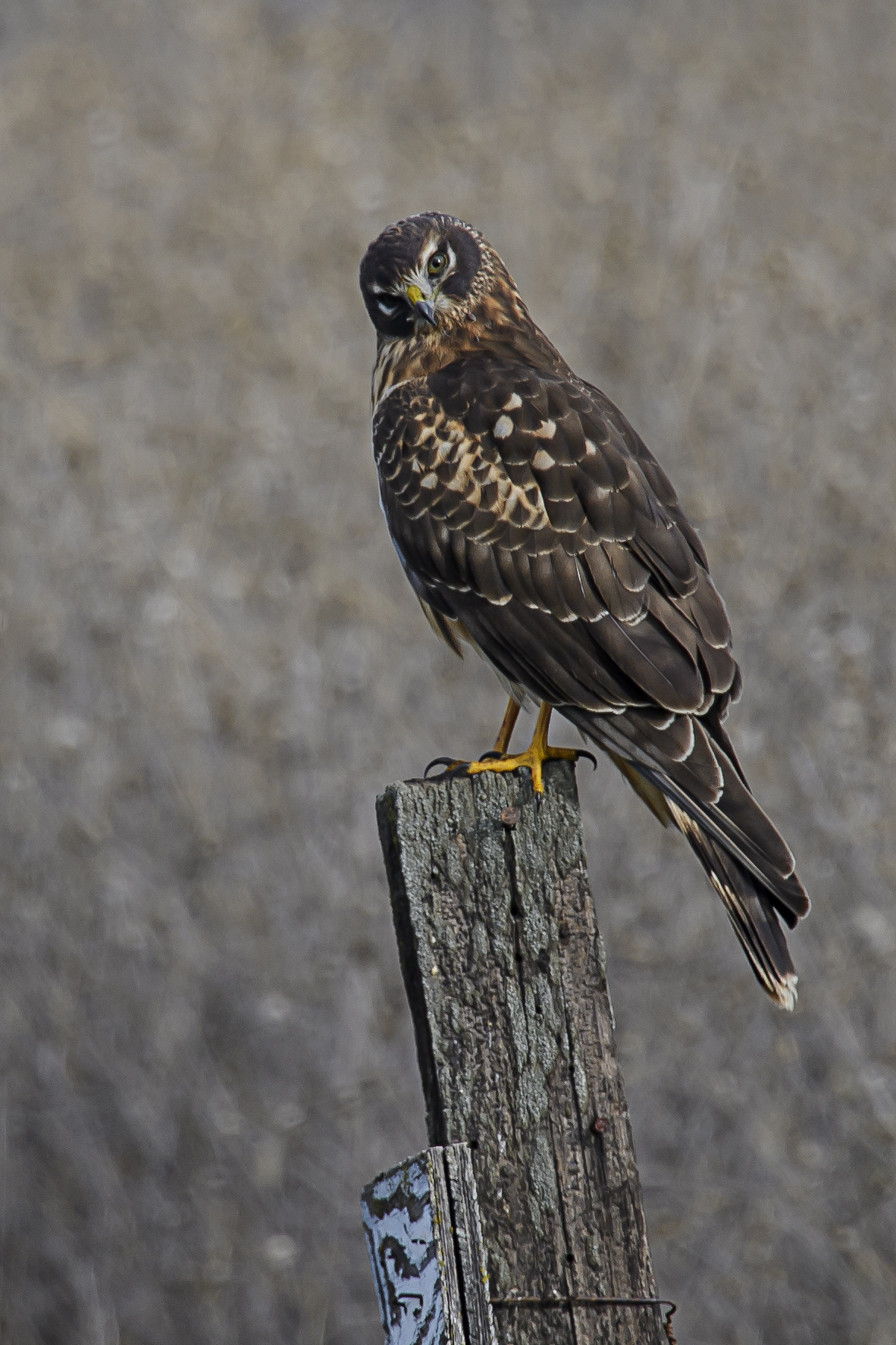