We spent Thursday night in Pampa, TX again and Friday morning took up the chase into southern Oklahoma.  We encountered several huge potential supercells but conditions changed often so we drove on to more promising storms.  We found out that the first storm we abandoned did produce a small, short-lived tornado but because the twister was in a high precipitation supercell, in which heavy rains surround tornadic activity and mostly obscure the funnel cloud, we likely wouldn’t have seen it anyway.  We did see a video of the tornado filmed by another storm chaser who is known to be dangerously daring and who drives much further into the storms than our chase team would allow.  The tornado formed, touched down, and dissipated in a few seconds so it is probable that even if I had been in a position to photograph it, I probably would have been looking away during the few seconds it was considered a tornado.

Throughout the day, we would pull over on a side road and watch the clouds gather, look ominous, then lose their tornado potential.  Then, after reviewing the various storm models, we’d take off again.  Even a couple of our “pit stops” were cut short so that we could race to the next potential location.  That didn’t dampen our spirits.  The chase itself is certainly a huge part of the appeal of storm chasing.  On this day, we encountered dozens of other chase vehicles and usually, when we stopped, we were not alone at our observation posts.

The weather changed abruptly from sun to clouds to gray skies to pounding rains to pummeling hail to thunder and lightning to clouds with blue skies and repeated this sequence again and again as the day wore on.  The storm clouds were spectacular and worth the chase just on their own. 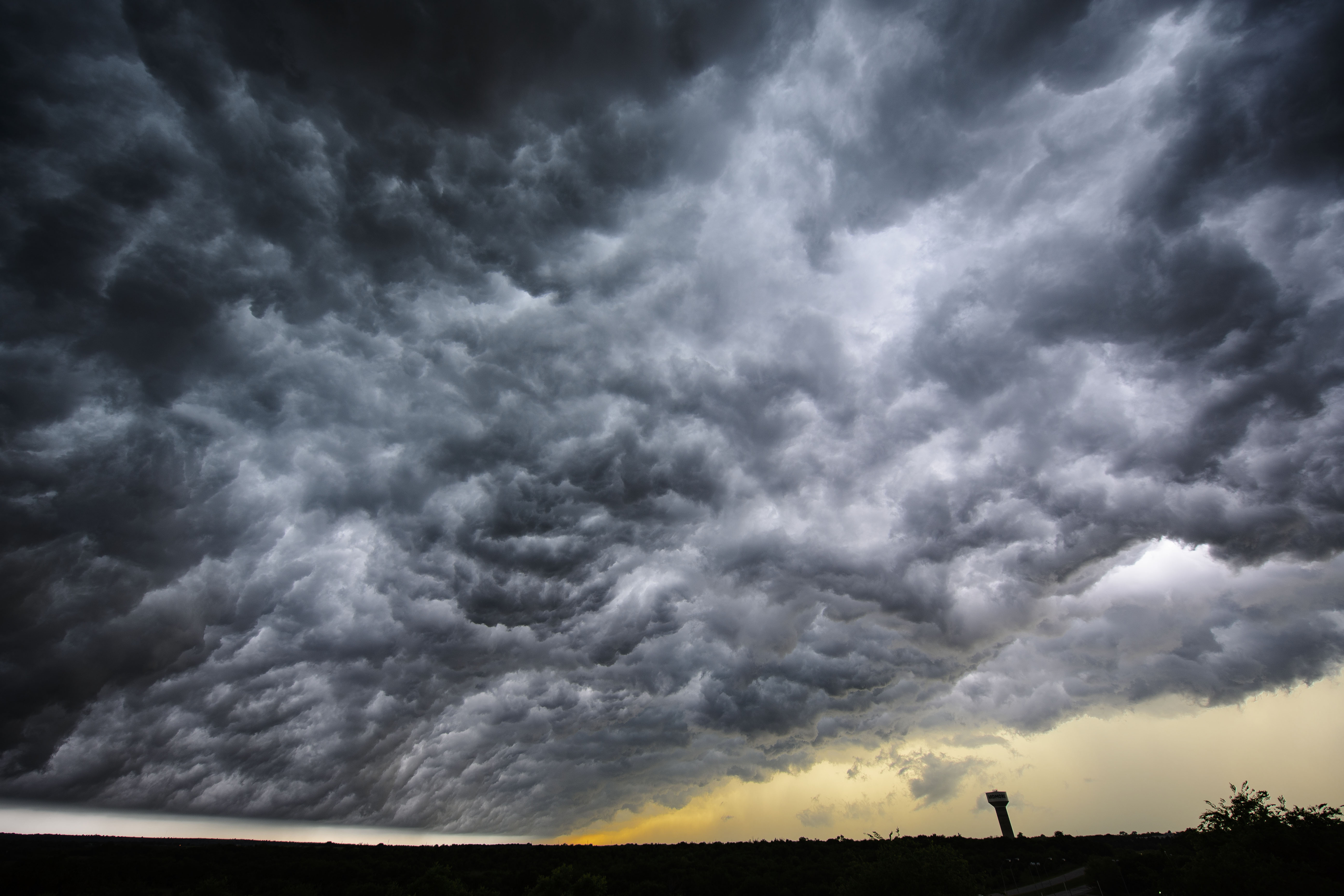 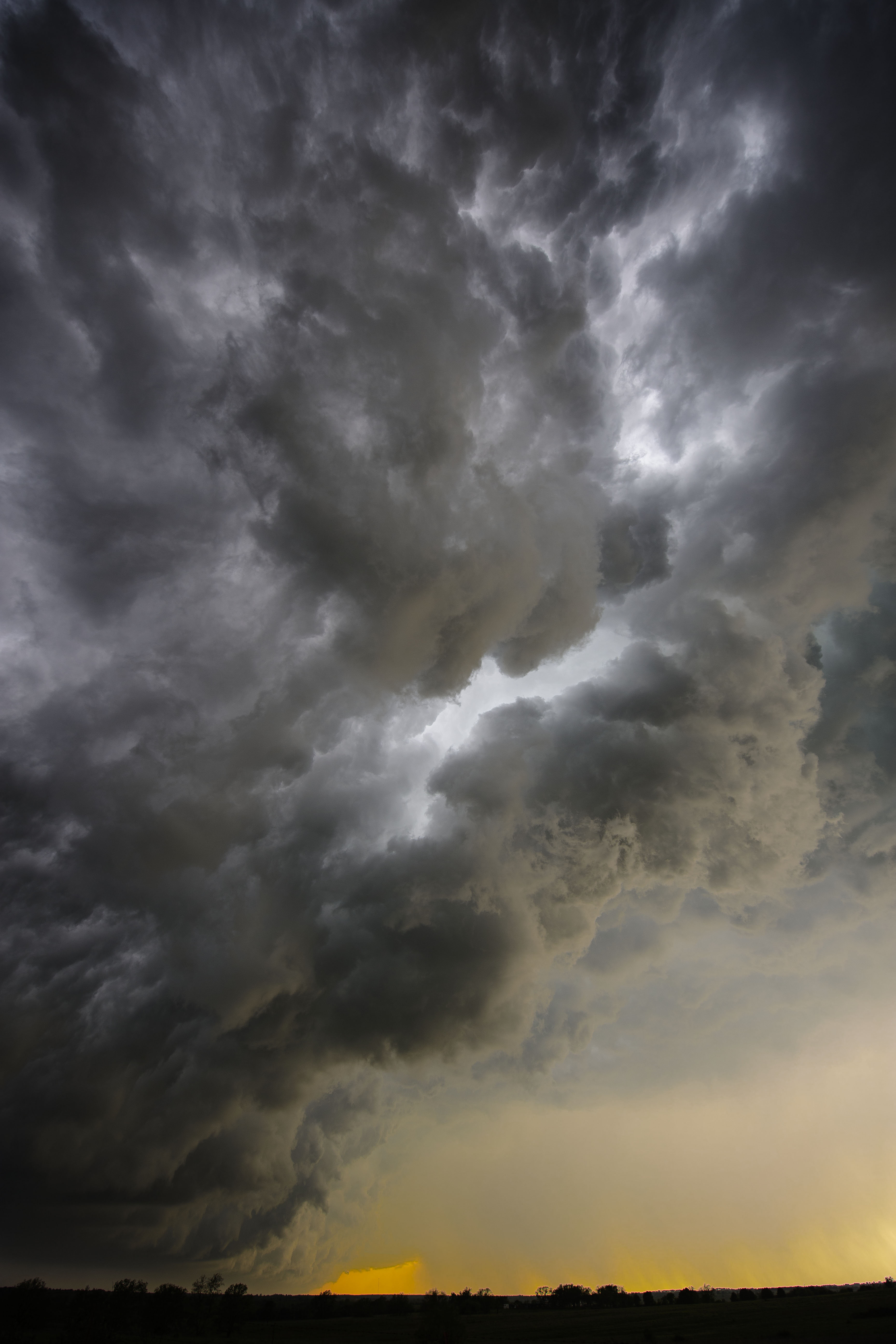 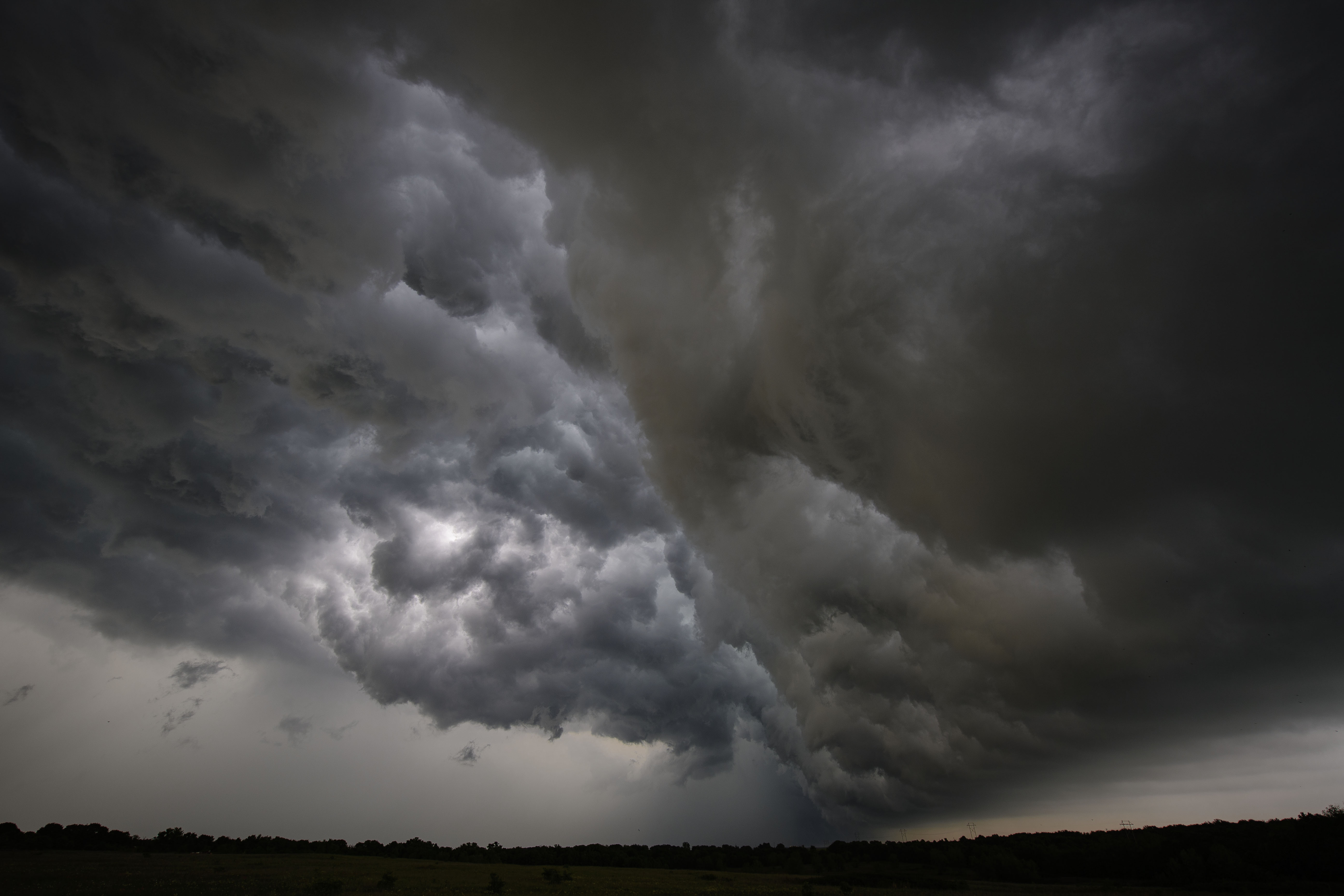 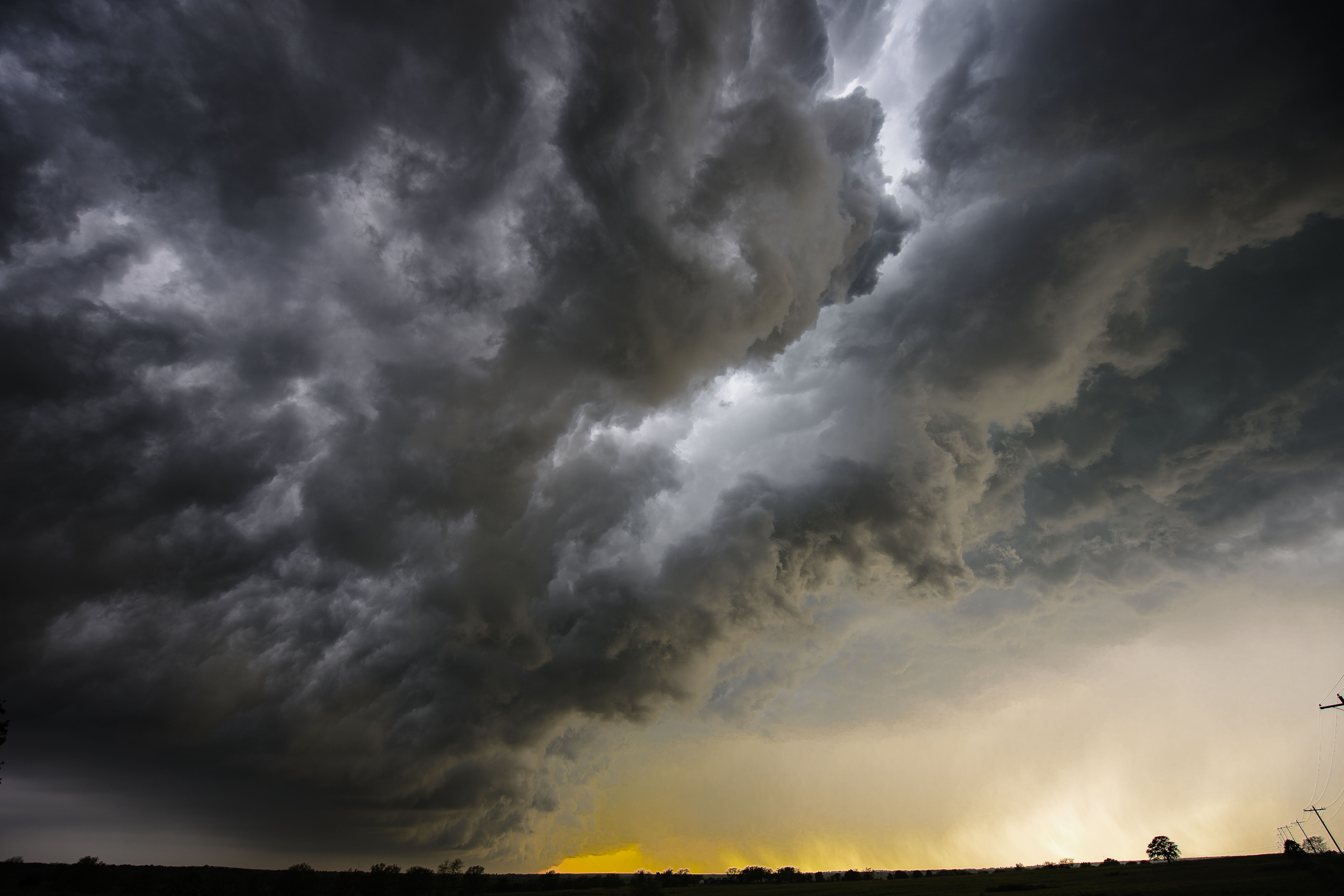