We woke up Wednesday morning to what the Weather App called “winter mix,” a combination of snow and rain. It was a little warmer in Haines than the previous few days have been but outside of Haines, as we drove slowly toward the Chilkat Bald Eagle Preserve at a higher elevation, the rain changed to snow and the road became a snow covered ice rink. After we surveyed the pristine snowfall at the Eagle Preserve, we headed further up the highway to Mosquito Lake Road to meet up with Steve Kroschel of the Kroschel Wildlife Center. More than 30 years ago, Steve worked for Jim White, a friend from my camera club when Jim was a guide in Alaska. Steve now has a wildlife center where he raises native species, including wolverines, silver foxes, pine martens, grey wolves, and lynx. A grizzly is also in residence but Steve told us the grizzly was sleeping. Steve welcomed us at the snow covered entrance with a beautiful silver fox in tow. After a few grab shots of the silver fox, we trudged  up through the deep snow, hefting tripods and long lenses on our shoulders, to photograph the lynx. We were actually too close to use our 600mm lenses and the tripods were impractical.  We lay on the snow outside the enclosure with our shorter camera lenses set into openings in the wire.  What a gorgeous creature the lynx is. And just look at  the size of those feet! Steve loves his animals and they love him but he kept reminding us that they are wild and we must be cautious even when we were outside the enclosures because a paw or a jaw could easily reach through the opening. And, that’s Steve, holding his beloved lynx. 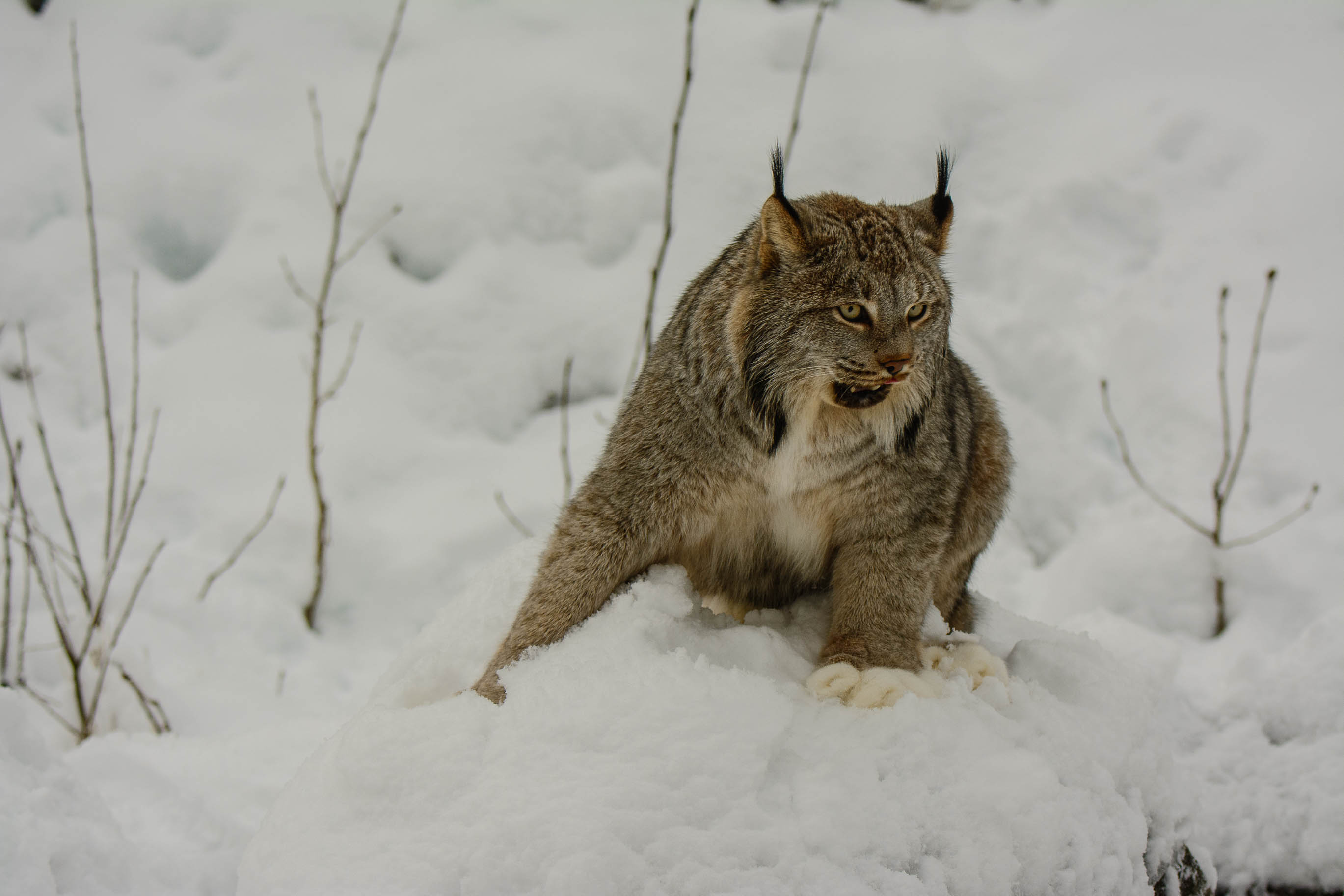 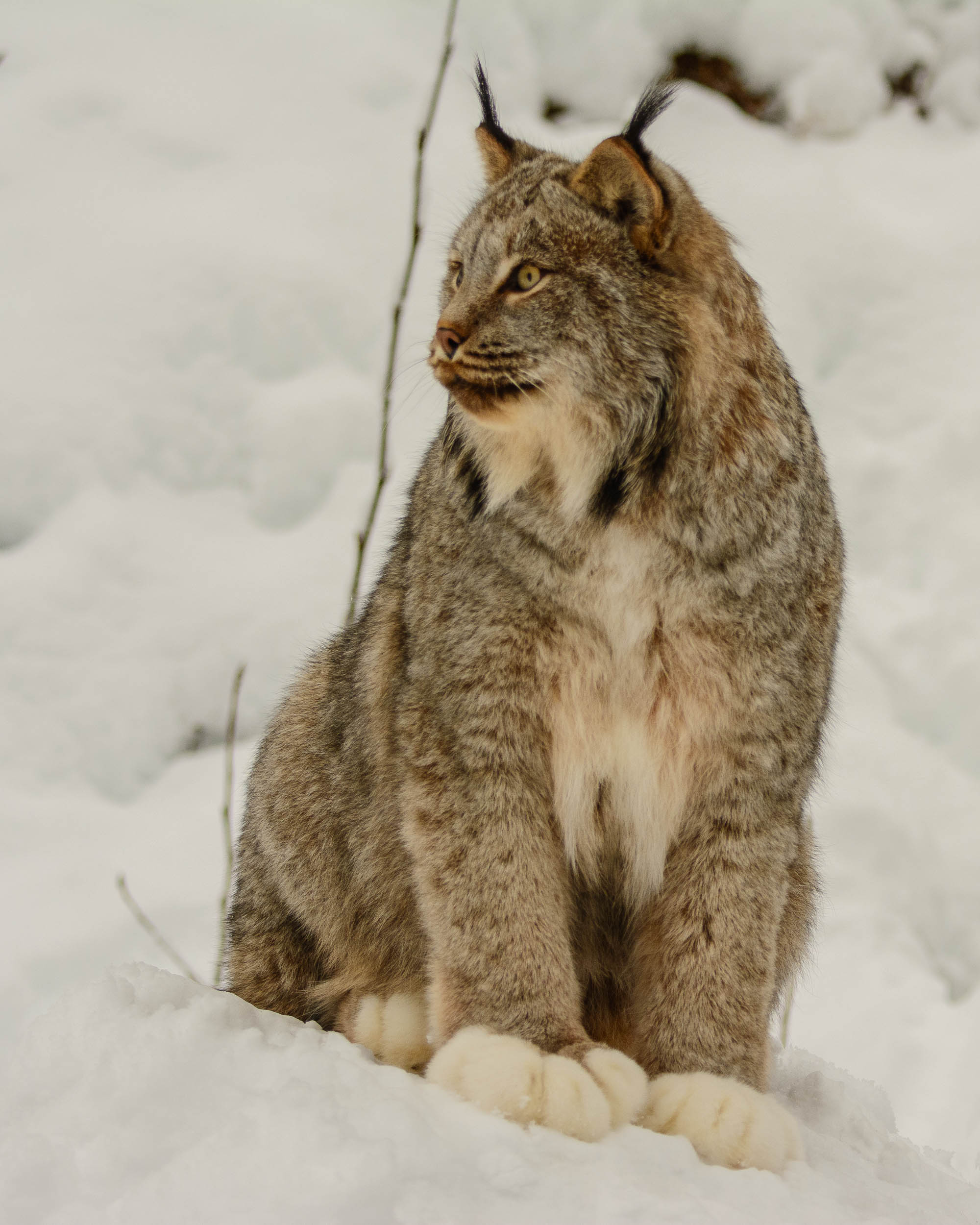 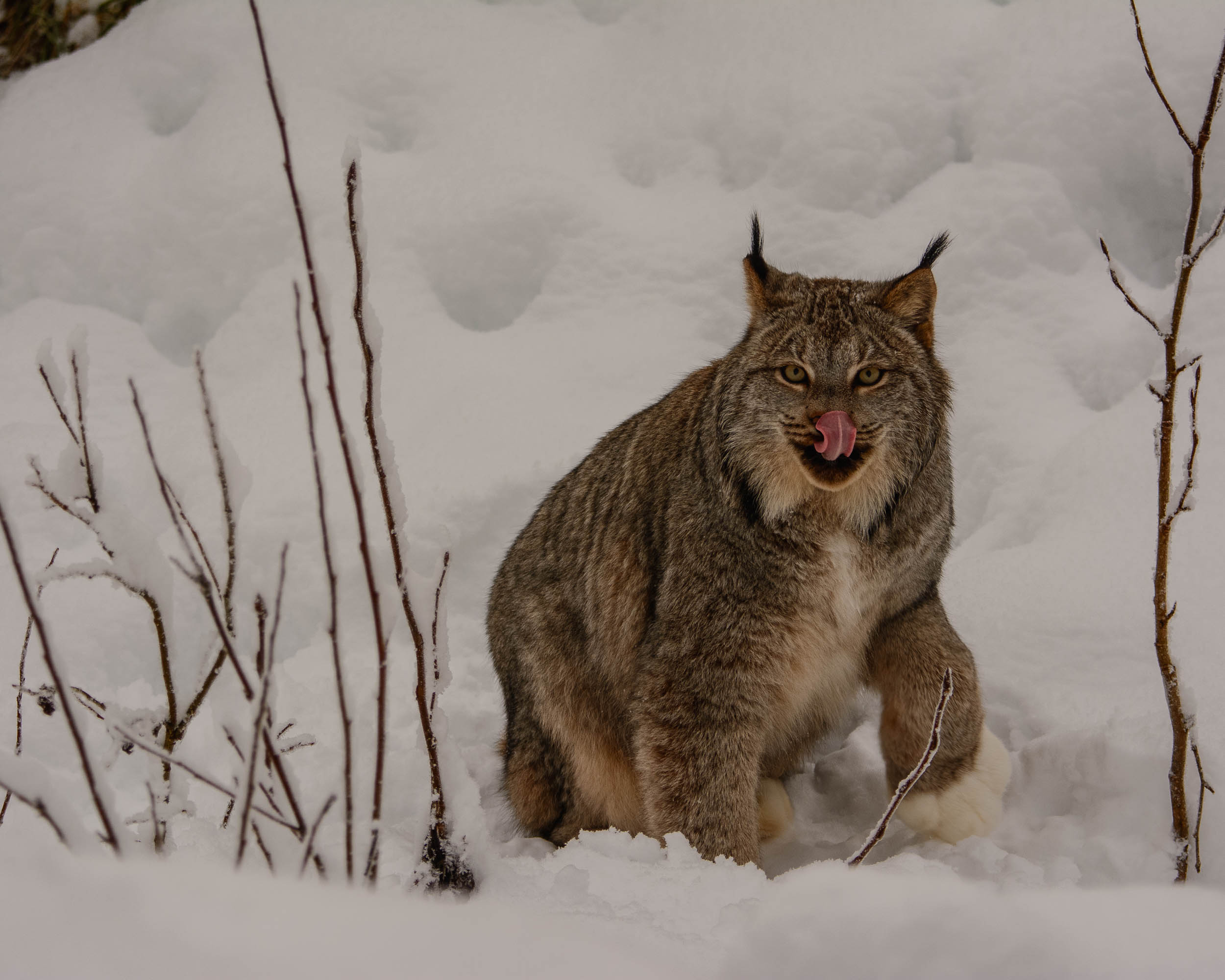 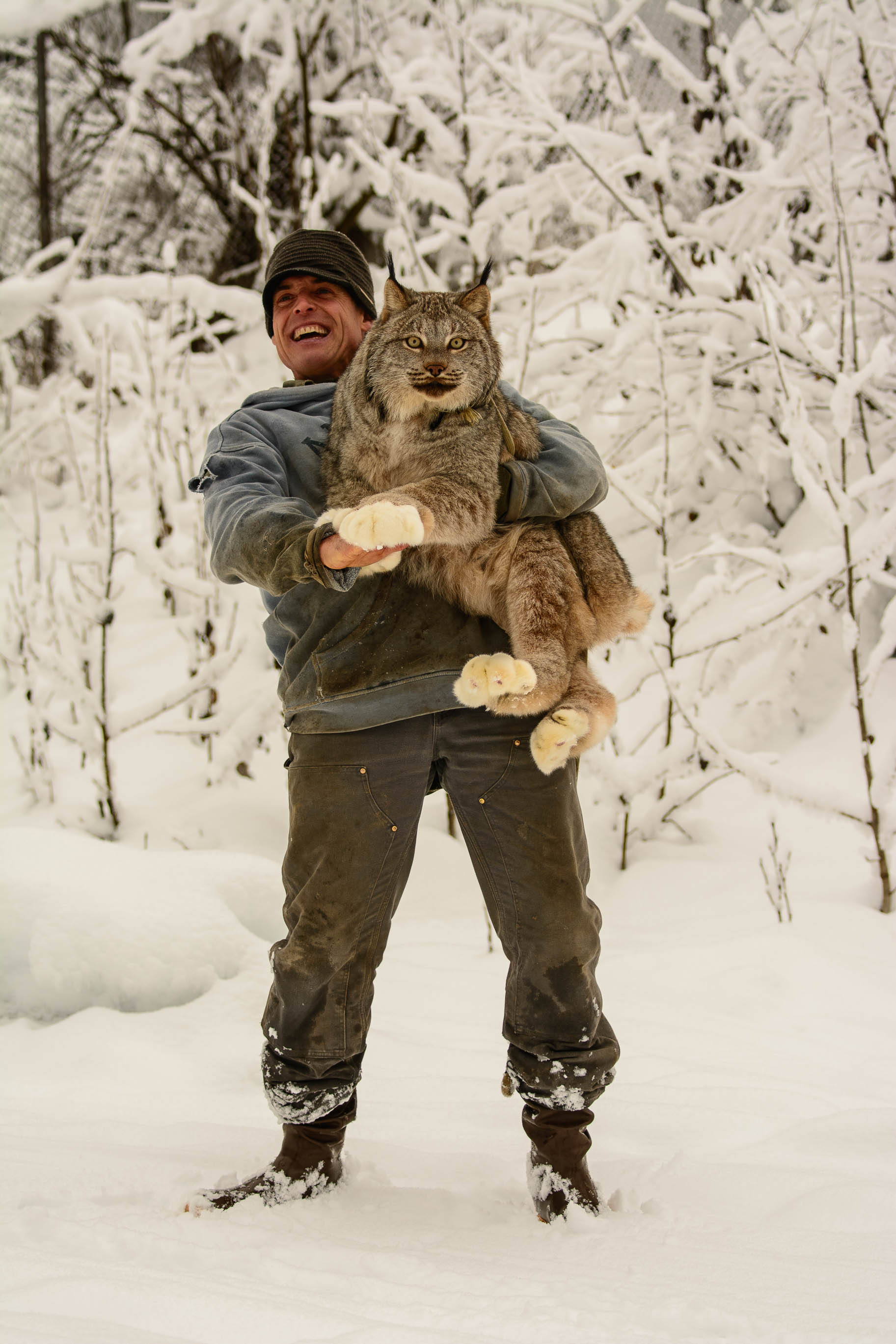