The weather was colder and the sky was grayer but the convocation of eagles was larger and more active than the day before.  And, after Eric and a local Haines resident, who set up his camera by us, suggested I change a setting on my camera to keep the auto focus locked on the moving subject for the longest duration, everything changed for me.  I was suddenly able to track a moving eagle while retaining focus. . . not every time, but, I managed to pan and retain focus on one of the more interesting events that we witnessed that day. . .one eagle stalking, then stealing, a half eaten salmon, and then flying directly toward us with his stolen bounty. I took 71 shots in this sequence that lasted 31 seconds. Five of those 31 seconds show the eagle, head thrust back, verbalizing its victory. I didn’t include those shots because the eagle was behind a snow bank with only its head and shoulders visible.

I clipped some wingtips and in one shot, I clipped the entire right wing, but I retained focus while the eagle flew directly toward me until it was too close and the camera couldn’t focus any more.  The eagle flew over us and through the trees and landed on a branch that was exposed enough that we were able to photograph him consuming his prize.  I took the first eight shots with the D800 set to high speed crop mode and the 600mm lens with the 1.7 teleconverter.  The last shot, was a hand held shot using the D7100 with the 80-400 lens at 400mm. Viewing the eagle’s face head on makes it appear as if it’s smiling with self satisfaction, having wrested the fish carcass from the other eagles and the scavenging crows . 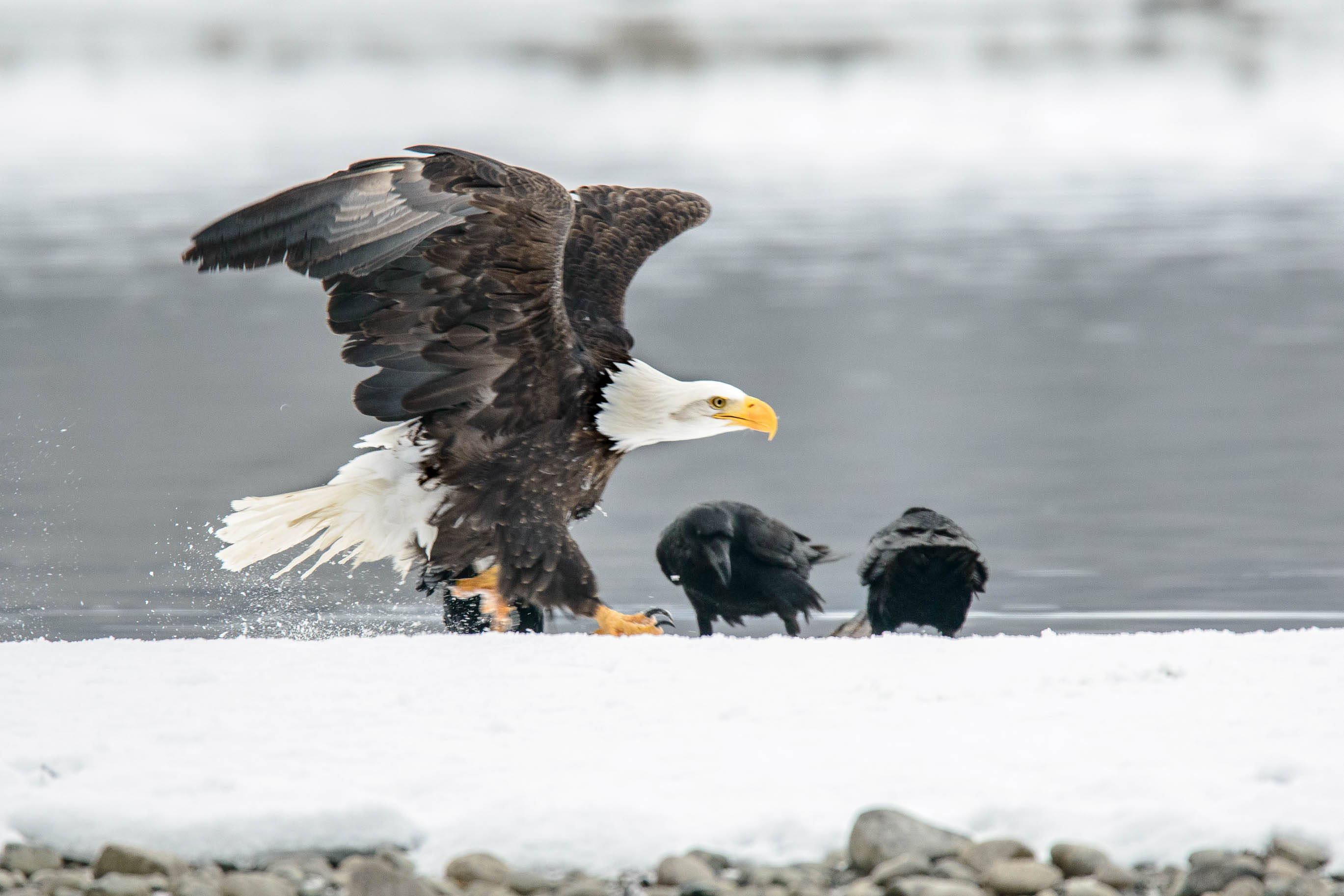 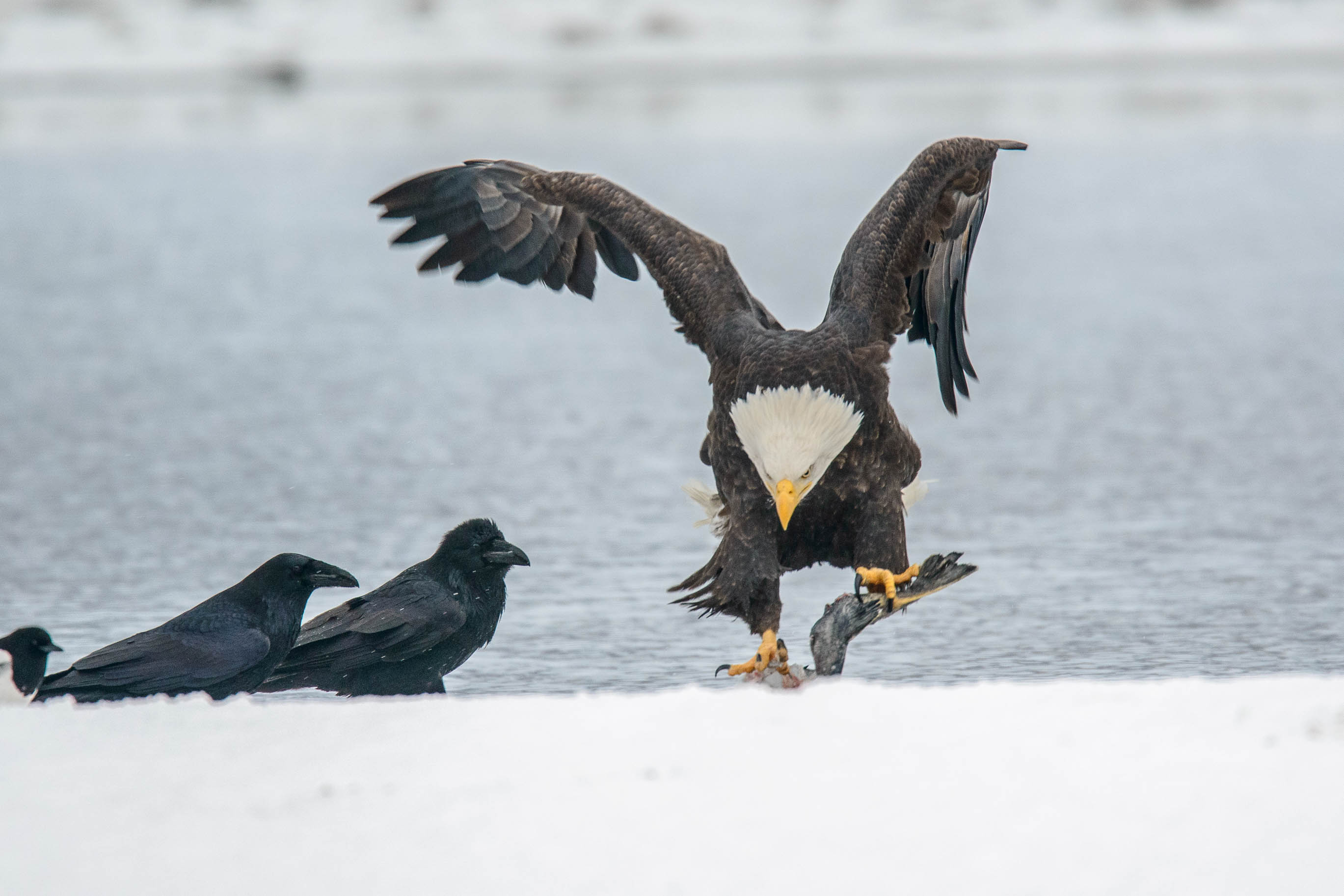 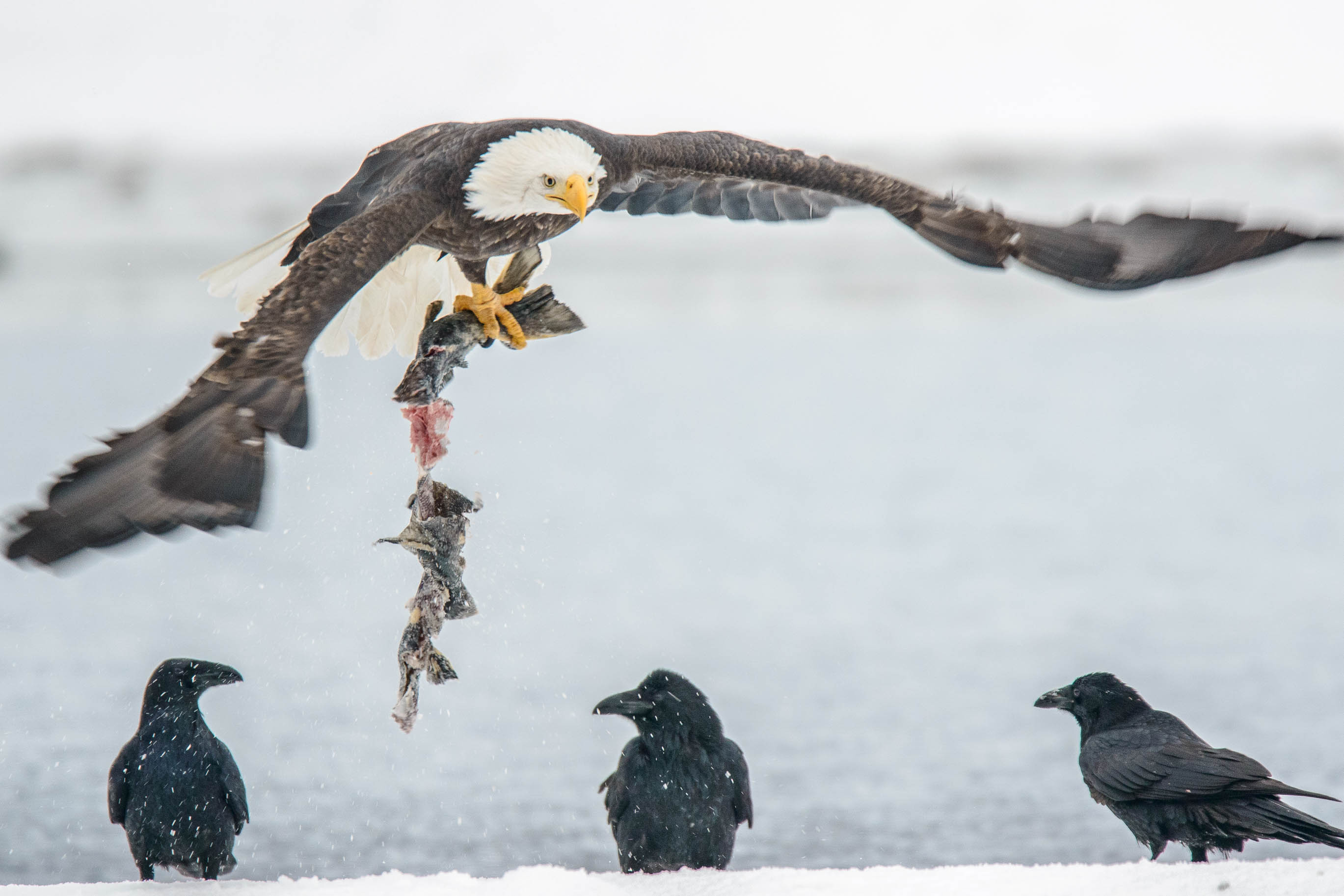 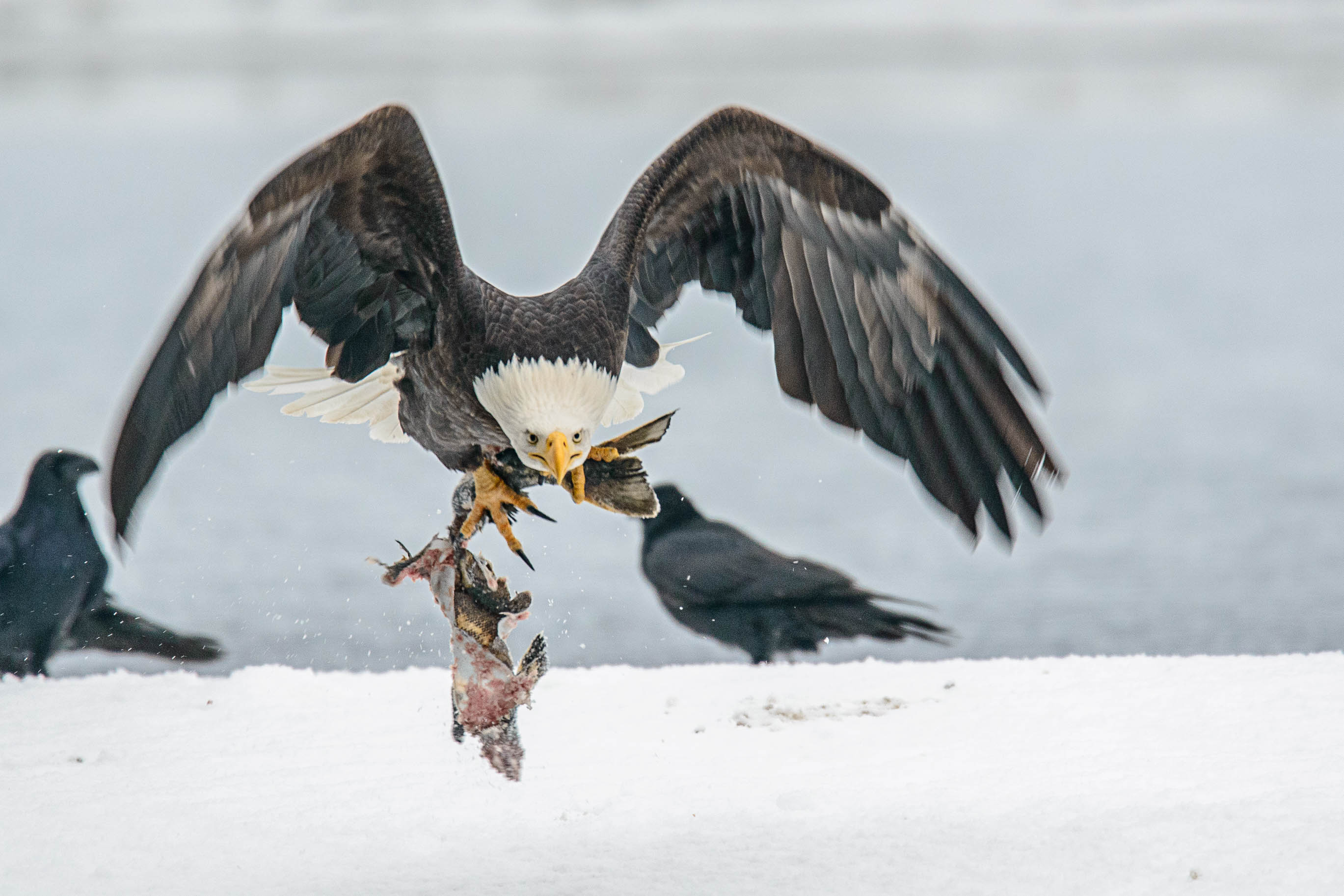 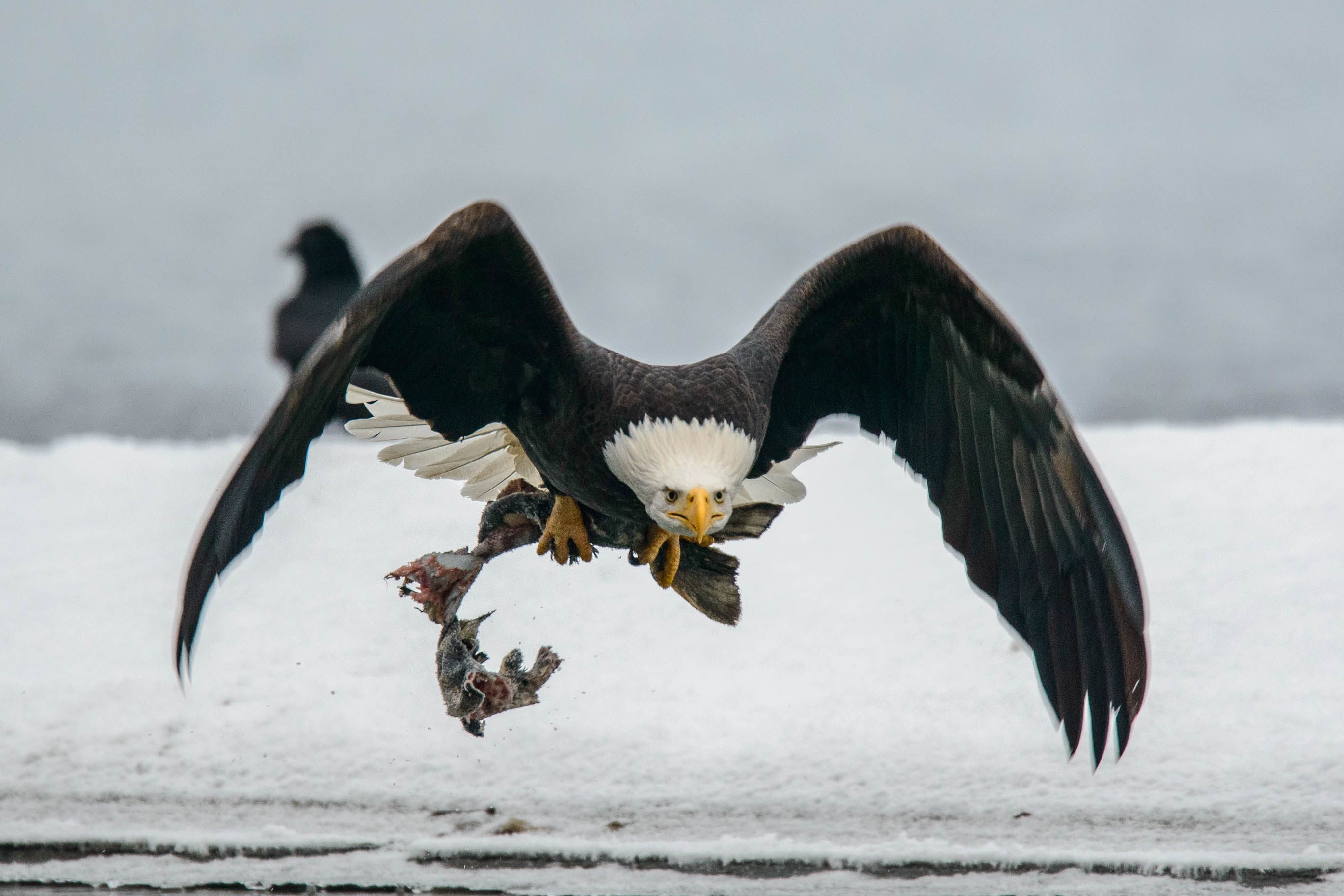 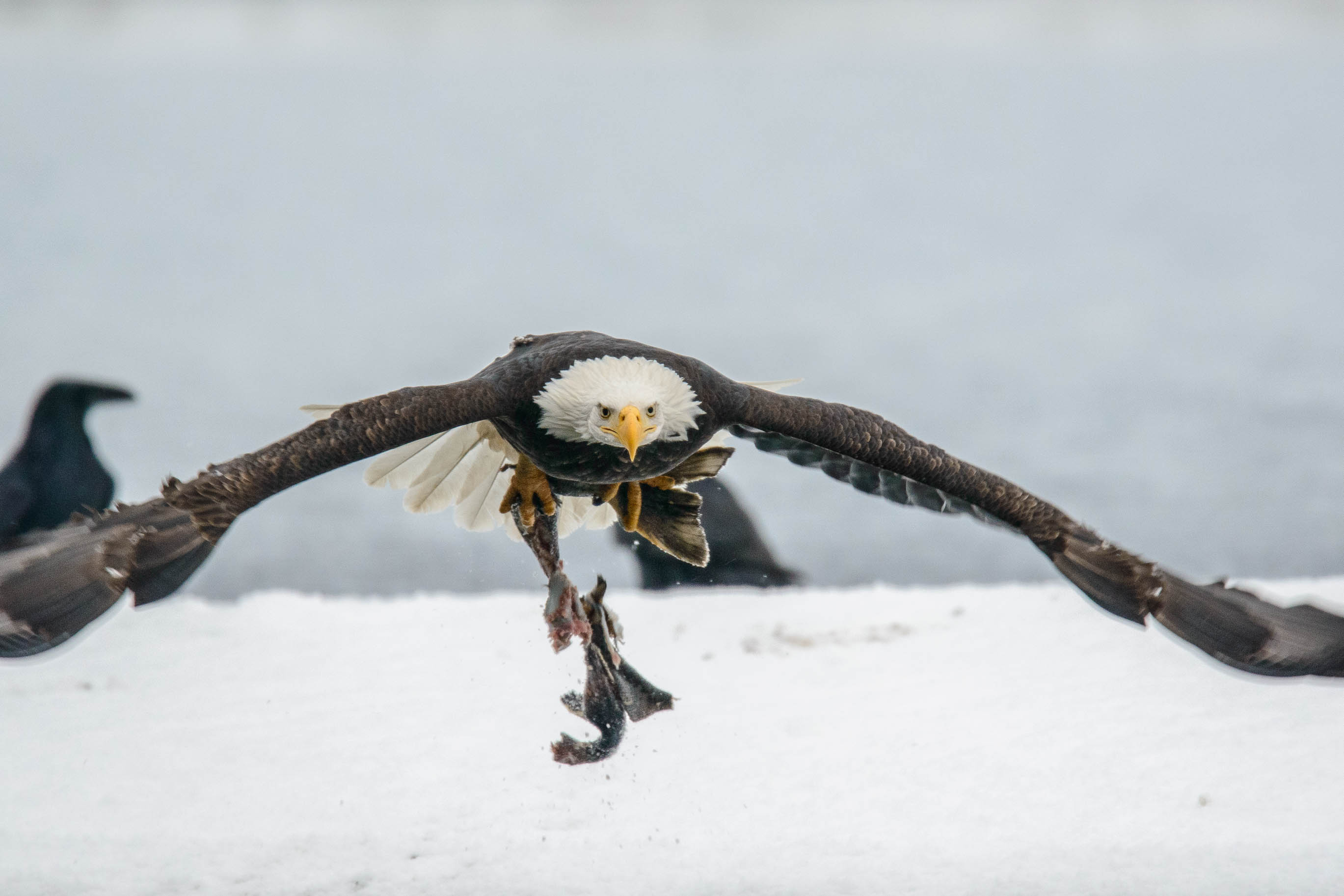 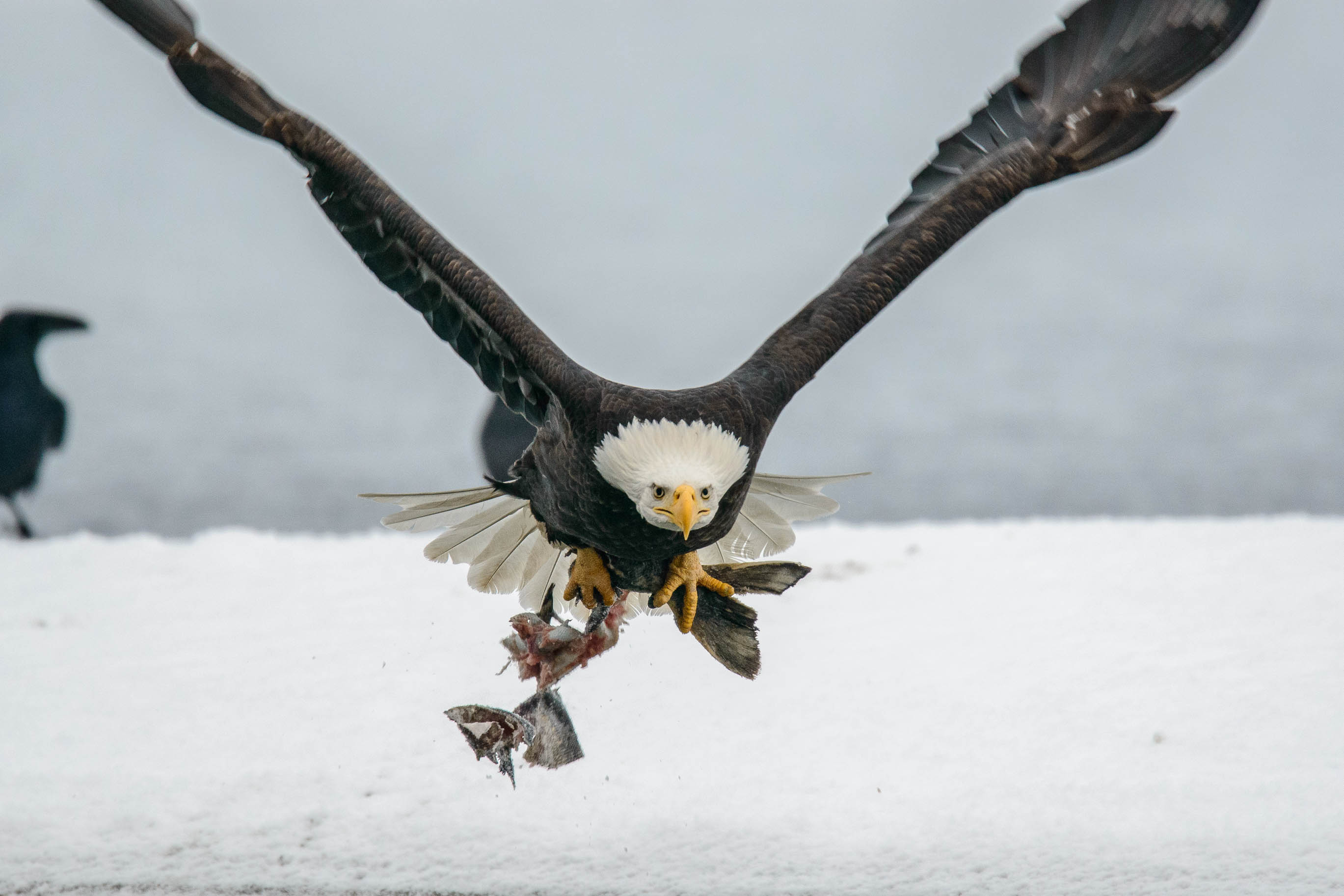 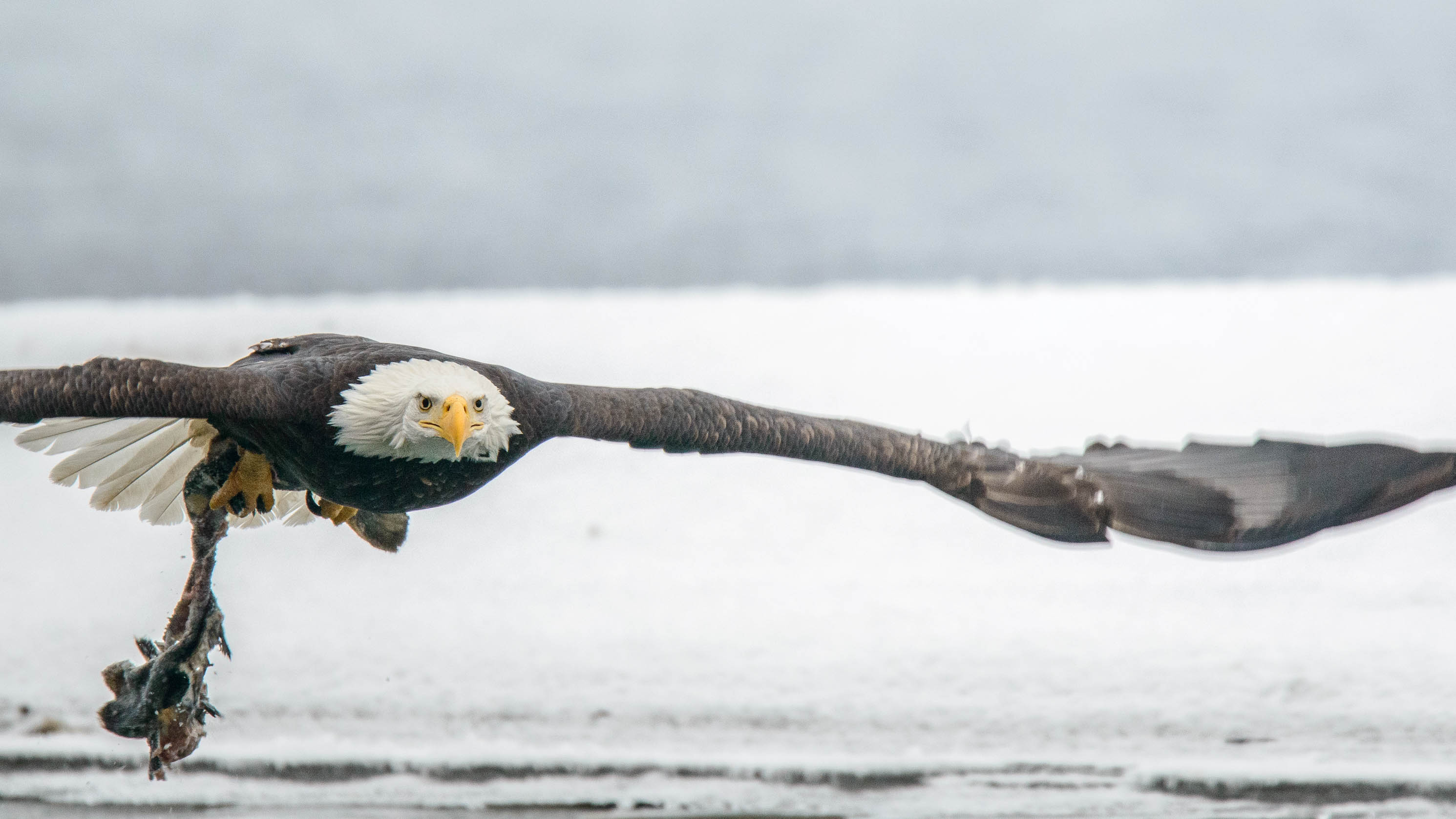 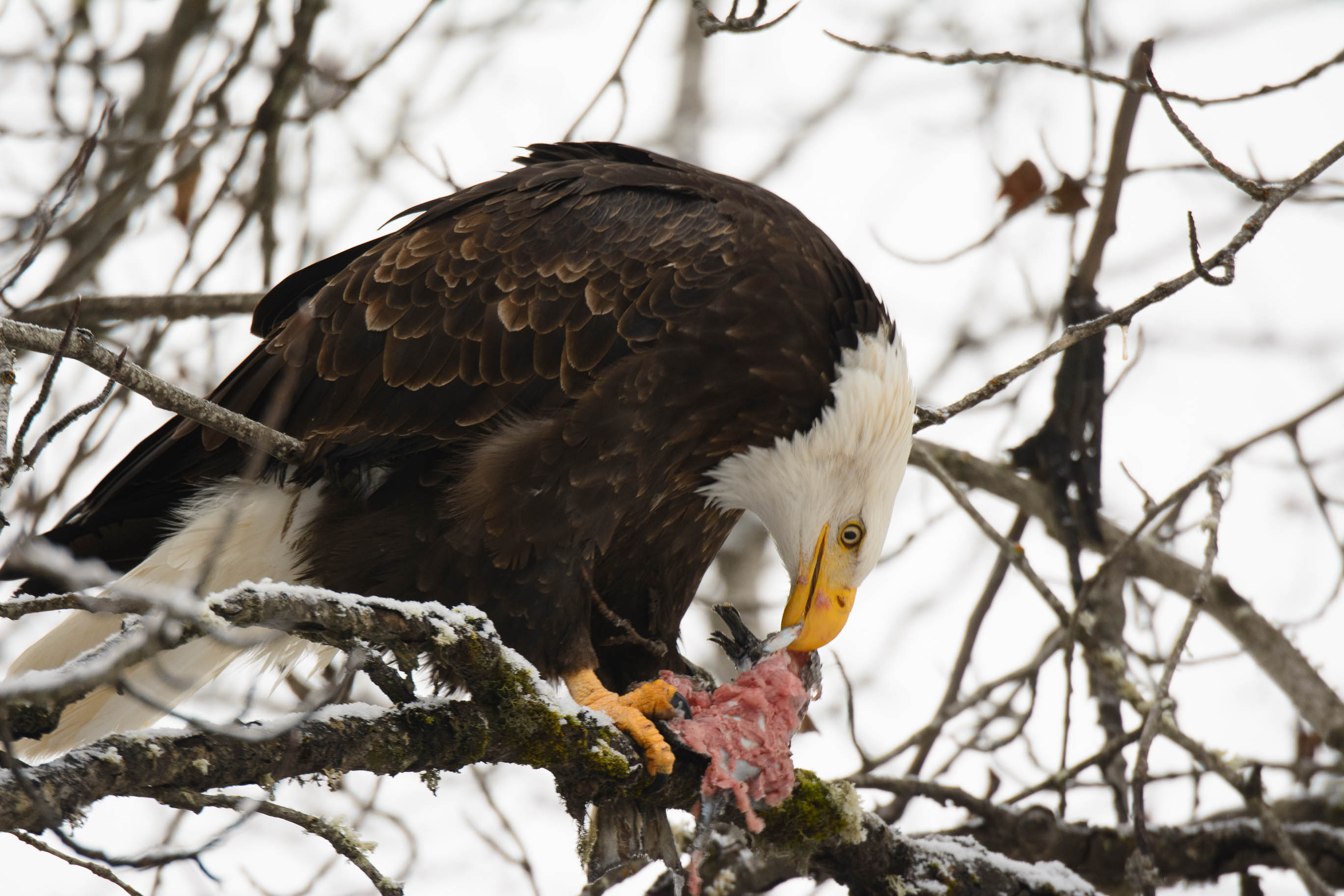