All I wanted for Christmas this year was to capture clear, in focus shots of eagles in flight. After a few false starts, I finally got my camera, lens, gimbal head, and tripod synchronized perfectly to achieve this, assuming the operator was error-free. And, I will admit I have managed to get a few good, error-free shots. I posted some in my blog a couple of days ago. Thursday, though, we almost gave up trying to get anything because the fog was dense and the eagle viewing area was socked in. We hung around a couple of hours hoping for the fog to lift but we finally drove a little further north to see what we could find. While we drove through a Tlingit village and explored snow-covered roads with what appeared to be bear and large cat tracks, the fog started to lift so we returned to our original spot and set up our gear. I easily locked onto an eagle flying directly toward me and fired away keeping the bird in my viewfinder and in focus the entire time as the majestic winged creature came closer and began to fill the frame. When he got too close for the lens to focus, I stepped back and looked at the LCD screen, confident that most of the shots were in focus…and they were. But, disaster seems to have struck my Nikon D800 camera. About half the shots in the series were ruined by what appears to be the shutter curtain obscuring most of the photograph. An out-of-sync shutter curtain became part of the photograph. I looked back and realized this problem started first thing Thursday morning, only less frequently and to a lesser degree. At least I have my D7100 with me as a backup camera. 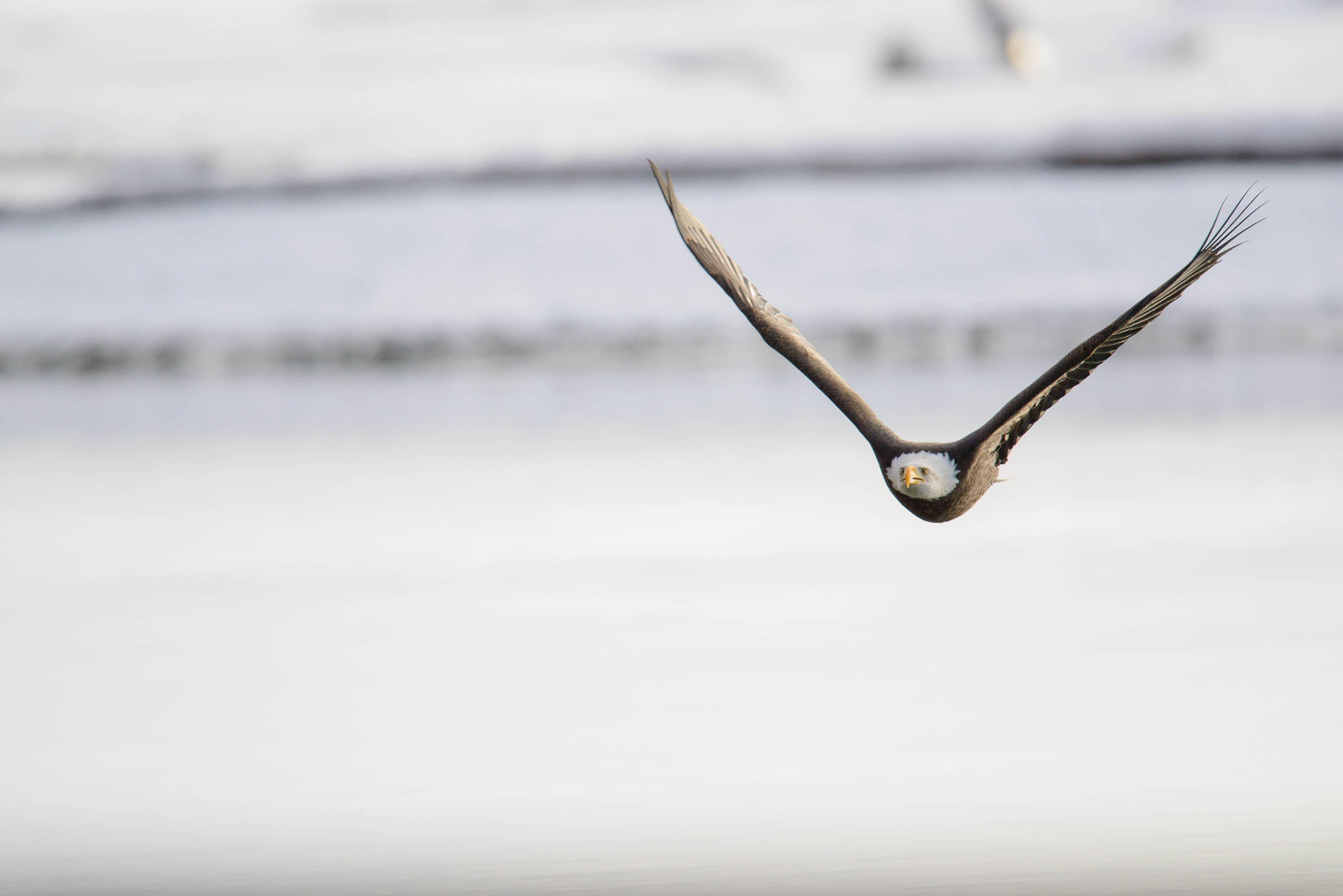 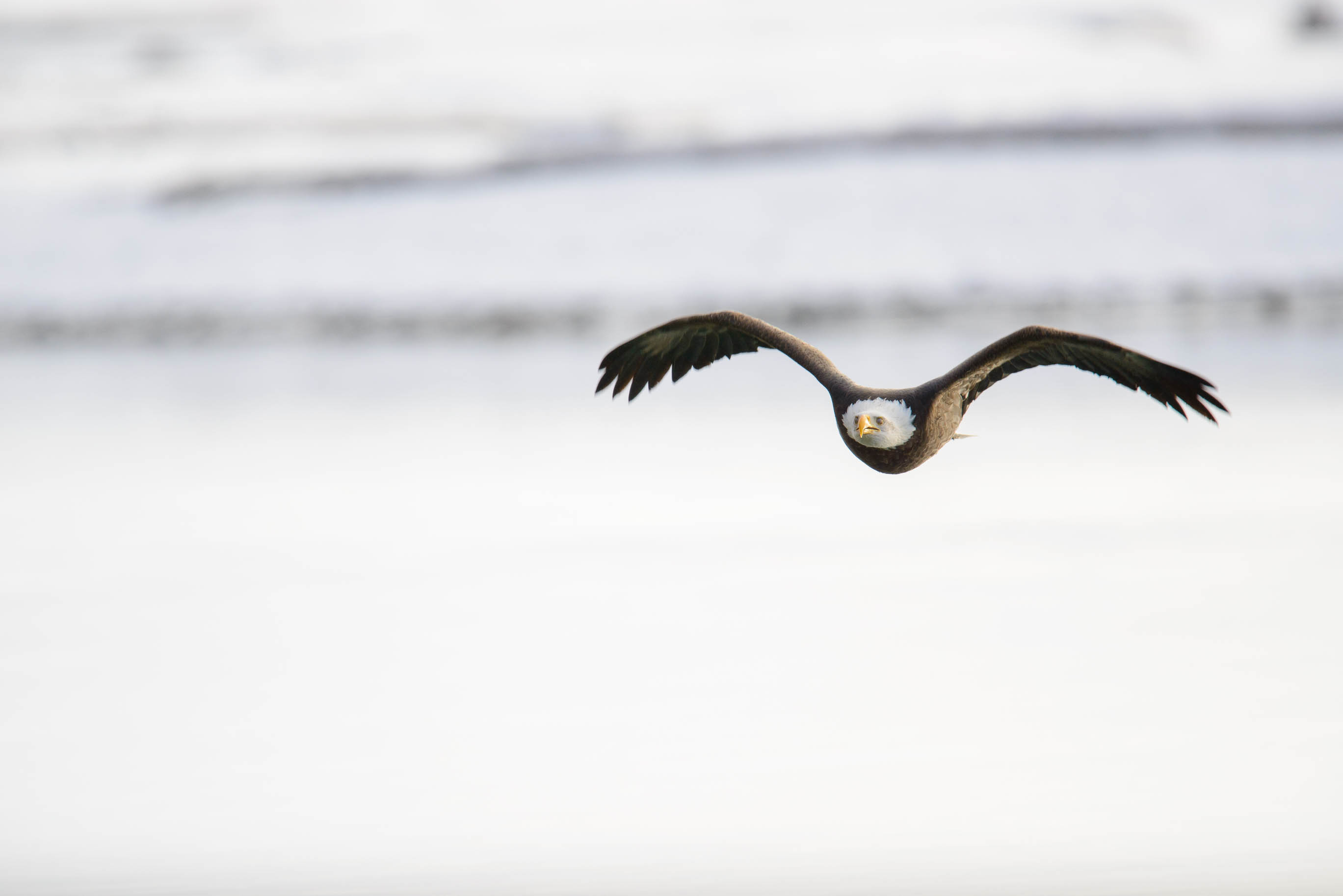 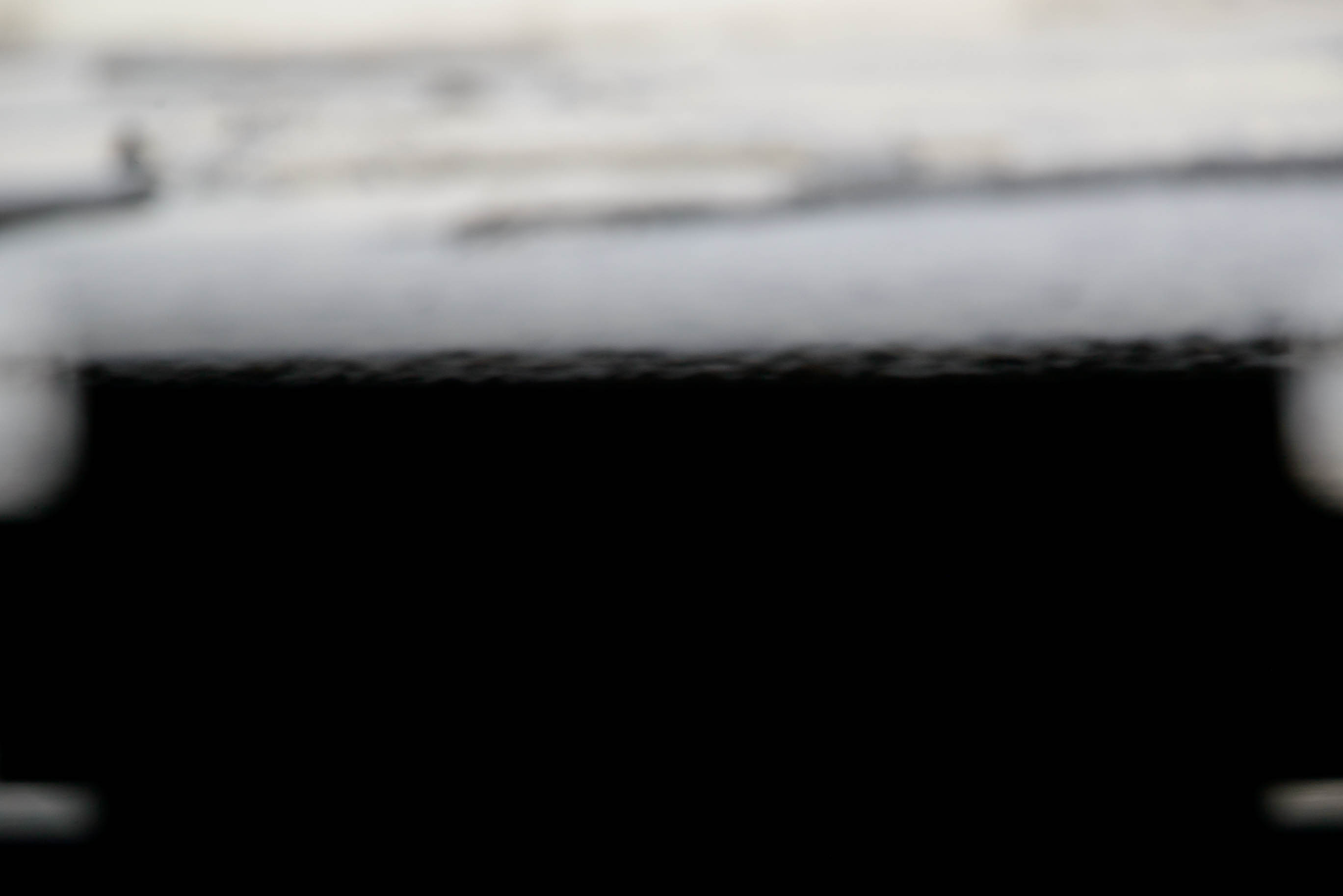 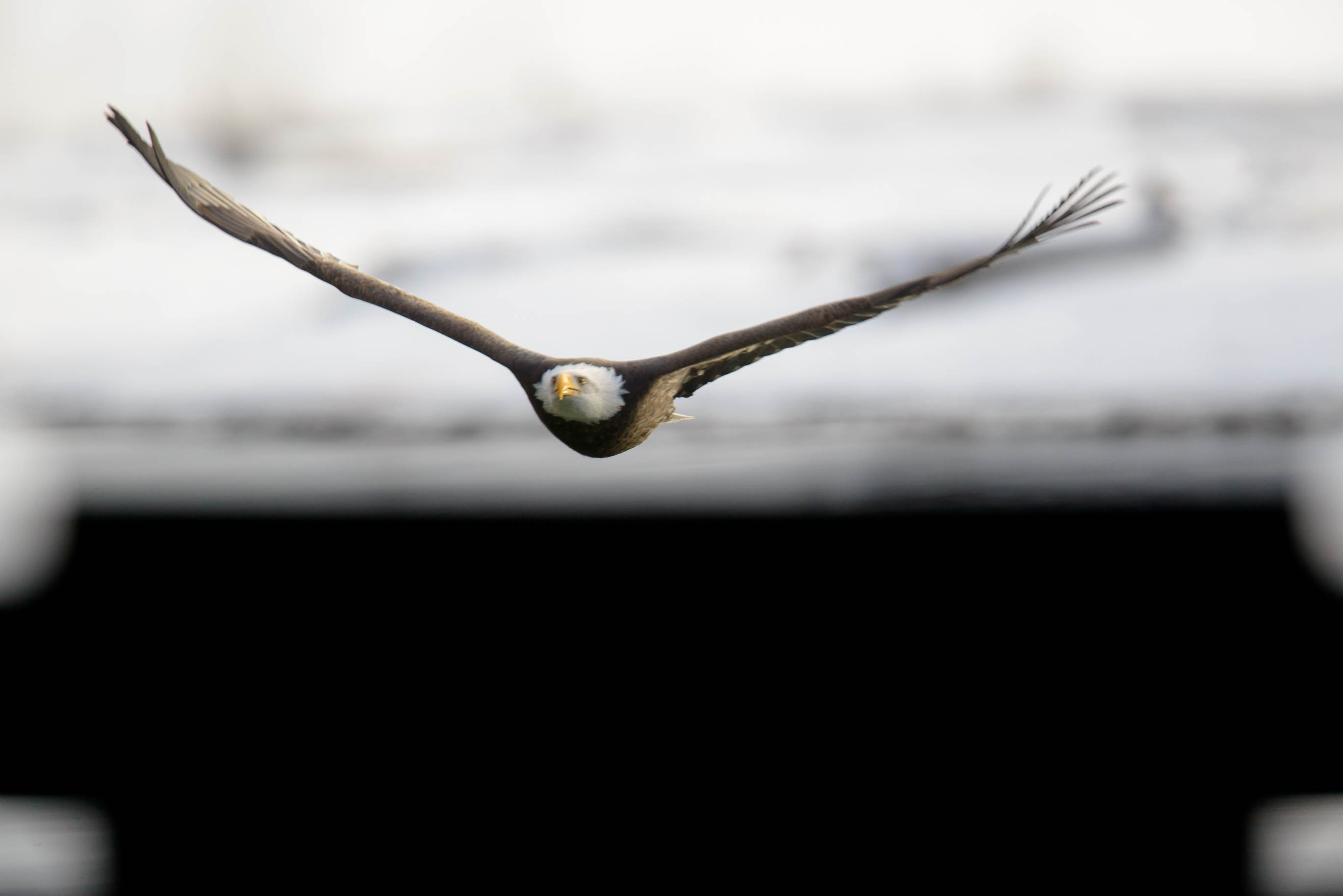