As Roseville Police Officer Aguirre put it, I now have “3-D Pin Stripes” on the driver side of my Toyota Camry. First, let me tell you I wasn’t in the car at the time it was side swiped Thursday afternoon and no one was injured in the accident but there was considerable property damage. The other two cars appeared to be totaled and had to be towed. My car got the least of the impact and of the three cars involved, mine was the only vehicle able to drive away from the scene.

I wasn’t supposed to be there, of course. Kayla, my hair stylist, texted me to see if I wanted to get my hair cut a few days early. When I drove into Historic Old Town Roseville to the salon on Main Street, I didn’t see a parking space so I drove around the corner and parked on Lincoln St. next to the old McCrae Block Building in a spot that was shaded by the wooden balcony over the sidewalk. When I came out of the hair salon an hour and a half later, I noticed a hook and ladder firetruck blocking the intersection of Main and Lincoln Streets. When I rounded the corner and saw the cars blocking mine, I didn’t realize at first that my vehicle was involved. But when Office Aguirre approached me and asked if I was Carol, I knew I had a problem. Apparently, the faulty driver veered out of the lane and hit the car parked behind me. Fortunately for me, there was an empty space between us because that car was spun around and took out one of the poles supporting the balcony over the sidewalk. The offending vehicle came to rest parallel to my car, creasing the rear fender and rear door and creating those “3-D pin stripes.”

After the two other vehicles were towed away, the fire fighters discussed how best to bring the pole supporting the balcony back into alignment. At that point, Officer Aguirre advised me to leave the scene in case they ended up pulling down the entire balcony causing even more damage to my car. I took advantage of the opportunity to leave when the hook and ladder truck backed away to let me out. 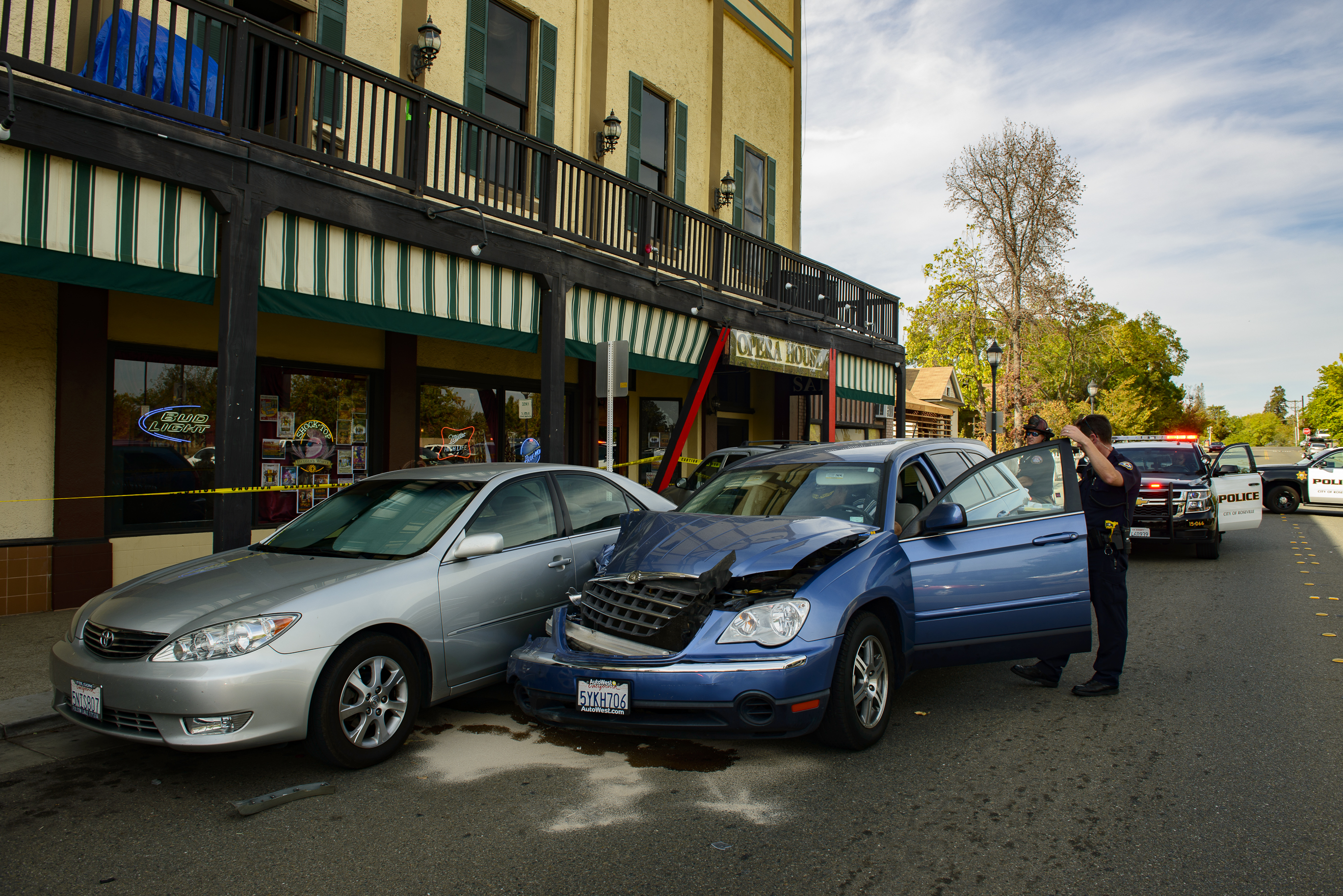 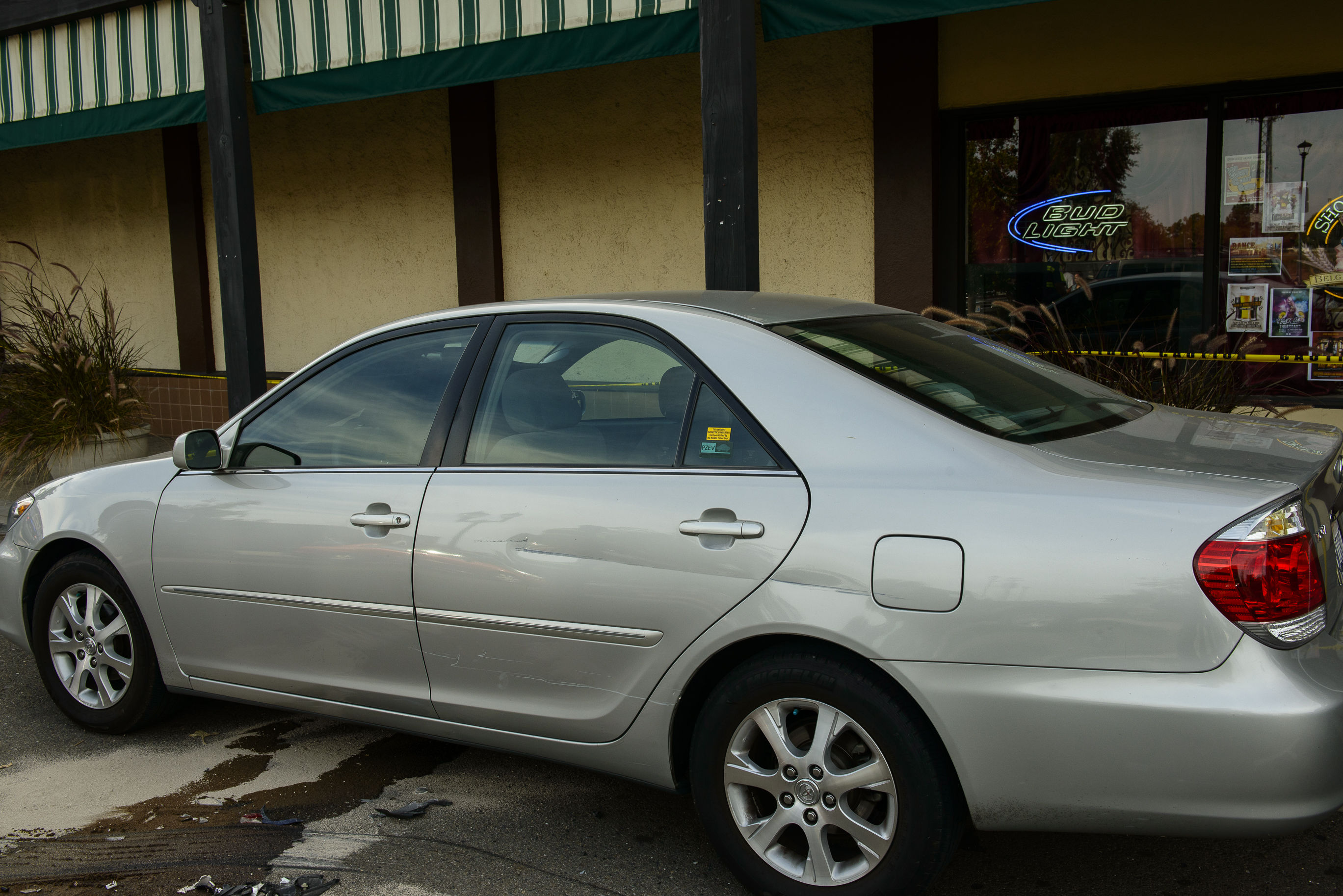 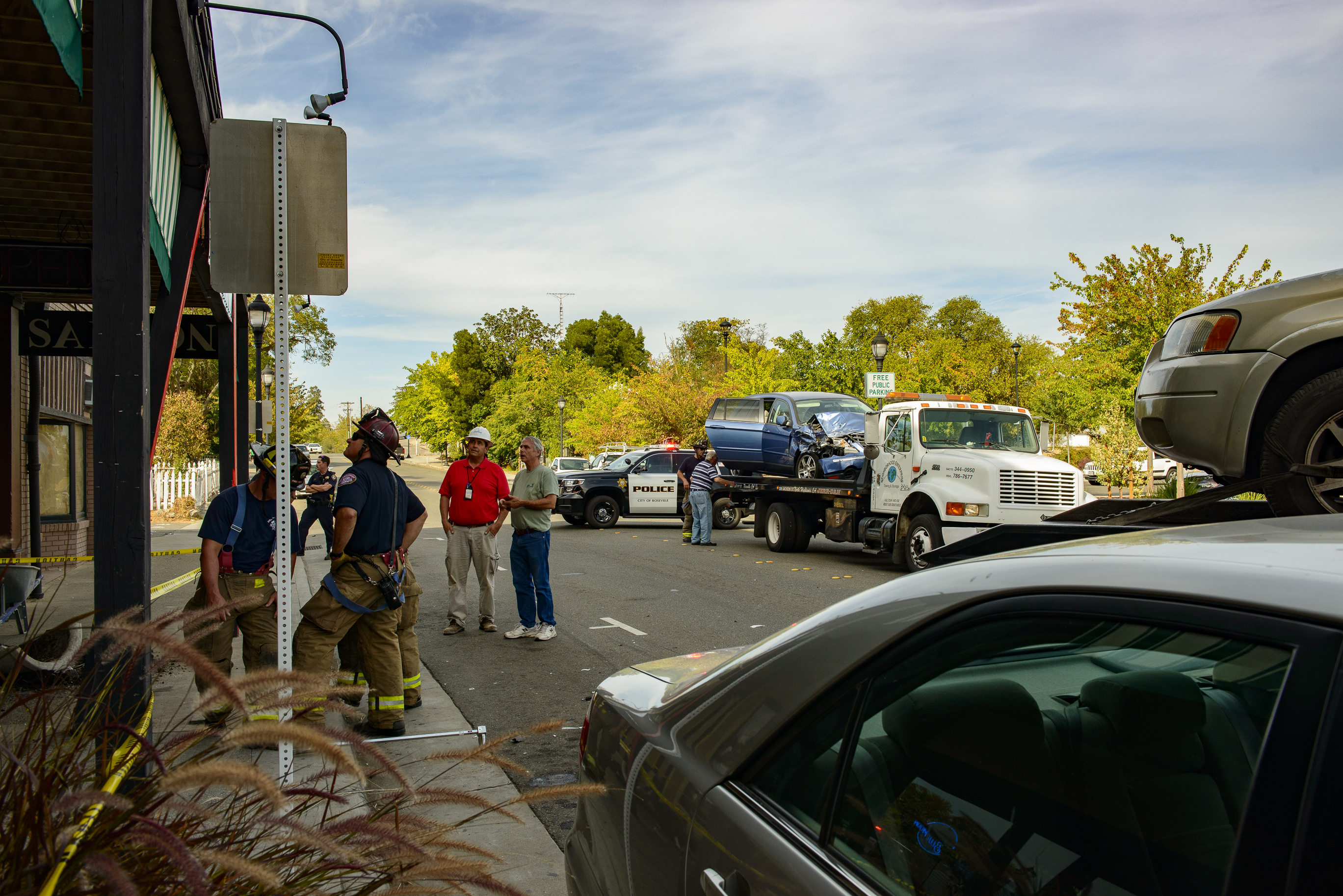