The other day, Bruce, a friend from the Placer Camera Club, took me to photograph the Meadow Lake Petroglyphs, listed in the National Registry of Historic Places, located in a remote area of the Sierras in the Tahoe National Forest. What we saw were just some of the prehistoric rock carvings made by the Middle Archaic Martis people who lived in the region between 4000 and 1500 hundred years ago. The site has been studied since the late 1800s after the gold and silver mining camp there proved unprofitable and was abandoned, but it is not highly publicized for fear that it might be ruined by vandals and obliterated by too much foot traffic because many of the petroglyphs have begun to flake off the rocks as the rocks freeze and thaw and cracks let in moisture.

We were above 7300 feet and it was a beautiful day in the Sierras. After leaving Highway 89 out of Truckee, we drove for more than an hour over unpaved, bumpy, potholed roads and then spent several hours clamoring over the granite outcroppings. Some vandals have already added their mark, first in 1910, but the site remains quite beautiful and its remoteness helps keep it pristine. The were a few carvings that were obviously new, perhaps only 40 years old and seemed more like hippie symbols that were unlike those of the Martis people. These petroglyphs are in one of the most extensive petroglyph sites in the northern Sierra Nevada. It was fascinating to see and I had no idea that such a site existed so close to where I live.

The first five shots are of the ancient petroglyphs. The last shot shows the work of a 1910 vandal who impressively managed to chisel cursive into the granite but while possibly obliterating some of the original petroglyphs that are barely visible to the right of the script. The straight lines on the granite are the result of glacial movement. 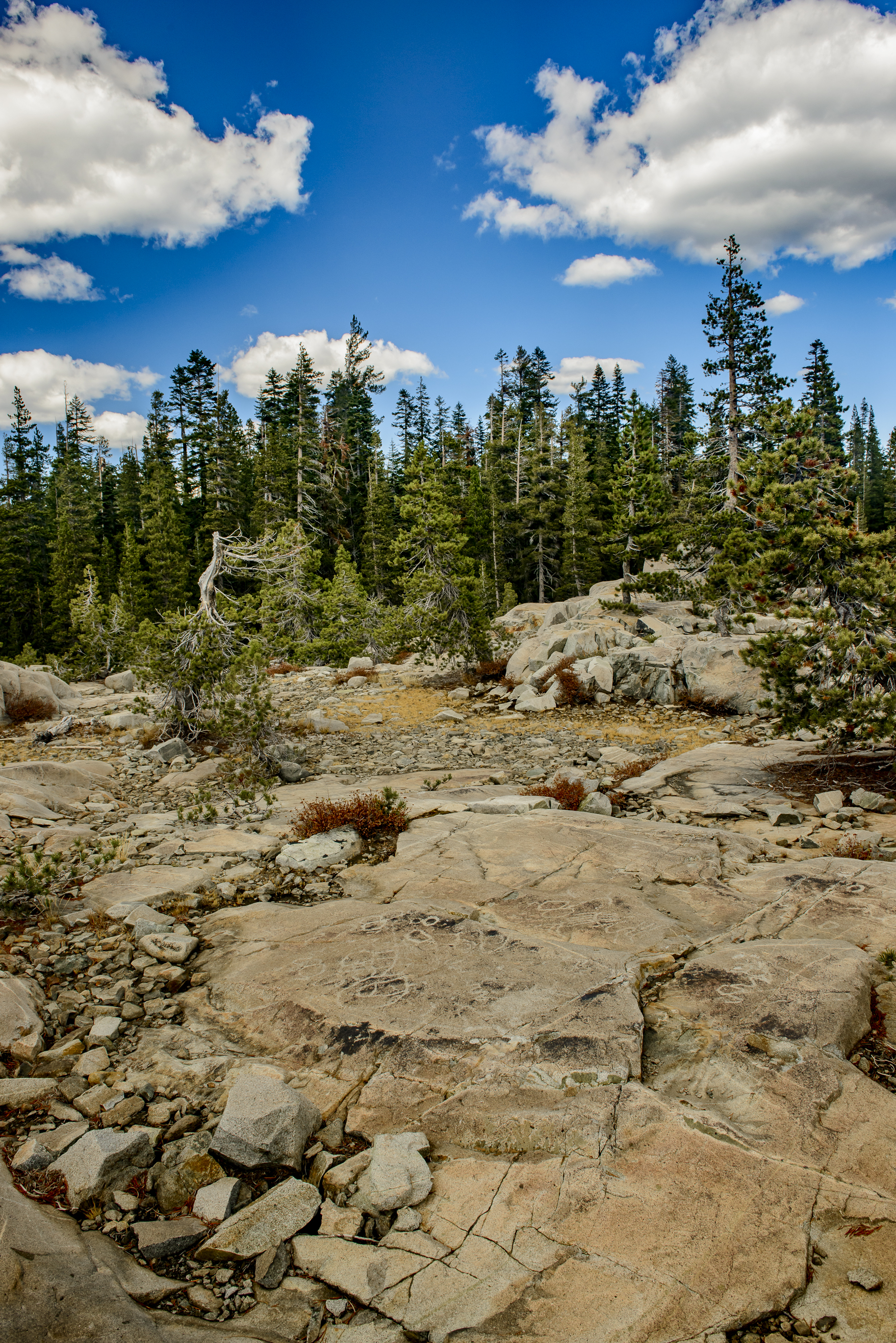 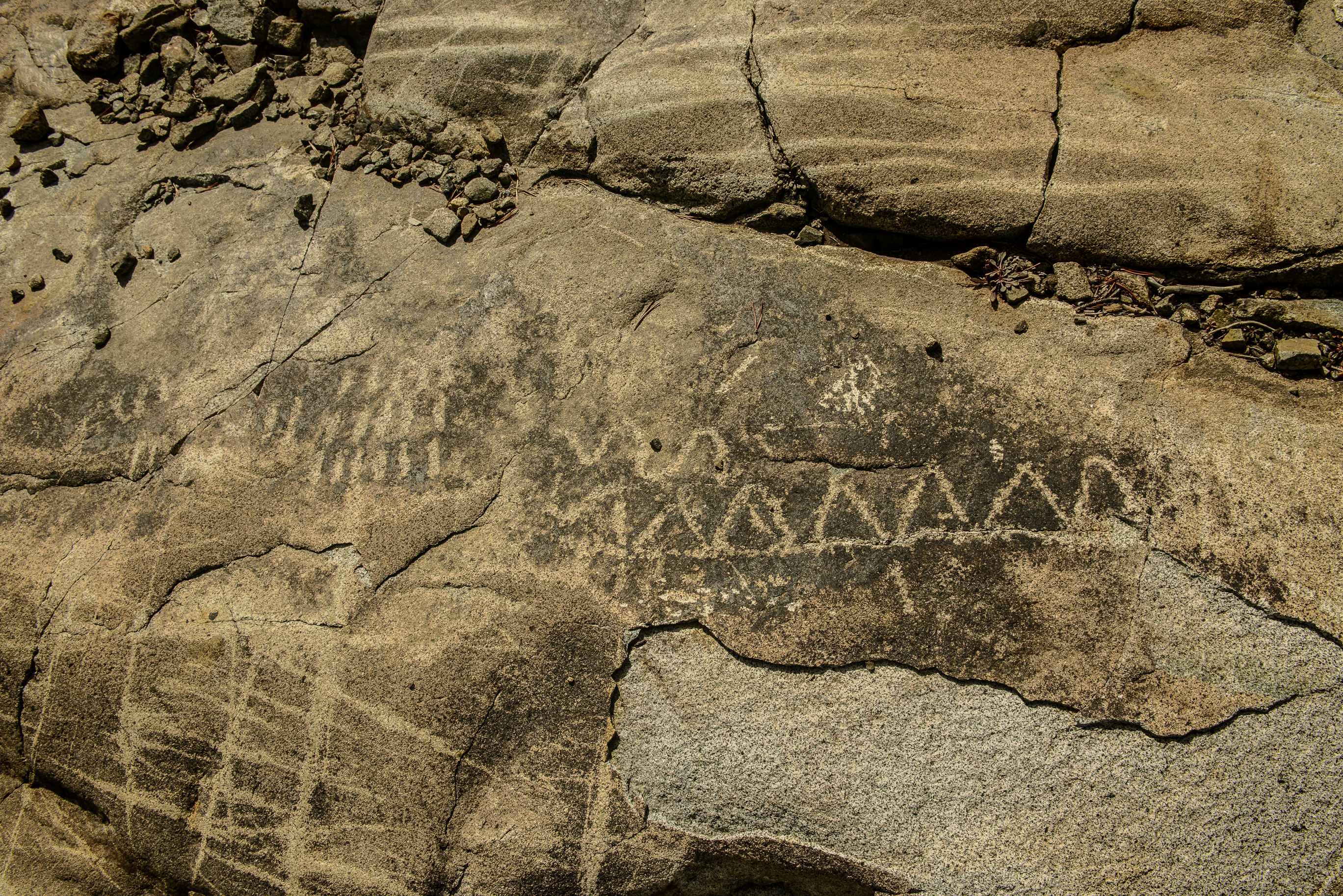 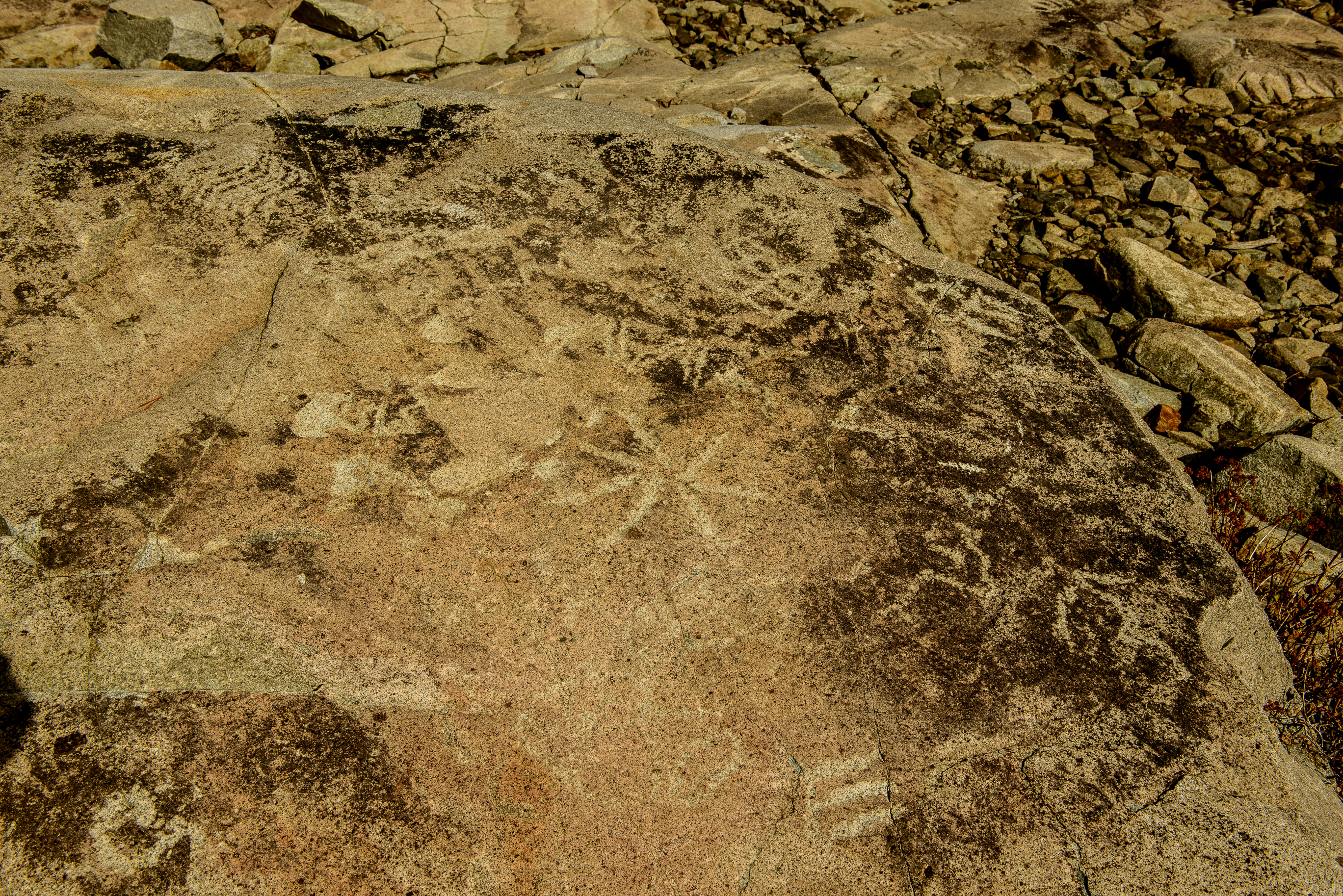 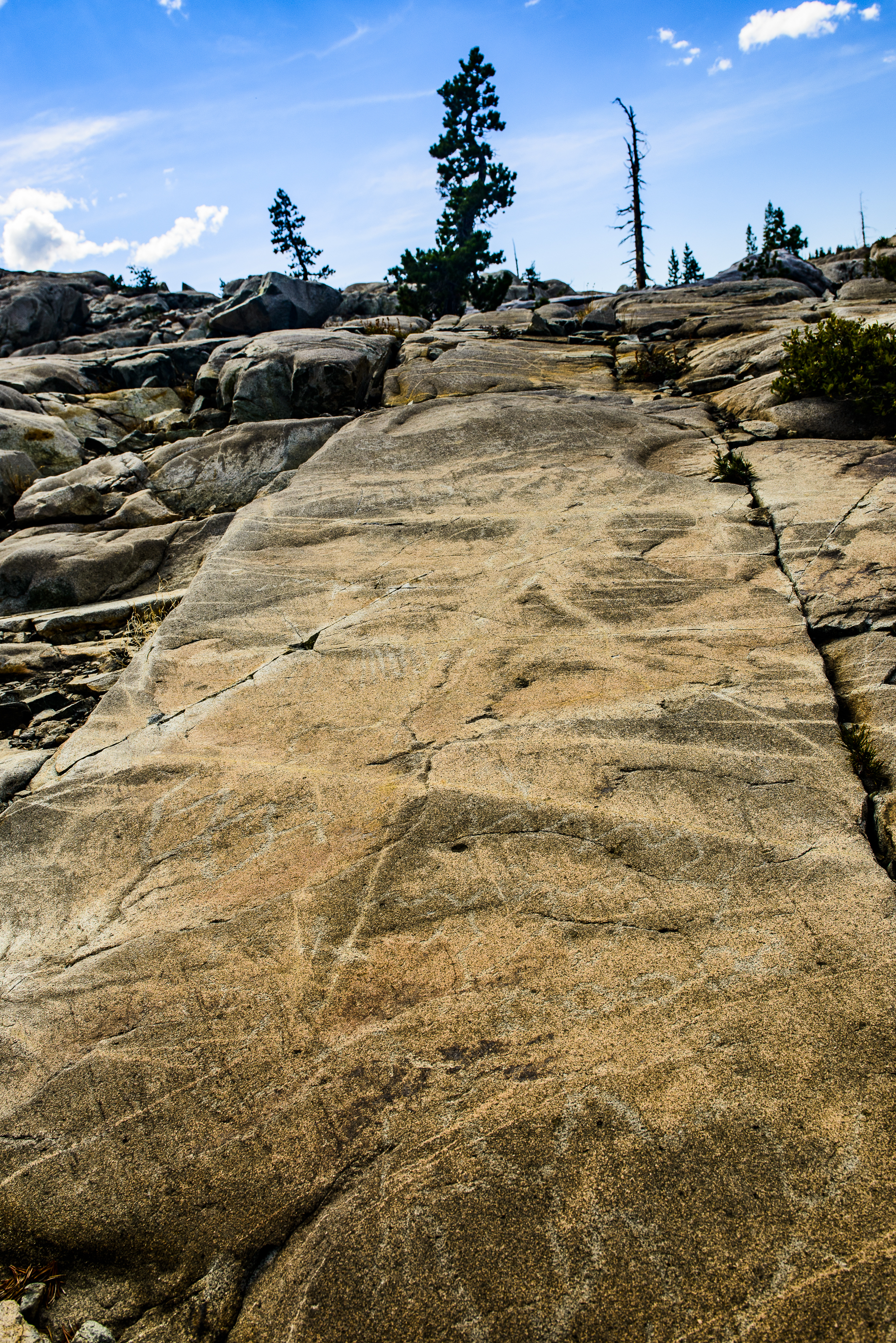 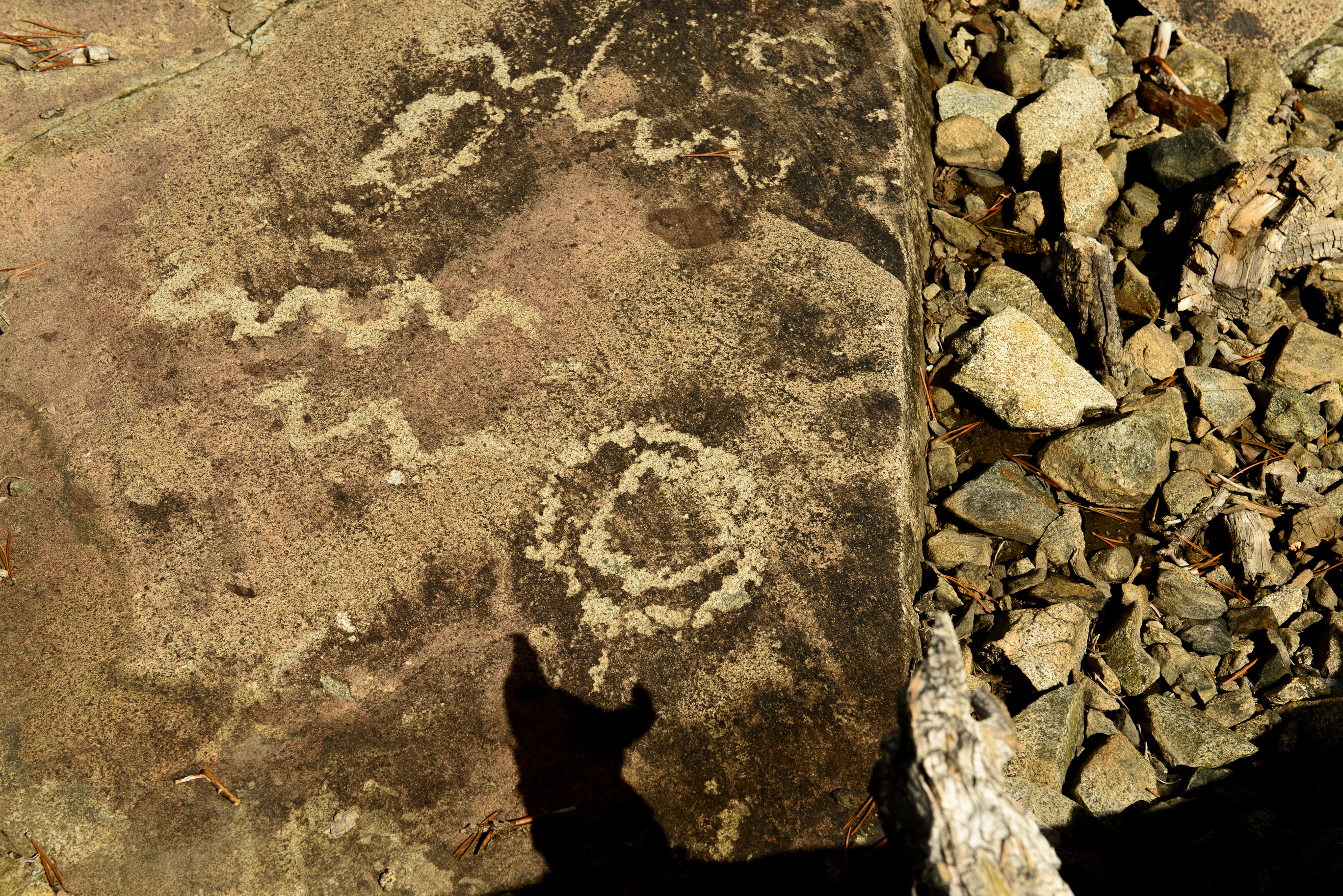 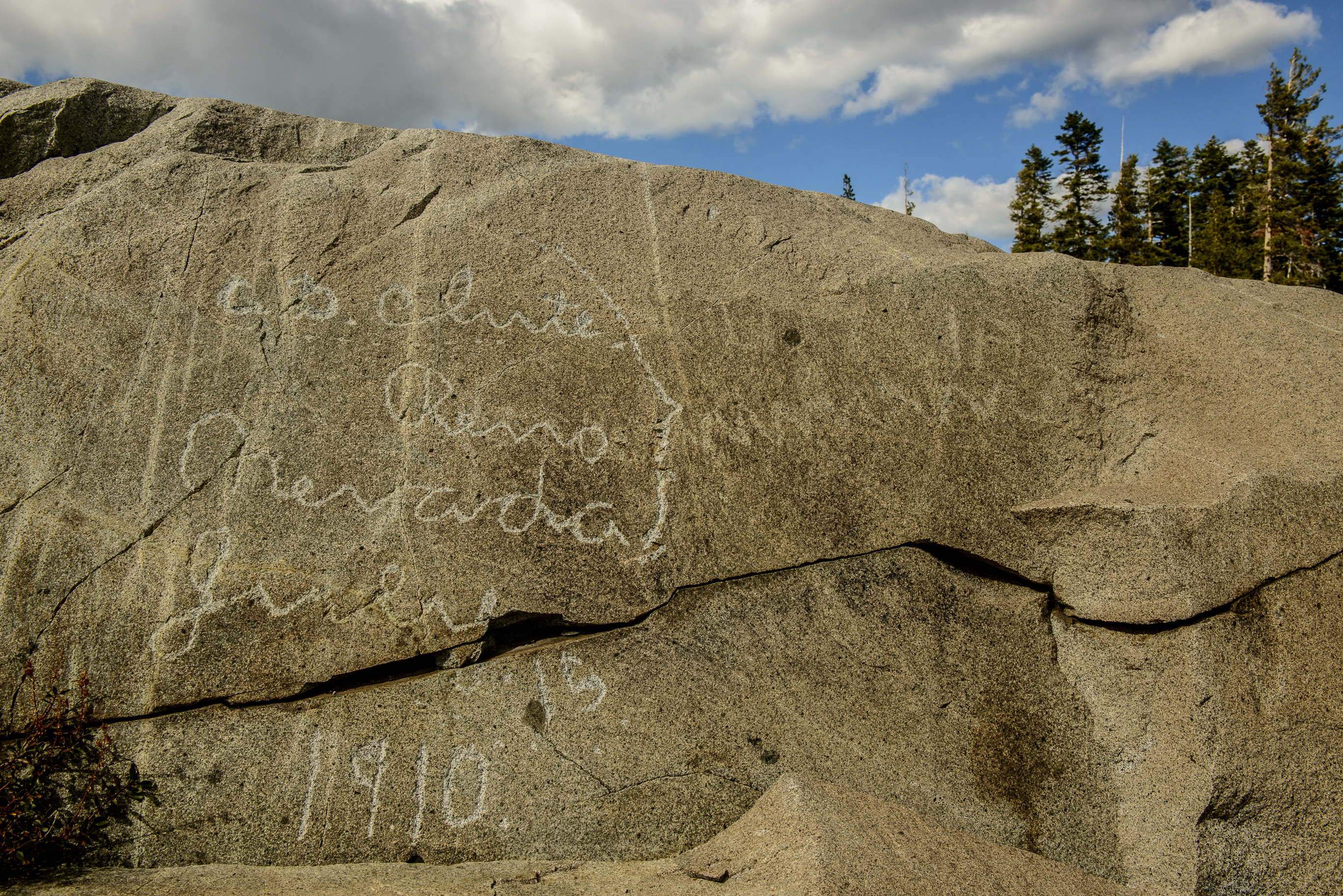