While I was struggling with Big Bertha the other day, I realized that not much was happening with the lone egret I’d already taken a zillion photos of. I turned the lens to telephone wires a hundred yards or so away in the opposite direction in time to see a flock of starlings swarming around the wires. I feel a bit sheepish saying this, but I was actually too close to get the photograph I wanted: lots of starlings on the wires, with at least one pole showing. Since I couldn’t really back away further, that composition wasn’t gonna happen so I concentrated on getting as many birds as possible on the wires at once. Six was the most I got. This is a composite; I added the one bird flying down from the wire from another shot. Then, I edited the composite shot in a Topaz Impression Cave Man filter. 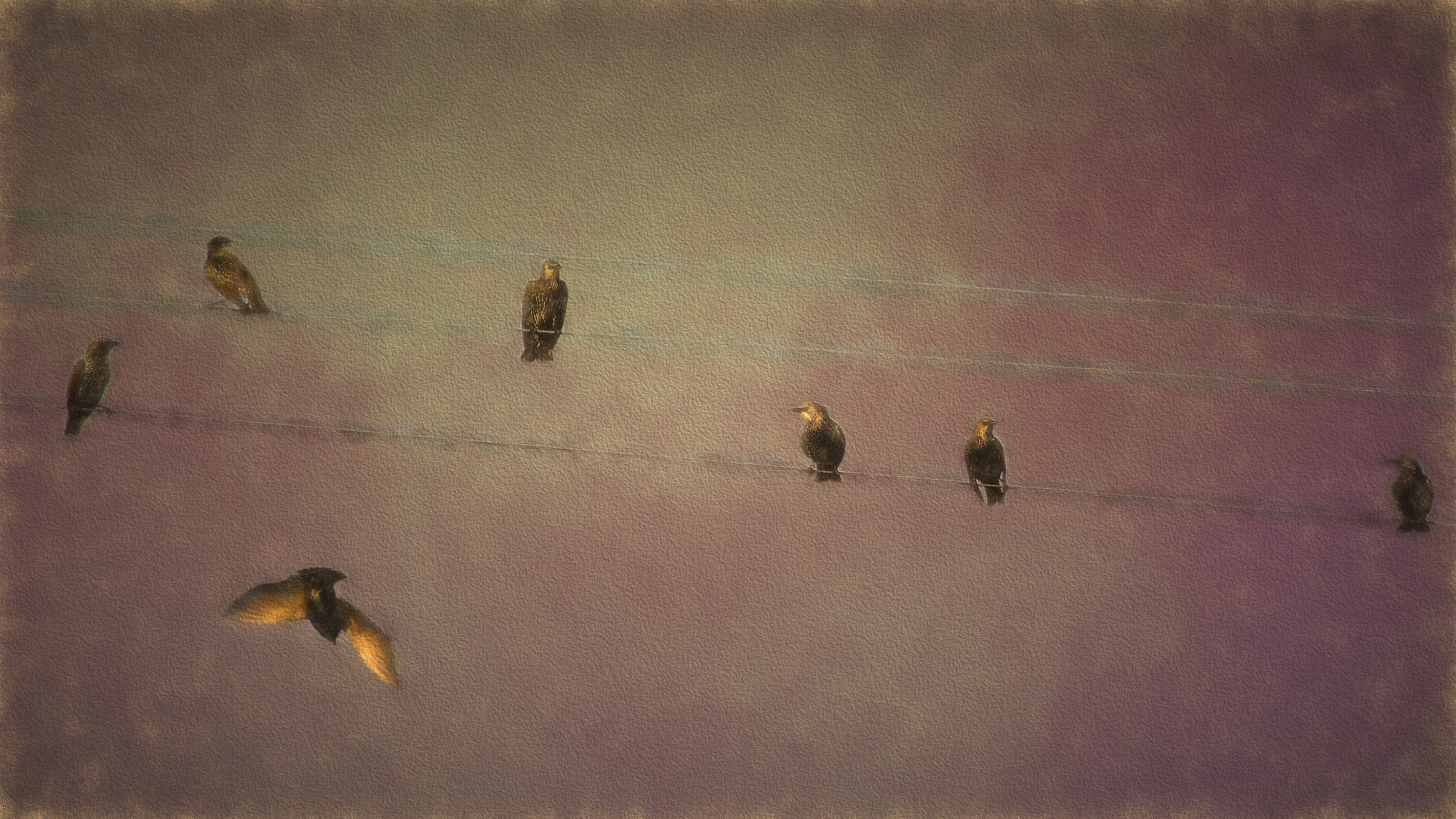