Immediately upon my return from Texas and Arizona, I had to make a quick trip to Santa Rosa. I stayed with my brother John and met his newly acquired kitty, Choppie, short for Chop Stick. Choppie recently made his way to Santa Rosa from San Diego where he had been a neighborhood cat, owned by no one in particular but fed and tended to by my nephew Michael who was moving to New York City and couldn’t take Choppie along. Michael felt the best solution was to move Choppie to his parents’ house to live with their other cat, whose name escapes me at the moment but I think is called Black Kitty. John and Pam have adopted so many strays over the years that names like Mama Kitty and Baby Kitty (who at 18 was still called Baby Kitty) and Gray Kitty were the rule, not exceptions like the late “Geraldine” and now, Choppie. When I arrived, Choppie had only recently been allowed outdoors and they were pleased that he has acclimated and stays in the yard. His one foray into the next door neighbor’s yard was immediately abandoned when the neighbor’s dog announced his presence. Pam wanted a photograph of Choppie so that if he strayed, they could have a photo of him to put on “lost” posters. He has been microchipped but a photo is always a good option. Choppie was very wary of the camera. I got only one in focus shot and I lucked out because he was looking directly at me. The orange reflection in his eyes is the bright orange shirt I was wearing. He bolted seconds after I took this shot. 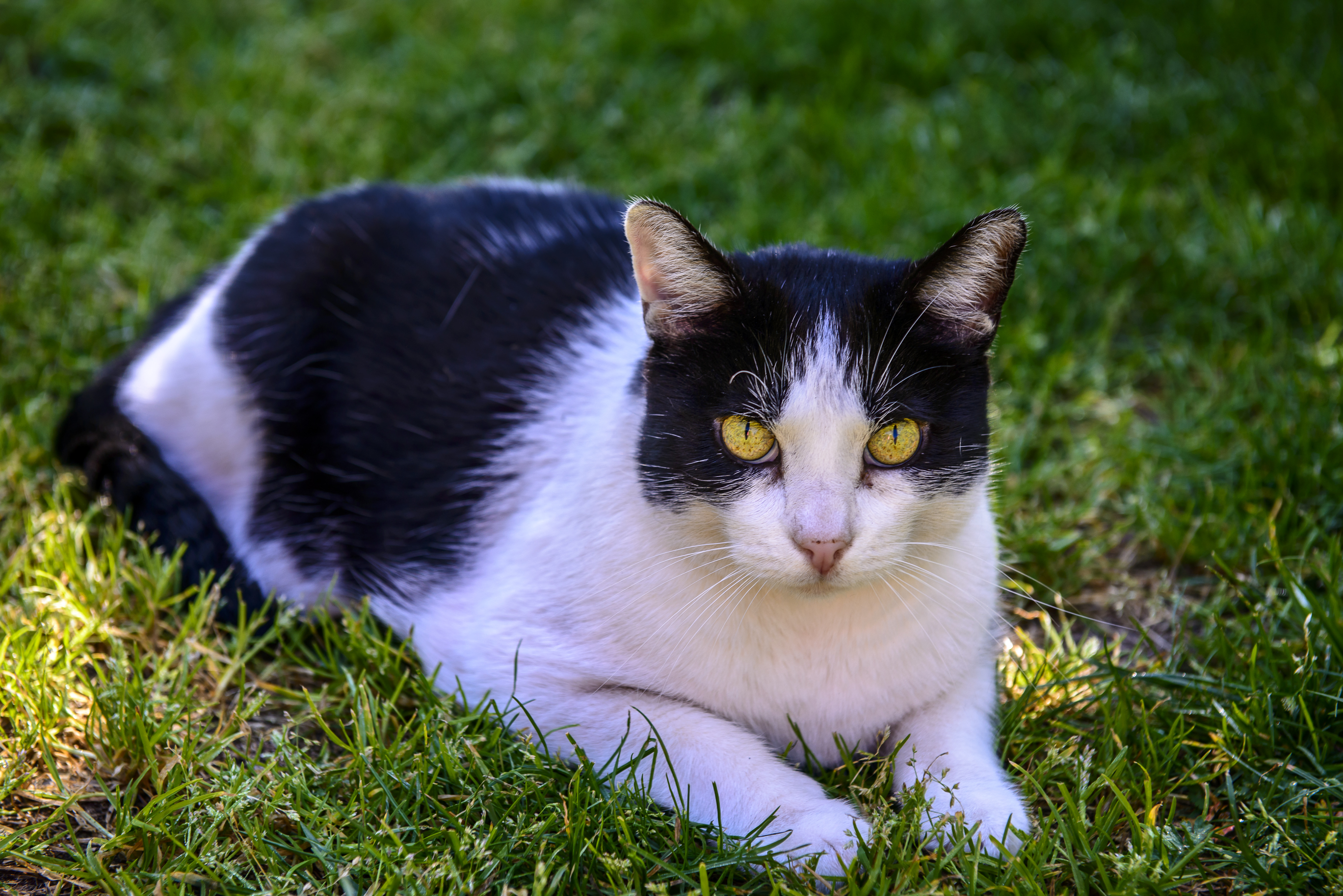