I discovered this small ivory carving in a box I acquired at a garage sale years ago. When I first found it, I realized it was scrimshaw and when I researched the carver’s name, W. Walluk, I found he was an Inupiat Alaskan Native carver who died in 1968 at the age of 40. I thought the small object was charming so I set it in a glass display cabinet with some sea shells. Tuesday’s daily challenge theme in my Flickr group was “in the middle” and I remembered the small, half dollar sized, walrus tusk carving of a polar bear and thought that it might work for the challenge.

I decided to take a macro shot to feature not only the small carving but the concentric rings of the ivory tusk. The rings of the walrus tusk are quite visible in the photo. It was only after I started to process the shot that I realized that also in the middle of the shot is a barely visible tiny wad of crumpled silver wire, so fine I didn’t see it until I looked at the greater-than-life-size photograph. So, for my challenge I actually have three things “in the middle:” the carving; the concentric rings; and the tiny bit of wire.

If you click on the photograph, then click on it again, the photo will be magnified so that you can see the wire just above the polar bear’s neck. 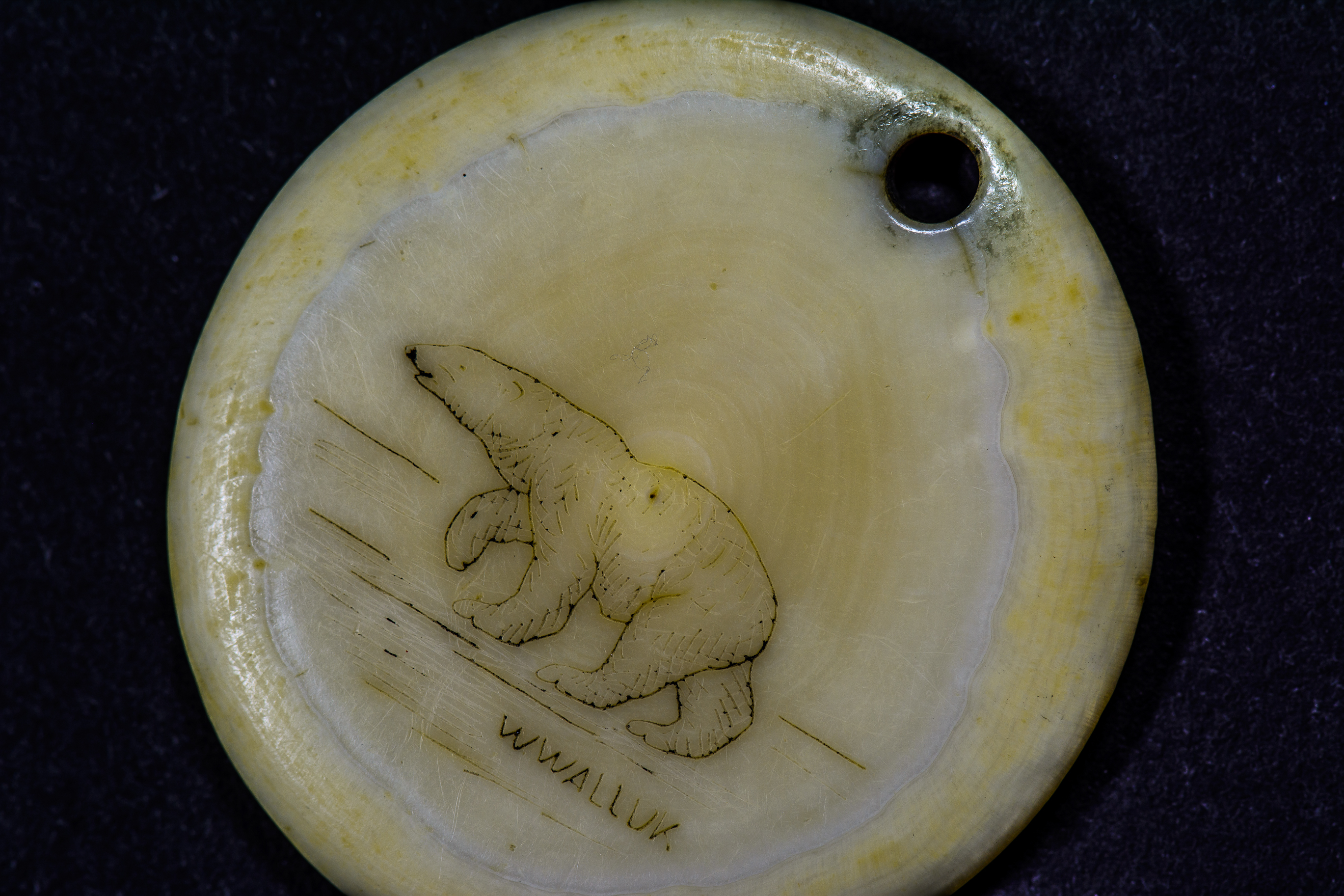