This morning when I put a couple of pieces of leftover mat board to block some of the light coming in over the window seat so I could take some photos, Bobo became very interested in the mat board. Despite my camera, and Xmas lights, and various other things that I was photographing, Bobo was riveted on the small space between the two boards and began to chew on one of the pieces. Paper flakes were suddenly everywhere and some of them began to appear in the macro shots I was trying to take. I shouted “Bobo, no!” when she was distracted by the Xmas lights and was about to chomp one. That caused her to take flight and plummet to the floor but she quickly regained her composure, climbed back up the side of her cage, and returned to her task of chewing on the mat board. By this time I gave up taking my intended photos but decided Bobo would make a good subject for today. Her brief flight caused one of the red wing feathers to twist and is slightly out of place on top of the wing. It doesn’t normally show.

I think this is nesting behavior but fortunately, once I clean up the mess, she’ll forget about it (I hope). She’s almost 30; I hope she doesn’t decide to lay an egg at this stage of her life. 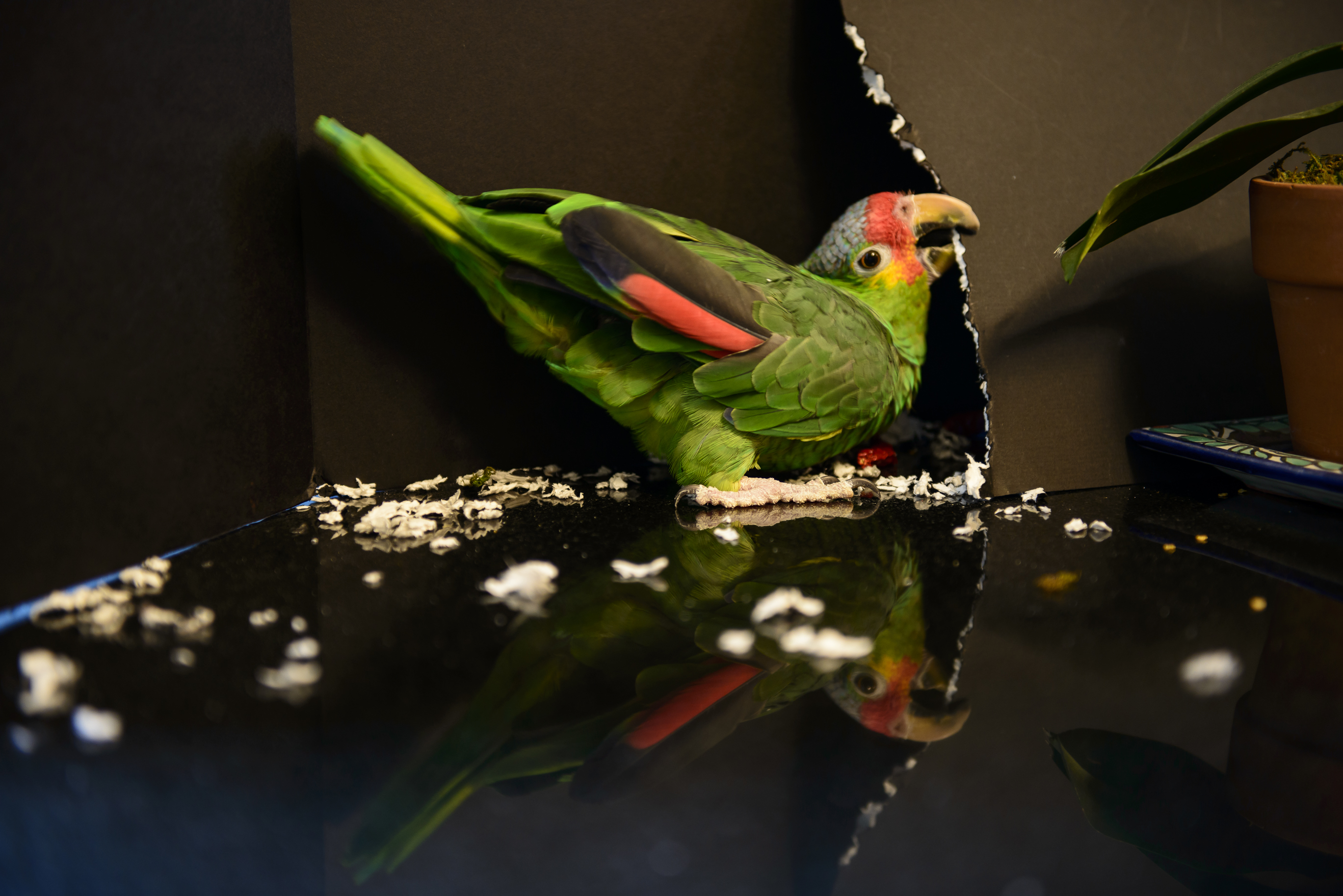