In my second in-a-row slothful day where I was dressed to go to the gym but never made it (perhaps this could be termed preparation for my trip to Costa Rica where ‘thar be sloths’) I spent my usual gym time reviewing my European photos to find some candidates for printing and reviewing my Fickr daily challenge topics for photographic inspiration. I found some shots to print and I was inspired to take a photo for one of the Flickr challenges.

The topic that caught my eye was “triangular.” I had just come across a worn triangular guitar pick discarded last year at Famous Mo’s by a guitarist of whom I have no recollection. The name on the pick is the manufacturer, not the name of the band. When I decided to use it as my subject because it met the challenge, I still had every intention of going to the gym. However, I remembered that I had two other guitar picks both with the band’s or the artist’s names so I thought they would make the shot more personal and three picks might be more interesting than one. An unsuccessful search ensued. I’m annoyed that I have somehow misplaced the picks. One was from Jennifer Batten, one of the more famous artists who performed at Mo’s. She accompanied Michael Jackson on some of his tours, including his last, and performed on stage with him at the Superbowl. And she was phenomenal at Mo’s. The other pick I misplaced is from Mo’s “house band,” Foxtrot Mary but since I know everyone from Foxtrot Mary, I am certain to be able to get another pick. I spent so much time tearing things apart looking for those tiny triangular pieces of plastic that I finally realized I wouldn’t make it to the gym. And tomorrow I have a dentist appointment. Hmmm. But I digress.

I took this macro shot in my now favorite place, Bobo’s window seat. The musical background is a page from “The Girl from Ipanema” by Antonio Carlos Jobim in the Key of F. 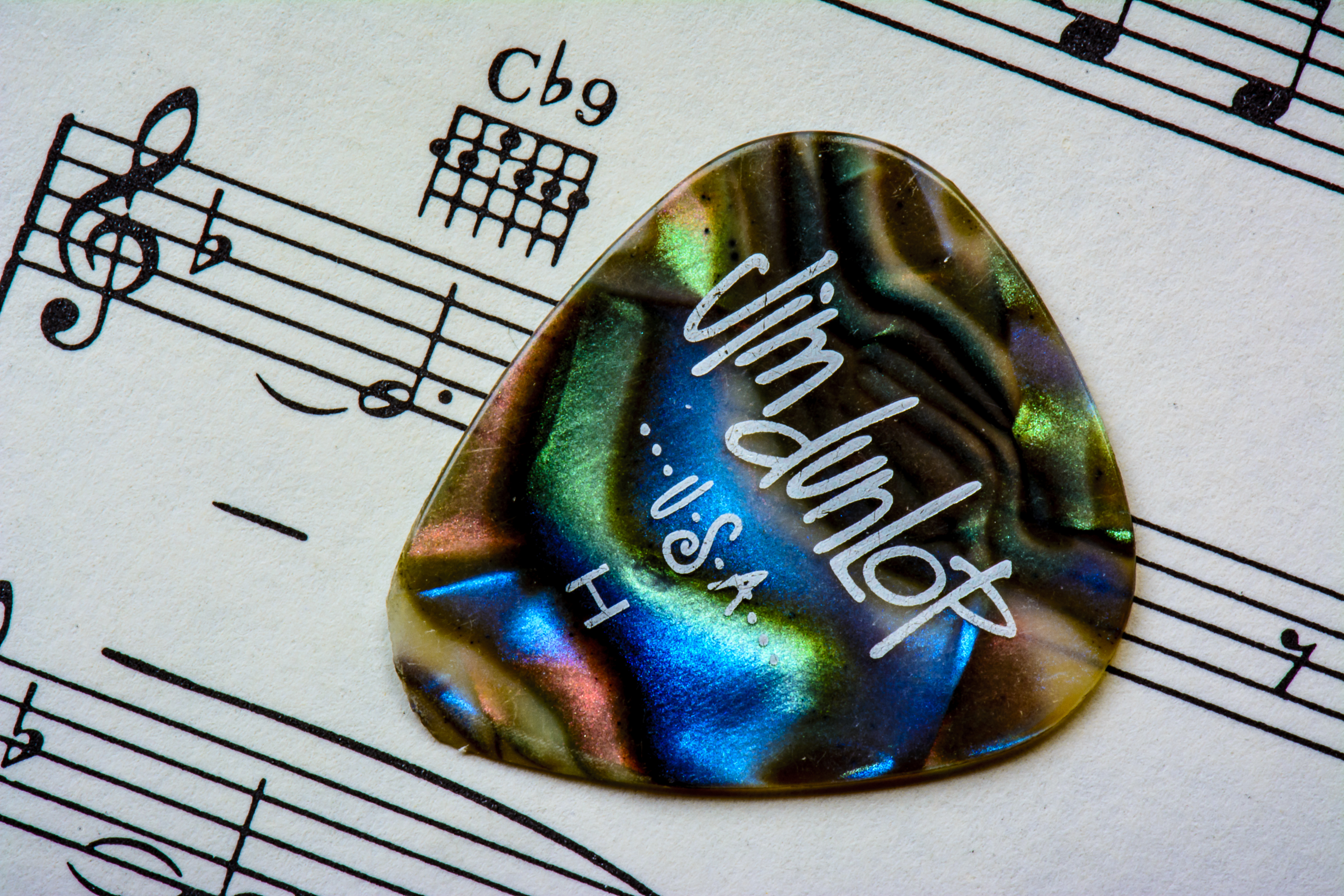