In my version of “Where’s Waldo” you must locate the small bug hiding among the whorls in each of the three images of this Romanesco broccoli. Romanesco is one of the most interesting-looking vegetables because of the fractal-like patterns on its surface. Given the time of year, one can imagine an alien Christmas tree farm complete with little aliens.

Romanesco broccoli falls somewhere between cauliflower and broccoli in taste and yet it is unlike either in appearance. I thought a macro shot would be interesting but it proved to be almost impossible, given its intricate and uneven surfaces. My attempts at focus stacking were marginal (the third shot is a focus-stacked image) and, because it was “organic,” the little creatures that came home with it appeared and disappeared among the whorls leaving little ghost-like images in many of the photos. It was late in the afternoon and the window light was fading so I’m not certain what the actual color green of this vegetable is. I made some white balance adjustments to modify the color and it no longer looks real to me. And, after spending an hour or so photographing this vegetable and seeing how many little creatures came home with it, I opted to use it only as a photographic subject and decided not to eat it. Good luck locating the bugs. 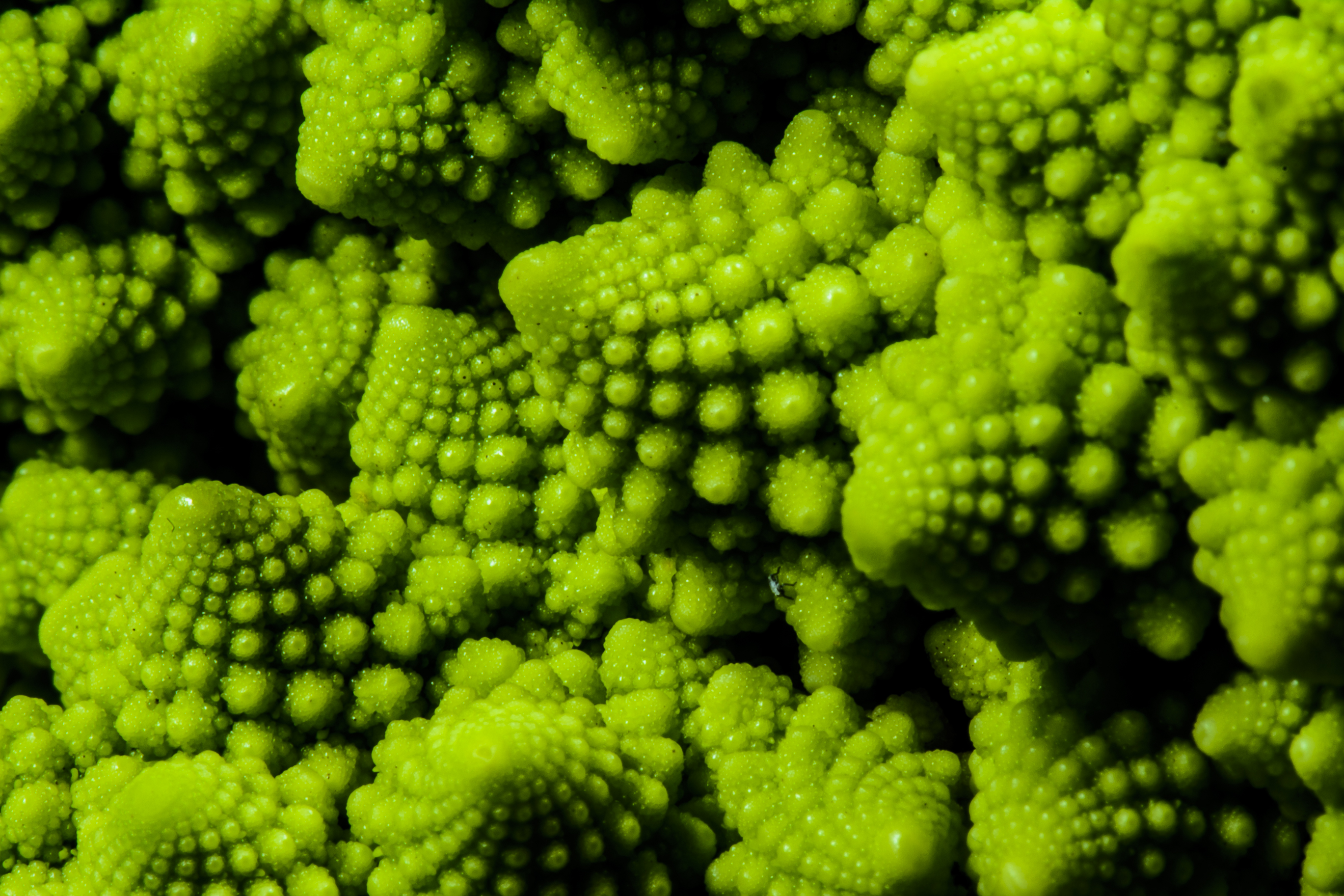 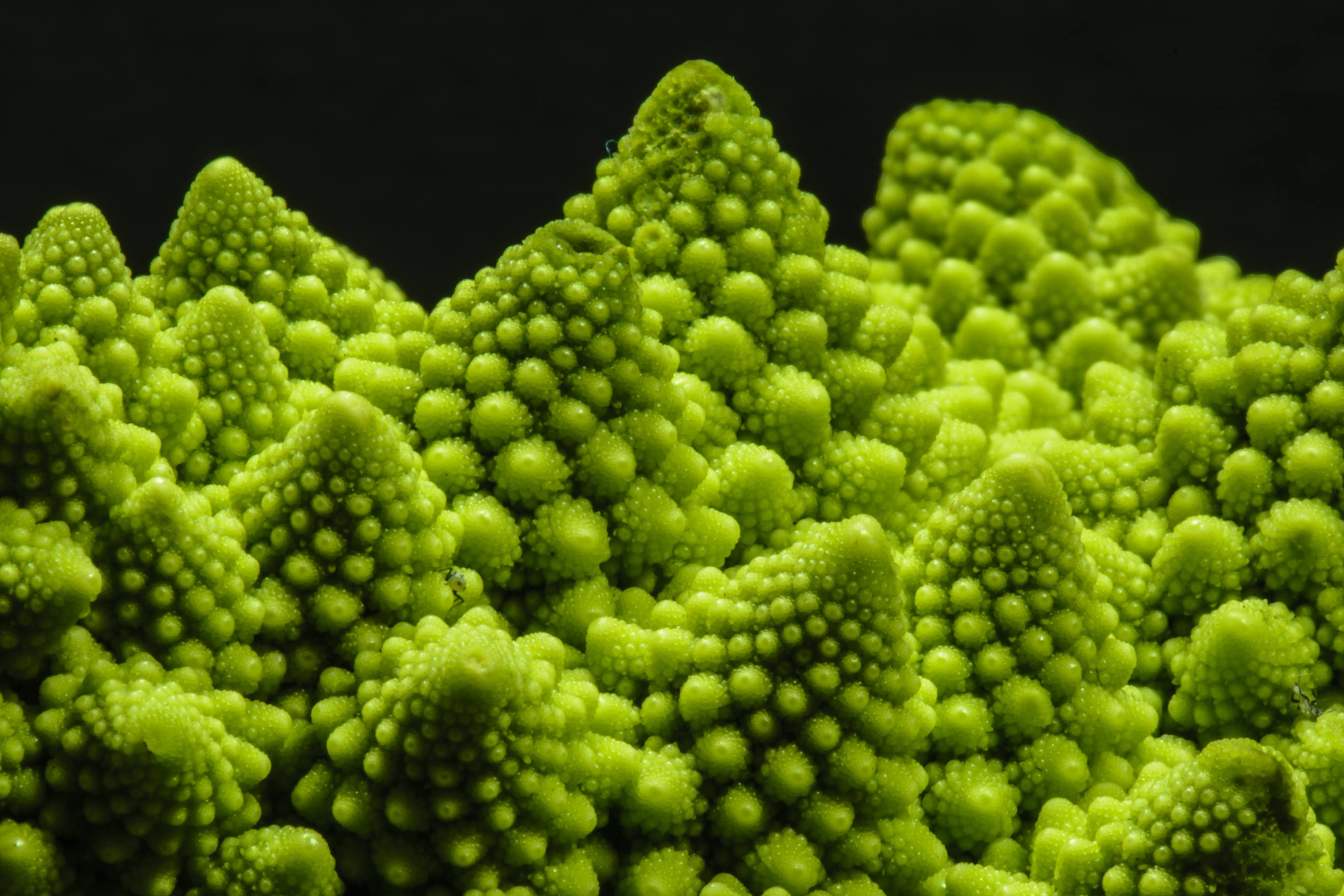 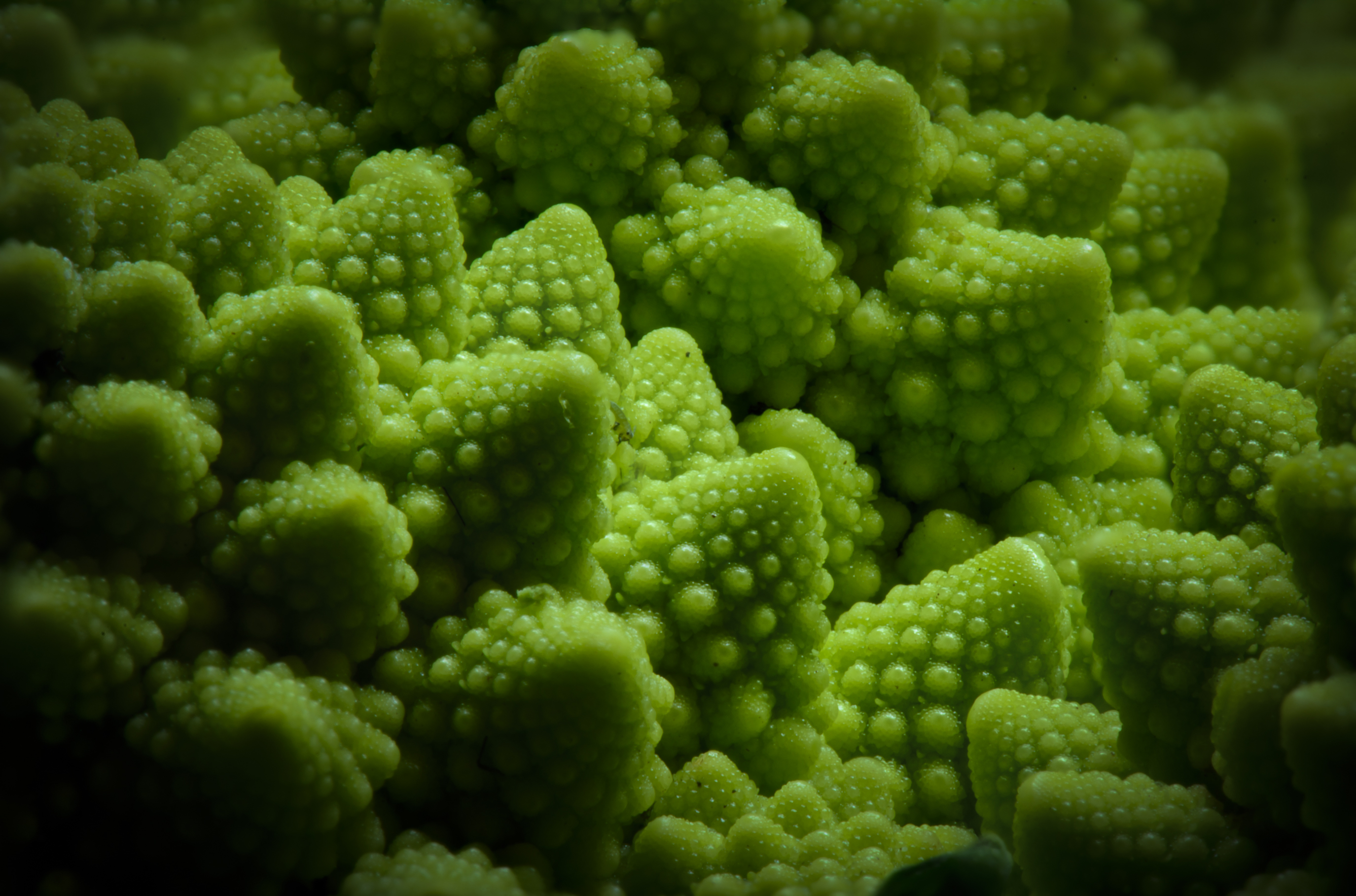