We got a taste of Barcelona today. It is an ancient city, founded by the Romans. It has a unique culture and language and is a beautiful, clean, and bustling city with contrasting and fascinating architectural styles, rich artistic culture, high energy, and delicious food.

Here are a few photos from our morning drive through its energetic streets and our all-too-brief visits to some of its architectural marvels, dominated by early 20th century modernist Antoni Gaudí.

The glass façade of our hotel with the apartment building across the street reflected in its windows: 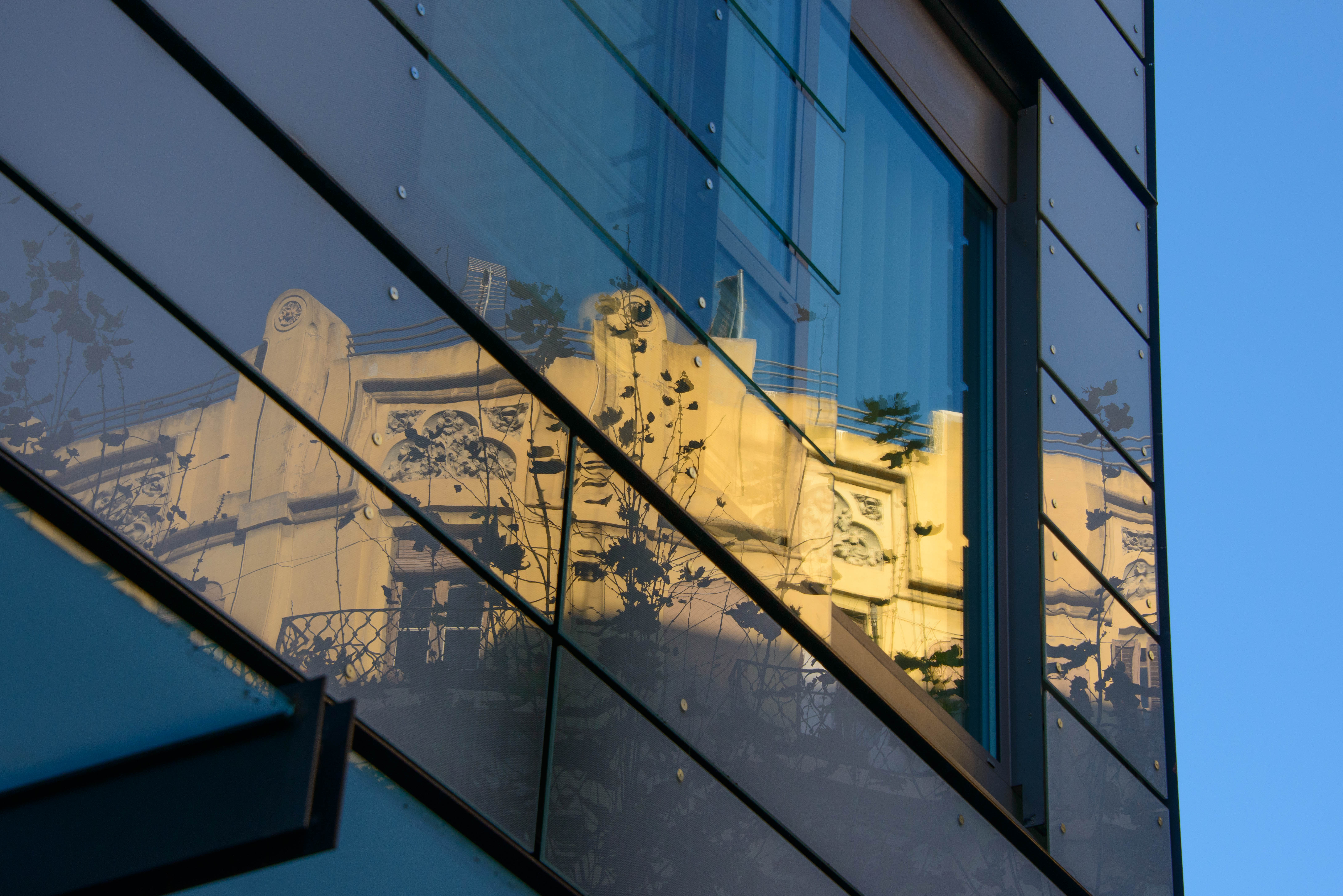 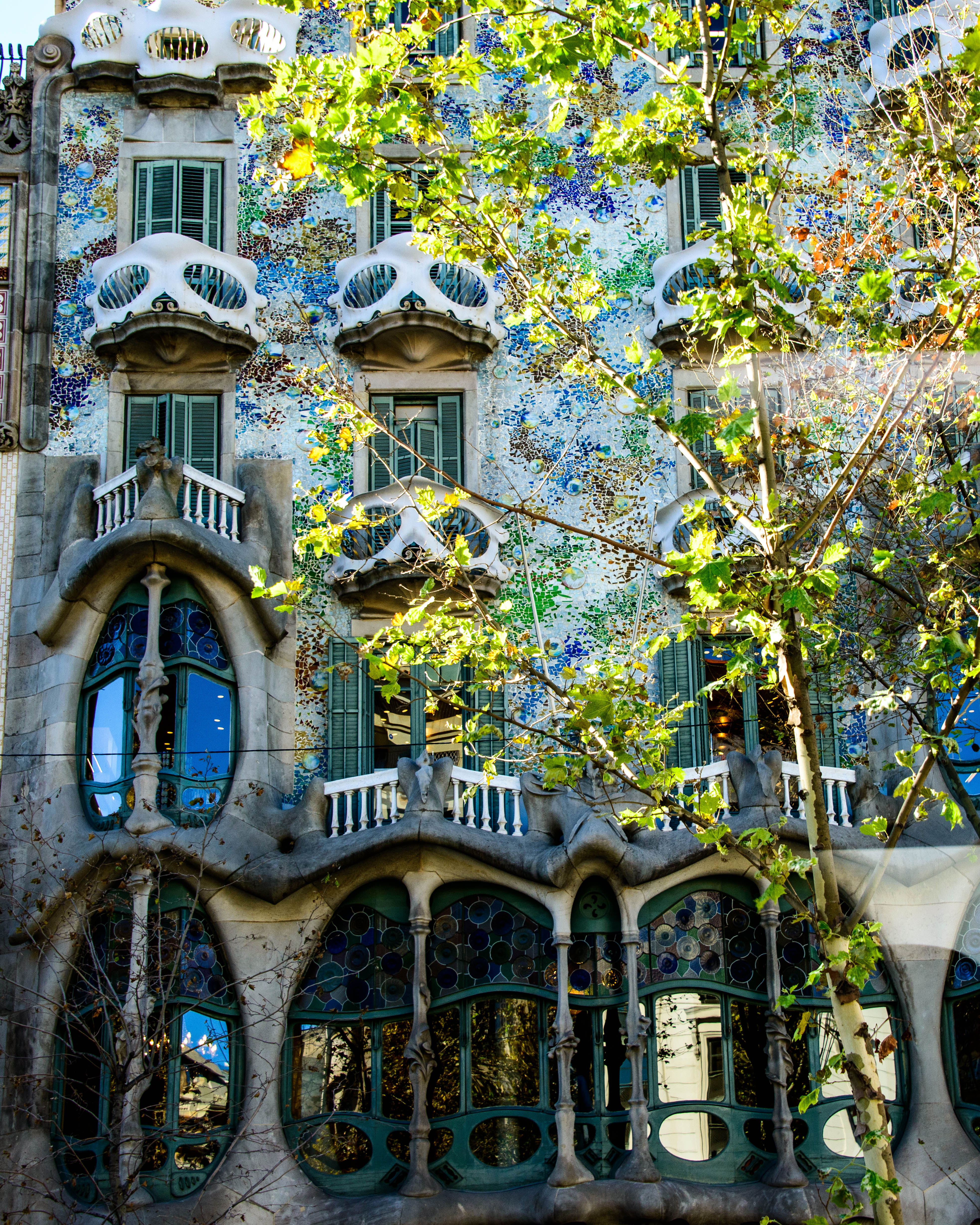 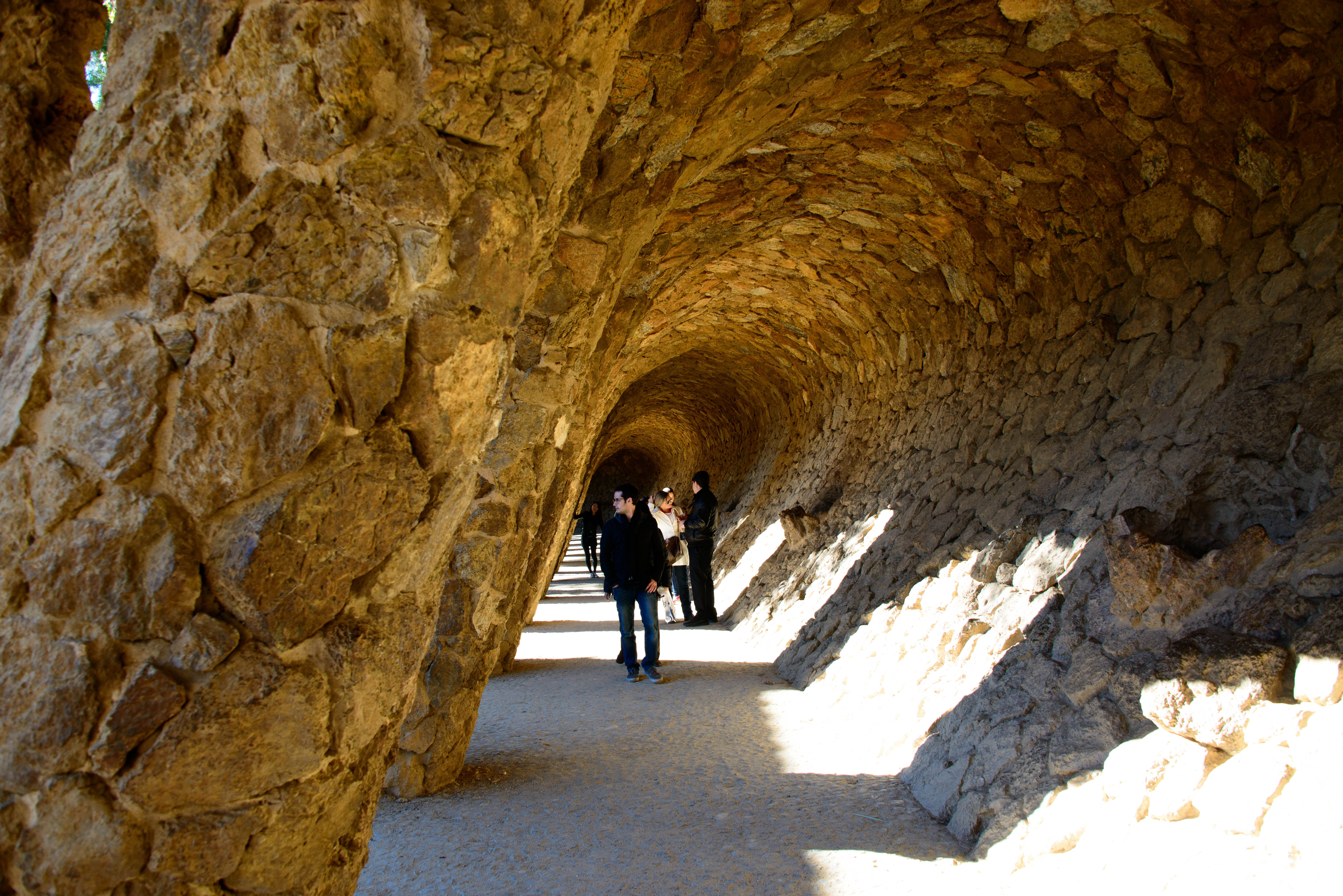 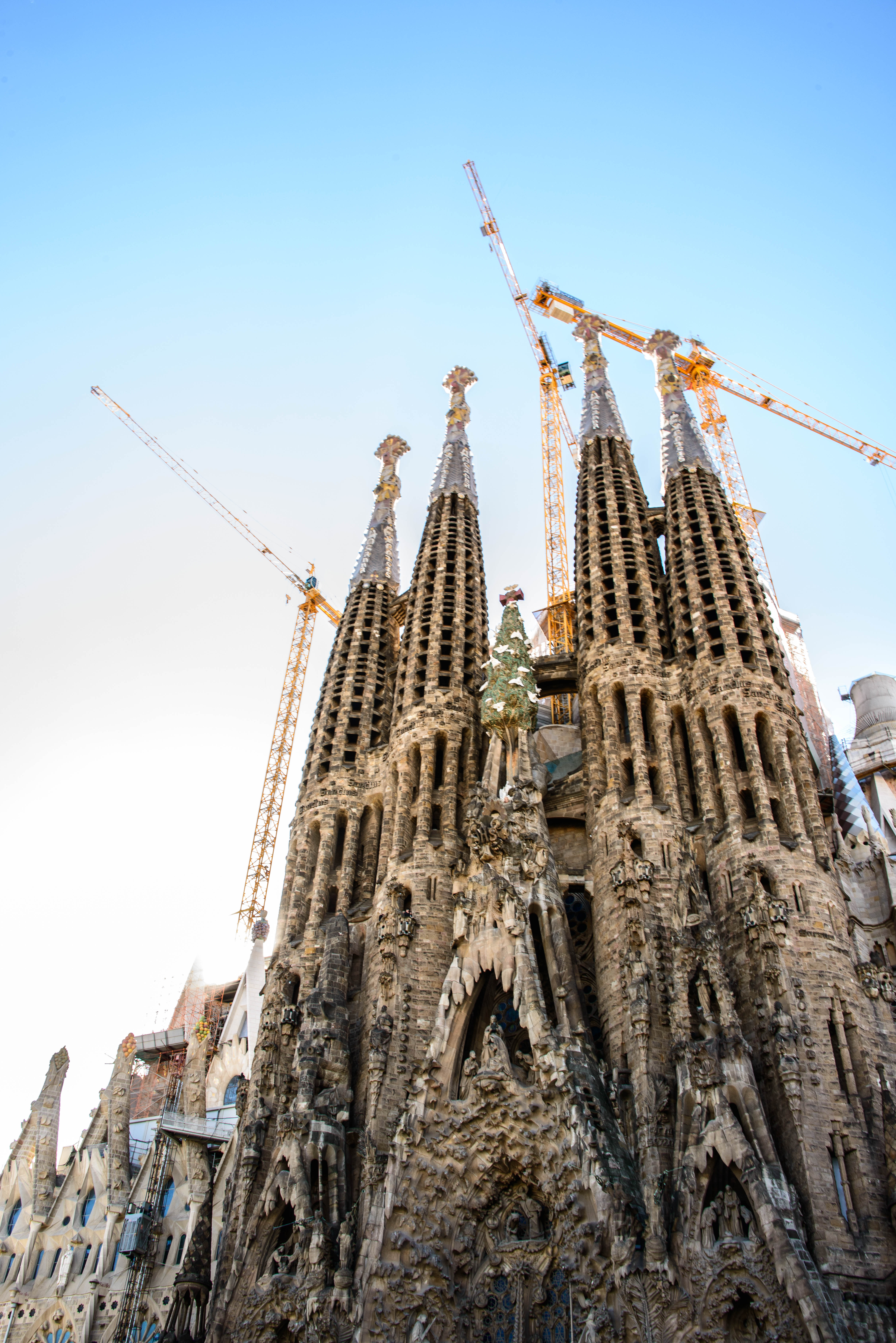 A fast-flowing pelaton of cyclists whooshes by in formation on the crowded Barcelona streets. 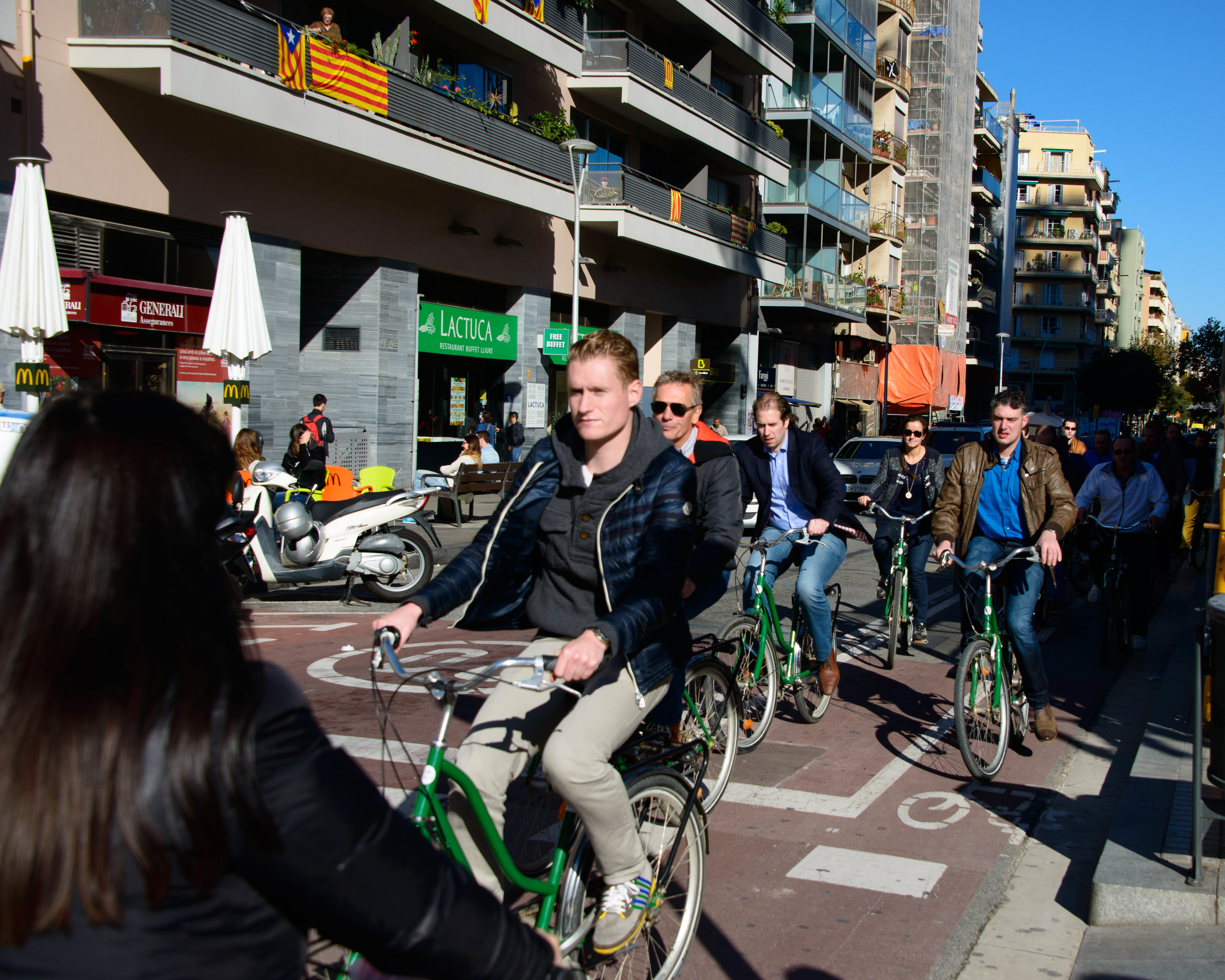 One thought on “2014—A Little Taste of Barcelona”