There are lots of birds here in South Texas that I have never seen until this trip.  One of those birds has a name that is for me, impossible to pronounce.  The name is easily butchered and that hasn’t helped me with its proper pronunciation.  We’ve seen the bird every day but on the first day, I couldn’t pronounce its common name and kept referring to it either as a pierogi or a pyracantha.  When I mentioned to Chuck that its name must be some sort of fiendish combination of Pyrex and Clorox, I decided I’d better figure out how to pronounce Pyrrhuloxia correctly.  According to Merriam-Webster Dictionary it is pronounced pir-(y)ə-¦läk-sē-ə, or for an even more decipherable pronunciation, pir-uh-lok-see-uh.  Webster explains the common name is derived from combining the bird genera for bullfinches (Pyrrhula) and crossbills (Loxia) which are derived from the Greek words pyrruos, meaning “flame-colored or red,” and loxuos, meaning “crooked.”  I’m now making an effort to pronounce it correctly but it still sounds all “Greek” to me.

The Pyrrhuloxia is similar to the female Northern Cardinal, with the shape and color of the beak as the primary way that non-experts can distinguish the two species.  Another common name is Desert Cardinal which is clearly much easier to pronounce.  This is a male Pyrrhuloxia, photographed from a blind at the Santa Clara Ranch in South Texas. Nikon D500, Nikkor 500mm PF lens. 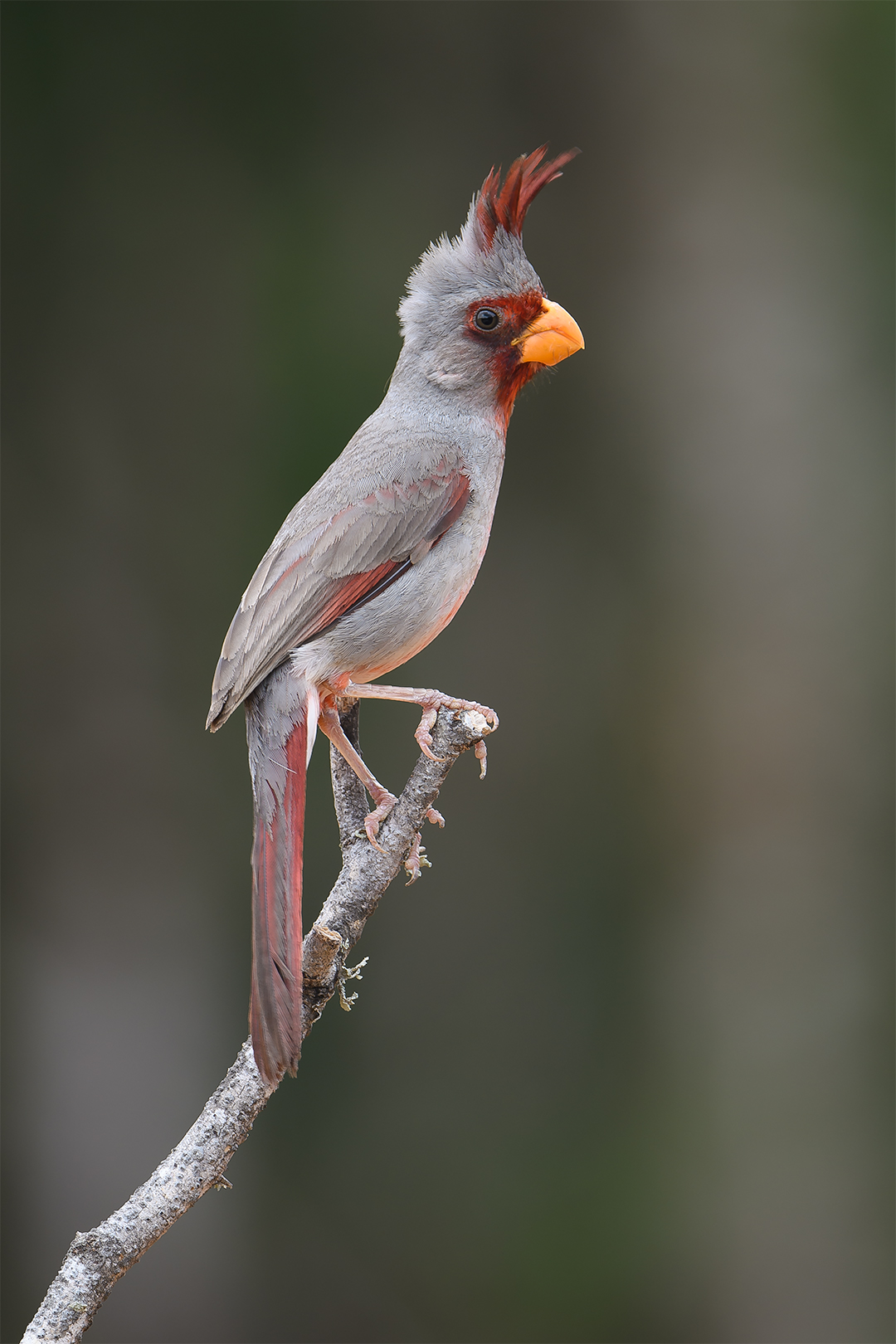