What an exciting year this has been for me !  I revisited several places I’ve been before and I’ve also had a number of firsts.  I’m  finding it impossible to decide what my favorite photograph was or which trip was my most memorable because I have favorites from each trip and each trip was unique.  I started out the year in Yellowstone National Park where I photographed a pack of Gray Wolves at a Bison kill. That was an exciting, unforgettable first for me and a photograph from that shoot won me photo of the year at my camera club.   2018 was a mix of big game, landscape, and bird photography.  A few trips focused primarily on birds, including Prairie Chickens and Sharp-tailed Grouse in Nebraska, Nenes and Red-tailed Tropicbirds in Kauai, Hummingbirds in Madera Canyon, Arizona, and Snow Geese and Sandhill Cranes in Bosque del Apache.   I visited Yosemite National Park twice.  The Grand Canyon and the Grand Tetons were grand, of course.  The Palouse in eastern Washington was a first, and I hope not a last, for its hauntingly beautiful landscape.  The least visited National Park, Theodore Roosevelt National Park in North Dakota was also a first time visit for me.  It was a stunner for its Badlands beauty and grazing Bison, not to mention its quirky time zone challenges…it is in 2 different time zones but for reasons unclear to me, you never know what time zone you’re in, as it changes seemingly on a whim.  In Arches National Park, I climbed up to Delicate Arch to photograph the arch under the Milky Way, then managed to climb back down in the dark…a challenge and yet another first for me.  I had a few other memorable trips this year but I chose this photograph of a Bull Moose in Chugach State Park in Alaska for this post because I’d never been quite so close to a moose before.  So close, in fact, that I took this photograph using my 70-200mm lens set to 200mm.  I had been using my new 500mm lens but when the moose began to approach the stream that separated him from us, I had to quickly remove my 500mm lens and replace it with the 70-200mm which I thankfully had in my jacket pocket so I could get this shot. 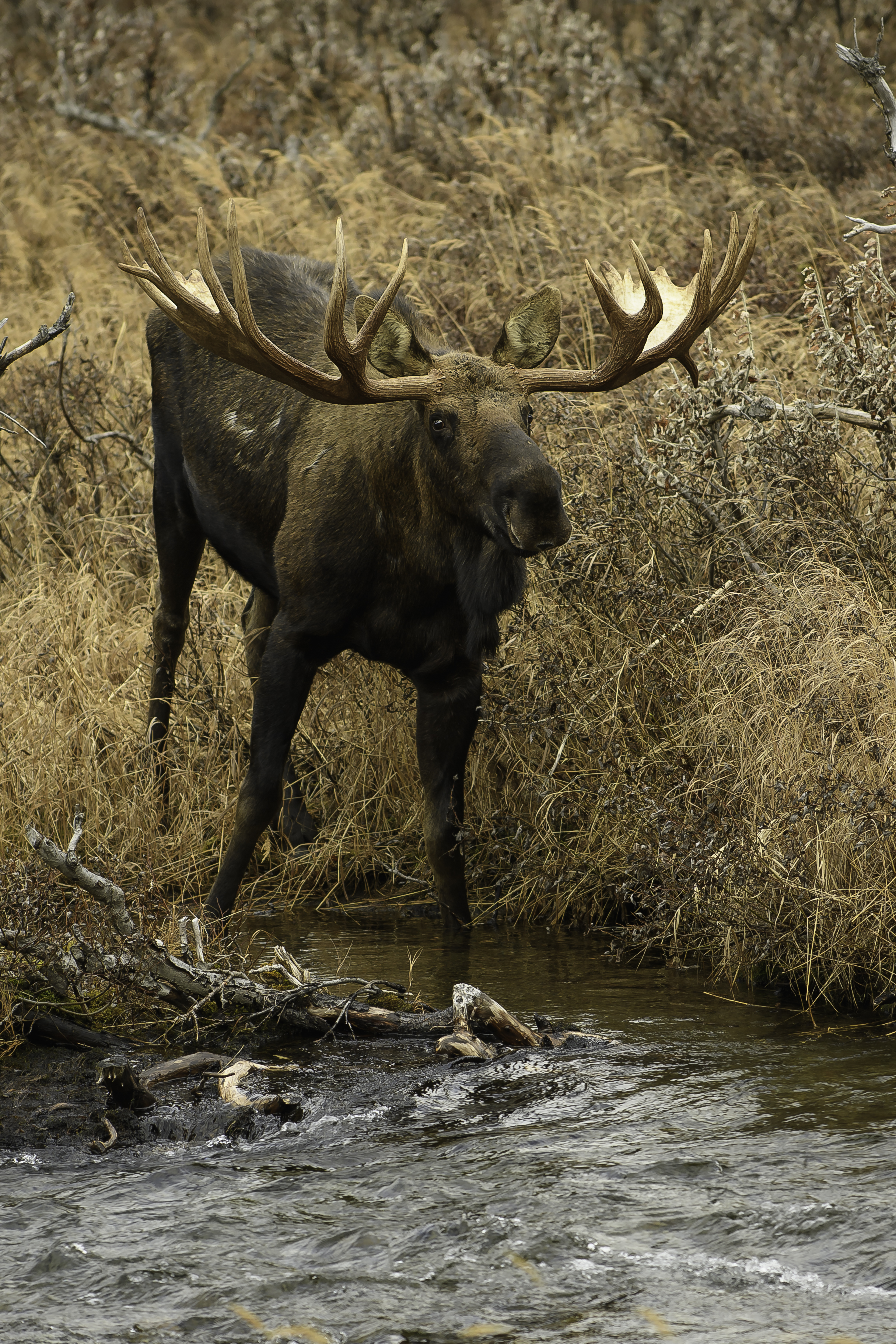